I can’t tell you how excited I was meet Brad Bird. The term ‘Creative Genius’ gets thrown around a lot, but after my conversation with him, there was no doubt as to why he’s earned that title. Brad Bird was well-spoken, intelligent, passionate, and (no surprise) a fantastic storyteller. 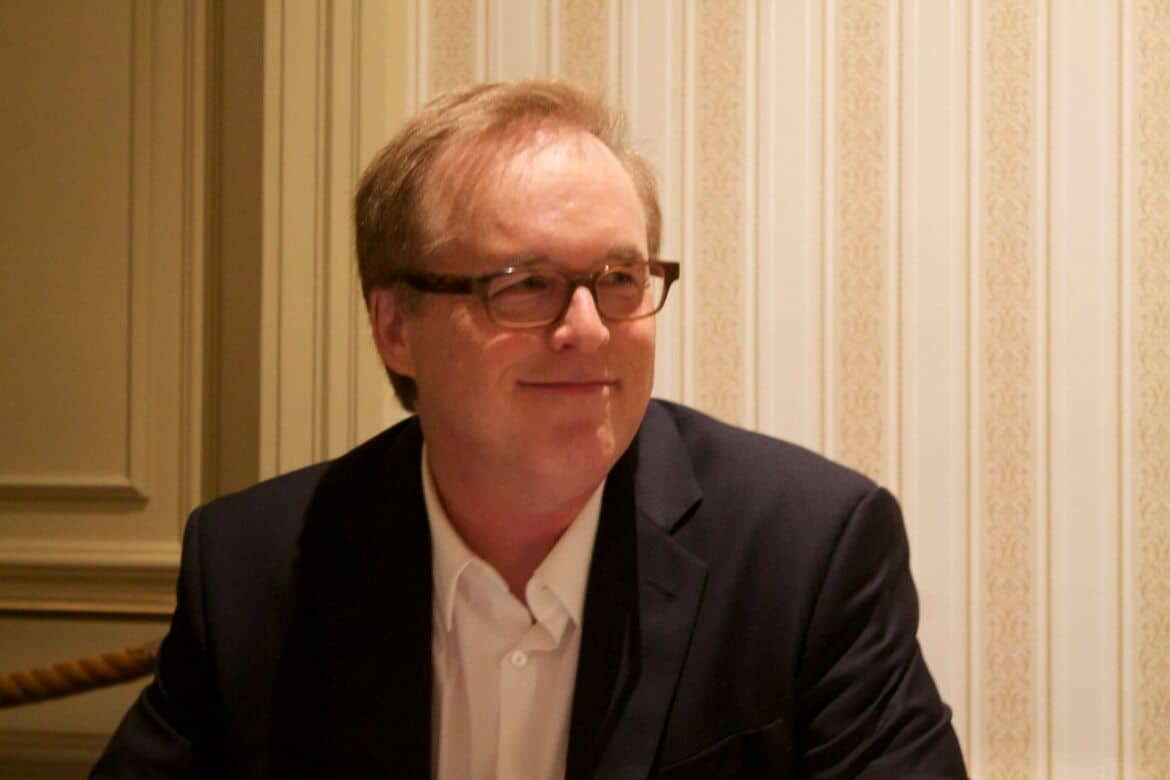 KEAN ELI: Tomorrowland seemed like such a passion project for you. What was it about the story that made it so special for you? That it’s almost a dream come true make it?

BRAD BIRD : Over a lunch, Damon Lindelof and I started talking about how conception of the future had changed since we were kids. When we were kids it was like a Jetson’s mentality. The future is gonna be fun — we’re all gonna’ have jet packs!

KEAN: I for sure thought I’d have a hover board by now!

BRAD  : Yeah exactly! So [Damon] and I then thought, “When did that change and why did it change?” It’s not that now. If you talk about the future and you want to be taken seriously, it’s an apocalyptic wasteland where we’re all gonna’ die. So we wondered if we could make a fable about that that’s simple and fun on a popcorn level.

KEAN : What are you most proud of about the final film?

BRAD: I’m proud that the message is a positive one about the future and that hopefully people come out of it thinking that they can have a hand in, in shaping it.

KEAN: One of my favorite parts of the film were all the clever ideas like incorporating the World’s Fair. What was that development process like?

BRAD: It started with Walt’s idea of the future. So we asked ourselves, if you were a kid, how long would this be? We thought 1964 right about at the end of the idealistic phase.

BRAD: My vision is relatively small. I just hope to tell a number of stories and different kinds of movies. I also want showmanship to be brought back into movies; big theaters that have great sound and there’s some presentation to it. But right now, I’m really happy to be playing with my Incredibles toy set again.

KEAN: The upcoming release of the DVD Blue Ray, but is there any particular Bonus Features that you’re particularly excited to share?

BB : Actually, we did a little animated film that was originally intended as a structure for the ride that goes underneath small world. But it didn’t work out with the timing so we ended up cutting it.

I had the opportunity to watch the animated short and really enjoyed it. I provides some background for the film and makes a great introduction.

Also, as an added bonus, here is a short clip of Brad Bird on set with Raffey Cassidy.

13 thoughts on “A Chat with Tomorrowland Director, Brad Bird”