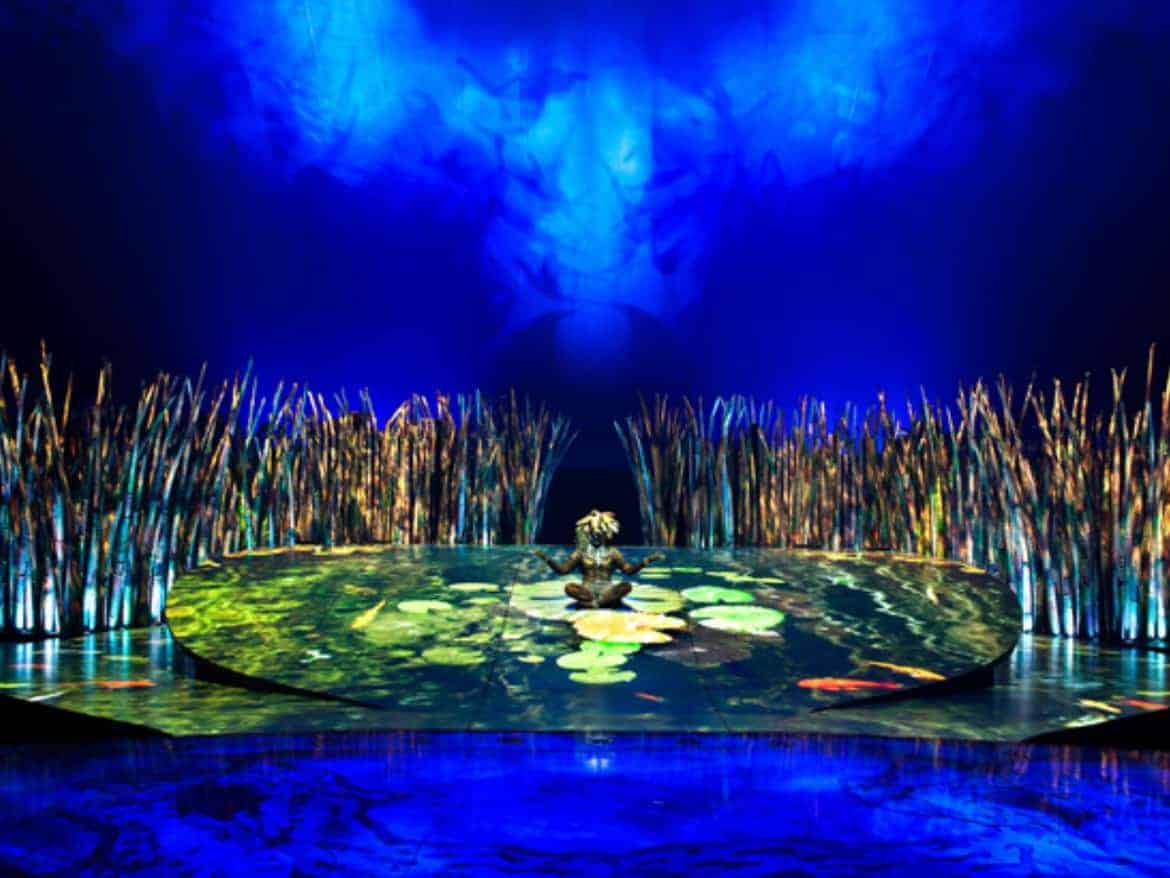 After getting a sneak peak of TOTEM at their advanced media day last month, I was excited to see the TOTEM production in full effect as the show washed ashore at The Port of Los Angeles in San Pedro, California.

Underneath the iconic blue and yellow tents is the fascinating world of TOTEM. The intimate show only has room for around 500 guests, but in doing so all seats have truly a breathtaking view.  The rounded stage is front and center, only a few feet off the ground, and has a gorgeous tall grass background where the live band performs musical components selected by composers Guy Dubuc and Marc Lessard. 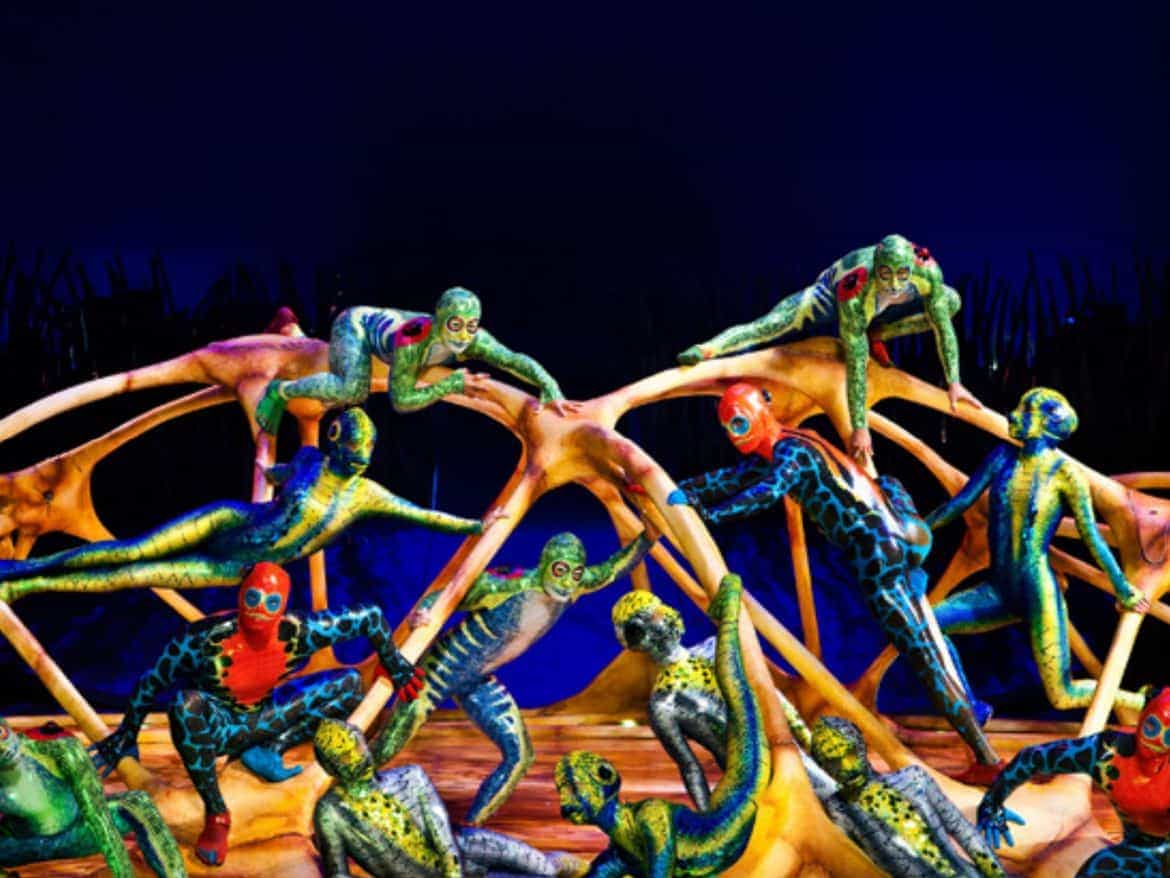 The show begins with a beautiful tortoise shell that rises from the ground to reveal a breathtaking bars performance that mixes traditional gymnastics with use of a trampoline ground for a twist. While not at first apparent, TOTEM takes guests on a journey, exploring the evolution of humanity from its primordial, amphibian state towards the aspiration of flight, taking inspiration from may of humanity’s founding myths. Each of TOTEM’s acts are unique and don’t always connect effortlessly, transitioning from a flirtatious trapeze performance, to a Native American Hoop Dance, to Jersey Shore clowns; but in the end the show almost displays symbolism on accident, showing how our journey of evolution still leaves so many loose puzzle pieces that remain waiting to be properly pieced together. 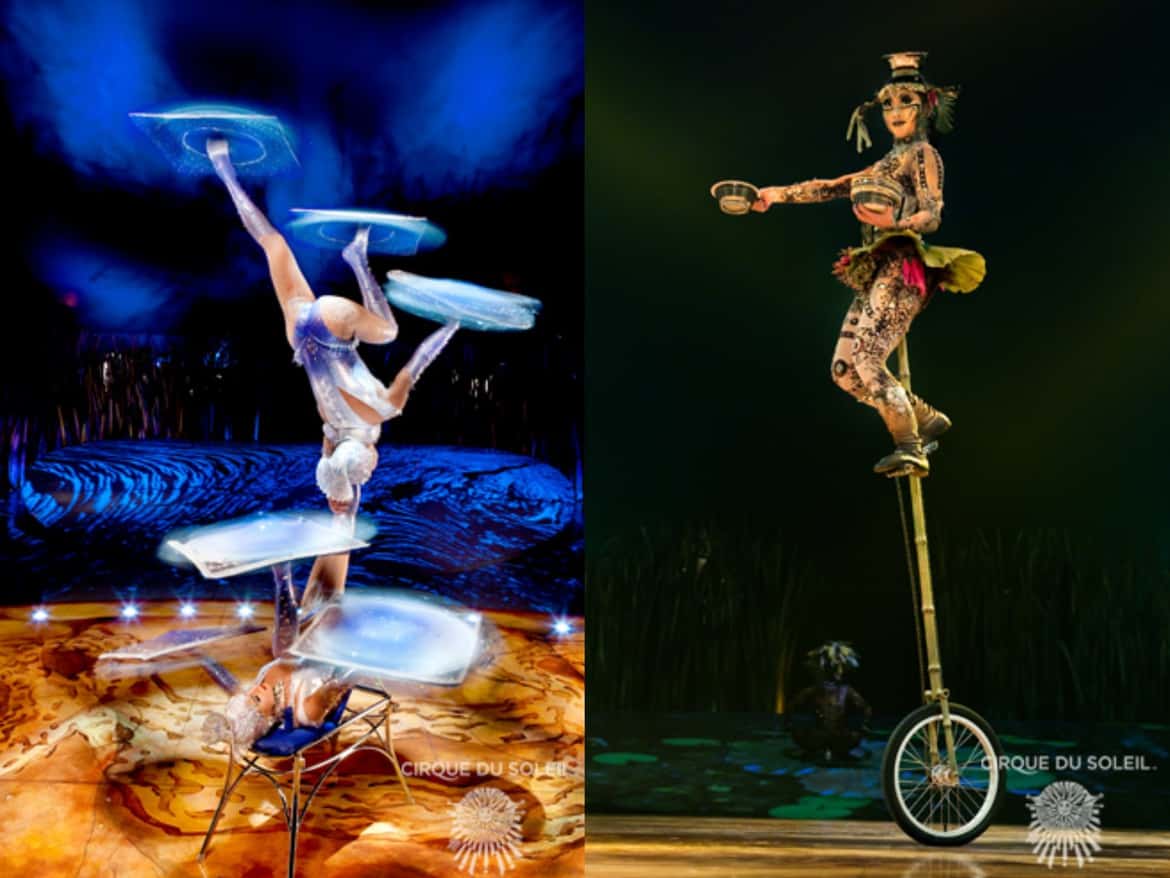 Throughout the two hour and fifteen minute performance, twelve distinct presentations take the stage performing high-caliber circus skills and other performing arts. As a personal fan of extremes, even I found myself becoming stressed at certain points of the show for how elaborate and detailed some of the acts were. Around the midway point of the show, a group of female artists ride seven-foot high unicycles while balancing and throwing metal bowls on one another’s heads. There were a few moments where some of the bowls had to be adjusted with the performers hands, but the performance went off almost effortlessly and was one of the most impressive performances I’ve seen to date.

One of the most applauded acts of the evening was the foot juggling, where two women use flat squares made of fabric material to perform an antipodism act while spinning the squares on their hands and feet, while also tossing them to each other’s hands and feet. The women’s beautiful outfits mixed with the gorgeous, glittery squares made for such an awe-inspiring performance that they received a standing ovation. 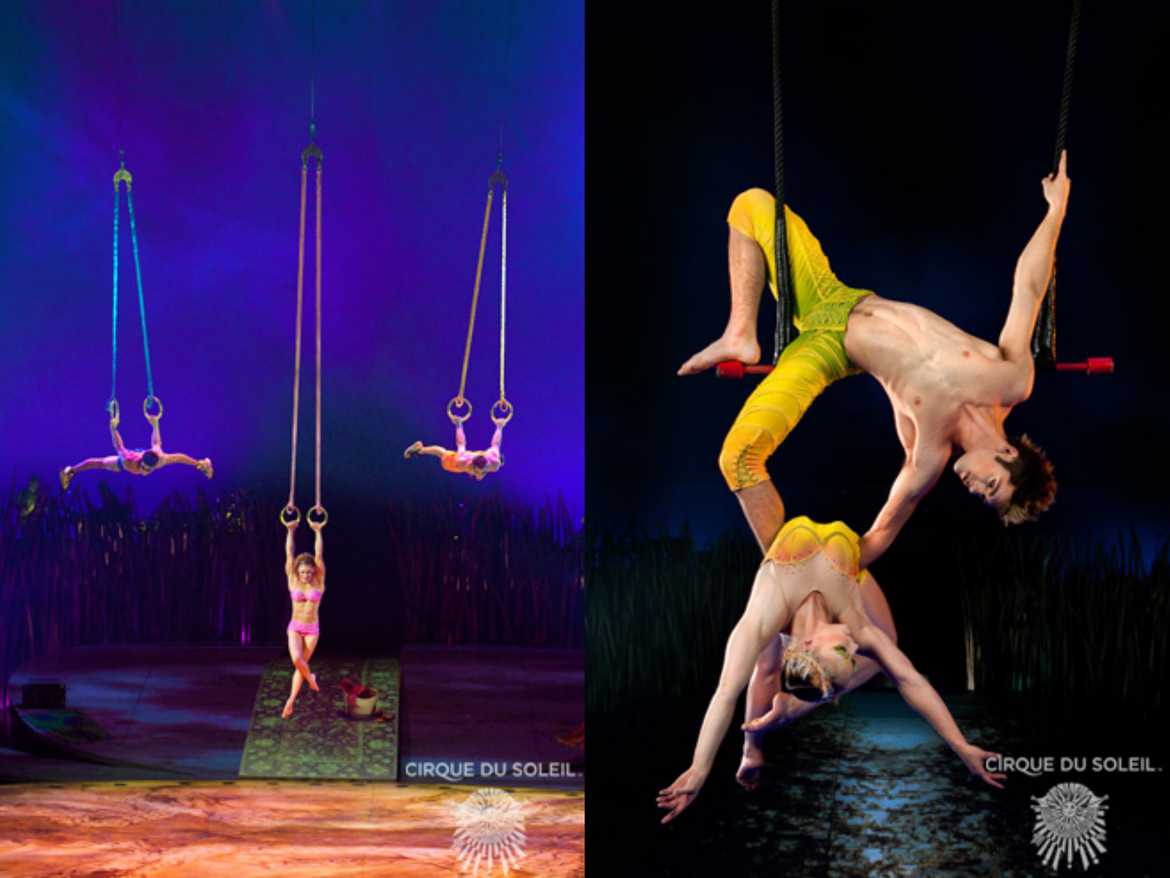 As a whole, TOTEM is impressive to say the least. Written and directed by Robert Lepage, TOTEM transports audiences into a fantasy world where everything is possible and guests have a fully immersive experience. With 779 costume elements, fifty-two performing artists, and interactive projection technologies, audiences truly feel apart of the journey, traveling through swamps, starry nights, lakes and volcanoes to explore evolution in a truly unique way. Currently visiting San Pedro, CA until October 27th, TOTEM will visit Irvine, CA and Santa Monica, CA before traveling to Portland, OR and Vancouver BC on their 2013-2014 tour.

Thank you Cirque du Soleil for providing us complimentary tickets in order to review the performance.