When an animated movie is pulled off seemingly effortlessly, that’s typically a sign that millions of hours were invested into the film in order to accomplish such a feat. One such example of a brilliant movie, is Cloudy With A Chance of Meatballs 2. The film (which arrives on Blu-ray 3D, Blu-ray, and DVD tomorrow) features the same exceptional animation as the first film, as well as an expanded look into inventor Flink Lockwood’s most infamous invention, a machine that can turn water into an unlimited supply of food and the “foodimals” that the invention creates in this latest dangerously delicious mission to save the world – again. In order to immerse audiences into the film and make both the concept and the “foodimals” believable, Sony brought on Kris Pearn who served as Head of Story for the 2009’s original film as the director for the sequel, along with a talented list of filmmakers to create the film, end credits, and all-new mini movies for the digital release. Director David Feiss, Director and voice talent, Cody Cameron, and end credit contributors Kevin Noel and Seamus Walsh sat with Surf and Sunshine during a media day, to discuss the film, sentient food, and the effort that went into making Cloudy With A Chance of Meatballs 2. 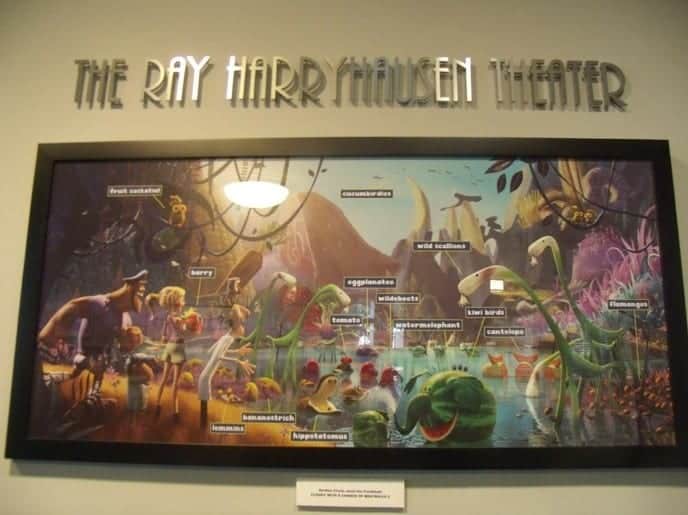 Hosted at Sony Animation Pictures Studios in Los Angeles, Director David Feiss whose previous credits include the 1980’s revival of The Jetsons, Rango, and Sony’s first CG animated film, Open Season, greeted Surf and Sunshine inside The Ray Harryhausen Theater on property, where two of the four mini-movies made for the digital release were shown. Properly titled, “Steve’s First Bath” and “Attack of the 50-Foot Gummi Bear,” each of the mini movies had between 2-5 weeks to be created from start to finish but no sign of the short deadlines were apparent. Showing more of the everyday adventures Steve finds himself on being a monkey prone to chaos, both films show the furry favorite narrowly escaping disaster for different reasons. Myself, and others in the studio found ourselves laughing frequently at the series of unfortunate events that occur, and both of the mini-movies left us wanting more. During a roundtable Q&A, Feiss mentioned that there are talks of making a Cloudy television show, so perhaps more Cloudy adventures will take place on the small screen down the line! 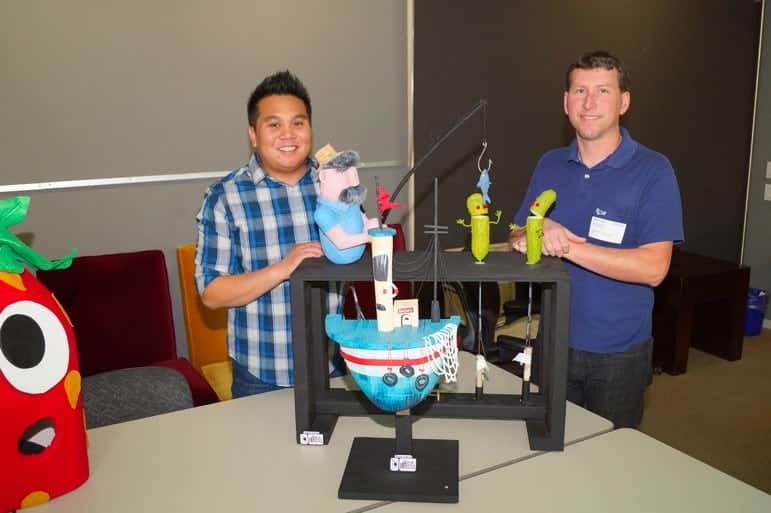 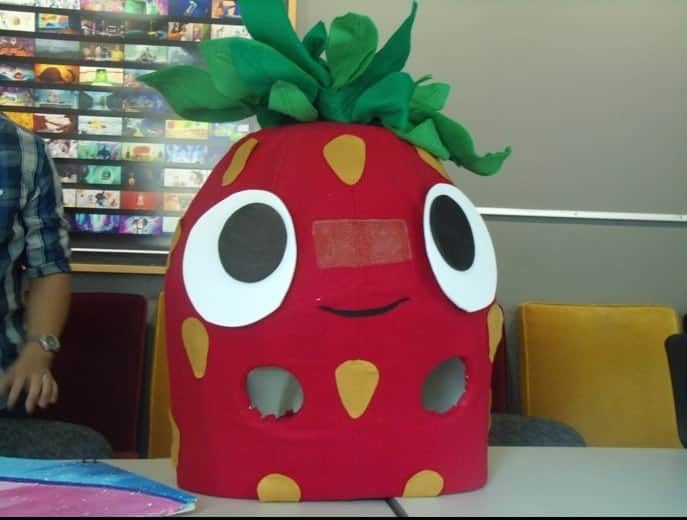 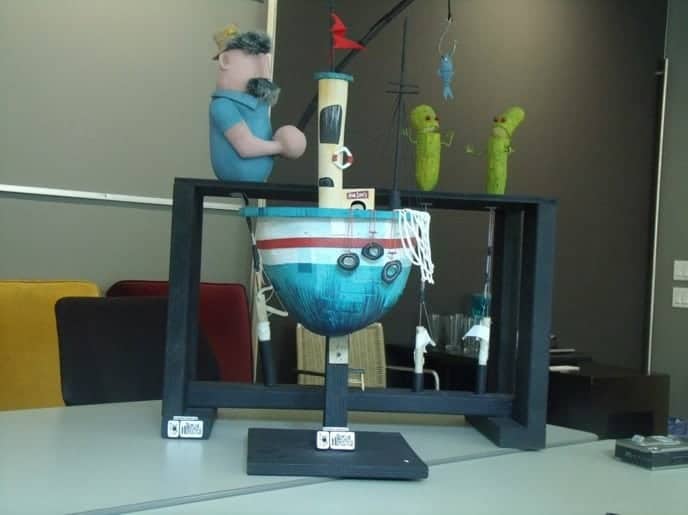 Beyond the 2D animation seen in the film, Production Manager of the End Credits Kevin Noel and the Animation Supervisor at Screen Novelties, Seamus Walsh introduced a short feature that’s apart of the digital version of the film, that goes behind the scenes of their work creating the end sequence. In order to create the special “final scene” during the credits, a mix of 2D, 3D, puppets were used, in addition to a portion that included having children wear Berry the strawberry costumes to and from Echo Park here in Los Angeles. “We wanted to test out the reaction locals would have, so we had the kids actually wear the costumes to and from our offices at Screen Novelties to Echo Park which is a few blocks away. Surprisingly, we had a few passerby’s look, but no one really cared that there was a huge strawberry walking the streets” Walsh laughed about. Following the movie, we were able to walk into the offices and see the puppets up close, which was quite enjoyable. “It’s interesting seeing this here,” Noel admitted, “because the way the camera captures the sets, and the way you can see it, they look great, but from our point of view, I’m realizing there are still price stickers on the back and it’s really not that glamourous.”

Glamorous or not, an unbelievable amount of hours went into the concept, planning and execution of the animation film as a whole. For example, the initial island scene that shows all of the different “foodimals” took 2.15 millions hours to process, and that’s just one scene! In all, there were 120 foodimals that were created, with 39 making it into the film, including the Cheespider. “We had a lot of great ideas, but we had to make sure that the audience would realize what we were creating. For those reasons, the creme brulee portion didn’t make it, but Ice Cream Mountain did. Same goes for the T. Rex S’More monster, that had a marshmallow body, graham-cracker mouth and chocolate teeth, although that’s a bit more recognizable ” director, voice actor and musician for the film Cody Cameron admitted. 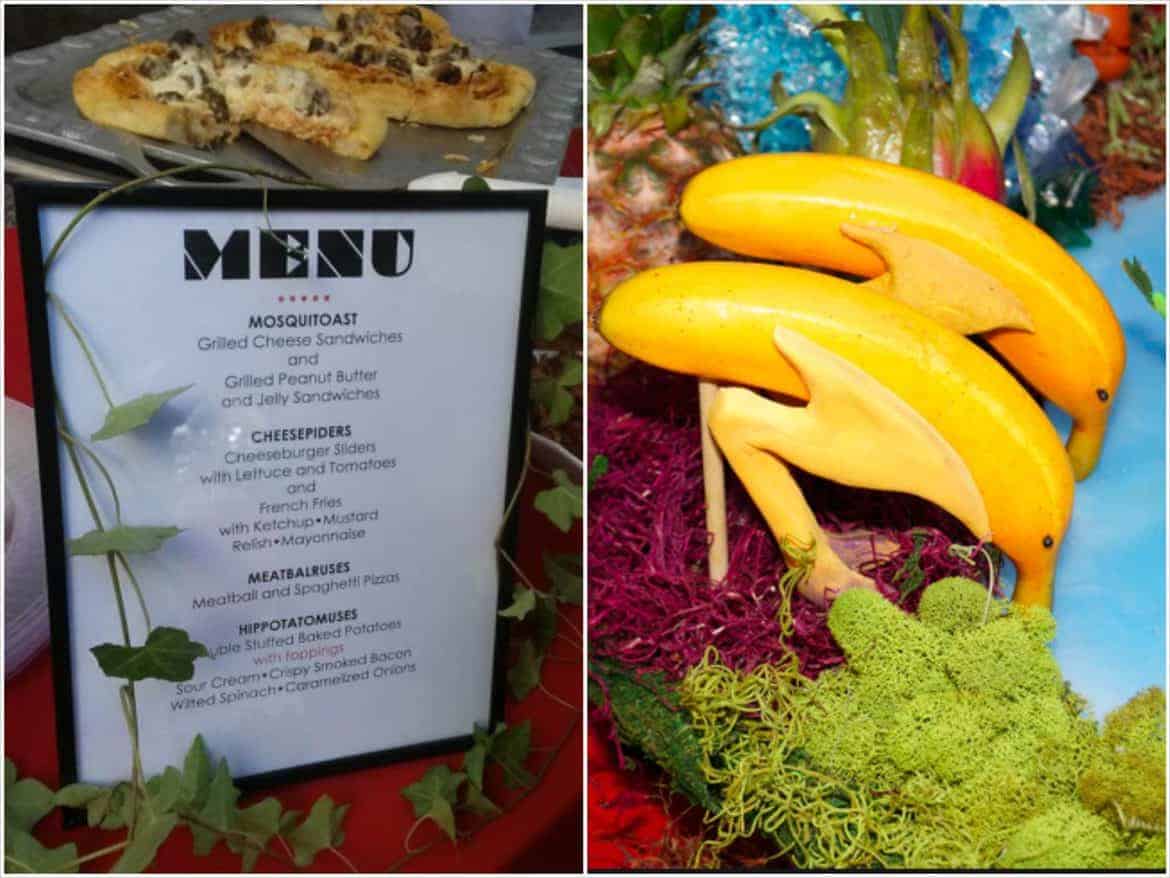 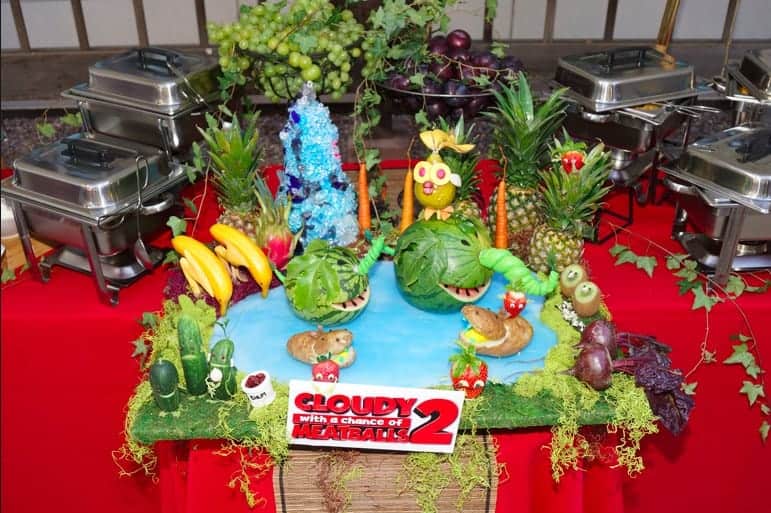 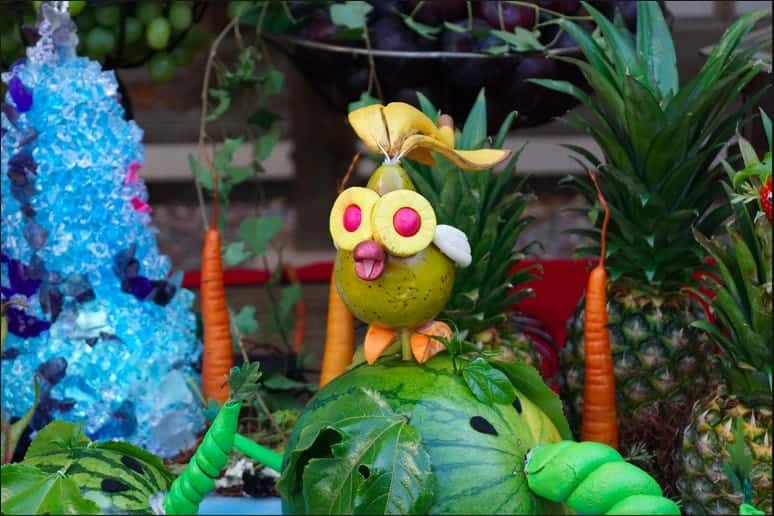 The T.Rex S’more Monster may not have made it into the film, but in a group lunch with the animators and directors we were able to sample the chocolate monster ourselves, along with a variety of other foodimals, including Mosquitoast sandwiches that varied in PB&J and grilled cheese, to cheeseburger Cheespiders, the famous Meatbalrus which was a spaghetti and meatball pizza, and Hippotatomuses made of double stuffed baked potatoes! Yumm! Kids of all ages loved the play on words with the meal, and enjoyed seeing the edible creations lining the lunch table. 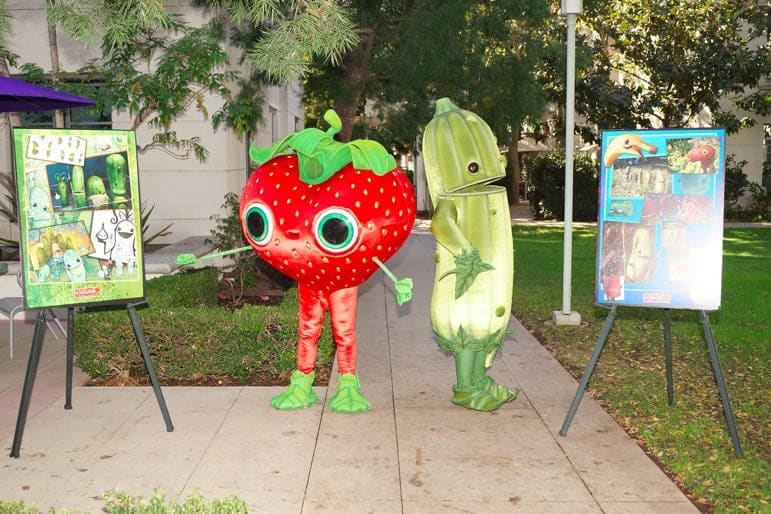 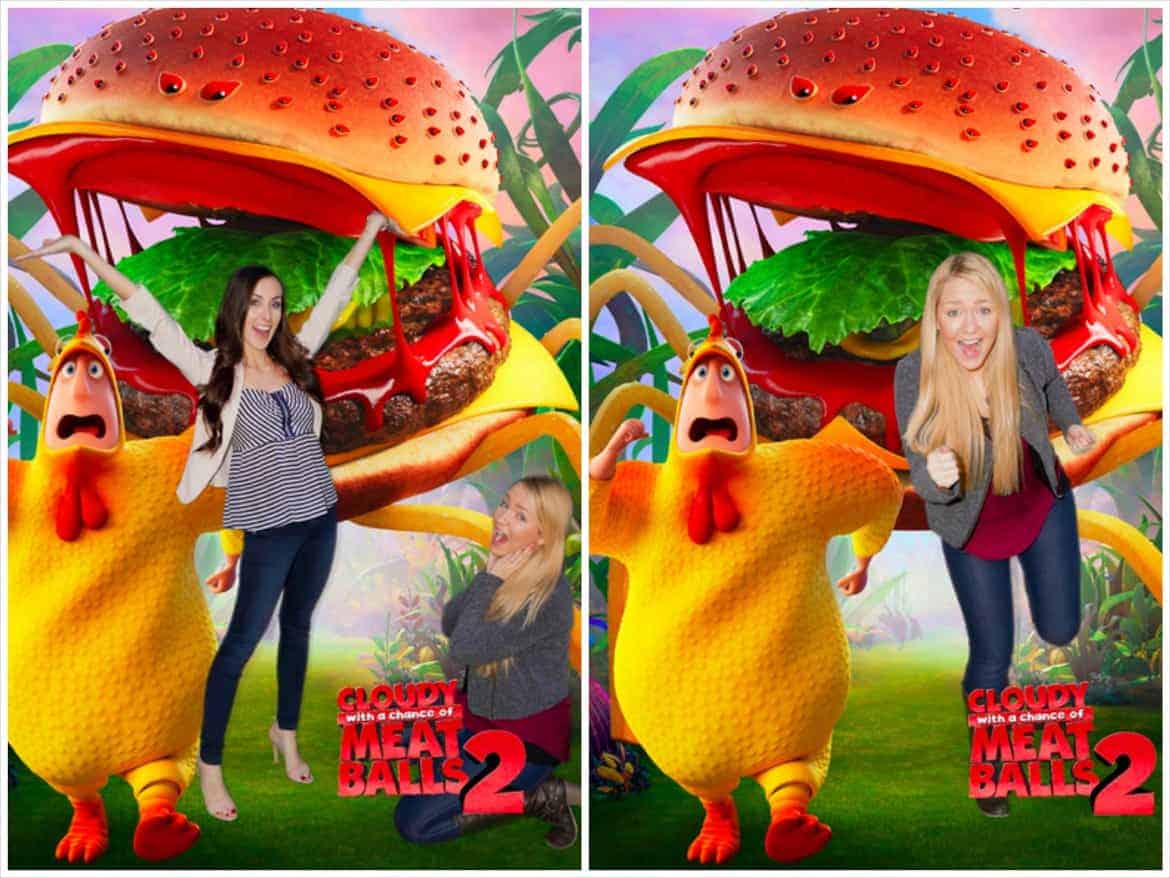 To see all of the foodimals, and draw inspiration for your own monster meal, Cloudy With A Chance of Meatballs 2, is officially released as of January 28, 2014 and is a deliciously delightful film for the whole family.

Cloudy With A Chance of Meatballs 2 is rated PG and runs 1 hour and 35 minutes.

I was invited to attend this event as media, but all opinions remain my own. All pictures not taken by myself, are copyright Sony Animation.