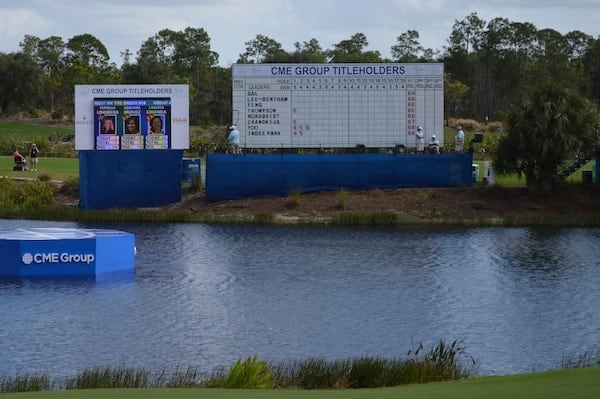 Recently I was incredibly fortunate to be invited to Naples, Florida for the 2013 LPGA CME Group Titleholders event. It was held at the gorgeous Ritz Carlton of Naples, with the tournament taking place on the esteemed Tiburon Golf Course. With the third year of the CME Group Titleholders brought the best of the best. Over 70 of this years best players were competing on a 72 hole course for a purse of 2 million dollars.  The winner would be taking home a hefty $700,000. 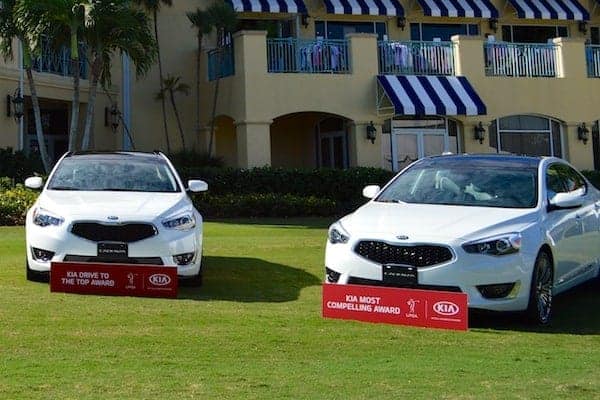 As my friend Lindsay and I made our way to the Titleholders club on the 18th hole, we couldn’t help but take notice of the four new 2014 Kia Cadenza‘s parked on the lawn. The cars were to be given away to four women during the Kia Performance Awards. I can admit I was green with envy! 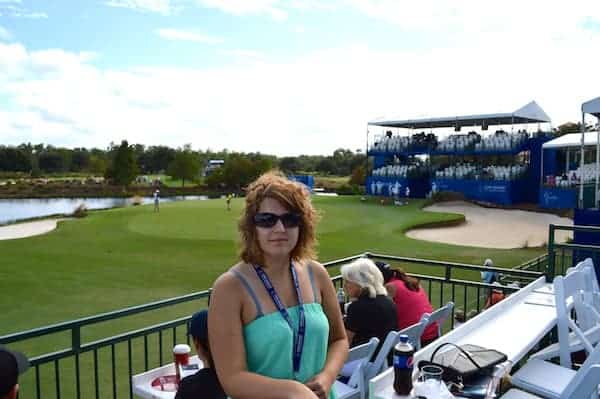 As we arrived at the Titleholders club I realized just how little I knew about the game of golf, honestly I didn’t even know we were sitting at the 18th hole! But I was anxious to spend the day watching and learning. While I didn’t know much about the game, I was literate enough to notice names like Michelle Wie, Pink Panther Paula Creamer, and Rookie Nicole Smith. After getting a bit better grasp of the game from the wonderful (and incredibly knowledgable) people around us, we settled down with some cold beverages and a delicious lunch to take in the action. It was a sweltering day and the cool breeze was much appreciated by myself, less so for the golfers on the course I imagine. 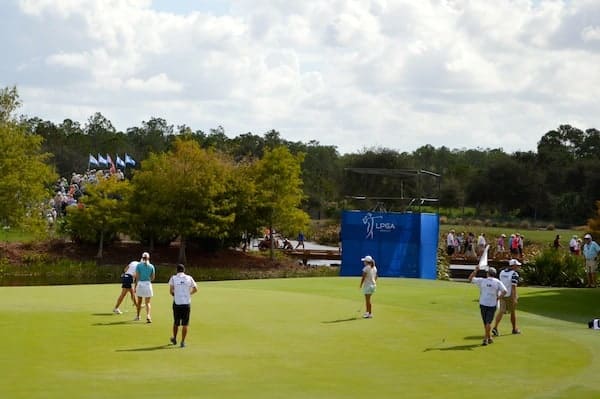 Despite less than favorable conditions, China’s Shanshan Feng was able to beat out the rest of her competitor for her 3rd career victory. She finished the tournament with a  bogey-free 6-under 66 to finish at 15-under 273, one shot ahead of American and third-round co-leader Gerina Piller. With her victory game a $700,000 check and total career earnings of just over $4 million.

Despite my limited knowledge, even I knew this finished out a strong year for Shanshan with earnings of just over $1 million, 8 top-10 finishes and six top-fives. She also became first time Rolex Winner and the first-ever Chinese winner on Tour at the Wegmans LPGA Championship.