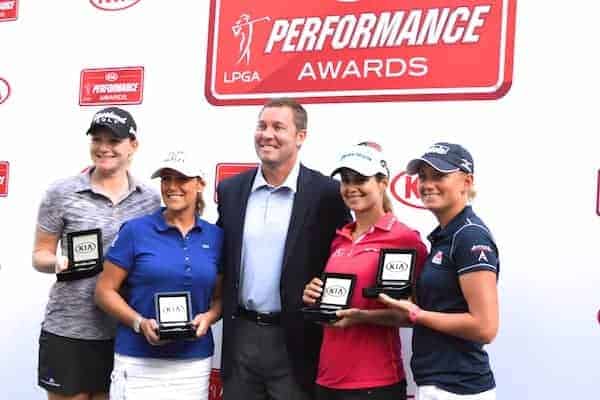 This past week I was so fortunate to be invited to the second annual Kia Performance Awards ceremony in Naples, Florida. We were there to recognize four outstanding women in their impressive LPGA Performance or Community Involvement. Not only were they being recognized but they were all being rewarded with a new 2014 Kia Cadenza!

“The Kia Performance Awards are an integral part of the relationship between Kia and the LPGA as they recognize outstanding achievements by some of the best golfers in the world,” said Michael Sprague, executive vice president, marketing & communications, Kia Motors America. “As one of the fastest growing car companies in the U.S. over the past five years, we are pleased to offer the 2014 Cadenza, Kia’s highly praised premium sedan, to the Kia Performance Awards winners for their accomplishments on-and-off the golf course.” 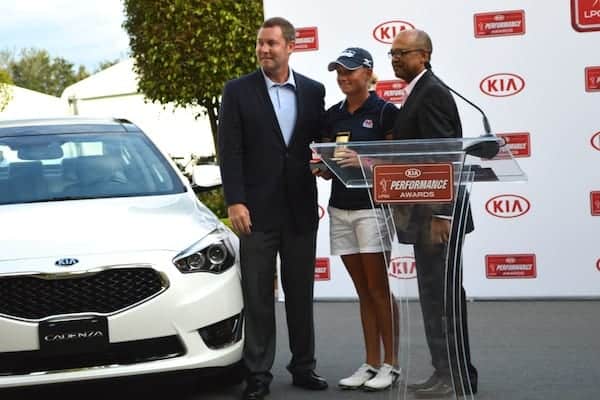 Kia Drive to the Top Award

Stacy Lewis was the recipient of this award, which was given to the player with the most top-10 finishes of the season. 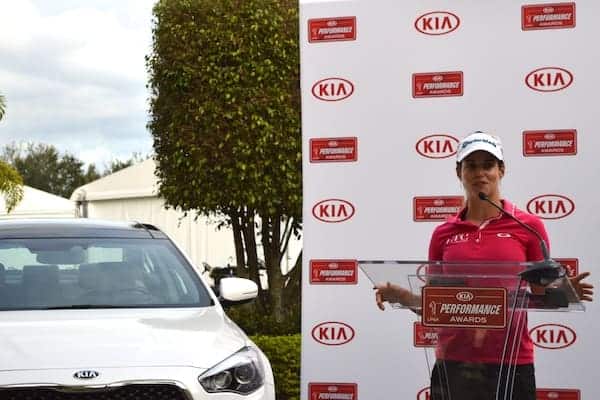 This award was given to Beatriz Recari based on her exceptional performance as well as fan votes received.

Birthdate: April 21, 1987
2012 In A Nutshell: 20 Events, 20 Cuts Made, 7 top-10 Finishes, and 5 Top-5 Finishes
Fun Fact: Her favorite place to travel is Japan and she admires professional tennis player Maria Sharapova. 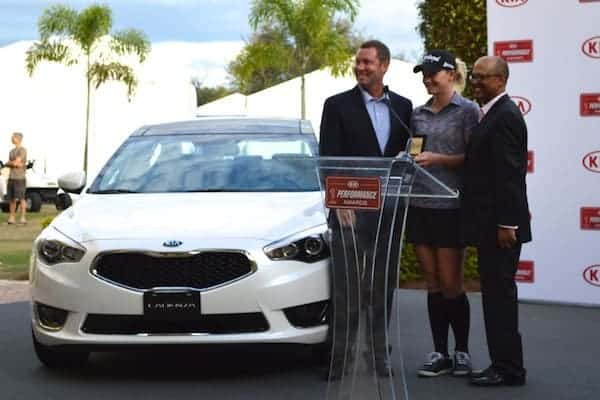 With this award Kia recognized a player who makes exceptional contributions to charity organizations or community programs. This year Cristie Kerr was such player. Since 2009, Birides for Breast Cancer – Cristie Kerr’s annual charity event – raised more than $2.5 million for cancer research. Three years ago Cristie opened her own health center at LibertyHealth Foundation at Jersey City Medical Center to provide women’s health programs, community prevention and outreach to women in the area. 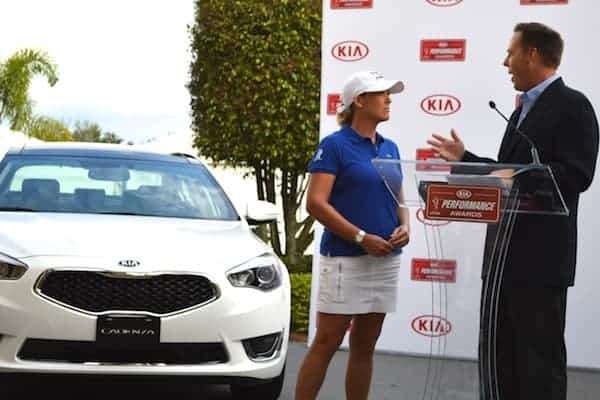 I personally loved the cinderella story that came from this award. LPGA rookie Nicole Smith has had her eye on the Kia Power Drive award, given to the player with the longest driving average, since it’s first year. This year she set after it with a vengeance and was met with success. In 2013 she averaged 274.9 yards per drive, nearly five yards more than the runner up!

Birthdate: December 9, 1986
2012 In A Nutshell: 5 Top-10 Finishes, 9th on the Money List
Fun Fact: She is a certified Scuba Diver. Her first official open water dive was a Shark Dive with Grey Caribbean Reef Sharks.

In turn, Kia was recognized for their outstanding contributions to the women’s LGPA. In addition to the Kia Performance Awards, Kia is also the Official Automotive Partner of the LPGA, title sponsor of the Kia Classic and Official Tournament Vehicle for five LPGA events.