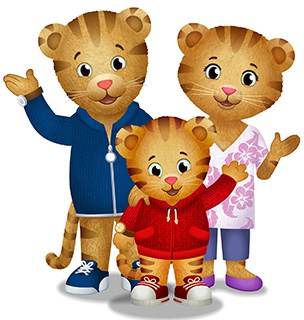 Like most adults, I don’t remember a lot from early childhood. Just bits and pieces that pass through my conscience at the most random times. But it never fails that there are certain sensory stimulation that can instantly pull me back to moments in my childhood. The smell of horses, the taste of cotton candy or freezer pops on a hot summer day. I didn’t realize it until I saw a man wearing a red sweater at Macy’s the other day that I have strong memories of watching Mr. Rogers neighborhood.

Mostly I remember the way the show made me feel. Mr. Rogers had one of those voices, despite being incredibly soft spoken he was able to make me sit quietly as I watched. The man and his brainchild Mr. Rogers Neighborhood were an enigma. It had a captivating effect on children. It’s no wonder the show lasted for over 3o years. Unfortunately all good things must come to an end – or do they?

I participated in this program on behalf of The Fred Rogers Company and The Motherhood. All opinions are my own.

But instead of puppets the characters have come back to life through adorably cute, wide eyed animations. There have been a few changes and you will see subtle differences but all of the sentiment is there. The show discusses the everyday problems the majority of 2-5 year olds face: potty training, separation anxiety, feelings, sharing and more. Like the original, Daniel Tiger’s Neighborhood has been a winner with tots and parents alike.

And now kids can bring the characters into their dimension with the new Daniel Tiger Toys. I was recently able to chat with team members from The Fred Rogers Company, Tolly Tots and Out of The Blue about their new line of children’s toys and I was so impressed. They toys are everything parents are looking for – great toys at an even better value. More than that, the toys are incredibly well thought out. 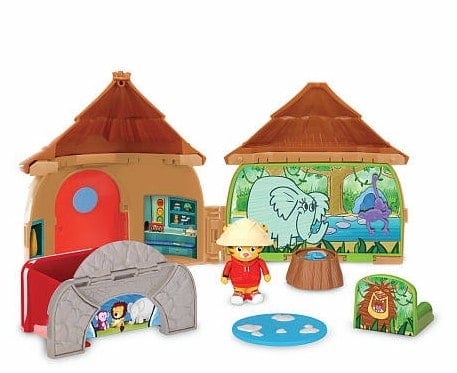 One of my favorite pieces was Daniel Tiger Friends Playset. Daniel Tiger’s cozy bungalow transforms from a quaint house to a safari adventure by flipping the furniture. It comes with all the accessories – each one reversible – and everything packs right into the toy. 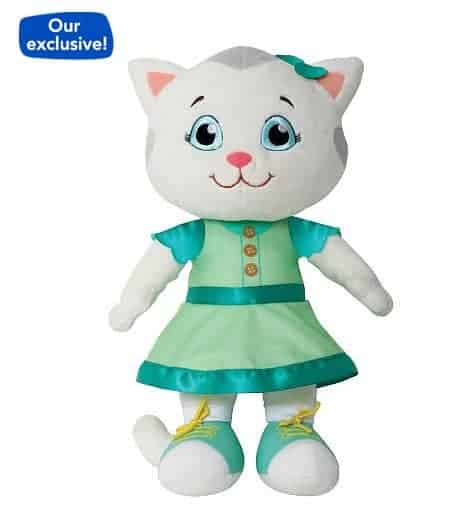 A common theme we found in the Daniel Tiger toys is the opportunity for open ended play. There are no rules or set ways to play with these toys, kids are able to create their own stories – perhaps pulling some inspiration from recent episodes of Daniel Tiger’s Neighborhood. The line of Daniel Tiger toys allow for safe, creative exercise of preschoolers imaginations – as a parent what more can I ask for?

You can find the entire line of Daniel Tiger toys exclusively at Toys R Us. I participated in this program on behalf of The Fred Rogers Company and The Motherhood. All opinions are my own.