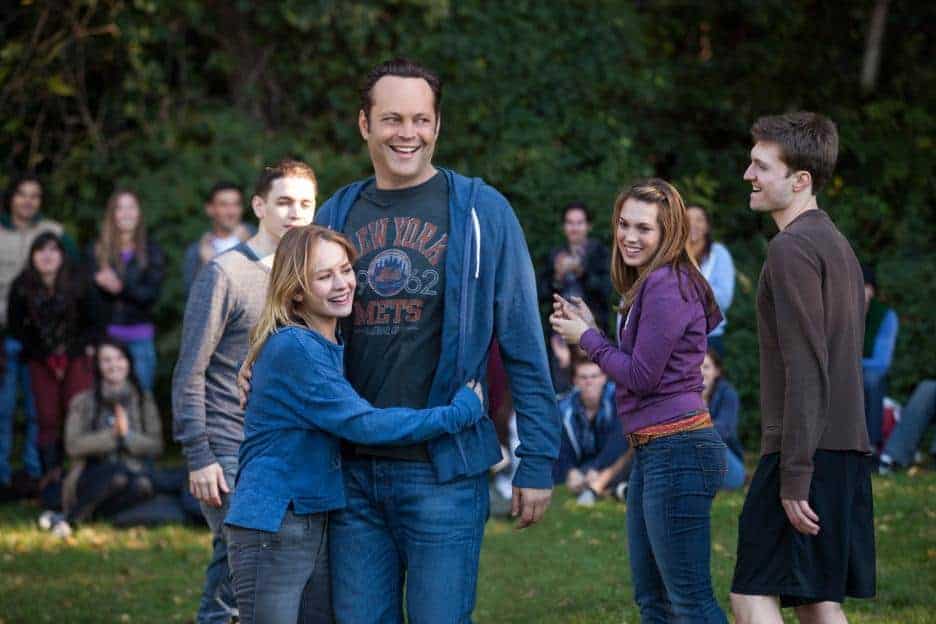 My mom may be a huge Vince Vaughn fan, but I was not. Even though I thoroughly enjoy the lightness and laughter in Dodgeball and Wedding Crashers, he had never really been on my radar. My opinion of Vaughn changed entirely with Delivery Man. I saw a new side of Vaughn in an original story about a man who is confronted by the reality of sperm donation twenty years later.

Delivery Man is written and directed by Ken Scott, who also wrote and directed 2011 French-Canadian film Starbuck, which had an identical plot. The Americanized version hits theaters November 22nd, and has a well balanced cast featuring Vaughn as David Wozniak. As a delivery man for his family’s butcher shop, his life hasn’t amounted to much except for a swirling cloud of debt. David’s life comes to a head when he is informed of a lawsuit filed by 142 children who are all the result of “Starbuck,” an alias he used while donating sperm in his 20s. With the discovery of his children, David decides to begin shadowing each of them in an attempt to understand what he’s missed. He slowly places himself in their life to seem coincidental, and offers a variety of support that is smiled upon from a seemingly stranger. Meanwhile, David’s girlfriend, Emma (Cobie Smulders), announces her pregnancy to him, and though she does not assume any fatherly responsibility upon him, their new child forces David to pick between his past and present family. Luckily, his best friend, Brett (Chris Pratt), is a lawyer ready to pounce on a major lawsuit like keeping Starbuck’s anonymity and sue the donation clinic to solve David’s money problems. 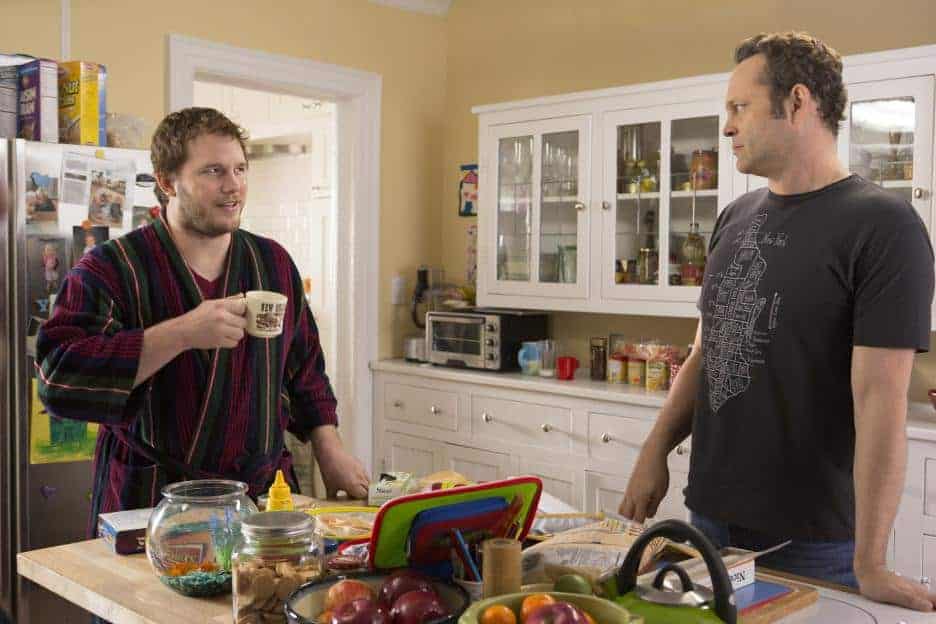 What strikes me most about this film is Vaughn’s starring role. Though total judgement, I expected Delivery Man to be corny and another bro-comedy to watch with a beer. What I instead enjoyed was a seriocomic story of a man confronted with the decision to grow up. Laughs aren’t omitted from the audience, but there is a much stronger and more interesting plot happening where punch lines aren’t a centerpiece. Casting Vaughn as David could not have come at a better time. Now that he is a father himself, we can see a deeper and more emotional side that most of Vaughn’s past characters lacked. With each layer of David’s past comes a new layer to Vaughn as an actor, and David’s mental journey into finding himself looks like a fictional representation of Vaughn’s acting career. Some of the most emotionally intimate scenes in Delivery Man involve David spending time with his son who is confined to a wheelchair and living in a special needs home. Actor Sébastien René played handicap Raphaél in Starbuck, and returned again as Americanized Ryan. Their scenes were beautiful to watch, and René brings out a vulnerability that I’ve never seen from Vaughn. It has become clear that Vaughn has grown in the last few years, and Delivery Man showcases every part of his development. 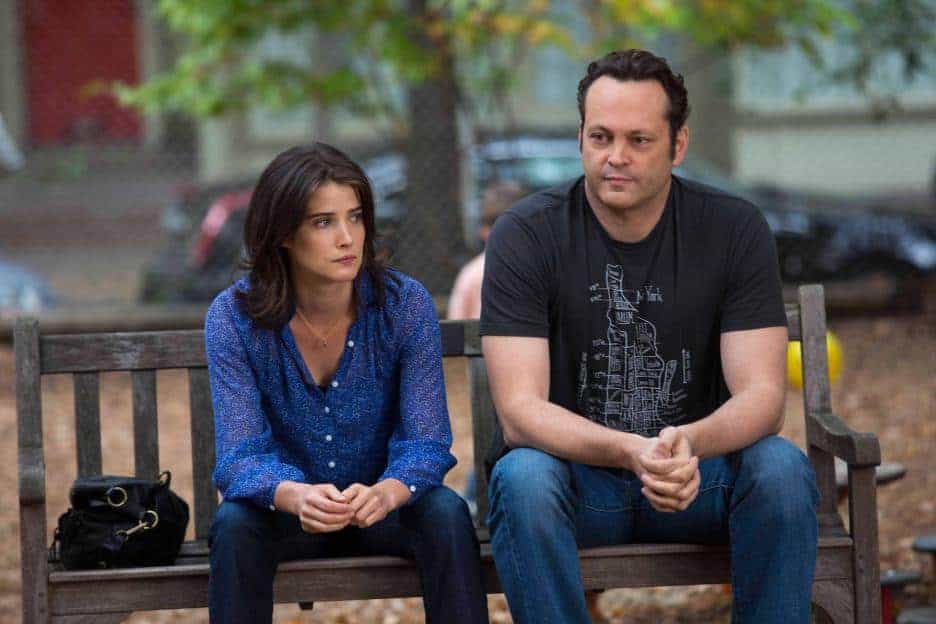 Smulders has recently been seen playing humorously kickass Robin Scherbatsky on hit sitcom How I Met Your Mother and as physically kickass Agent Maria Hill in Marvel’s Avengers franchise, and her role as Emma gives her a new character title: kickass woman. Emma’s character is never a pushover nor put in place the way that many love interests are. She stands tall for herself and her child, and ultimately proves to be my favorite character in the film. It’s nice to see a female character who is not the lead and can hold her own independent from the main plot, and Smulders has the attitude to convey that kind of strength. Also in the realm of great support is Pratt, who is a comic relief without being forcefully interjected or seeking a chuckle. I’m sure his performance as a tired father wasn’t a stretch, but his ability to realistically take his character through the journey of finding himself in a movie that’s about a different man finding himself without being a showboat was gratifying. It’s a mouthful of a description, but honestly, it’s a very down-to-earth performance that makes you feel warm to watch.

If you’re looking for a solid movie that’s neither too silly nor too sappy, Delivery Man is your perfect pick. It’s a great choice for date night or post-turkey with your family (though the movie is rated PG-13, so please leave the younger ones at home). Teenagers are susceptible to curiosity with the subject since a new MTV reality show with a similar premise (children from the same sperm donor on a search for their father and siblings) will be hitting the air soon, and Delivery Man is an artistic adaptation of a common yet rarely talked about occurrence to open up the discussion of today’s reality in having children (okay, maybe not 522 kids, but certainly a few from the same donor is nothing unusual).

Photos courtesy of DreamWorks. I attended a press screening of this film. All opinions are 100% my own.