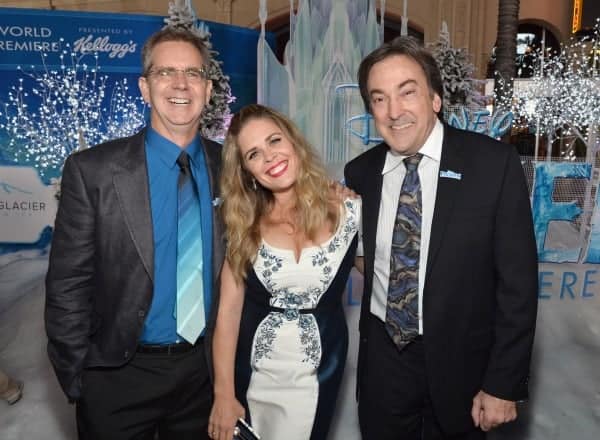 Disney veteran Director Chris Buck (“Tarzan”) and first-time Director Jennifer Lee (co-writer, “Wreck-It Ralph”), have team up with longtime Disney Producer Peter Del Vecho (“The Princess & the Frog”, “Winnie the Pooh”) to create the epic comic adventure Disney FRZOEN. I recently had the unique pleasure of participating in a group interview with these talented filmmakers to chat about how the movie was made and get their insider look at what is sure to be an instant Disney Classic.

Born October 25th, 1960 Chris Buck studied character animation for two years at CalArts. Since then he has been an intergral part of the Disney family for more than two decades. His long history with Disney includes a lengthy list of movies including directing Tarzan and Surf’s Up. He also worked as supervising animator on Home on the Range, the animation of three characters in Pocahontas, designing characters in The Little Mermaid, and serving as an animator on The Fox and the Hound – just to name a few. His latest work includes co-directing Disney’s Frozen.

Jennifer Lee is usually a screenwriter for Walt Disney Animation Studios, that was until John Lasseter offered the Wreck-it Ralph writer the job of co-directing the Frozen. Thus, she found herself in the directors chair for the first time – but she also found out that she was the first woman to direct a Disney feature film, no pressure.

Peter Del Vecho has been an assistant producer, or producer of numerous Disney films with a career dating back to early 2000. He has been a part of films such as Chicken Little, The Princess and Frog, and Winnie the Pooh. As well as shorts including Paperman and Tangled Ever After. His latest work as the producer of Disney’s Frozen.

The Evolution of Frozen

Q: How many years have you been working on this?

Peter Del Vecho: I pitched it five years ago and but really when it came down to production probably about two and a half years all together.

Jennifer Lee: It’s usually three to four years, but every single piece of what we do has to be built from scratch. 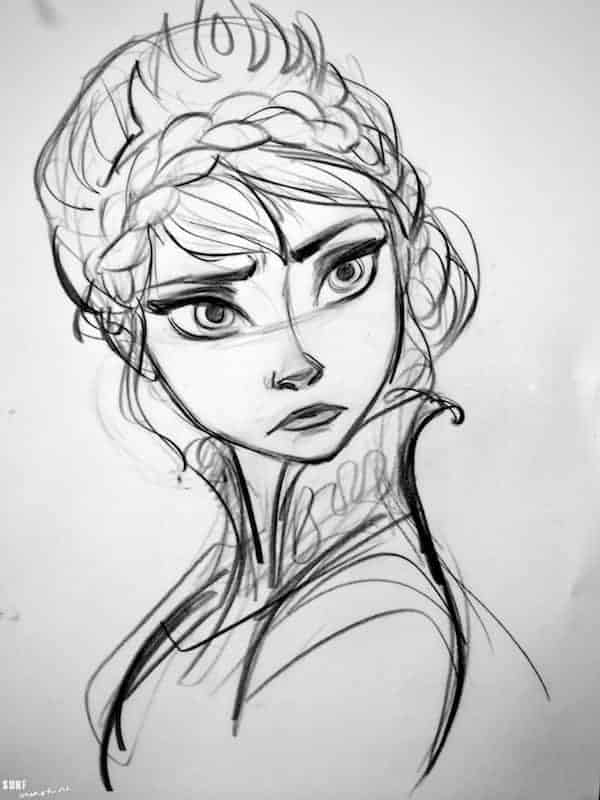 Q: I love it visually. What made you decide to make it 2 sisters with love instead of evil?

Jennifer Lee: Yeah it was really interesting, because the original story she is a villain, she’s just pure evil. That was really hard for us but I think that’s what’s made that such a challenging story to tell. We kept her a villain for a long time and it wasn’t resonating with us. It wasn’t the story we wanted to tell. We didn’t want to tell a good versus evil story.

Chris had pitched a wonderful concept of looking at love and that an act of true love could be a different thing. And one day we were all in the story room together and someone said, what if they were just connected more? What if they’re sisters? And that was it. All of a sudden the whole thing – we all emotionally felt it. And then the more we did that, the more interesting Elsa became.

Q: What do you do when you hit a wall?

Jennifer Lee: We go to each other, really we do. And what’s amazing about Disney, is that we’re a team. Our story room is full of us and about fifteen story artists, who are story tellers themselves, but they draw their stories. And so we will just talk it through together.

We’ll put up notes collectively – it’s like a Rubik’s Cube, you solve everything and there’s one square that’s in the wrong place, and you’re like, oh my god. So, we just really rely on each other. And I think we always say we don’t have to have all the solutions right away. We just have to keep working it, you know, keep molding it. But I always think it’s going to other people. 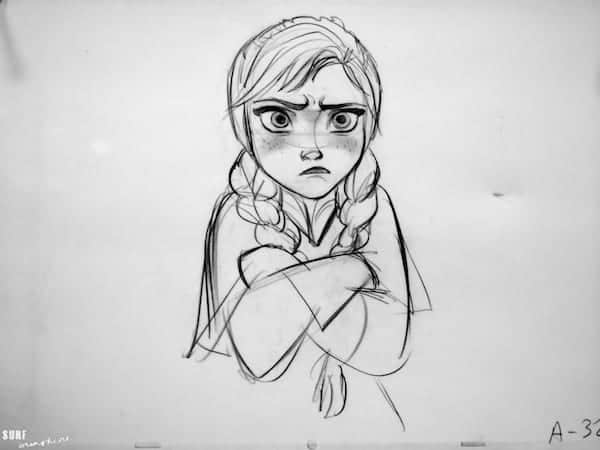 Chris Buck: Well I think we always had the girl in mind. We always wanted a heroine that was flawed, that had these imperfections and that was somebody like us. You know, that it wasn’t this perfect character on a pedestal. That was always our goal.

Jennifer Lee: Yeah and we knew her journey, we knew that Anna was an ordinary girl that’s got love as her only “superpower”, really. And that her journey is going to go from not understanding love (because like all of us at eighteen, growing up, we don’t), to mature love and the ultimate kind of understanding which is, you know, the sacrifice you’re willing to do for love.

When we talk about improvs and we say we didn’t have the voice, it wasn’t the sound, it was the how does she say what she says. How would Anna do these things? And so for us it’s very easy to come in with that and then play in the room and let the actors bring us their voice and their playfulness. And we have the luxury in animation, of using anything we want of it. We can piece together lines if we want. So it’s the best kind of freedom, and it’s never frustrating, if anything it’s like you’re sifting through gold and there’s a ton of it.

Thank you to Disney for hosting me at the Disney FROZEN press day so that I can share my experience with you. All opinions are my own. Photos are copyright Disney and MomStart.