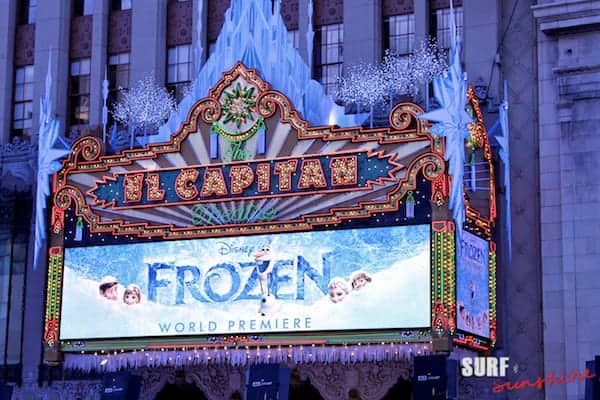 With my Disney Frozen World Premiere ticket in hand, we headed to the iconic El Capitan Theatre for an evening of fun and Disney Magic. 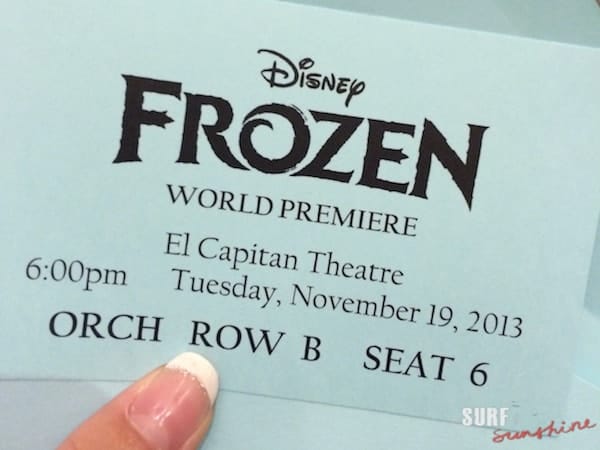 One of the reasons I love living in sunny California is that the weather is pretty mild all year round. A ‘chilly’ day requires some leg warmers over my flip flops. So imagine my surprise when I arrived to the Disney Frozen Premiere in my little summer dress and ballet flats to find a white carpet blanketed along the sides with snow! Yes, real snow!! 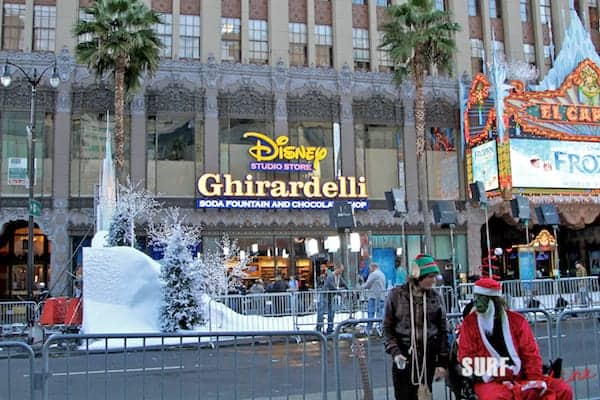 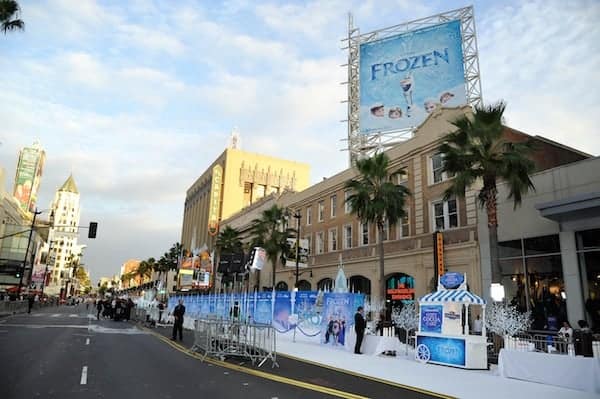 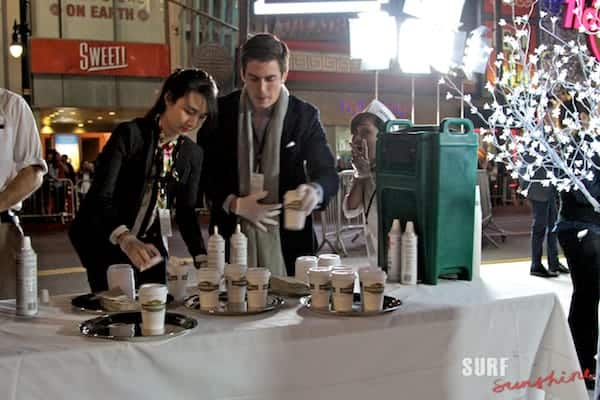 But of course, Disney’s unofficial motto is go big or go home right? As we stepped onto the carpet we were treated with hot cocoa and once we got to the end, there was also a castle half buried in “snow”, and – despite our sunny So Cal weather – even a real ice sculpture of one my favorite characters, Olaf! 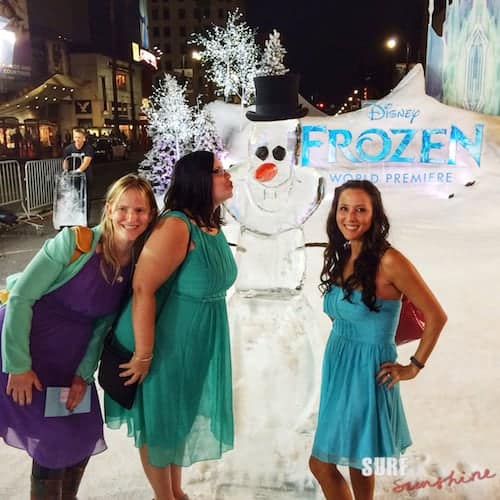 As we walked the red white carpet we spotted many of the cast from the movie including Kristen Bell (Anna) and Josh Gad (Olaf). 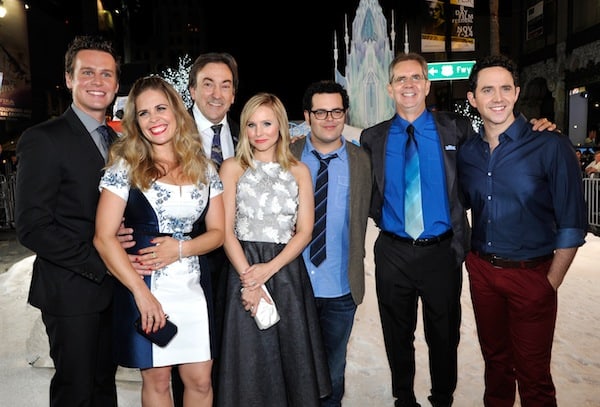 Fun Fact: Josh Gad sang in the big musical number “In Summer” for the movie. 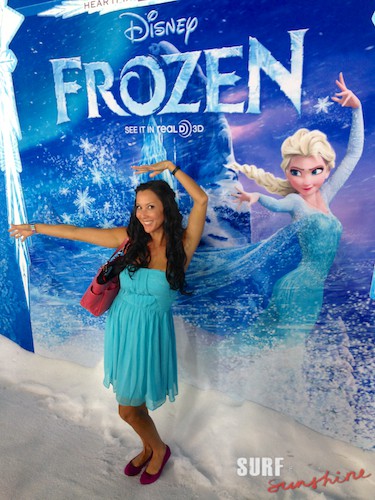 Several celebrities showed up with families in tow including the McClain Sisters, Demi Lovato, Kendra Wilkinson, Melissa Joan Hart, Gilles Marini, Peyton List and even chief creative officer – and the brilliant mind behind so many Disney Pixar films – John Lasseter. 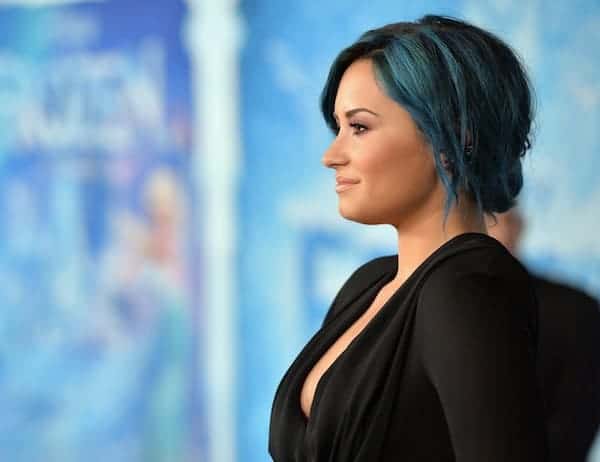 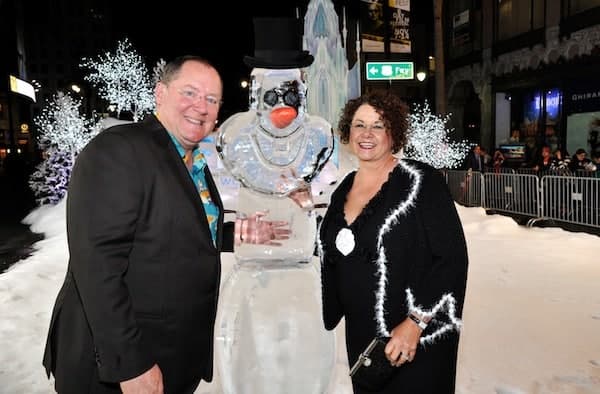 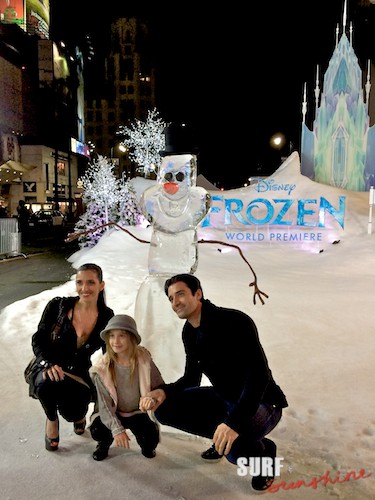 Once we were inside the majestic El Capitan Theatre, we were entertained by the mighty Wurlitzer organ before the show. Then we were witness to a touching moment  when Bob Iger (Walt Disney Company Chairman) stepped on stage to say a few words on that day’s sad passing of Diane Disney Miller, the eldest daughter of the great Walt Disney. She was an incredibly philanthropist who worked tirelessly to protect the legacy of Disney. 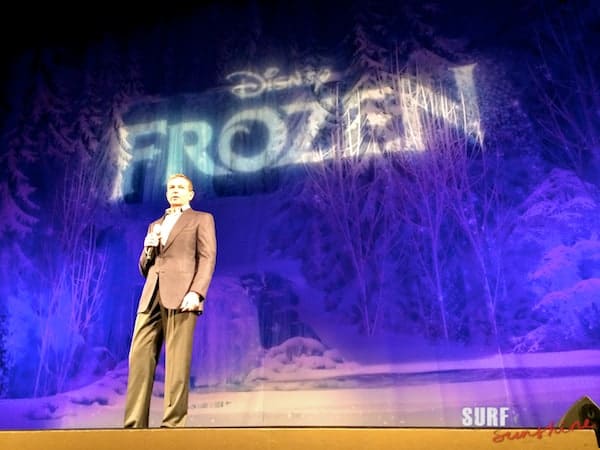 It was the perfect way to introduce a film like Frozen, but there was yet one more surprise in store. As the lights dimmed, “snow” began to fall inside the theater. Everyone “oooed and awwed” and clapped happily, in the way that Disney Magic can only incite. For the next hour and a half Frozen held the audience captive as a tale about the pulls of love and fear unfolded – but you will have to read my review on November 27th to find out more. 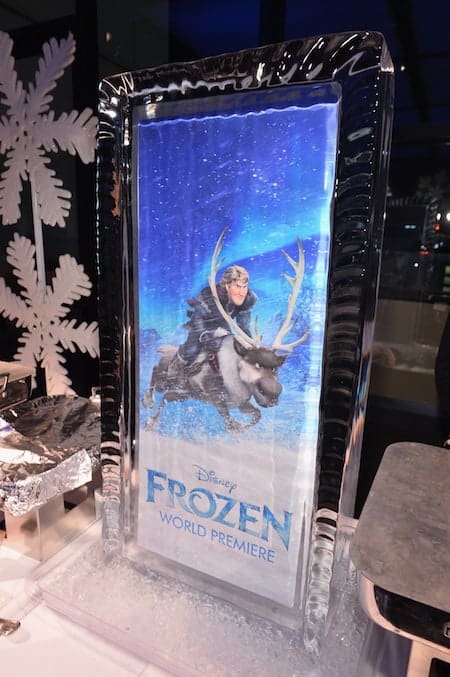 After the showing we joined celebrities and other premiere guests as we walked across the street for the Disney Frozen World Premiere After Party! The snow man from out in front of the theatre made it there before us, and he looked to be in great shape! 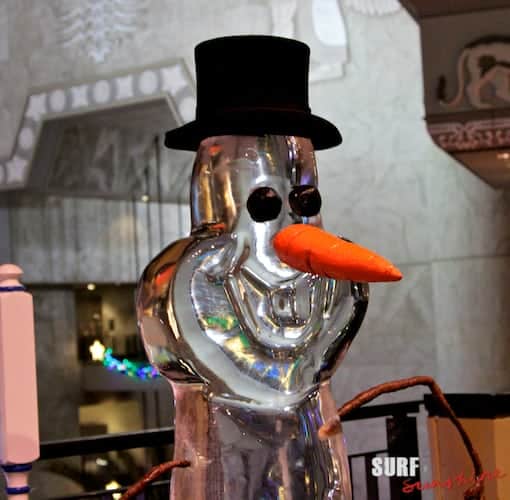 We stepped into a winter wonderland filled with awesome treats like ice carvers, a snow globe and snowflake creation stations and even a decorate your own pop tart table. 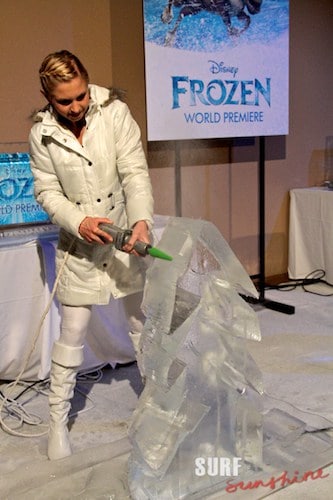 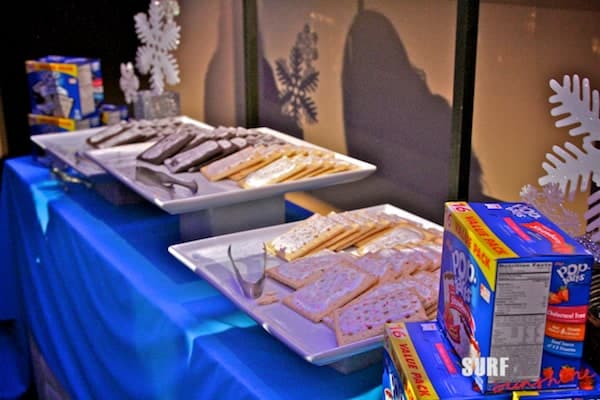 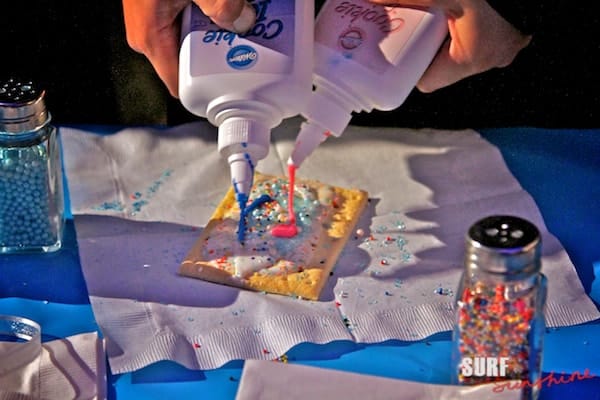 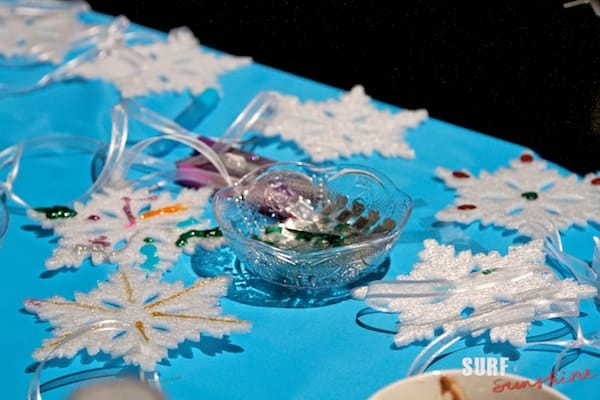 Kids and adults alike played a few games, took fun photos with the characters and got to meet Elsa and Anna in person! 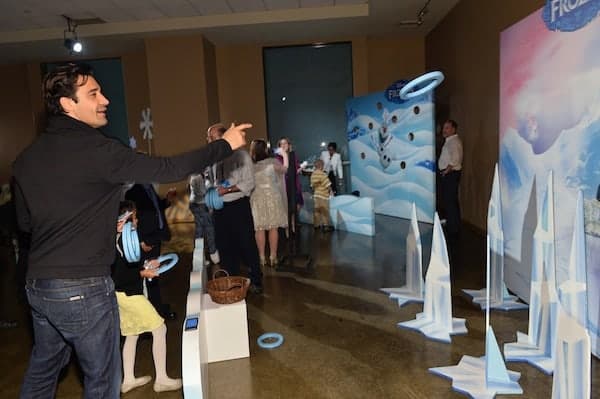 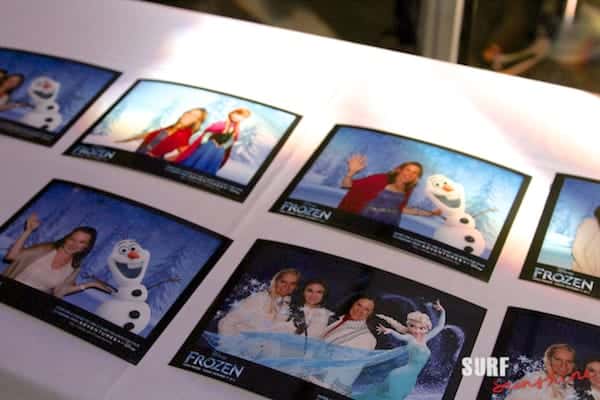 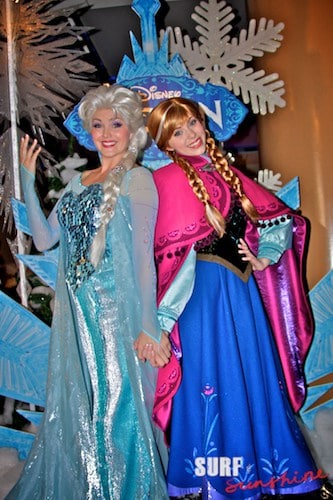 A magical night indeed. I can’t wait to take my family to see the movie AGAIN in the theaters – it’s that good! It’s sure to be an instant Disney Classic and I’ve been humming the songs ever since. (This doesn’t happen often folks!)

Thank you to Disney for inviting me to attend the premiere and share my experience with you. All opinions are my own. Unwatermarked photos are copyright Disney.