The first time I heard the term “endangered species” was on a field trip to the Detroit Zoo. The zookeeper was showing us around for the day, and we stopped at an exhibit of sea turtles where we were told about the dangers affecting their lives and breeding habits. I remember feeling shocked by the information, and I started to worry about all of the animals that I had learned about that day. I asked the zookeeper, “Who takes care of all these animals and saves them from becoming endangered?” The zookeeper told me, “My staff and I care for the animals. Being a zookeeper, it is part of our job to teach others about them. We raise awareness among the public so others may help care for them too. Even small gestures like visiting the zoo helps keep the animals safe and healthy.” While I didn’t realize it then, that zookeeper was doing amazing work to help save endangered species and care for wild animals from around the world. Her efforts had a global effect, but it is a job many people don’t even realize exists. These are the people Kronos honors each month with 1 in One Hundred Million. Subscribe for free today and you can watch the story of Jenny Theuman, a woman that found her calling in zookeeping.

Thirteen years ago, Jenny Theuman had found herself unsatisfied with her career path and looking for something more. She had earned a certificate in culinary arts after struggling through high school, but she eventually decided to pursue a bachelor’s degree in hopes of finding a more suitable career. When she discussed her love of animals with a college counselor, she was given a variety of occupations that dealt with animals, but one stood out: Zookeeper. Jenny had never known such a job existed, but she soon found herself fascinated by the exciting new path.

Wasting no time, Jenny applied for an internship at a zoo and got in. Immediately, she fell in love with the animals and the demanding but satisfying work. Jenny was lucky enough to be in the right place at the right time. Had her counselor not suggested this profession, Jenny might be stuck in a unfulfilling job!

Now, thirteen years later Jenny is thrilled by the unexpected turn in her journey, and she is excited to go to work every morning. Jenny has earned her Masters in Zoo administration in partnership with Association of Zoos and Aquariums, but it wasn’t easy. Zookeeping is a very competitive and demanding job that requires a lot of science and technical knowledge especially as it pertains to conservation and recovery efforts. Jenny has worked incredibly hard to earn her post at Cosley Zoo, and they sing her praises. Her coworkers say Jenny, “is the epitome of a dedicated worker. This is a way of life for her and not [just] a job.”

Also read:  Saving Lives One Child at a Time

Every day brings new challenges and as a zookeeper there is constant learning and adaptation. Caring for animals requires an enormous amount of knowledge and emotional investment as well. To truly provide a good environment for the animals there must be a strong sense of affection. Jenny’s job is to feed them, clean them, train them, and enrich their lives each and every day. The fact that Jenny does this every day and is happy to do it speaks volumes about the love that she has for these animals. Jenny finds it especially moving when visitors of the zoo share their own personal connections and experiences they’ve had with the animals. It isn’t easy work, but Jenny says “to be a good zookeeper you need a sense of humor, to be a good problem solver, want to learn, and own a good pair of boots.”

Jenny is one of the millions of hardworking people that are not often recognized for their efforts. Visit 1 in One Hundred Million and see Jenny’s story and more inspiring stories of those dedicated to their demanding careers that keep America moving. 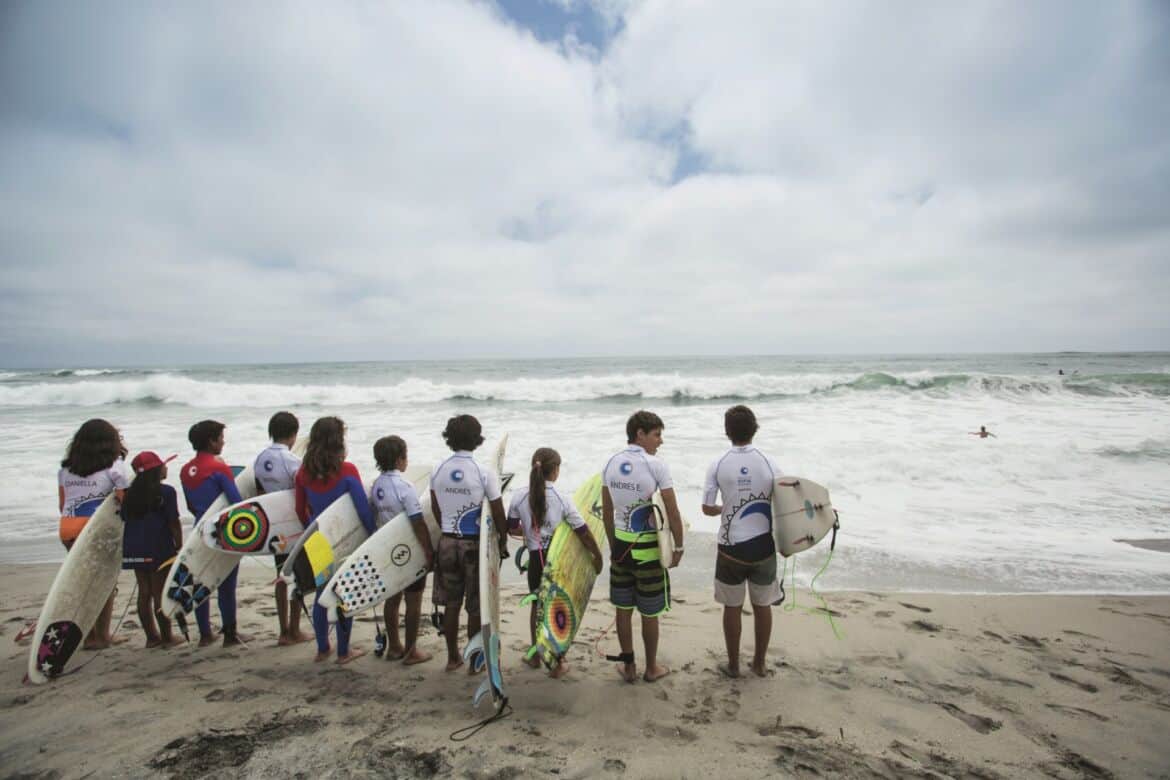 Sofia Mulanovich is Changing Lives One Wave at a Time

8 Brands We Love that Give Back