Call Me Crazy: A Five Film is a movie made up of five short films that center around the topic of mental illness. Each segment is a stand-alone story; however, two of the storylines do cross over. No spoiler alerts from me, as I won’t reveal exact details on how they overlap.

The first short film is titled “Lucy” and was directed by Bryce Dallas Howard. Brittany Snow, from the movie Pitch Perfect, stars as a law student who has schizophrenia. The always delightful Octavia Spencer (from The Help) is Lucy’s counselor. We learn about Lucy’s struggles through a group counseling session, as well as through flashbacks. The second short film “Grace” is directed by Laura Dern and stars Melissa Leo (The Fighter) whose character has bipolar disorder. You see from the daughter’s point of view how it has affected her life. Sarah Hyland (Hayley from Modern Family) plays the role of Melissa’s daughter to perfection. Grace struggles with her mom’s illness and it creates almost a role reversal where she has to take care of her mom when she is in a depressive state.

The third short is called “Allison.” It stars Sofia Vassilieva (My Sister’s Keeper) who is also playing a sister in this vignette. In a twist, you’ll see who her sister is but I won’t give it away! Allison really struggles with coming to terms with her sister and the family dynamic. It’s really interesting how the filmmakers wove the storyline together for this particular short.

As we all know, mental illness affects both men and women. The fourth film entitled “Eddie” is directed by Bonnie Hunt. Eddie is a stand-up comedian who suffers from depression. You’ll recognize his wife, played by Lea Thompson from Back to the Future. Eddie has stopped taking his meds and hasn’t been to his doctor in a while, causing his wife to worry about him. You see Eddie struggling to get out of bed, failing to show up during a comedy club night and avoiding social interaction with friends.

The last short film called “Maggie” stars Jennifer Hudson. We all know her from American Idol and Dreamgirls. In this short, Jennifer plays a military vet who is suffering from PTSD or post-traumatic stress disorder. This last vignette has an overlapping storyline from an earlier segment and in the end, you feel (or at least I did) that things came to a resolution. All five films were very touching. It sheds a light on an issue in such a poignant way. I have personal experience with an extended family member who suffers from mental illness, so I was able to relate to one of the characters in this movie. I think we all could benefit from watching this film, whether or not you know someone directly who has mental illness. It really helps one understand what friends and families go through in an entertaining, yet educational way.

Also read:  Barrymore and Sandler Partner Once Again in Blended

Call Me Crazy: A Five Film debuts on DVD May 6th from Sony Pictures Home Entertainment.

Images courtesy of Sony Pictures Home Entertainment. I received an advance copy of the DVD to facilitate this review. All opinions are my own. 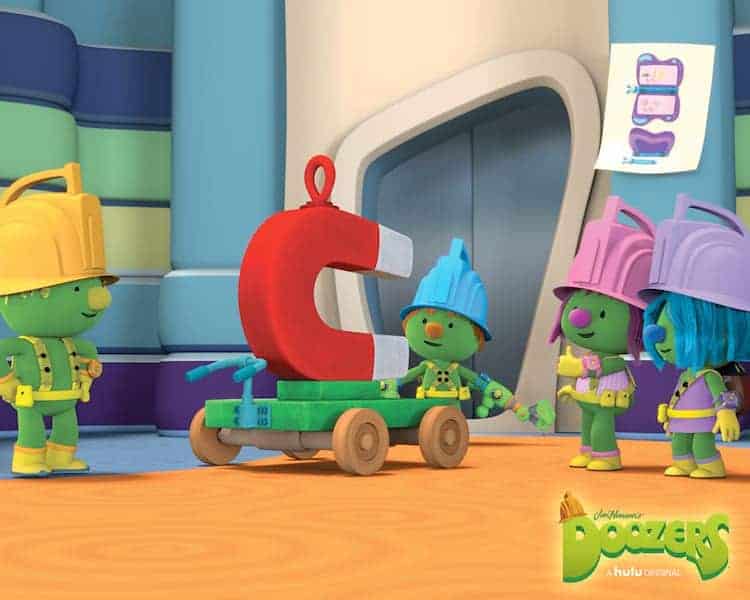 It’s All In The Details: General Hospital Set Visit