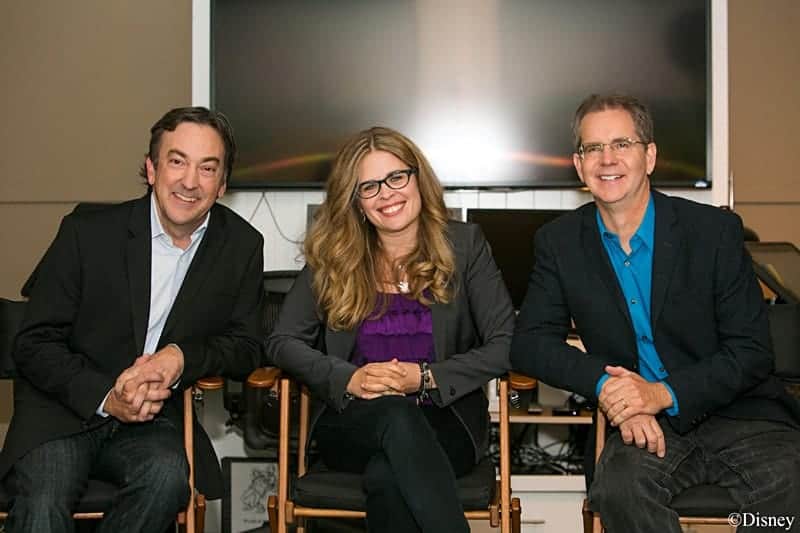 Recently crossing the $1 billion mark at the worldwide box office, Frozen has been able to melt audience’s hearts of all ages and provide a connection with fans and filmmakers around the world. The relationship viewers have created with this film is unlike anything Disney Animation Studios has seen in quite some time, with producer Peter Del Vecho stating that the public has truly made the movie their own since the release, extending far deeper than they imagined possible. With two strong female characters that rely on sisterly love instead of a prince in shining armor, catchy melodies including the recently awarded Best Original song “Let It Go” and a beautifully talented female director (Jennifer Lee) bringing the whole film together, Frozen truly is an incredible motion picture that will be etched as a modern Disney classic.

Lead by the multi-talented writer/director Jennifer Lee, director Chris Buck, and producer Peter Del Vecho, the power trio at Disney Animation Studios spent nearly five years and countless hours to bring the film’s concept to the big screen – creating new snowflake generator technologies in the process and placing extreme attention to detail with over 312 character rigs, the most built for any Disney film for example. With so much time and technical artistry invested in the film, it was a true blessing when Surf and Sunshine was invited to sit down with Lee, Buck and Del Vecho to learn more about the making of the film, and to address some key questions viewers felt were unanswered in the tale.

Here were the top five fun facts we loved learning about Disney’s Frozen, straight from the writer, director and producer themselves! 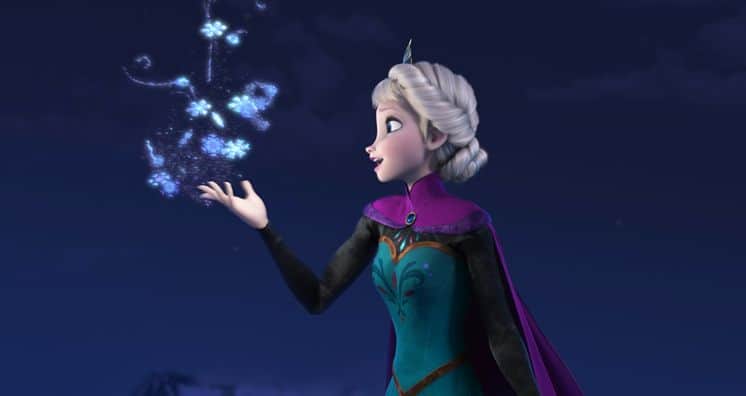 The Role of Ice Colors

Everything in animation is there for a reason, including the ice! Depending on Elsa’s mood, the color of her magical ice will vary. When she’s happy, the colors of the ice around her are shades of purple and cool blue, most frequently found when she’s in her ice palace. When she feels threatened however, the ice turns a yellowish hue. 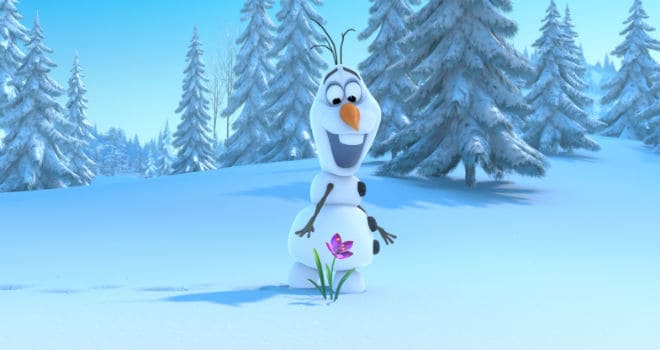 A Broadway adaptation is in the works

Husband and wife duo, Robert Lopez and Kristen Anderson-Lopez who were in charge of the music for the film have worked in the past with “The Book of Mormon” and other Broadway productions, so therefore it was natural that their work would create Broadway-inspired music for Frozen. Well, their songs may make their way back to the Broadway stage, as Lee, Buck and Del Vecho all proudly discussed a Broadway adaptation in the works!

One of the few aspects of the film that was left unanswered in my opinion, was Kristoff’s back story. Why is a child roaming around ice harvesters in the middle of the night without anyone taking him in!?! Well according to Jennifer Lee, there wasn’t enough time in the film to go into his past, but the backstory is that Kristoff was an orphan, and continuously ran away from the orphanage. Help and a house was available, but his home became with the love doctors. A more expansive look into Kristoff’s story might be shared in the Broadway adaptation or in a children’s book to answer that question for Frozen lovers.

Frozen Was 71 Years in the Making

Disney animators had been aiming to make a film based on the classic Hans Christian Andersen tale since 1943, but unable to adapt and relate the Snow Queen character with modern audiences, the concept had been picked up and scrapped three times over the past 71 years. “The original version of “The Snow Queen” is a pretty dark tale and it doesn’t translate easily into a film. For us, what finally made a breakthrough was giving human qualities to the Snow Queen, and deciding to make her character and our protagonist Anna, sisters. That gave way to relate to the characters in a way that conveyed what each was going through and that would relate to today’s audiences,” Del Vecho proclaimed. Interestingly, in the book there is no Anna though the Gerda character inspired her, and Kristoff’s character is based loosely on the robber girl.

Originally, Kristoff was meant to be a mountain man of very few words and Elsa was going to be a purely wicked Snow Queen. Of all the interesting changes that the characters we’ve learned to love have gone through, one of the most interesting, is the journey to create Sven! When production first began working on Sven, they wanted him to move around in a similar way to a reindeer, but upon bringing in a real life reindeer to Disney Animation Studios for research, they found out that reindeer don’t do much of anything! To liven things up, they decided to approach Sven as more of an excited dog, and John Lasseter’s labrador, Frankie, ended up being the inspiration for the lovable character, complete with being in Kristoff’s face, constantly licking and craving treats!

Disney’s Frozen is now available on Blu-ray, DVD and Digital HD now! Bring Frozen into your home by getting your own copy here!

Disney provided me with an all-expense paid trip to conduct this interview, but all opinions remain my own.