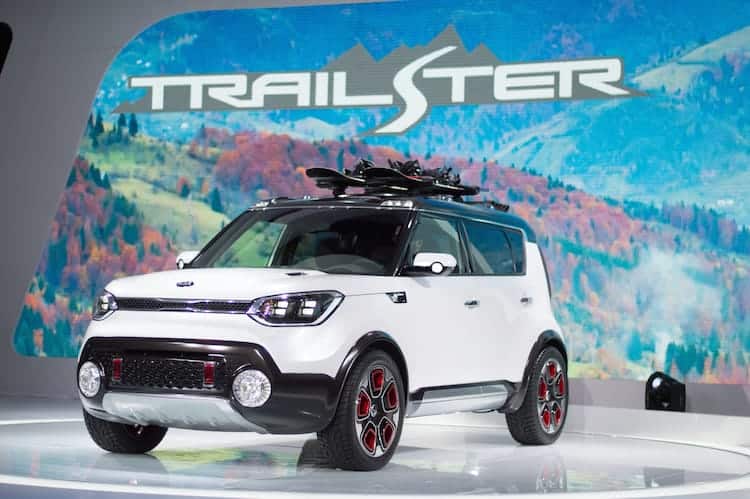 When Kia unveiled the new Trail’ster at the Chicago Auto Show last week it was to the rapid fire of shutters accompanied by collective praise across Twitter. It piqued the interest of those who doubted the Soul and had Soul enthusiasts demanding the transition from concept to production.

“The Trail’ster concept is a near-future look at how the production Kia Soul would logically evolve into an AWD-capable version that’s built to escape the city streets and roam into the mountain wilderness,” said Tom Kearns, chief designer, Kia Design Center of America (KDCA).  “It takes the go-anywhere capability of an SUV and reimagines it within a compact and sporty package with an expressive design to match.”

The Trail’ster rolled on stage sporting it’s Polar Pearl Snowdrift exterior paint accented by Terra Bronze Metallic tone of the roof and lower cladding. It’s a mixture of springtime snow and mud, a promise of the roads less traveled while it’s fire-red wheel accents and polished billet aluminum sections nod toward it’s more sophisticated urban upbringing and promise of high-tech quality we have come to expect from the Kia brand.

Sporting it’s gear racks and rolled back canvas roof had me thinking…Where would I roam with Kia Trail’ster at my fingertips? 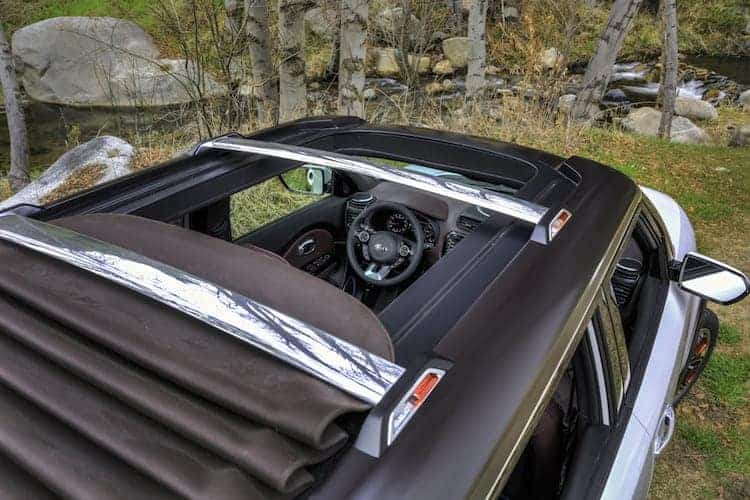 Within its nearly 1,200 square miles Yosemite reveals deep valleys, grand meadows, ancient giant sequoias, a vast wilderness area and more. The unique terrain and gorgeous sites have been beckoning outdoor enthusiast in it’s opening in 1864. It’s the perfect location for putting the Trail’ster thru it’s paces and we can’t think of any better place to take in the stars than from beneath the opened  full-length, weatherproof rollback canvas roof. 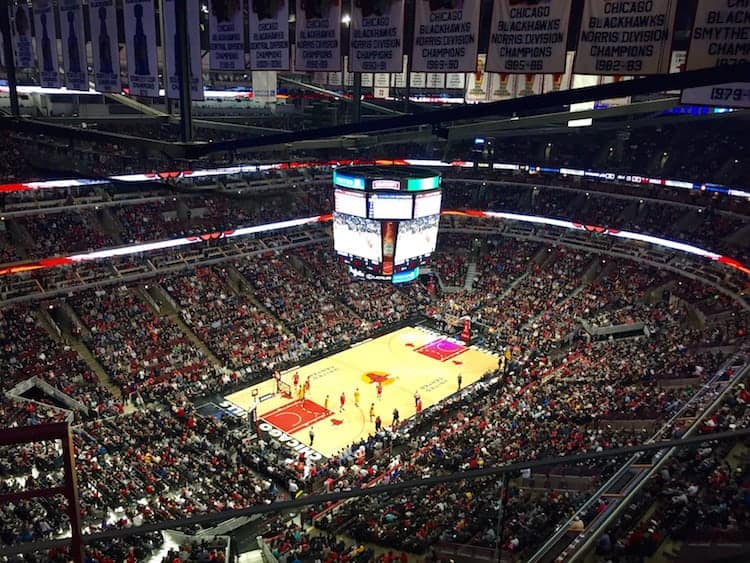 Just because the Trail’ster is designed for off road, doesn’t mean you have to take it there. I couldn’t help but think it’s compact size, fuel economy (25-30 percent improvement in city driving over the Soul) and kickin’ infotainment system make it a great set of wheels for traversing Chicago.

Unfortunately, I couldn’t take the Trail’ster for a spin during the Auto Show but thanks to Kia, I found myself taking in some of the best Chicago has to offer. Myself and a handful of journalists were guests to a club suite view of the Chicago Bulls and rivals Cleveland Cavaliers battling it out on the basketball court. It was a barn burner with the Bulls grabbing the lead early and steadily pulling away during the 3rd and 4th quarters. 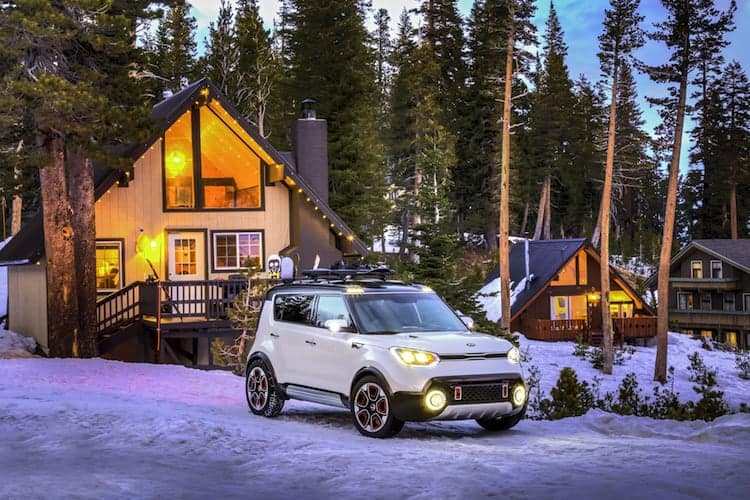 The Slopes of Park City, Utah

A few years ago Surf and Sunshine editor-in-chief Jeana had the pleasure of staying at in Park City, Utah. This picturesque city nestled among the mountains of Utah is the home of Montage Deer Valley. This veritable playground has access to winter recreational pursuits including skiing, snowboarding, snowshoeing, ice skating, cross-country skiing, snowmobiling, bobsled course and sleigh rides.

It’s the perfect course for the Trail’ster’s robust 1.6-liter turbocharged 4-cylinder engine. Cutting through powder is just as exciting off the slopes with it’s 185 horsepower and 185 pound-feet of torque. The AWD system offers improved traction in inclement weather or off-road situations in part to Pirelli Winter Carving 245/45-19 snow tires and KSport coil over shocks to absorb the impact of rough, uneven ground and rocky surfaces. It’s off road prowess is highlighted by aluminum skid plates around the entire vehicle, providing a protective armor to shield the undercarriage from jagged rocks and ice. 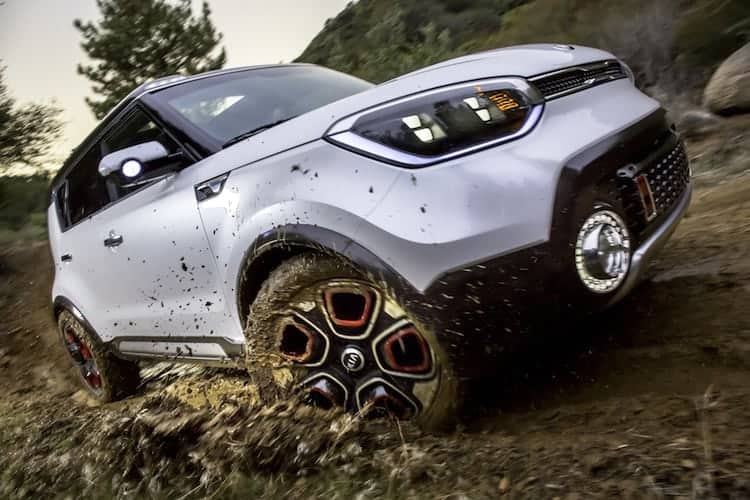 No Matter Where You Roam…

The Trail’ster does it in style. It’s color and trim palette features brown leather and aluminum accents that offers both an earthy but upscale look.

“We drew from high-quality active lifestyle accessories like snowboarding gloves, boots and helmets to bring a premium level of craftsmanship and character to the interior space,” commented Kearns.

Thank you Kia for providing my travel expenses in order to come to the Chicago Auto Show and witness the unveiling of the Kia Trail’ster. All opinions remain my own.