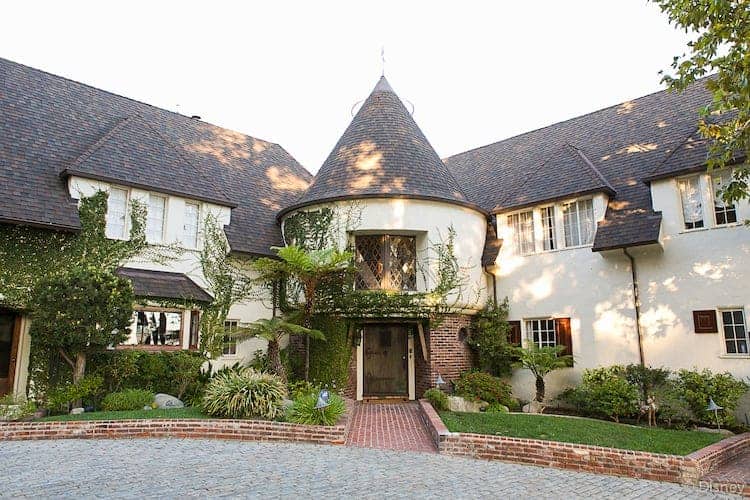 Founded in 1923 from humble beginnings, The Walt Disney Company now employs over 175,000 people. The Walt Disney Company comes in at number 100 on the Forbes Global 2000 list of the world’s biggest companies and ranks number 17 on the Worlds Most Valuable Brands. The name Walt Disney conjures up many things, including theme parks, family films, animated adventures and a certain iconic mouse. But what I see fading from people’s minds is the image of the man himself. We forget that behind this great company there was a man. A man who was a very real person, who suffered real loss, real hardships and yes, real success. They say a man’s home is his castle and what better place to learn about the man behind the legend than his own castle?

In celebration of the upcoming October 7th release of Sleeping Beauty: Diamond Edition on DVD/Blu-Ray, myself and 24 other incredibly excited bloggers ascended upon this home in awe of it’s beautiful French Normandy style. I couldn’t help but notice it’s strong resemblance to the home of Aurora in Sleeping Beauty. (You see it too, right?) 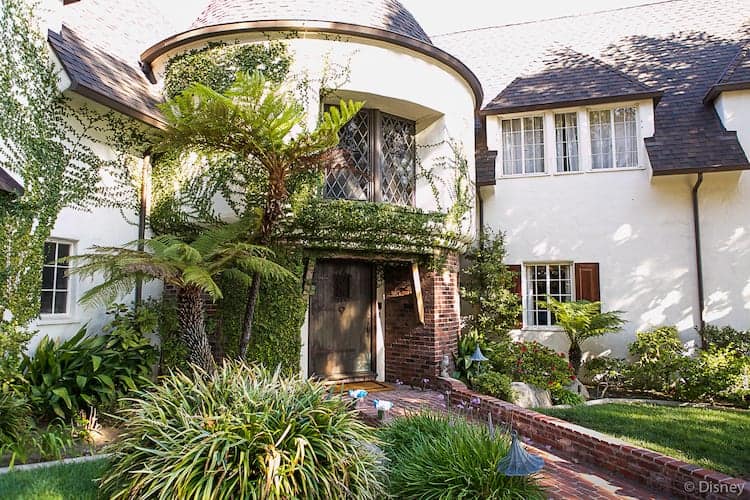 Walt and Lilly began construction on their home in the summer of 1932, bearing two things in mind. The first being that cookie cutter homes were incredibly popular at the time and they wanted nothing to do with them. The second, was that it was the height of the great depression and there was a very harsh stigma attached to Hollywood producers and the lavish lifestyle they lived.  As Walt reflected on the building of his home, he was very proud of it’s humbleness. He would say “When I built this house, look at the number of people I put to work helping build this house” because every morning he would come to the property and there would be a line of workmen hoping to come in to work on this project.

The house was indeed humble, even by today’s standards. It was a house that was mean to be a home, a place where he and Lilly would raise a family. Indeed, it wasn’t long before two little girls were filling the home with laughter. Their first daughter Diane was born in December of 1933 and three years later, their daughter Sharon joined them. This is the home they grew up in, the place where Walt Disney was able to just be “dad”. He took the girls to dance lessons, drove them to school every day, read books on the floor and even surprised them with a Snow White play house one Christmas morning – built by his studio carpenters complete with electricity, plumbing and a telephone! 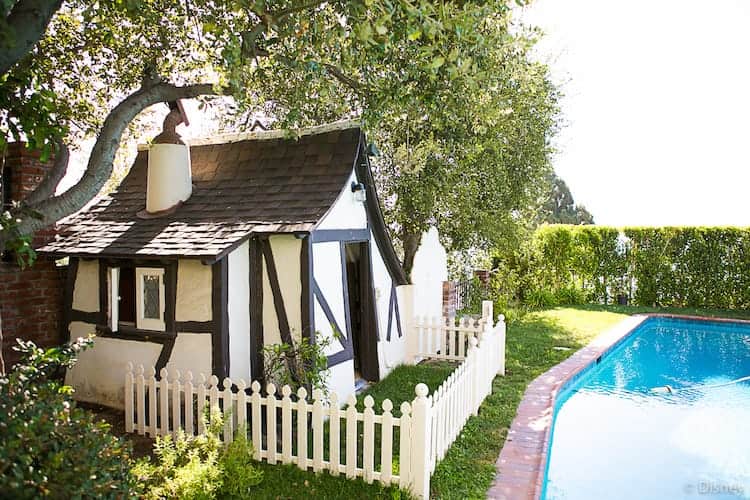 The home itself, although not overly luxurious, is grand. It’s winding spiral staircase with wrought iron fixtures and muraled ceilings lends a fairytale-esque feel as though it was pulled straight out of the pages of Sleeping Beauty. It’s European accents like vaulted ceilings and ivy covered exterior are reminiscent of french-normandy styling and add to the storybook appearance. Small details like stained glass windows depict scenes straight out of fairytales and you can’t help but imagine how magical it was growing up in this house. 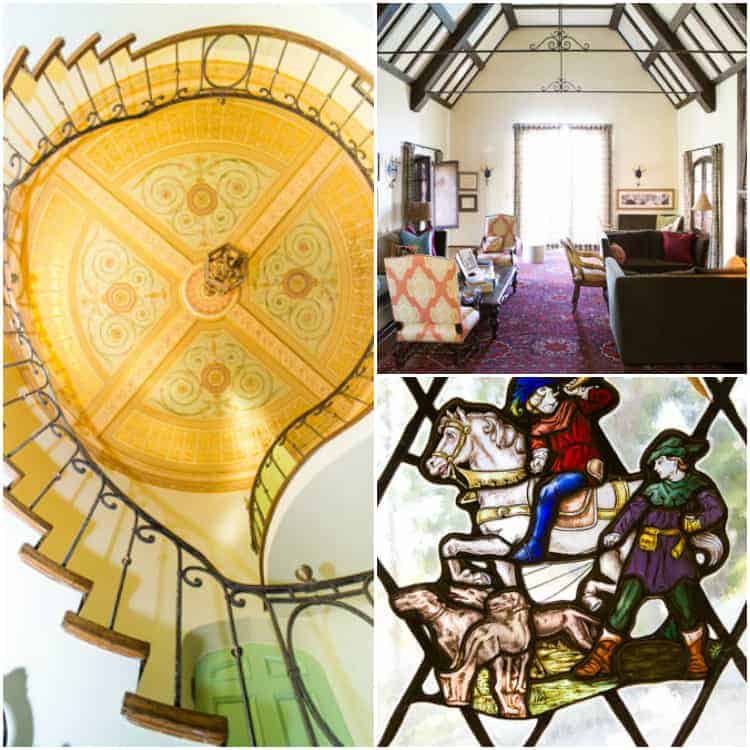 “It’s exciting to think about this home being the foundation for the continued storytelling of a father with his daughters, of Lilly with the daughters.  And that Walt being, as Don said, the great storyteller of the 20th century.  This is the house where stories are told.”

But aside from it’s stunning beauty, what I think people should most take away from that home is that life happened here. Real people lived here and as with everything associated with the Disney name, it’s magical – but it’s magical because of the people who stand before you and say let me tell you about this man, I knew him.

9 thoughts on “The Humanization of Walt Disney”