My family is a big fan of Star Wars. We’ve seen all of the movies and own the DVDs. In fact, my daughter watched all six movies with my husband over the summer. So she was very excited to hear about the new animated one-hour movie Star Wars Rebels: Spark of Rebellion that will premiere on the Disney Channel. We’ve seen the previews for it and it looked so exciting! She also knew that the time frame that the story takes place is between movies Star Wars: Episode III and Star Wars: Episode IV. 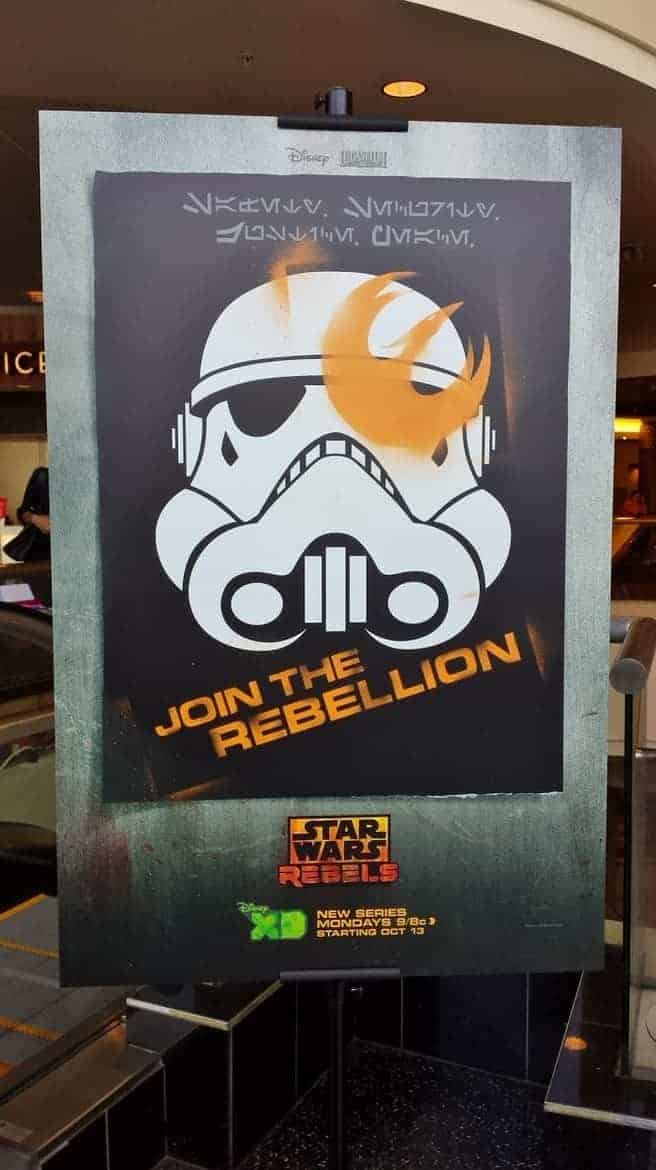 [infobox]The story unfolds during a dark time when the evil Empire is tightening its grip of power on the galaxy. Imperial forces have occupied a remote planet and are ruining the lives of its people. The motley but clever crew of the starship Ghost — cowboy Jedi Kanan, ace pilot Hera, street-smart teenager Ezra, the “muscle” Zeb, explosives expert Sabine, and cantankerous old astromech droid Chopper — is among a select few who are brave enough to stand against the Empire. Together, they will face threatening new villains, encounter colorful adversaries, embark on thrilling adventures and become heroes with the power to ignite a rebellion.[/infobox]

We were invited to a special showing of Star Wars Rebels: Spark of Rebellion. My daughter was thrilled to be able to see it on the big screen! It was a fun treat to take part in the activity centers – coloring stations, balloon artists making lightsabers for kids to play with and even Star Wars tattoos. 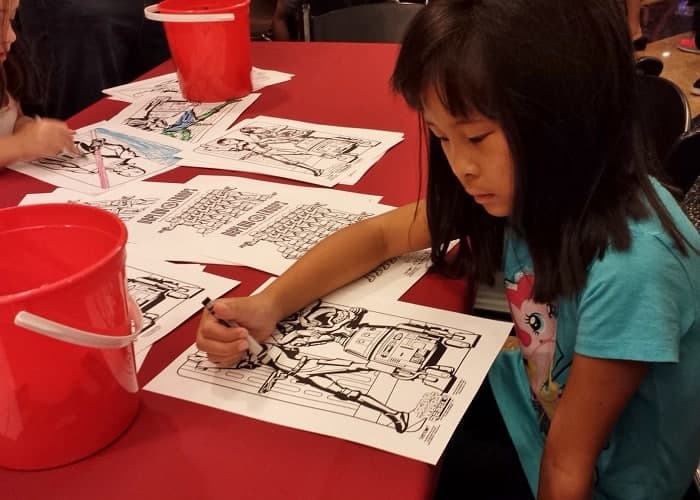 Executive Producer Dave Filoni introduced the movie to the fans in the movie theater. You could feel the excitement from the kids and even some of the adults too!

At the beginning of the movie, you meet Ezra, the blue-haired rebellious teenager. He teams up with Kanan – a Jedi survivor, droid Chopper (think R2D2), warrior Sabine, starship pilot Hera and mighty Zeb. Together they make up the crew of the starship Ghost. Their mission? To rescue the Wookies who have been taken to the mines of Kessel. 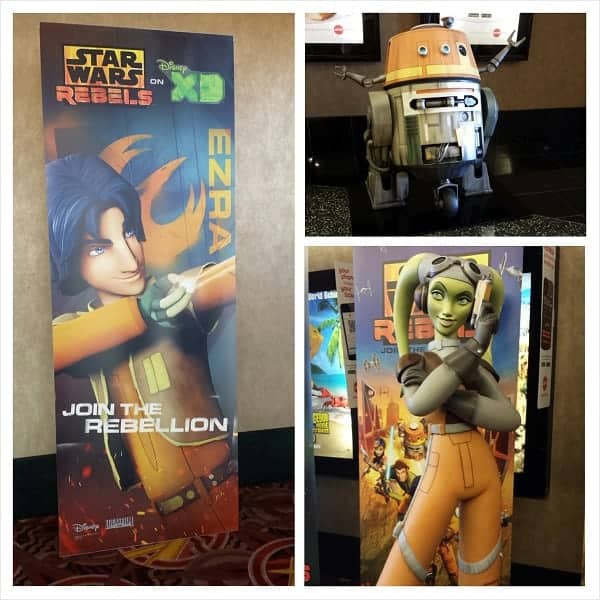 Sabine, pictured here with my daughter, is our favorite character. She’s a tough cookie who, time after time, is able to outmaneuver Agent Kallus. 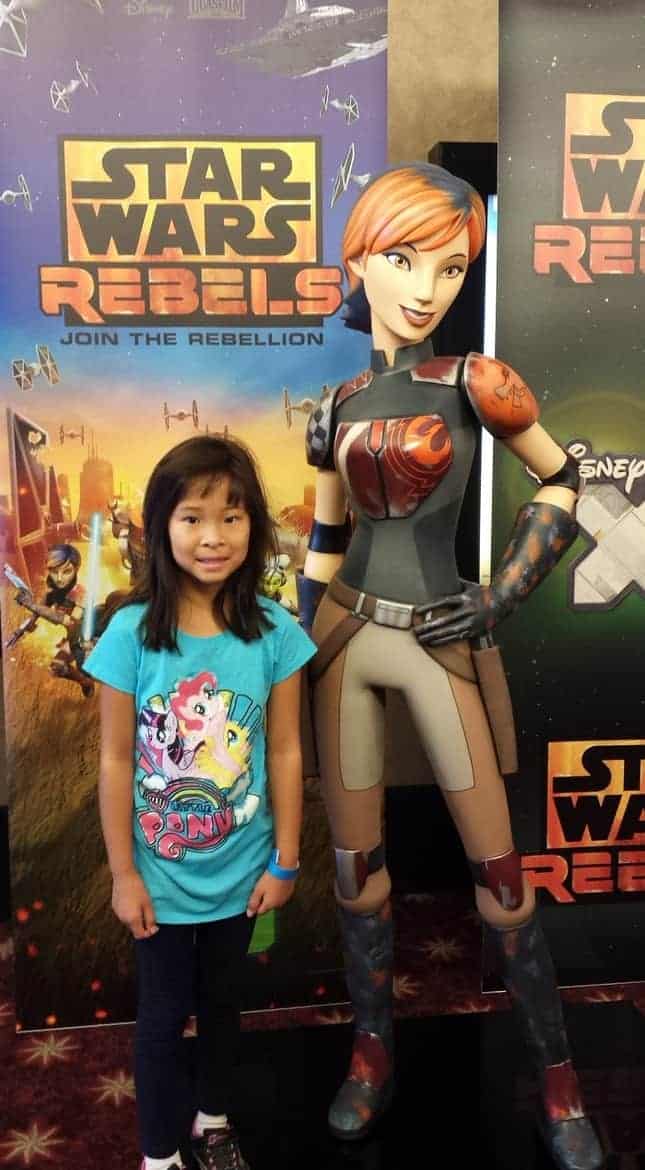 This one-hour movie is fun and fast-paced. Your kids will be begging to see more after it is over. But not to worry, as this movie kicks off the brand new animated series Star Wars Rebels!

I attended a media preview of Star Wars Rebels: Spark of Rebellion. All opinions are my own.