Star Wars Rebels, a new Series on Disney XD, follows ragtag starship crew while they stand up against the evil Empire as it tightens its grip on the galaxy and hunts down the last of the Jedi Knights.  Star Wars Rebels is set five years before the events of Star Wars: Episode IV A New Hope and tells the story of the Rebellion’s beginnings while the Empire spreads tyranny through the galaxy 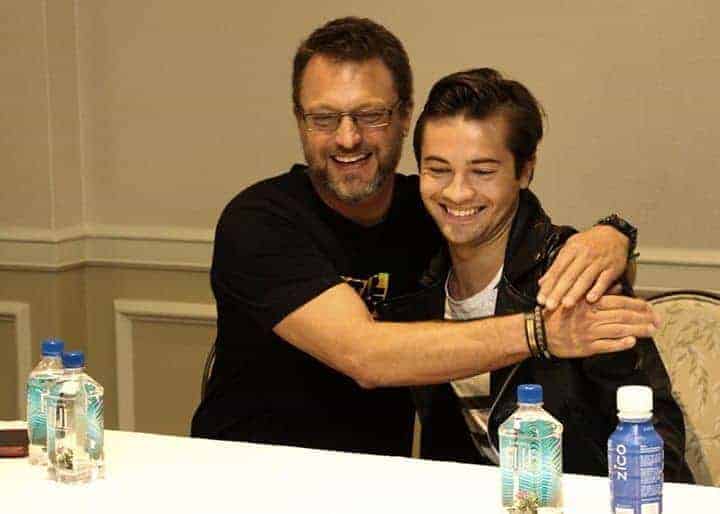 To get an inside look at the dynamics of Star Wars Rebels, sat down to interview Taylor Gray (voice of Ezra Bridger) and Steve Blum (voice of Zeb Orrelios)

Q : What drew you guys to the film?

Steve Blum: I was drawn when I was a kid and I first saw it.  I was seventeen.  I was fresh out of high school, I went to the premiere in 1977, and I was one of those kids in the theatre whose head snapped back when the imperial star destroyer comes across the screen and the whole theatre rumbled.  So, I get to relive this on a cellular level.  To get to go and see something like that, that was brand new.  It was stuff that we hadn’t seen before.  It, it woke up something in me and kind of gave me a new hope. But to get to work on something like that now, we’re bringing this to a whole new generation.  It’s really exciting for me. I’m a dad, so I like working on quality programming that’s safe for kids and it’s really got a great underlying message.  It does offer a notion that there’s something bigger than we are and that we can strive to be better than we are and, and that a small group of people can be just as powerful as a large army against injustice.

Taylor Gray: And there is a little bit of the force.

Q: Were you a Star Wars fan prior to this?

Taylor Gray: Yeah.  I hadn’t seen all the Star Wars movies.  I had seen 4, 5 and 6.  It’s a nice joke with us, because we have some people in our cast (Vanessa, Freddy and then Dave) who know more about Star Wars than anything I’ve ever met.  They know things that I think aren’t even in Star Wars.  Steven knows more than I do as well, but it’s been fun because I’ve now caught up and understood why everyone loves it so much.

I remember being in school when I was little, and every other kid had either a Star Wars shirt on or a lunch pail or a back pack.  Now it all makes sense why it’s so appealing, it’s really cool.  The best part of it is talking to fans of Star Wars and hearing their sentiments and why it’s so special to them, because everyone has their own connection to the Star Wars story. 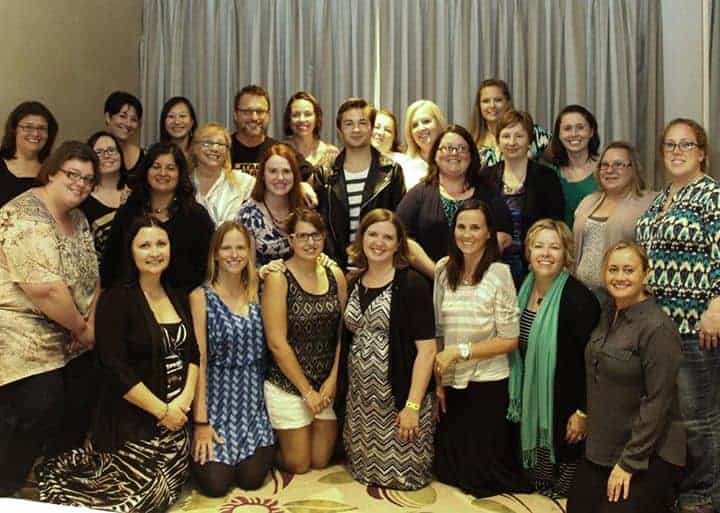 Q : How have you embraced the hardcore Star Wars fans?

Taylor Gray : I think it’s awesome.  I had no clue. The first little taste we got was they sent us to this thing called Star Wars Weekends, in Florida. I had no idea what to expect.  I was like oh, it will be fun to like hang out with a couple people who like Star Wars and go on some rides.  There were like 60 thousand people who all had Star Wars shirts or full on costumes, wardrobe, outfits, everything.  Just seeing that, I realized oh, wow, we’re in something much bigger than I thought. It’s been so much fun and they’re saying there’s so much more to look forward to, I can’t wait.

Steve Blum: I’ve been doing the convention circuit for the last 10 years for my other work for my other work and going to that weekend in particular seemed I’m thinking the show hasn’t come out.  Nobody’s gonna know who we are, and they’re chanting our names, you know.  It’s my name.  This guy had researched and knew everything that we did and people were bringing stuff up to me from my whole career.

Q : What was your favorite scene to voice over?

Steve Blum: O love all of it for so many different reasons. I think one of my very favorite scenes that I’ve seen so far was Ezra’s realization that he was doing something of value.  After our first initial struggle, and then stealing stuff, he’s sitting there and we’re giving away, food, and that was the whole purpose of our mission.  We’re risking our lives to do that.  To see that look of realization on his face where he’s just going, well, I didn’t do anything. It’s like he didn’t deserve the praise and you see a little bit of a transformation in him and that was, that was a very powerful moment for me.

Q : Another moment is when he realized you came back for him, another strong turning point.

Steve Blum: And for me actually not taking care of him and letting him go, that was a really hard thing for me to play as a dad.  It was really hard for me to, to just say “you’re on your own,” and leaving him with the empire.  I mean that was terrible, but thank God we resolved that.  I can sleep now.

Star Wars Rebels currently airs on the Disney Channel – perfect for a family movie night! The half-hour series is on Disney XD on Monday’s at 9:00 p.m., ET/PT.

Thank you Disney for covering my travel expenses, all opinions are my own. Photo Credits to Disney.