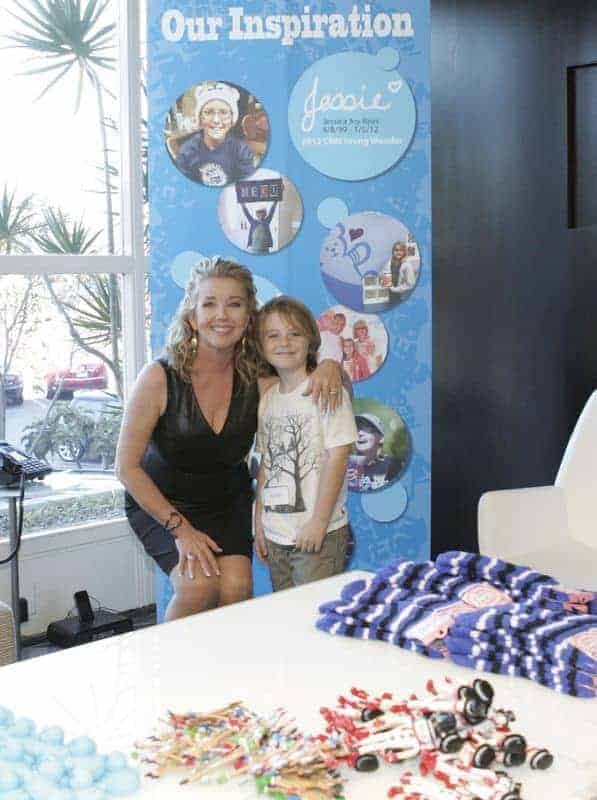 One of my favorite television commercials of all time is the Volkswagon commercial starring Max Page where he played “Little Darth Vader.” Max was born with a congenital heart defect, which requires him to have a pacemaker. Having had many surgeries at Children’s Hospital Los Angeles, Max is passionate about giving back to pediatric charities.

In addition to acting on The Young and The Restless, Max is the Jr. Joy Ambassador for the Jessie Rees Foundation. Max’s goal is to stuff 100,000 Holiday JoyJars and distribute them to over 240 children’s hospitals around the United States and 18 countries. To help Max reach his goal, several cast members of The Young and The Restless along with a group of bloggers were invited to help assemble these JoyJars.

When I first arrived at the CBS Television City Studios, we watched an awe-inspiring video of Jessie Rees, the creator of JoyJars. Jessie was a brave young girl who fought two brain tumors. Having spent countless hours in the hospital meeting other kids her age, Jessie wanted to come up with something that would spread hope, joy and love to children fighting life altering medical illnesses. It was during a drive to the hospital with her parents that the idea of JoyJars was born.

JoyJars are filled with fun toys and activities for kids and are 100% free to patients and hospitals. The motto for the foundation is “Never Give Up!” or NEGU. You’ll often see toys or bracelets printed with NEGU, which serves as a reminder to these young patients. 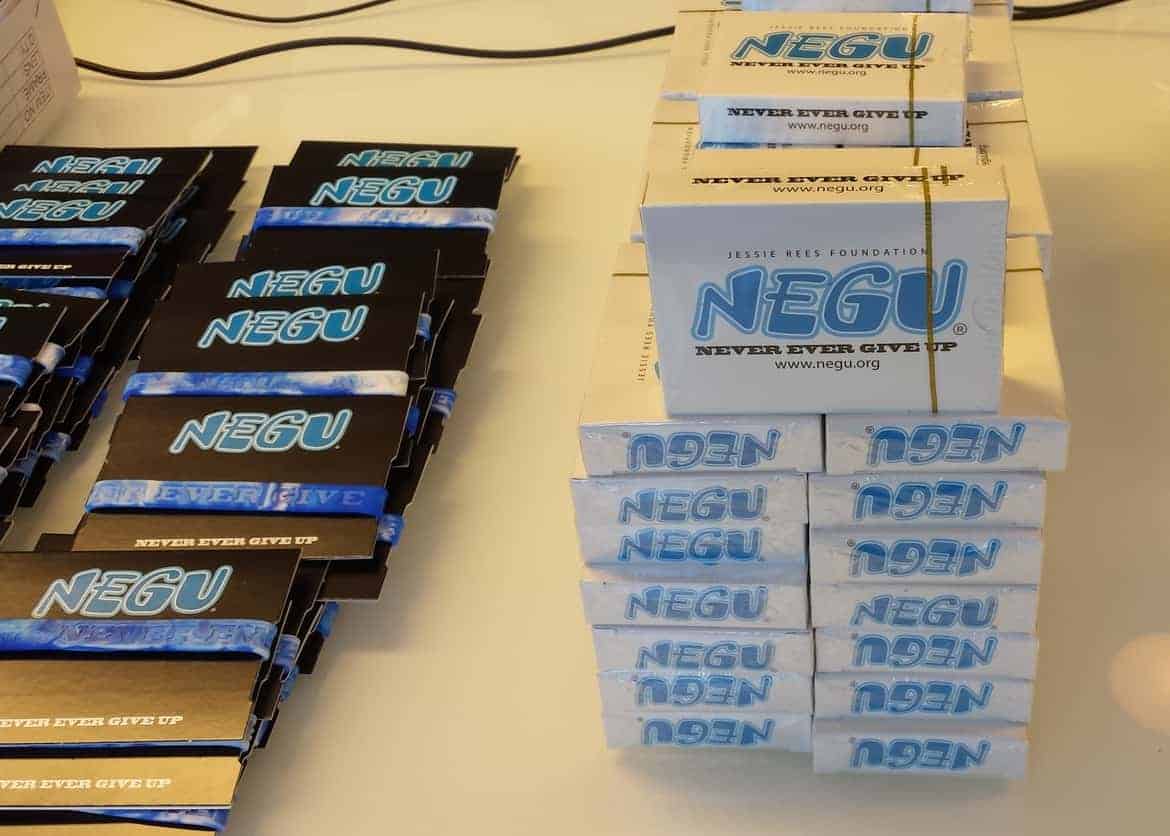 Although Jessie passed away last year, her legacy lives on through the Jessie Rees Foundation and the Joy Squad. What exactly is the Joy Squad? For a small monthly fee, you can be a member of the Joy Squad and sponsor JoyJars for these courageous children.

If you would like to learn more about the Jessie Rees Foundation or become a volunteer for Team NEGU (Never Give Up), please visit their website.

Thank you to Max Page and the Jessie Rees Foundation for inviting me to this event so that I could raise awareness for such an important cause.