I was in middle school when the Teenage Mutant Ninja Turtles first broke out on the scene in the late-80’s. My younger cousins were really into the animated TV show. I remember everyone had the action figures and young boys would run around shouting “Heroes in a Half Shell!”

Well folks…Donatello, Leonardo, Michelangelo and Raphael are back! And guess who is playing April O’Neil? It is none other than Megan Fox. 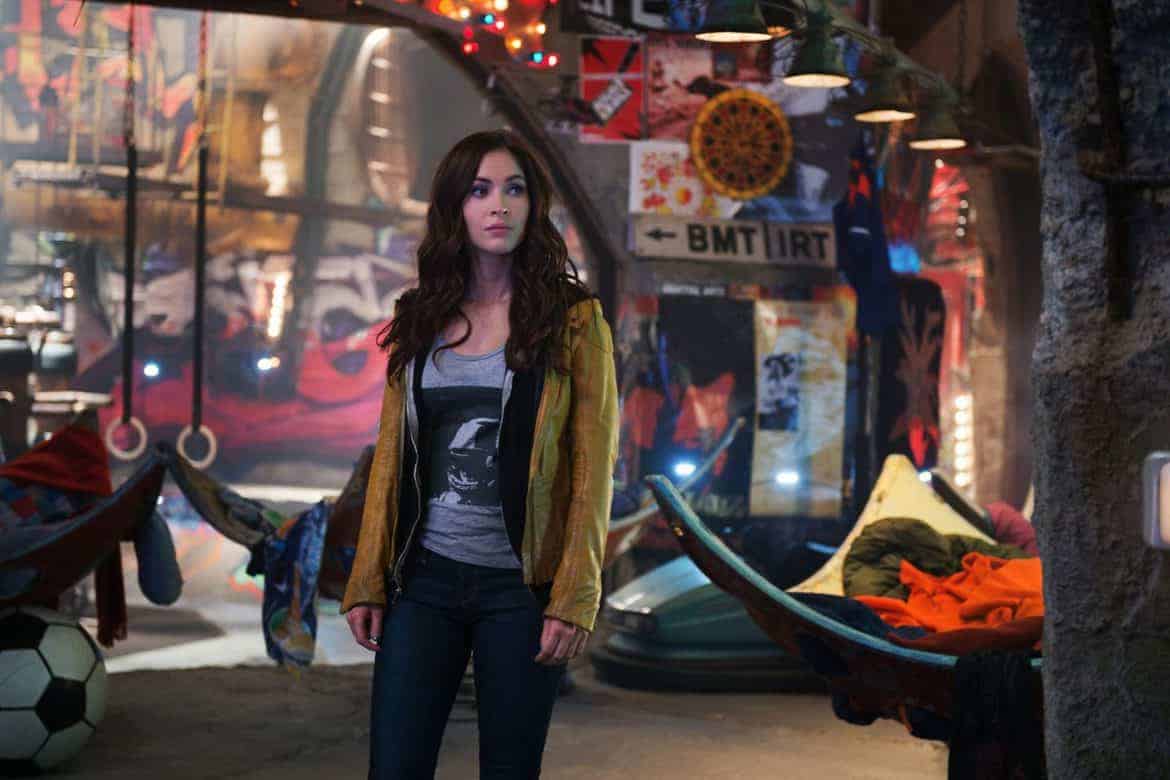 The city needs heroes. Darkness has settled over New York City as Shredder and his evil Foot Clan have an iron grip on everything from the police to the politicians. The future is grim until four unlikely outcast brothers rise from the sewers and discover their destiny as Teenage Mutant Ninja Turtles. The Turtles must work with fearless reporter April O’Neil (Megan Fox) and her wise-cracking cameraman Vern Fenwick (Will Arnett) to save the city and unravel Shredder’s diabolical plan. Based on the Teenage Mutant Ninja Turtles Characters Created by PETER LAIRD and KEVIN EASTMAN with a Screenplay by JOSH APPELBAUM & ANDRÉ NEMEC and EVAN DAUGHERTY, Producer MICHAEL BAY (the blockbuster Transformers franchise) and director JONATHAN LIEBESMAN (Wrath of the Titans) bring Teenage Mutant Ninja Turtles, the popular franchise that has captivated audiences of all ages for decades, into the 21st century.

I recently had the opportunity to sit down with Megan Fox and chat with her about being a fan of Teenage Mutant Ninja Turtles as a child, her experiences on the TMNT movie and being a working mother. I can’t wait to share with you what we discussed, but you’ll have to check back at a later date for that article.

In the meantime, enjoy this newly released trailer of Teenage Mutant Ninja Turtles!

35 thoughts on “Get Ready for Some Turtle Power with Megan Fox!”