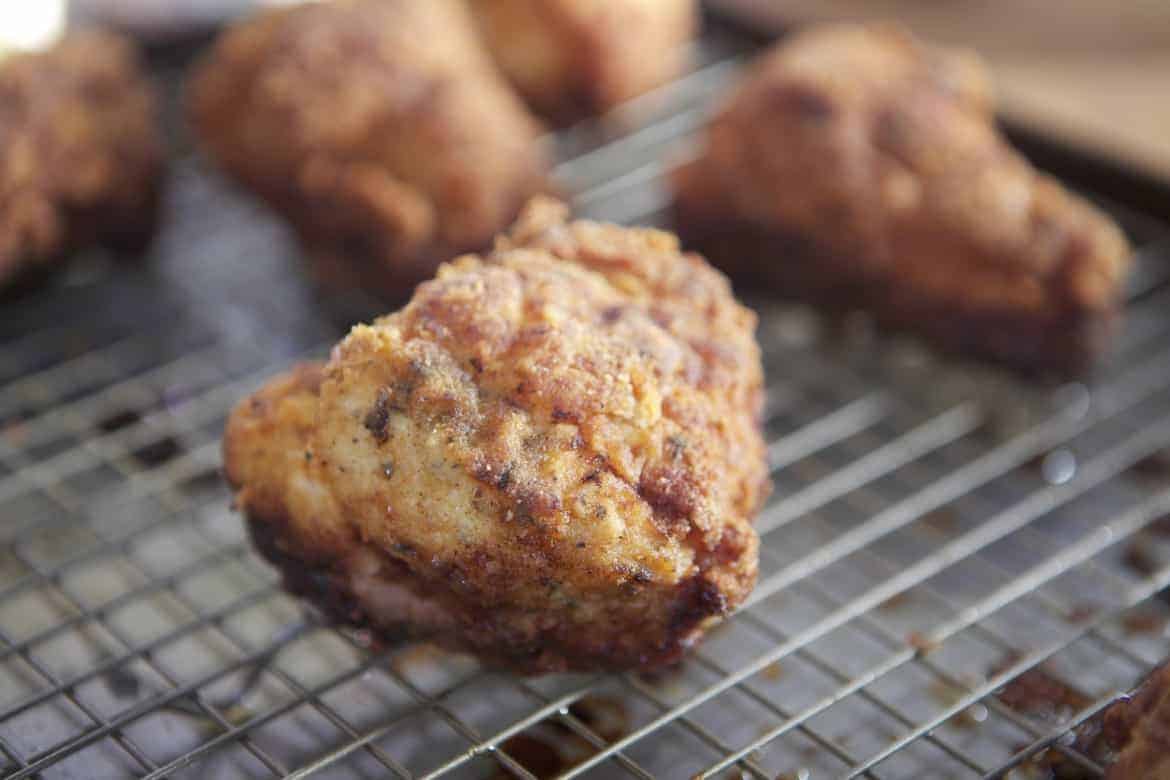 When you think of Southern soul food, fried chicken often comes to mind. The crisp well-seasoned skin, rendered of excess fat is a hallmark of well made fried chicken that has been a Southern staple since before the American Civil War. Interestingly though, the South isn’t the only place in America that has amazing fried chicken. Midwestern-style fried chicken offers a different joy that allows gravy to be the star of the dish. While both recipes begin the same way of soaking the chicken briefly in buttermilk and frying the bird until crisp, Midwestern-style fried chicken then veers off and bakes the chicken until the meat begins to sag on the bone, allowing for a creamy, rich gravy to be made from the sticky brown pan deposits to be poured over an even more flavorful baked and fried chicken.

If you’re a fan of Southern soul food, having this Midwestern fried chicken with gravy is a must-try. Adapted from “The New Midwestern Table” by Amy Thielen, this recipe makes for a great, perfectly-fried chicken dinner that will leave everyone at the dinner table hoping for seconds!

[yumprint-recipe id=’15’]For more delicious, homemade recipes like this Midwestern Fried Chicken with Gravy meal, tune in to Heartland Table with Amy Thielen on the Food Network. Recipe provided by and used with permission from The Food Network.