If you are looking for something a little daring and out of the ordinary, Spelunking might be for you. It is a whole new kind of adventure travel that takes you…underground. 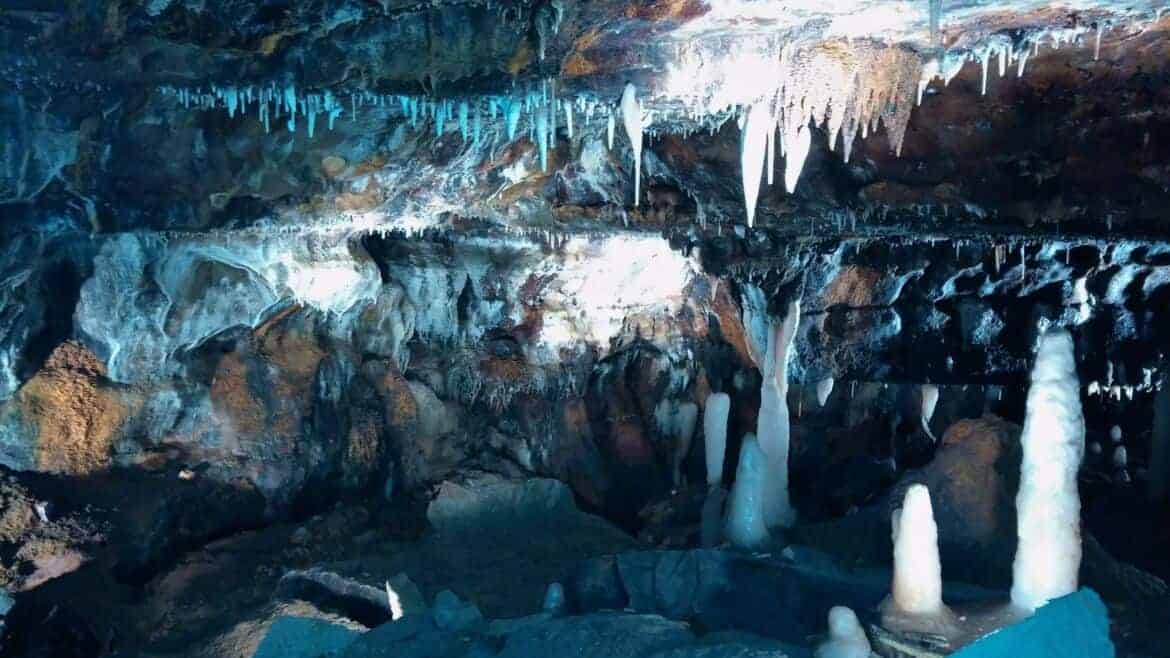 Essentially, spelunking is the exploring of caves and caverns that are not already designated for exploration by a park or another tourist type of organization. A cave has a natural opening that allows for the entry and exit of all living things while a cavern has no natural opening until something finds its way in. Crawling into a dark cave or cavern without any guidance may sound terrifying, but that is also what makes it fun and exciting. Having been intrigued by this activity for quite some time, I wanted a little more introduction before I jumped into the first cave I stumbled upon. Therefore, I did some exploring at the Ohio Caverns in West Liberty, Ohio and The Seneca Caverns in Bellvue, Ohio. Both destinations feature guided tours and give visitors an idea of what it is like to explore the underworld. 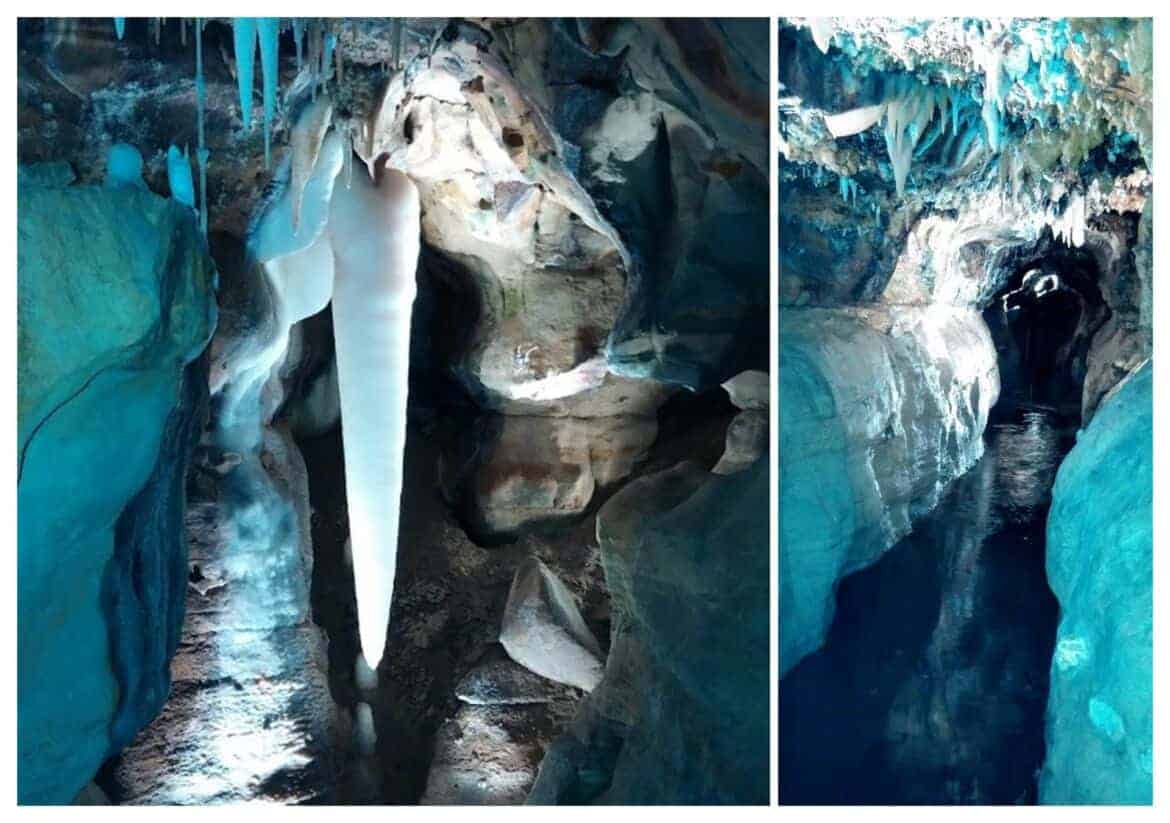 First discovered in 1897 by a farm hand, the Ohio Caverns are a beautiful and easy introduction to spelunking. Shortly after the young man found the cavern, the farmer that owned the land allowed people to enter for a fee. He would hand them an oil lantern and let them crawl through the mud and rock to explore as they wished. This was pioneer spelunking. Eventually, the land was sold off and the next owners had the mud moved out bucket by bucket, and the cavern was cleared out for tours.

There are multiple tours and each are a relatively easy walk. The spaces are narrow but require little effort. With electric lighting and a detailed account of the natural wonders, it is a fascinating tour. If you are claustrophobic, it may be a little stuffy. As I entered the concrete shelter housing the endless staircase that carried me almost 100 feet below ground, I panicked a little. I am not a claustrophobic person, but it is a little overwhelming to be in such an enclosed space especially as the guide continually shouts out the footage as you descend deep below the surface. The Natural Wonder Tour had an entrance outside that was much less intimidating. Your descent isn’t as obvious as you plummet under the layers of limestone.

As I walked through the cavern, the fear of being trapped by falling rocks suddenly sprang into my head, and I had to ask about the likelihood. The limestone is a great insulator and each of the guides assured us that there was little chance of a rock fall. The last rock fall in the cavern was over 40,000 years ago. We were also told that some years ago there was an earthquake that shook items off of the wall in the gift shop, but that the 90 people that happened to be on one of the tours were completely oblivious to the earthquake. They had felt nothing as they walked through the caverns. This gave me a little relief, at least enough to enjoy the sights.

Inside caves and caverns, you will find an array of intriguing elements:

Stalagmite – This is a mineral deposit that forms from water that drips onto the floor of the cave. The minerals slow build and it forms what looks like a spike-shaped crystal that grows upwards towards the ceiling of the cave. The larger stalagmites take thousands of years to grow.

Stalactite – This is the same formation as a stalagmite only it forms on the ceiling of the cave and grows downward towards to the floor.

Column – This occurs when a stalagmite and stalactite meet and join to form a large column or pillar-like mineral formation.

The Ohio Caverns also pride themselves as America’s most colorful caverns. The brilliant spectrum of colors makes you feel like you are looking at a work of art. 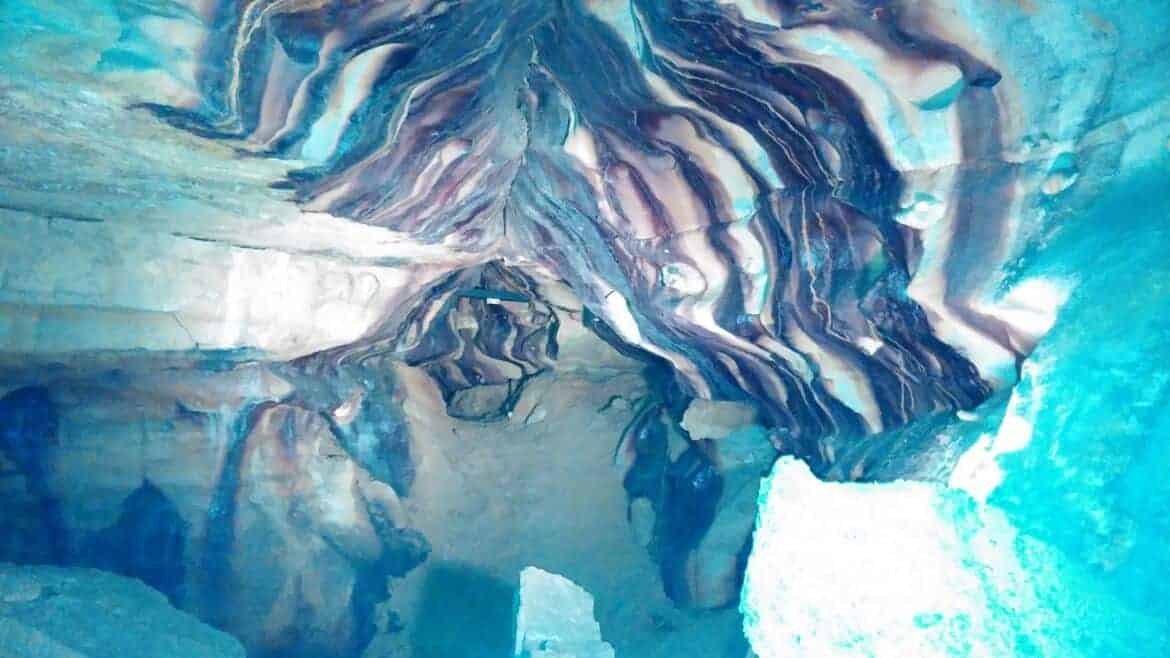 The Seneca Caverns were completely different. The discovery was similar to that of the Ohio Caverns, two boys chased their dog as he ran after a rabbit, and they all tumbled into an opening that led underground. The owner of the land also let people pay to tour the unique find, and he would tie a rope around their waist and attach it to a tree. Then, he handed them a candle and sent them on their way. 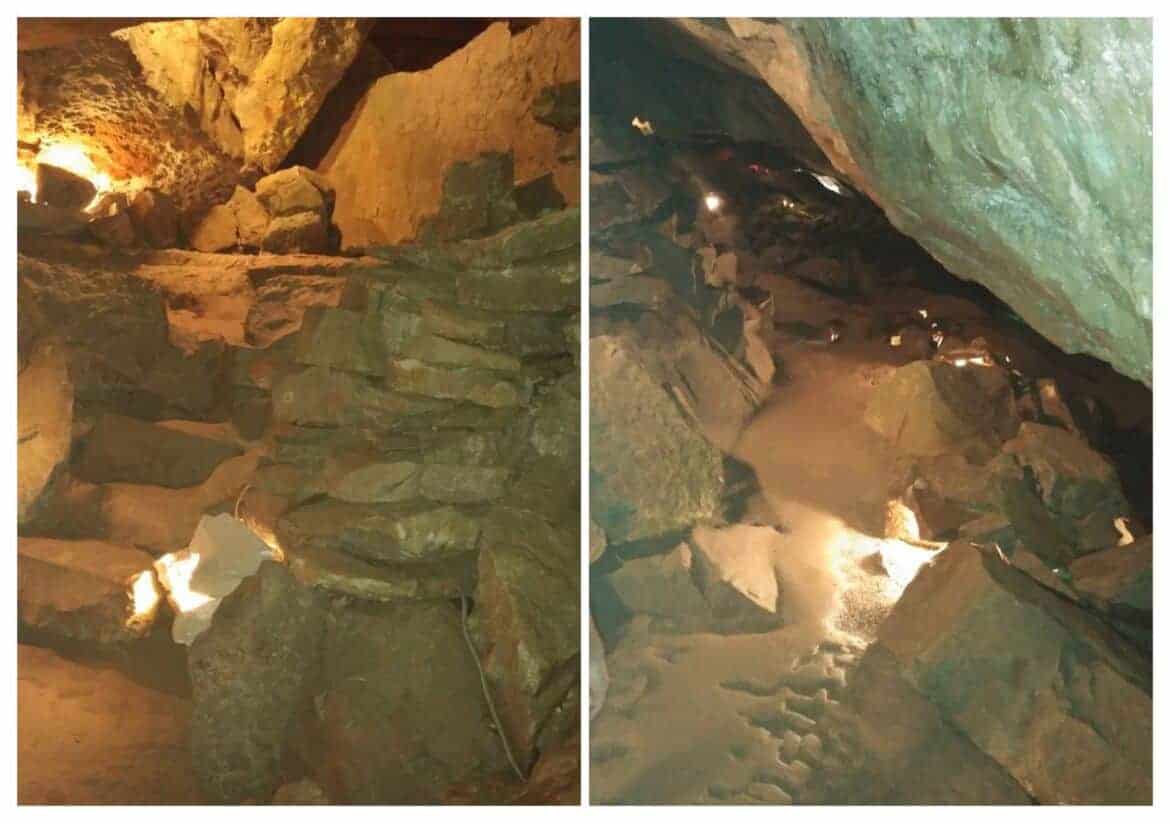 Inside this cavern, you slowly zigzag your way underground climbing over rocks and squeezing through smaller spaces. While there isn’t as much color or mineral formations as the Ohio Caverns, the caverns at Seneca are much more of a challenge physically, and the cavern runs deep enough to actually see the water table. I could actually climb deep enough and stick my hand right into the freezing, crystal clear water. It was a totally difficult experience, and it made me realize that each cave/cavern is unique.

It is also an activity that can be done year round. While the inside is a little chilly, between 40 and 50 degrees Fahrenheit,  it never changes even when the temp on the surface changes. This means you can spelunk even in the middle of the winter. 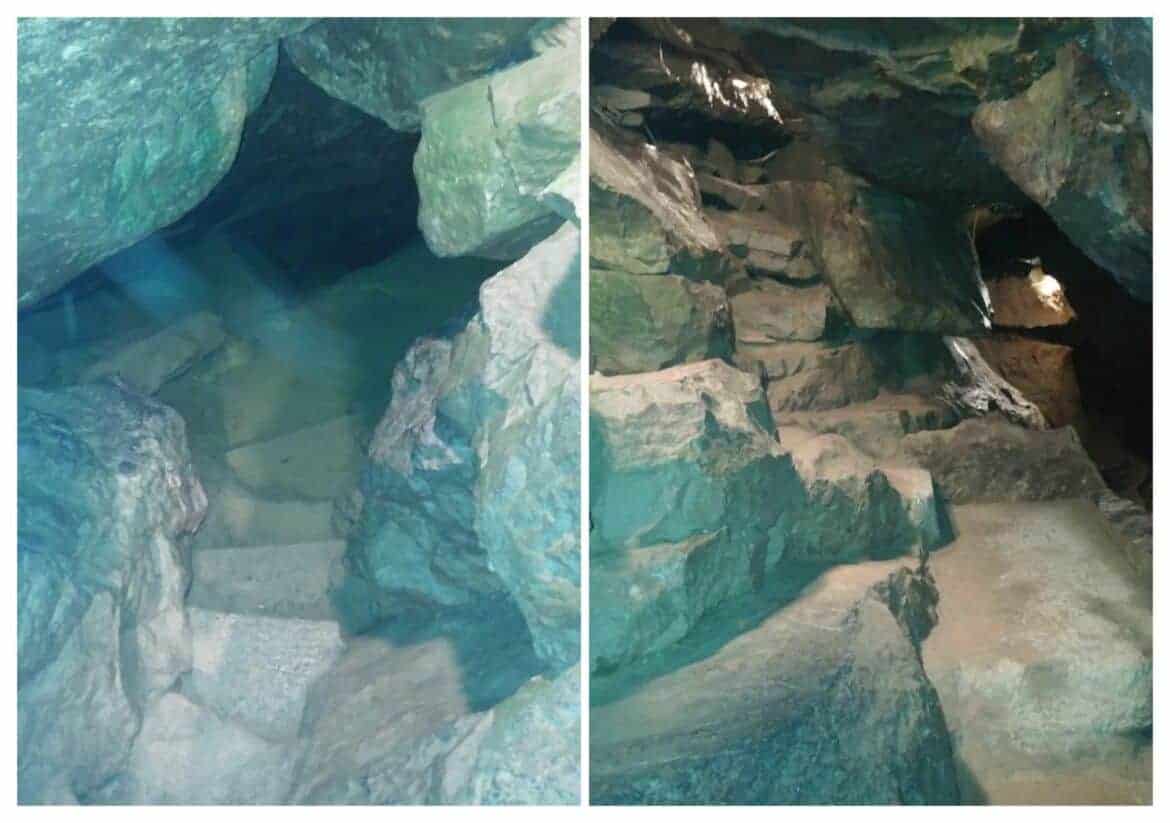 While I have yet to actually “spelunk” in the true meaning of the word, I think have some more learning to do. It is an incredible experience, but it can also be potentially dangerous. Before you jump into the first cave you find, do some guided tours. Live Science has a great list of spelunking tours and the Travel Channel has great tips.  There are many areas all over the United States that offer tours as well as places that you can explore on your own (it is also important to always spelunk with at least one other person). There are also many other elements to spelunking that I didn’t get to experience in my short tours. Many caves are underwater, and you have to dive to explore. There are also caves where you can zip line and rock climb. The sights also very greatly within each cave/cavern with waterfalls, crystals, and whole other worlds you might have never even imagined. It is a whole new travel destination.

It is also important to remember to leave everything as you have found it. When people touch mineral formations and other natural occurring formations, it impedes their growth by 50 years. Leave everything as natural as possible in order to allow it to continue its beautiful growth and let others enjoy it too. Now, go explore!