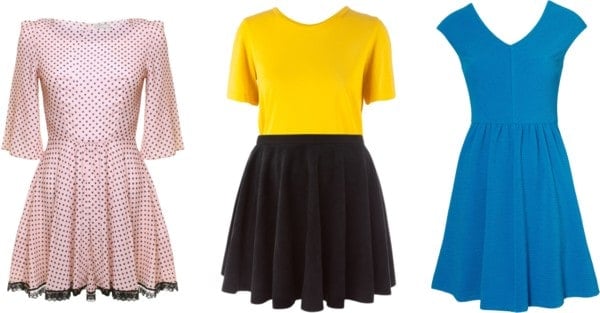 Can you believe it’s been over 63 years since Charlie Brown made his debut in newspapers nationwide? Little Charlie Brown has been around for man landing on the moon, hair bands, boy bands, and the rise of the iPhone, and now he’s stepping foot into a new world: computer generated animation. I was surprised to see the trailer for the new Peanuts movie hit the internet a solid year before the film’s release date, but it seems like nothing when you look at where Charlie Brown went to get here.

1947: Charles M. Schulz began publishing a comic strip called Li’l Folks in the St. Paul Pioneer Press. The name “Charlie Brown” was used for several characters, but the good man we call CB didn’t come around until a few years later with the Peanuts strip.

1950: On October 2nd, Charlie Brown, Sherman, and Patty (pre-Peppermint) were printed in The Chicago Tribune, The Washington Post, The Denver Post, The Minneapolis Tribune, The Allentown Call-Chronicle, The New York World-Telegram & Sun, The Bethlehem Globe-Times, The Seattle Times,  and The Boston Globe. The strip was officially named Peanuts as a tribute to the peanut gallery on Howdy Doody.

1971: You’re a Good Man, Charlie Brown the musical with music and lyrics by Clark Gesner began a month-long stint on Broadway.

1983: Knott’s Berry Farm theme park bought the rights to the Peanuts characters and made Snoopy the park mascot. They also built a series of attractions to Snoopy’s theme (which is currently under construction). 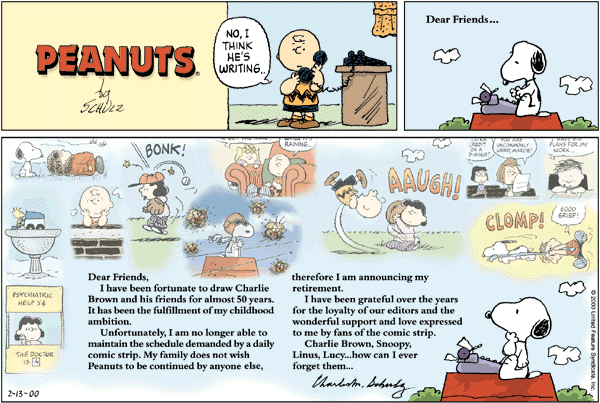 2000: One day after the passing of Charles M. Schulz, the final Peanuts comic strip is printed in newspapers.

2015: Charlie Brown will return to animation, but this time as a 3D animated character in the simply titled feature Peanuts. The movie is scheduled to hit cinemas November 25, 2015, and the trailer is already leaving me begging for more. Schulz’s sons Bryan Schulz and Craig Schulz are both involved as writers and producers working with Blue Sky Studios animation.