Percy Jackson (played by Logan Lerman) is back in Percy Jackson: Sea of Monsters. The son of Poseidon’s friends demigoddess Annabeth (Alexandria Daddario) and satyr Grover (Brandon T. Jackson) continue their training at Camp Half-Blood and support Percy in his efforts, despite his one-hit-wonder reputation, as diagnosed by demigoddess of war Clarisse (Leven Rambin). When their camp’s guardian tree is poisoned by the first installment’s unbeknownst surviving demigod Luke (Jake Abel), the all-healing Golden Fleece provides the only solution to heal the tree and protect the camp. Clarisse sets out to find the fleece, as she has trained the best, but Percy, Annabeth, and Grover are quick to follow, knowing that this is indeed their quest, too. Additionally, Percy discovers his prophecy, and obtaining the fleece before Luke becomes essential to protect more than just Camp Half-Blood. 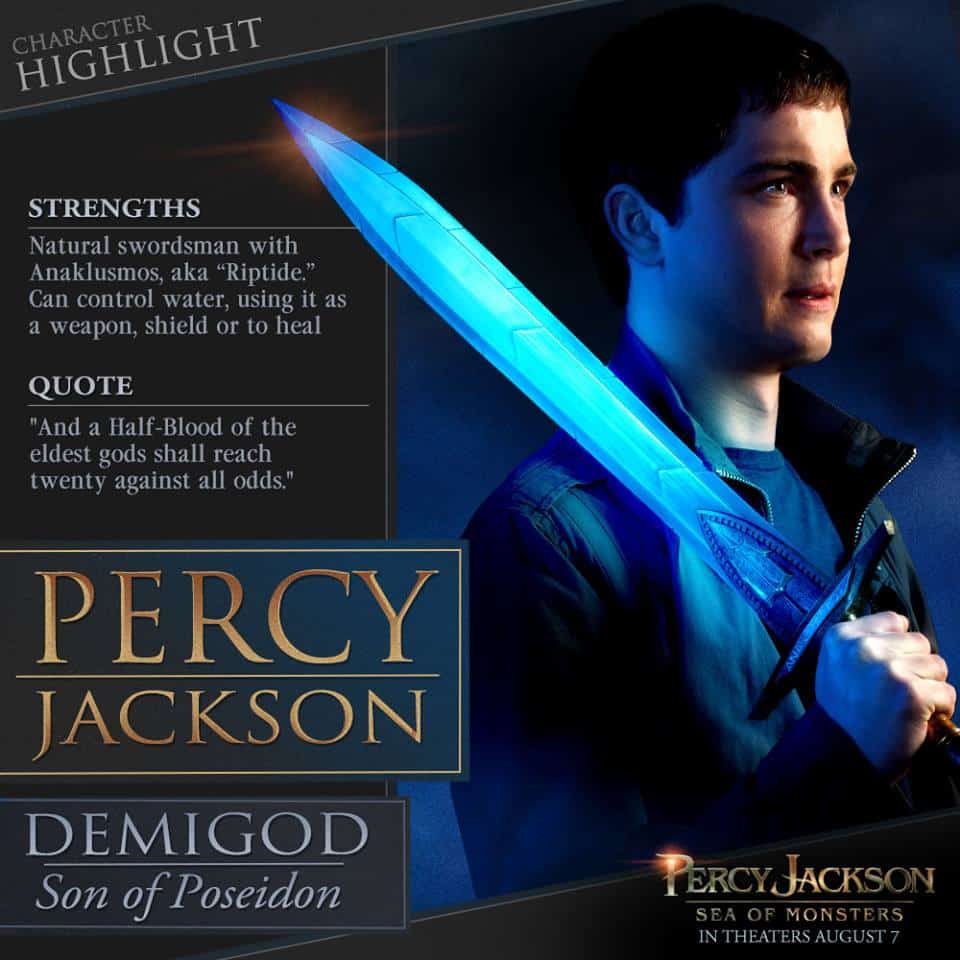 The first third of the movie is definitely quick! The recap above covers only a few short scenes to establish the plot. Rambin does a great job of inserting herself into the Percy Jackson ensemble. In addition, Douglas Smith joins the cast as Tyson the Cyclops half-brother of Percy (his mother was a nymph, which caused his Cyclops race instead of demigod race). Tyson’s very outward issues and Clarisse’s inward emotional issues are two elements that the original Percy Jackson film was missing.

Tyson’s extreme self-consciousness of wearing glasses to cover his single eye and Percy’s eventual acceptance of his brother is what I value as the most important message of the film. Annabeth vocalizes her distaste for Tyson’s appearance often, and when she and Percy are able to overcome the physical differences between themselves and Tyson, the biggest underlying message of equality is brought to light in a way that kids can greatly understand.

While on her rightful quest, Clarisse runs into Percy and his gang. Percy’s quick thinking in the sea of monsters leads to a plan, and the teamwork between Clarisse and Percy saves their lives. Clarisse’s ability to overcome her pride to do what is best for everyone is again a beautiful lesson to teach children watching (and remind their parents).

The 3D graphics are bittersweet in that the film was converted to 3D in post production, making most of the movie dimensional, but not jumping off of the screen. Some kiddos may have a hard time watching the film, as some scenes are graphic and violent for an elementary crowd. Percy Jackson: Sea of Monsters is rated PG for fantasy action violence, some scary images and mild language. If you’re planning on bringing your younger kids to the theater, try seeing the movie at a kid-friendly matinee showing (some theaters offer morning showings with lights on and sound softened).

I attended a press screening of this movie.