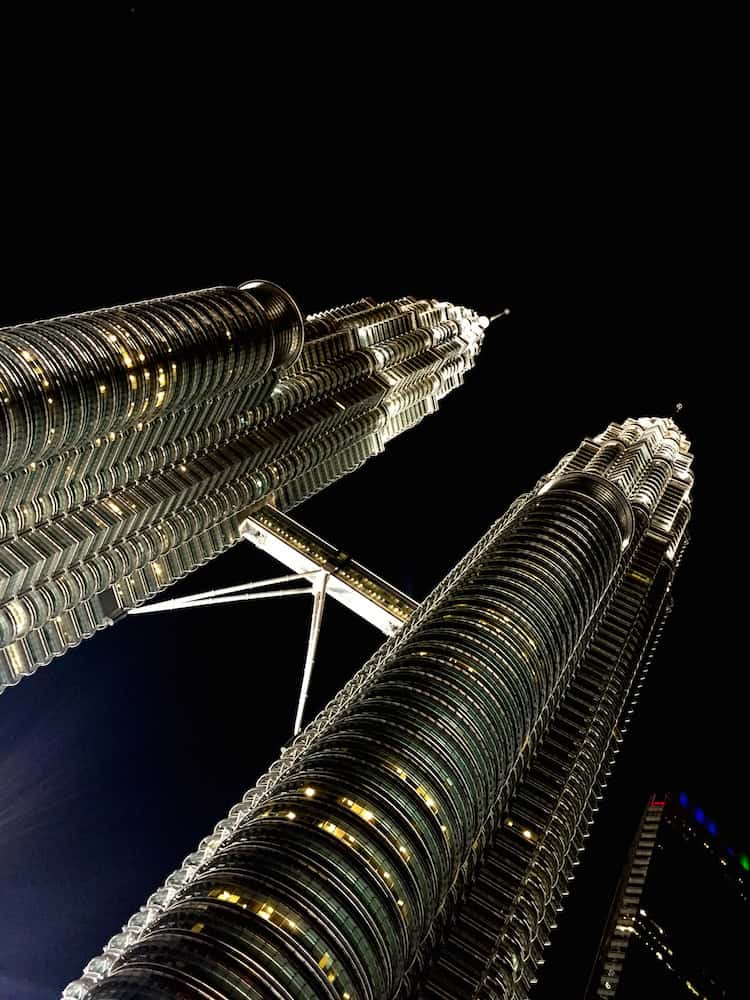 The city’s early years are marked with great tragedy, beginning with the great fire in 1881. This devastating fire ripped through the young city at an alarming pace and destroyed it overnight. It was through sheer determination that the citizens decided to stay and rebuild their blossoming city.

Then Kuala Lumpur triumphantly became the capital of Malaysia in 1957, only to be nearly wiped away again during the flood of 1971. In this fashion, the history of Kuala Lumpur is marked with triumph over adversity over and over. 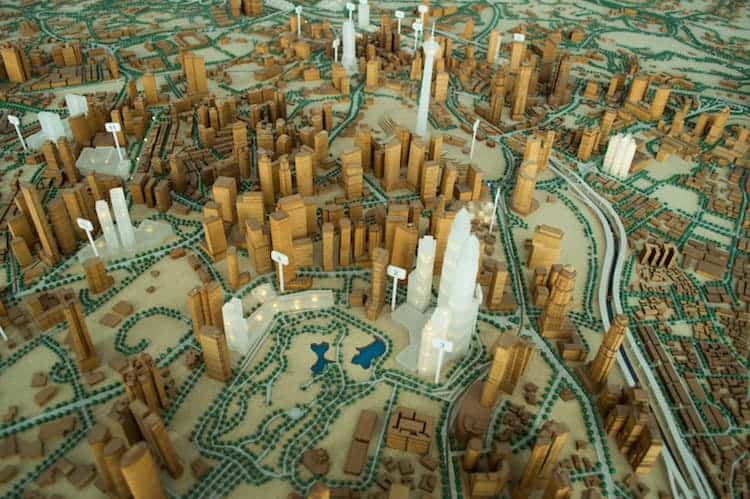 It’s only fitting that the fruition of the Petronas Towers follows along that path in history. Today, when tourists gaze upon the looming structures that comprise the towers, it can be hard to believe that these 452 meter (1,480 foot) buildings almost never were.

The brain child of former prime minister, Tun Dr. Mahathir Mohamad, during their three years of construction (1993-1996) there were many setbacks for the towers, but Dr. Mahathir was determined to see them through to completion.

In a brilliant last ditch effort, he created a competition that awarded contracts to two different companies, both from different countries: Samsung Engineering & Construction from Korea and Hazama Corporation from Japan, for the completion of one tower each. They were given two years to finish their tower, along with a hefty penalty of being fined a delay cost of about $700,000 USD per day over that time.

Ultimately it was Samsung Engineering & Construction who pulled out the win in 1996 with the completion of their tower. 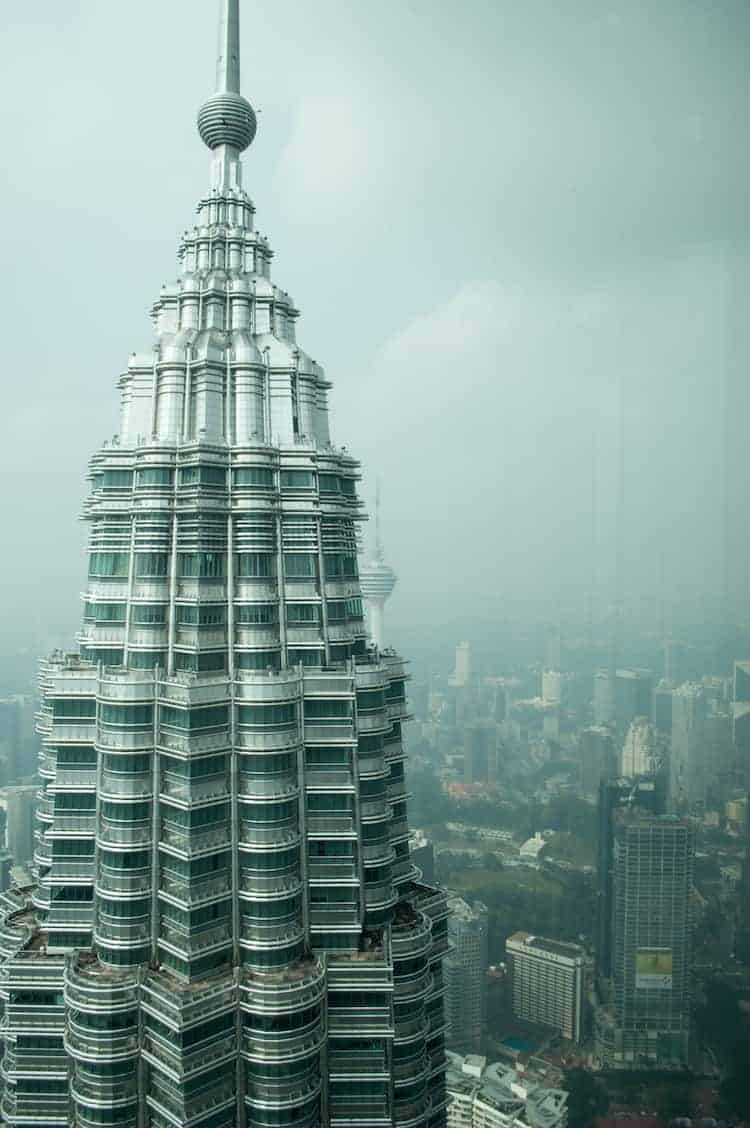 One of the highlights of the towers’ distinctly Malaysian design is the double decker skybridge that connects the two towers on the 41st and 42nd floor. At 190 feet long, the bridge is suspended 558 feet above the ground and weighs a whopping 750 tons, earning it the title of the highest 2-story bridge in the world.

Additionally, many guests are surprised to learn that it is not actually rigidly attached to the main structure. Instead, it is designed to be able to slide in and out of the towers because eerily, the towers (and most skyscrapers) actually sway during high winds. 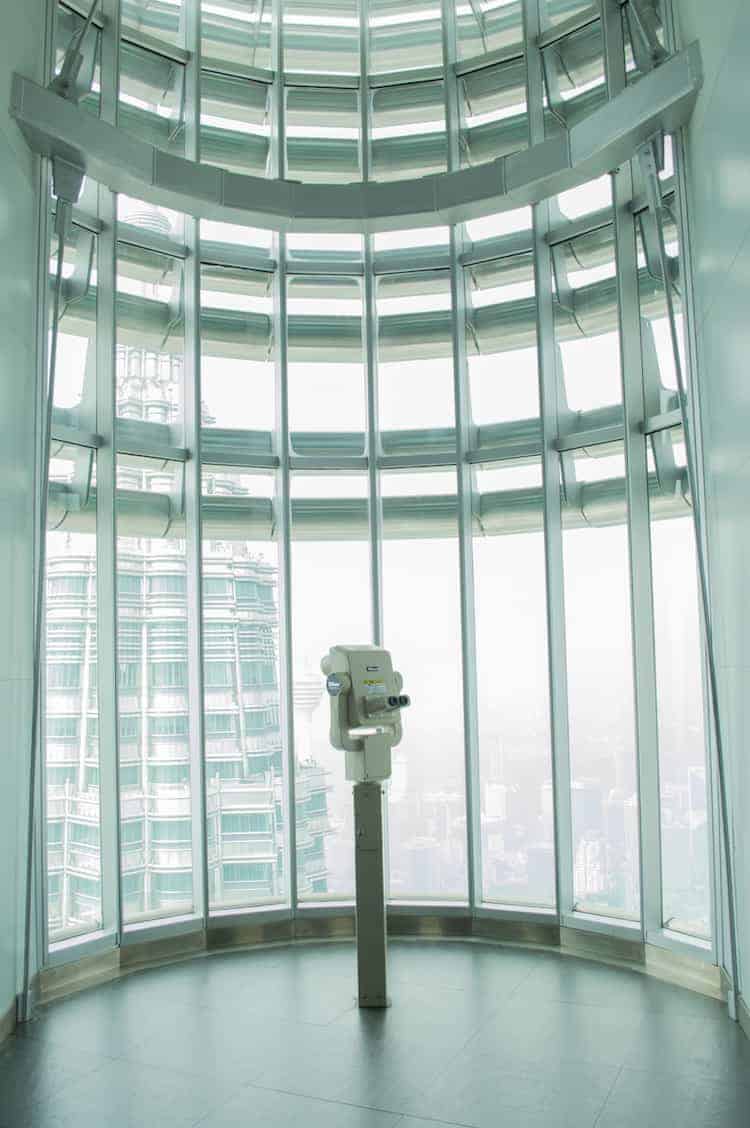 In his memoir, Dr. Mahathir said of the structure “Together, they will form a great arch that might suggest a gateway not just to Kuala Lumpur but to Malaysia’s proud, modern future”, even though it was Cesar Pelli, an Argentinian-American architect, who came up with the design.

The towers’ bases are shaped as eight-pointed stars and each level tapers off slightly, an influence found in many classic Islamic buildings.

Visitors can obtain tickets to see the skybridge and 86th floor for 80RM Adult and 30RM per child each Tuesday thru Sunday from 9am to 9pm.