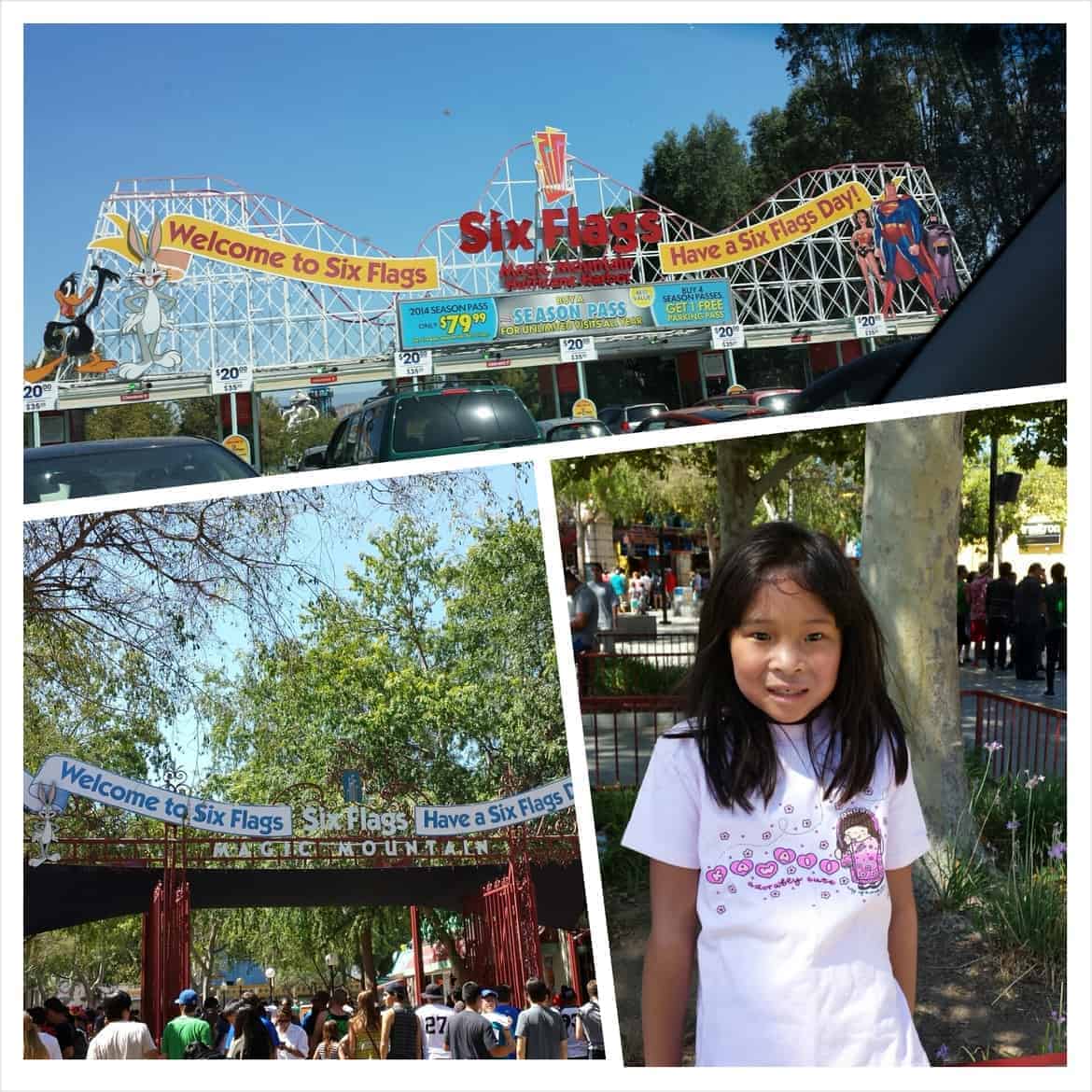 I have to admit though that we were not going to be riding any super tall or fast thrill rides today, we were at Six Flags Magic Mountain to watch the Pokémon Trainer Challenge. What is this challenge? It is where Pokémon enthusiasts at Six Flags Magic participate in a fun challenge for a chance to win a 4-pack of 2015 Season Passes to Six Flags, plus over $250 worth of Pokémon toys!

When we arrived, we found the Pokémon booth (sponsored by Tomy) near the Golden Bear Theatre.

There were all sorts of cute Pokémon plush toys.

The challenge didn’t start until 3pm, but there were sign-up sheets for kids to enter their name in a drawing. Officials randomly drew names at 2:30pm to find out which 10 kids were going to participate in the Pokémon Trainer Challenge. 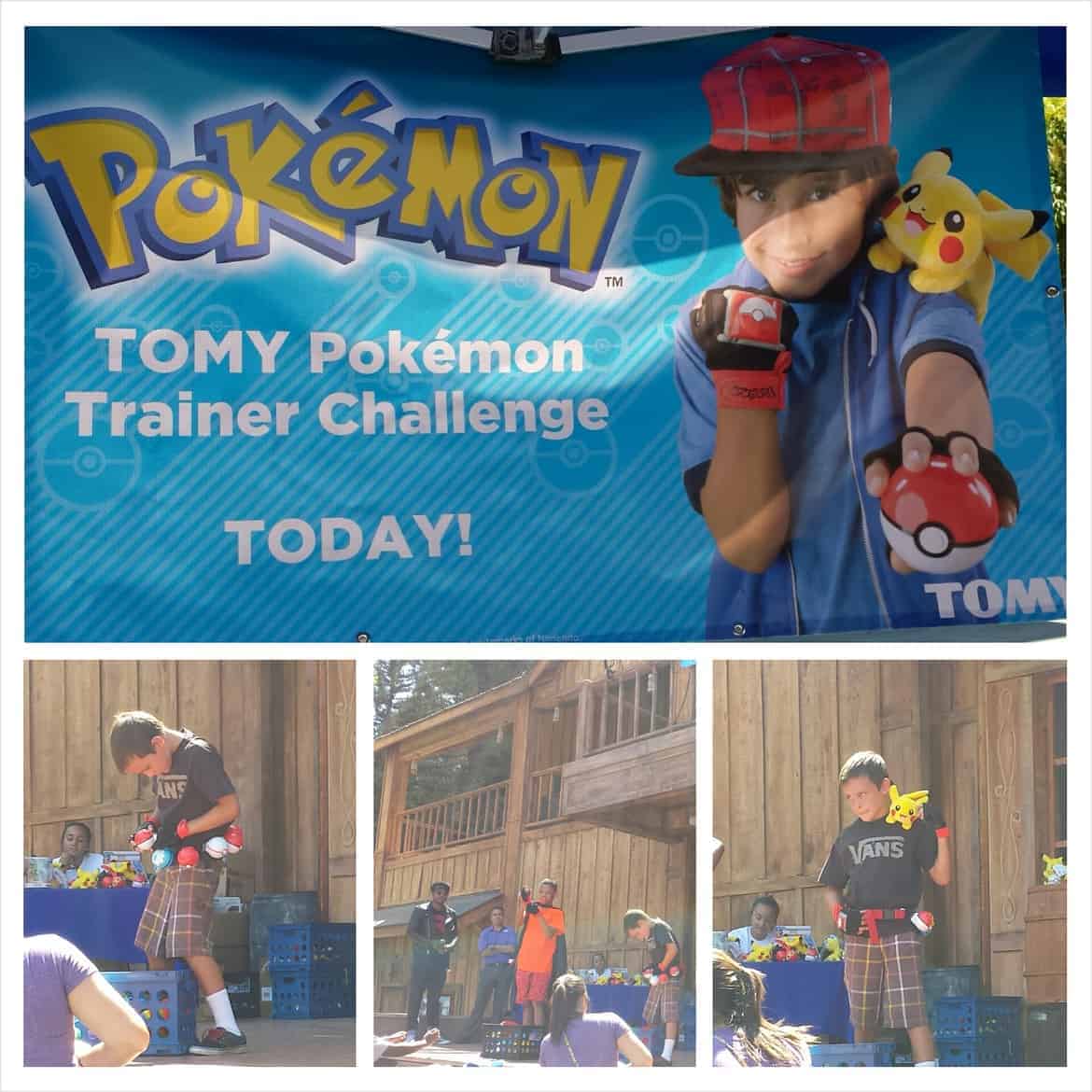 In the end, the kid who put on the gear the fastest won the prize! If you missed this fun event, don’t worry, there are other opportunities later this month. On August 17th, 23rd and 24th Six Flags guests will be able to visit the Pokémon branded booth inside each park, providing kids with the opportunity to check out some of the hottest new Pokémon toys.  Not only can kids try out the products, but they can also take their photo next to a life-size Ashe! This will be a unique experience at one of 5 theme parks. NOTE: Participating Six Flags theme parks include the parks in Chicago, New Jersey, Dallas, Atlanta and Los Angeles.

Thanks to Six Flags for allowing me to participate in this fun opportunity. All opinions remain my own.