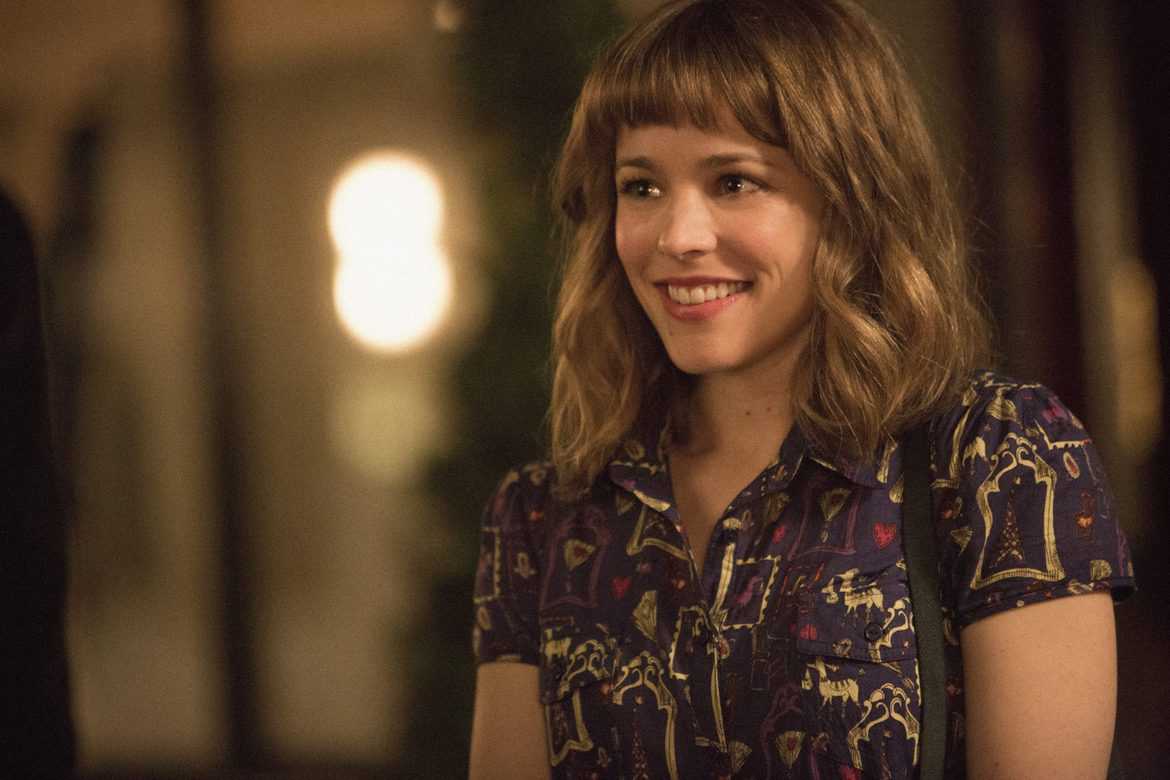 Select theaters have already had the chance to see About Time, which opens nationwide this Friday, November 8th, but if you haven’t been convinced to see it, one woman should be enough to seal the deal: Rachel McAdams. Personally, McAdams is my favorite actress. From the iconic Regina George in Mean Girls, to crushing our hearts in The Vow, and celebrating the Christmas spirit in The Family Stone, McAdams has proven she has a great range. I jumped at the opportunity to chat with her, accompanied by About Time writer and director, Richard Curtis.

McAdams: It was such a beautiful movie to work on because the whole crew was infected with what was happening in the story.  And we were all like kind of appreciating things just that little bit more than you would and sort of taking stock and because that was such a key part of it.  So, it was really infectious in that way.

In the movie, McAdams plays the character Mary, who is an insecure, modern-day Belle living in London. As striking as McAdams is (and I assure you, she really is prettier in person), her physical looks were quite contrary to Mary’s soft personality.

Curtis: I think probably the moment I saw Rachel, my initial reaction was you’re too pretty, we’re going to have to mess her up.  But, you were stubborn on making her–I mean, she wears a clumping great red cardigan.

McAdams: I would twirl it in front of him and be like, no, that’s not convincing?  He’s like, I’m not seeing it.

Curtis: I think the pressure of trying to normalize her came from Rachel a lot there, and even that blue dress that you wore. On the whole, you were very keen that she should not be a movie heroine in that movie heroine way, weren’t you, and that we should try and make her as normal a girl as possible.

McAdams: Like Julie Andrews from The Sound Of Music.

The story in About Time revolves around Tim (played by Domhnall Gleeson) and his ability to time travel and balance relationships with friends and family. Mary provides a grounding aspect in Tim’s life when she unknowingly reminds him to take every moment as it comes, as she does not know about his time traveling. McAdams had few regrets to share (including the decision to paraglide), but missed a simple and endearing memory with her family most.

McAdams: My dad had to go away for work sometimes, and we recorded on our little Fisher Price recorder a tape for him to put in his truck when he was driving.  And we sang jingles from our favorite cartoons.  And [my sister and brother] both had big spaces between their teeth when they were little.  And my brother, I’ll never forget this, singing Thunder Cats, Thunder, Thunder, Thunder, Thunder Cats.  And it was so cute. [My sister] taped over it with Lionel Richie’s “Dancing on the Ceiling.” So, we don’t have it.  I would kill for that.

Speaking of her family, McAdams shared about her journey into acting as an adult, despite knowing she wanted to be an actress from a young age. Though her family is supportive and she frequently participated in community theater, her parents chose to leave the big leagues to McAdams after high school. After graduating the theater program at York University, she began her film career.

McAdams: It’s funny.  I still felt like I was young even coming out of university and getting into it. At 22 years old, I was on a plane going to Italy, making my first movie.  I came from a small town, so that was a small fish in a very big pool all of a sudden. So, I don’t know that you necessarily have to go to theater school.  It was good for me.  I really enjoyed that, and I really thrived in that.  I finally found a place where I felt like I belonged. But, what I really appreciated about my parents not helping me when I begged for an agent was that… they kind of took me to meet one, but then he was so whacky and so clearly not the real deal that they were like, ‘We’re cancelling the check.’  You never pay an agent and all those sort of rules because I was just so desperate.  And he was the oddest guy.  He looked like a mime.  Really, the kabuki makeup, and he kept doing this with his ear, and he was like, ‘Well, you’ll have to get pictures, and you have to give us all this money.’  So, that I would definitely discourage, obviously.  But, I think what came out of that was that I just I knew I wanted it, you know?  I knew that to go to school and put all that time and energy and money into my education and acting and I never felt like it wasn’t completely what I wanted to do. 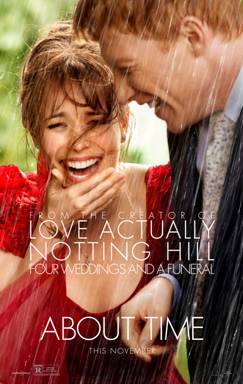 Images from About Time courtesy of Universal Pictures. Photo by Jesse Cablek for Blackburn News.