I have a great vocabulary.

I’m also really bad at Trivial Pursuit, yet somehow my noggin is filled with a ton of useless facts I’ve picked up here and there. 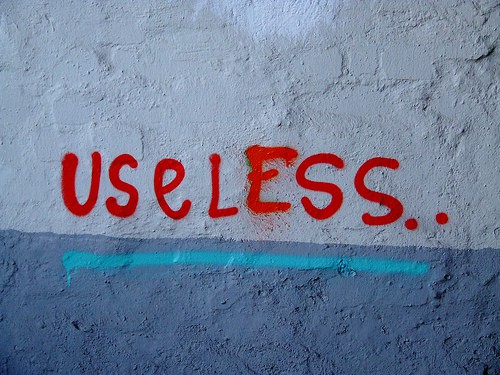 Today I ran into a few more so I thought I’d share. Here goes and how many of these do you know? If you enjoy these, please leave one useless tidbit of knowledge you know that isn’t already listed :)

The distance from your elbow to your wrist is the length of your foot.

There are no words in the English language that rhyme with Orange, Silver, Purple, or Month.

“Dreamt” is the only English word that ends in the letters “mt.”

Our eyes are always the same size from birth, but our nose and ears never stop growing.

The dot above the letter “i” is called a Tittle.

The sentence: “The quick brown fox jumps over the lazy dog” uses every letter of the alphabet.

Winston Churchill was born in a ladies’ room during a dance.

The above came from various sources – my memory, the internet and friends (thanks Stephen!)