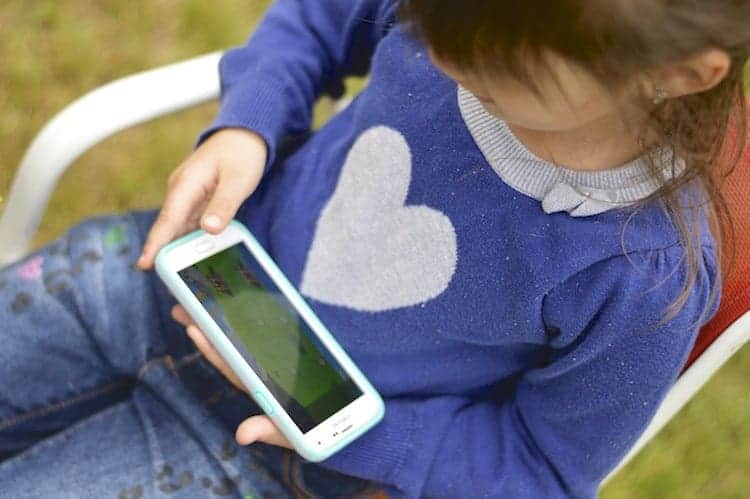 Coming from the Samsung Galaxy S4, I knew there would be many new things to love about the Samsung Galaxy S5 – its water resistance, S Health, and Multi-Tasking Features just to name a few. But I was most interested in Kids Mode. My daughter is a tech savvy four year old with her own iPad. She also commandeers mom’s phone frequently so I wondered if Kids Mode would be up to the challenge of containing her. 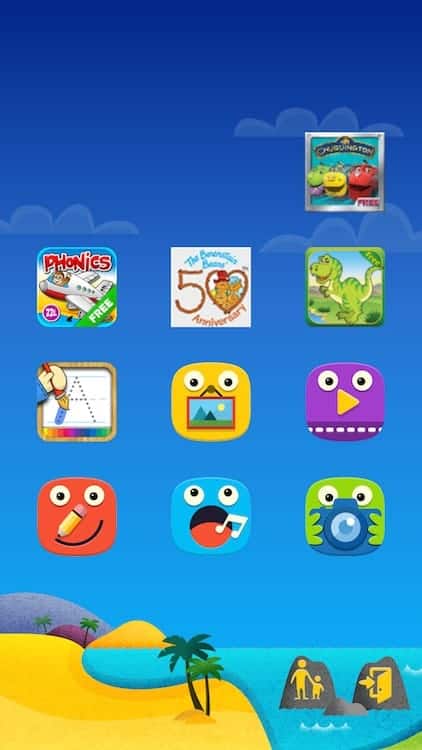 So we put the Kids Mode to the test. First, a quick set up where I established a four digit pin and a backup password. From there I was able to create profiles for each kid (in this case just one). Through the profile I was able to set time limits, approve applications and monitor usage.

From there we delved into the apps. Kids Mode comes preloaded with 5 kid friendly apps including a camera, fun voice animator, drawing and coloring, video player, and album where the artwork, photos and videos from the other apps can be viewed. The new apps I had downloaded were displayed as gifts that she could “open” to reveal the app inside. This instantly made me think of ways to incorporate new apps as part of a rewards system. 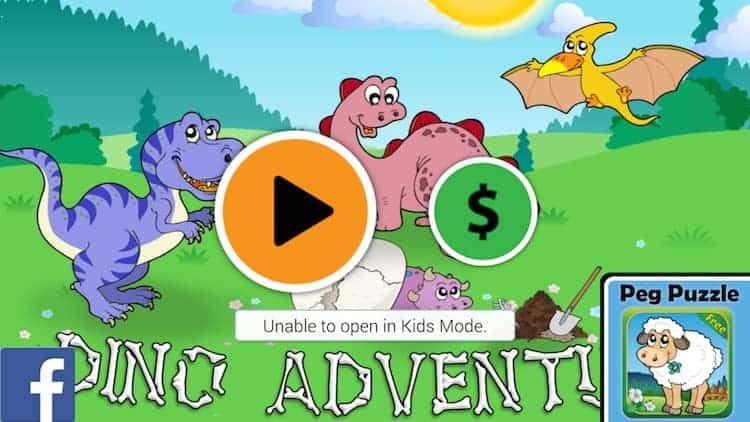 Recently Maddilyn has fallen in love with paleontology so I found an app called Dino Adventures that allowed her to dig  up dinosaur bones.  As you can see, right on the main page there are three unsecured areas of the app: a “free” game ad in the bottom right, Facebook in the bottom left and the green dollar sign is the option to purchase the full version.

Well, I clicked those risky buttons and Ka-Chow! Kids Mode swooped in like a parental ninja and blocked that ability with “Unable to open in Kids Mode.” I tried a variety of apps and Kids Mode hasn’t let me down yet!

As we continued to play, our friendly Alligator (who we named Ally), popped up with time limit warnings as we approached the 30 minute time limit I had set. This was perfect because there was no sudden closing of the app to set off a melt down. Once the 30 minute limit had been reached, the app went to the “sleep” screen. 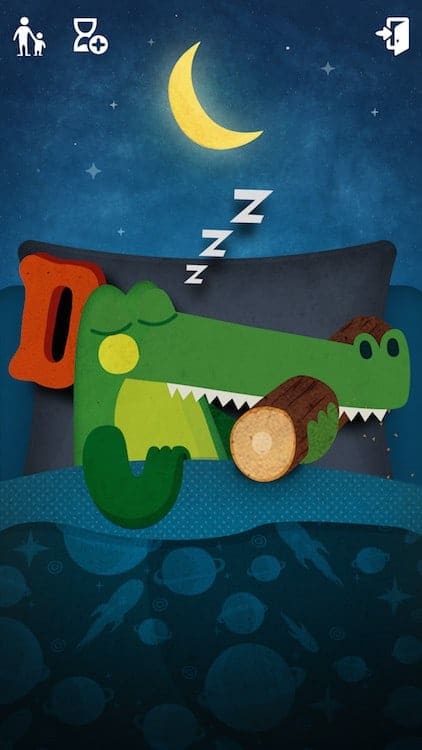 I had just one more test – could she get around the app? She couldn’t get around the pin code and after exceeding the number of attempts, the back up password allowed me back in. She couldn’t extend time limits or bypass them either. Then I had what I thought was a sure fire way to beat it – I powered off the phone and turned it back on. Low and behold, it powered back on to Kids Mode. Winner winner chicken dinner! Kids Mode has me convinced in it’s ability to keep my child safe in the mobile world.