There I was, in the glamorous Beverly Hills Hotel. In front of me was a series of empty chairs behind a table and upon a small platform, and a silent room when in stormed actress Emma Thompson. A laughing Tom Hanks accompanied her to a seat, except that she had missed the stairs and didn’t go back for them. She climbed over the table and into her seat like a gymnast and Hanks commented how well choreographed their entrance was. I immediately knew this was not going to be an average afternoon, but rather a magical conversation full of life as the rest of the Saving Mr. Banks cast filed into their seats, including director John Lee Hancock. 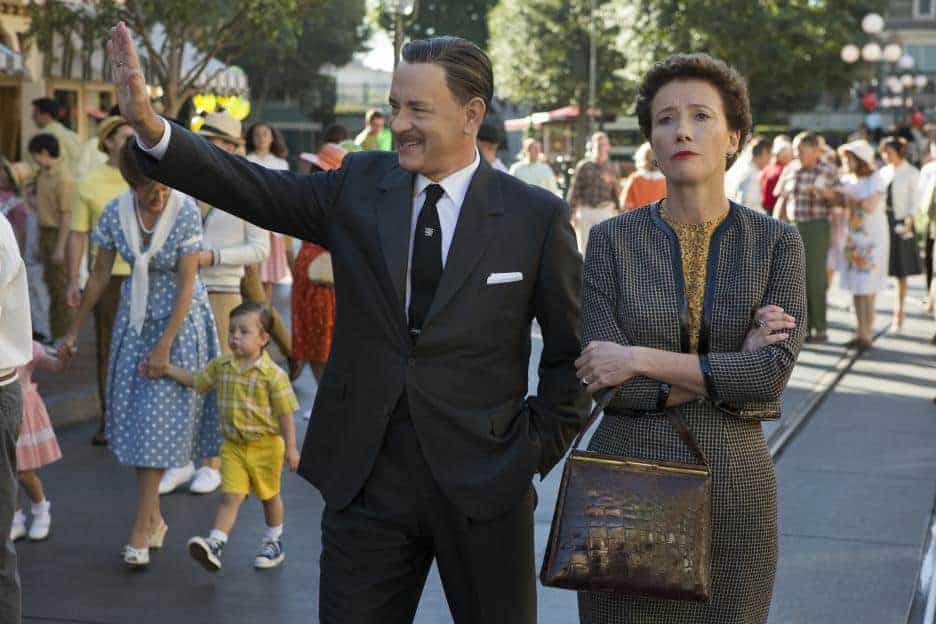 Hanks and Thompson in a scene at Disneyland

The biopic Saving Mr. Banks follows the short lived relationship between Mary Poppins author P. L. Travers (Thompson) and filmmaker Walt Disney (Hanks). Walt Disney was a legendary man with a famous presence. Bringing his character to the screen was not something to be taken lightly, as Disney fans everywhere had high expectations. His research included trips to the Walt Disney Family Museum in San Francisco, and watching archived footage of Disney’s television shows.

Hanks: “There is a bit of a vocal cadence and a rhythm that Mr. Disney had that took a while to figure out.  But a lot of the little anecdotes that we found specifically from the likes of Richard Sherman and were already in the screenplay.  For example, like Walt’s cough.  Walt smoked three packs a day… you always knew when Walt was coming to visit your office, ‘cause you could hear him coughing, you know, from down by the elevator.  So you’re able to put that kind of stuff into it, and it just ends up being, you know, one of the delightful cards in the deck.”

After a brief and impromptu singing session of “Feed The Birds,” Colin Farrell (who played Pamela Traver’s father, Travers Goff) continued joking about getting to work short hours on this film, as well as working with breakthrough actress Annie Rose Buckley (who played a young Pamela). Farrell’s performance an alcoholic banker was stunning, and gave an incredible story to the man who in reality inspired the Mary Poppins character of Mr. Banks.

Farrell: “I think people say you shouldn’t work with-with children or animals, but you must only work with children, because you work eight hours a day.  She was a dream…   She didn’t exude ambition and she didn’t seem to be too fazed by any of it, and she was just a really, really sweet presence to be around.  And to see how beautiful and open her face was on the monitor and just in being around her was kinda like, it was the most exquisite of canvases upon which the later life of P.L. Travers was born, as she witnessed what her father was putting himself through and thereby putting everyone else in the family through as well.  I have to accept some responsibility for the emotional inconsistency of P.L. Travers.  I think that probably the apple fell a little bit close to the stump on that one.” 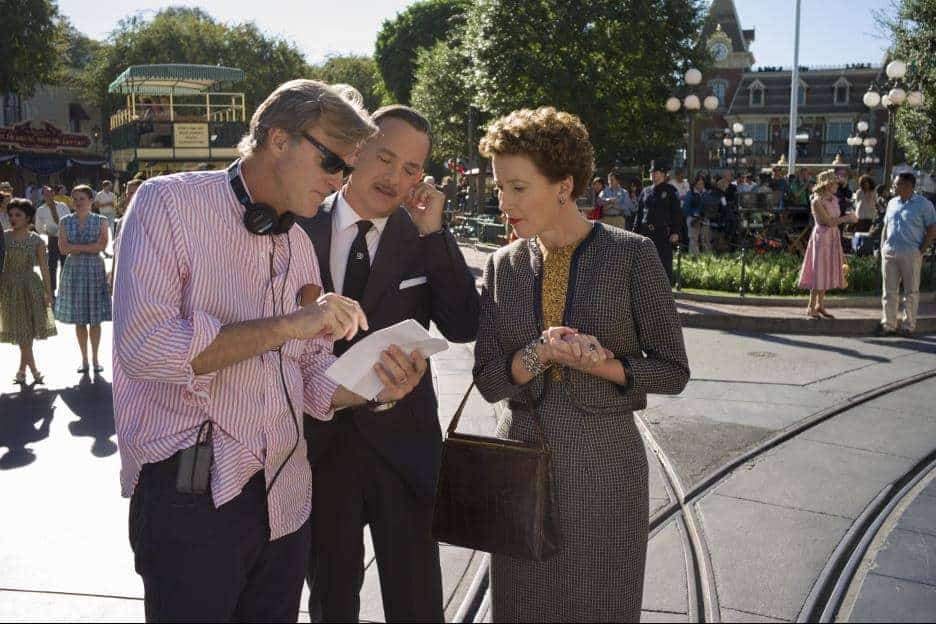 Hancock, Hanks, and Thompson on location at Disneyland

Bringing in such a star studded cast was a great move on Hancock’s part, and his task was tough in recreating memorable people as characters in Saving Mr. Banks. The film closes at the premiere of Mary Poppins in a series of scenes shot at the Chinese Theater where the film premiered in 1964. Travers famously crashed the party, as Disney did not extend an invitation to her (likely due to her lack of cooperation with him, and honestly, I’m surprised she went to see the movie, too). In Thompson’s portrayal, she reacted very emotionally to seeing the final product of Mary Poppins.

Hancock: “I remember that day obviously very clearly in the Chinese Theater, and we were talking about it and how this would progress, and the number of cameras, [Emma Thompson] told me, ‘Um, I’m not sure where the bridge will be built, but once I know, I can cross it again and again.’  And I thought that was just fascinating, ‘cause I’m not an actor, but to witness that in terms of, ‘I’m not sure where that’s going to be, or how it’s going to happen, but once I know how the bricks lay and how we cross the river, I can go there again and again,’ was amazing.” 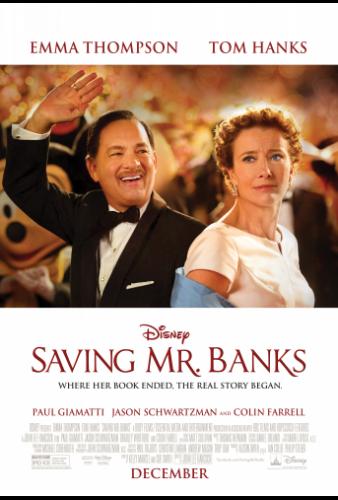 Thank you Disney for the use of images all from the film.  All editorial is based on the movie Saving Mr. Banks, which is based on a true story. All opinions are 100% mine.

5 thoughts on “How Did P.L. Travers Come to Life? #SavingMrBanks”