The cast and crew of Teenage Mutant Ninja Turtles gathered in Beverly Hills recently to discuss this latest reboot of a beloved cult classic. This weekend fanboys will be busy dissecting the origin stories of certain characters, the Ninja Turtles facial expressions (more on that later in the article) and whether or not the director chose the right actress to play April O’Neil.

A majority of the questions were directed at Megan, who was in rare form, offering candid and at times humorous responses that brought laughs from the room.

Megan trained for most of the stunts. As you may recall from my previous article, Megan was pregnant during the filming. There were some serious stunts that she was unable to do, so a stunt double was used. However for the most part Megan did the majority of her stunts.

Megan talked about working with the actors who played the Ninja Turtles. She explained how they filmed each scene at least twice, once with the actors and one take without the actors in what is called a “clean plate.” Megan said that in watching the dailies, she noticed that she acted better with the actors, who helped elevate her in those scenes. It’s always helpful to work off of people and their energy.

When asked about the haters who haven’t even seen the movie, Megan responded that “those people can complain, [but] they all go to the theaters and they are going to love it and if they don’t love it they can [forget it].” (She actually said a more colorful phrase, but we’ll leave that to your imagination.)

“Bay helped us keep on that narrow path between what’s too dark and what’s too light.”

Bringing the Ninja Turtles into the modern world was a challenge but the screenwriters felt that “as long as the core of the brothers stayed, the whole having each others back and as long as their personalities stayed intact, then it would always be honoring the franchise of these characters.”

The director is aware of the public perception of Megan Fox. The words beautiful and sexy are often associated with her. A lot of folks seem to doubt his choice in casting her in the role of journalist April O’Neil. When asked about it, Jonathan said that Megan is much smarter than people give her credit for and there is more to her than meets the eye. He wasn’t trying to service the fans of Megan’s Maxim photos but rather the fans of the Ninja Turtles.

The Teenage Mutant Ninja Turtles movie is Will Arnett’s first big blockbuster movie. He said that he really enjoyed working on the film and learned a lot from Megan who has several blockbuster movies under her belt. 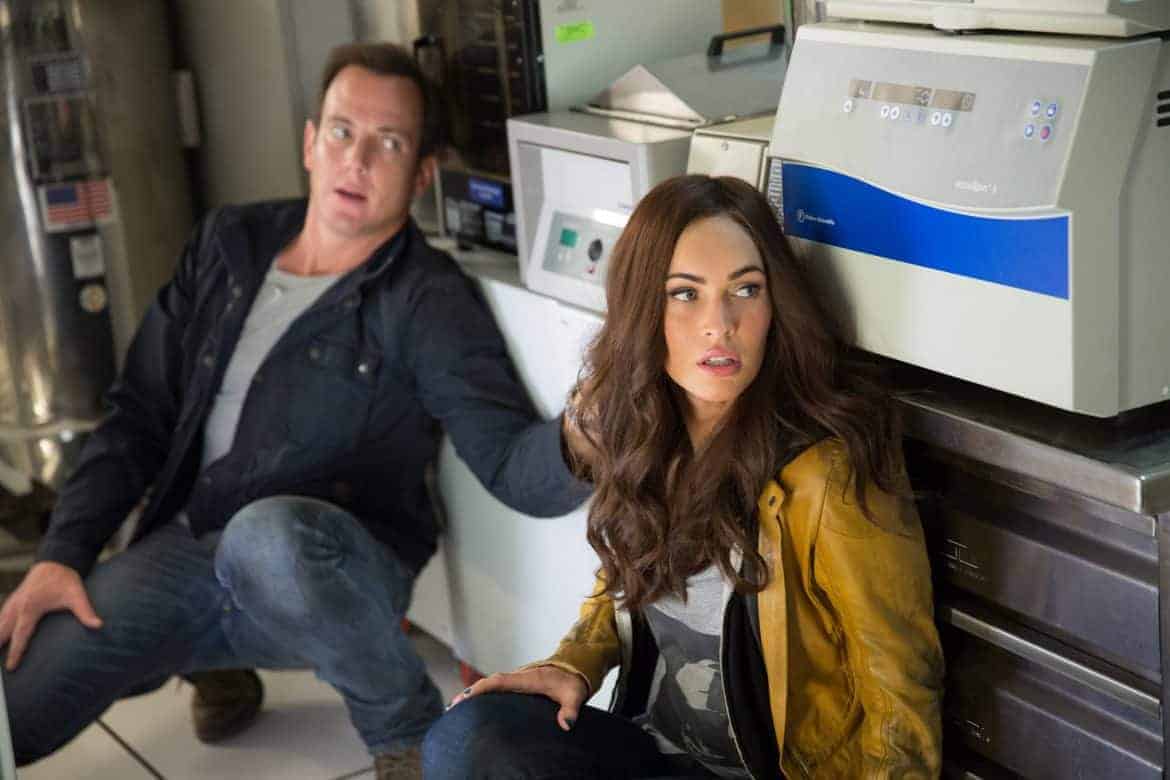 The writers were asked about the various origin stories of Splinter and Shredder. The screenwriters admitted that there are different origin stories out there but they collectively decided that it was up to them to tell a new origin story.

Before leaving the press junket, I got to check out the Teenage Mutant Ninja Turtles merchandise that is on shelves now. Don’t these Lego sets look cool? 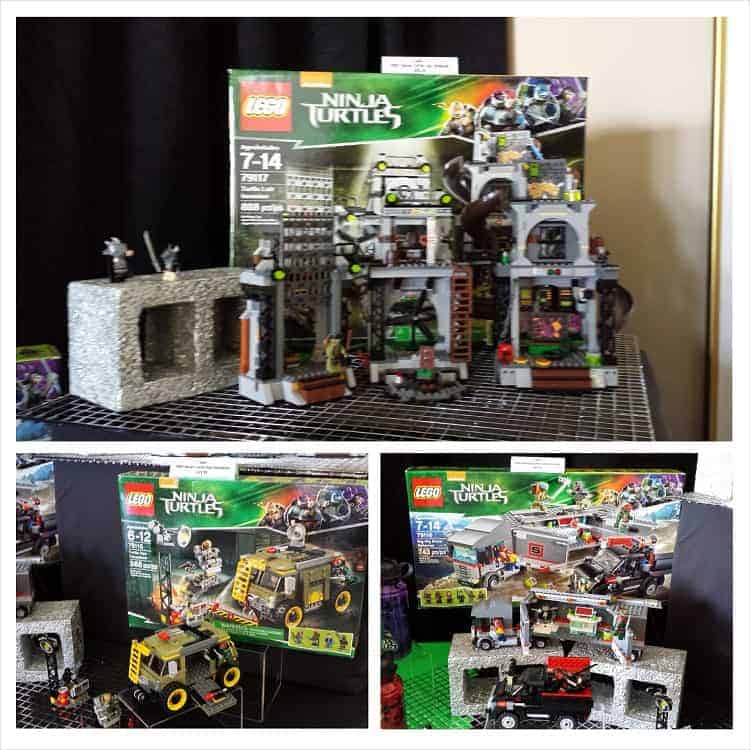 These masks will make your little Ninja Turtle’s outfit complete at Halloween! 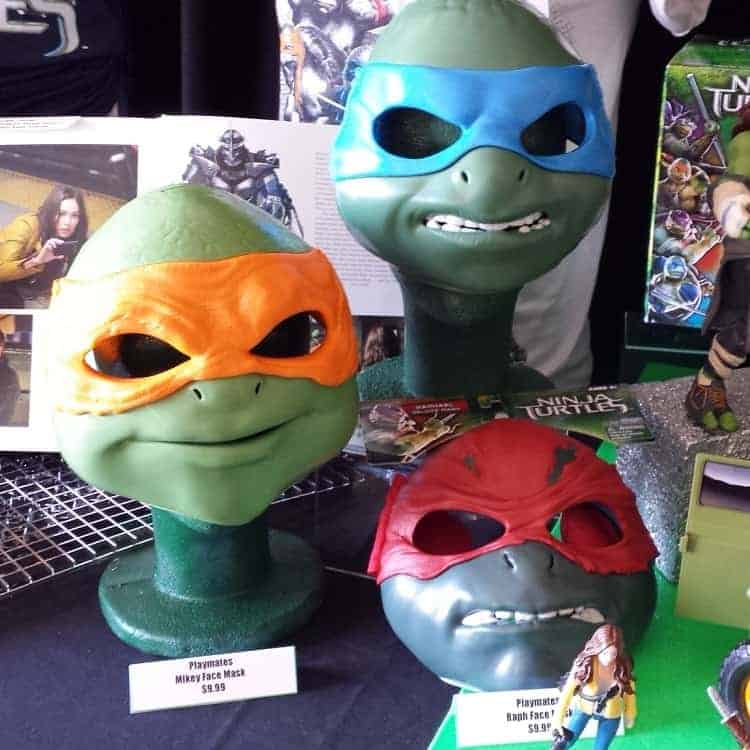 How about these Teenage Mutant Ninja Turtles backpacks, water bottles and tees? Just perfect for back to school! 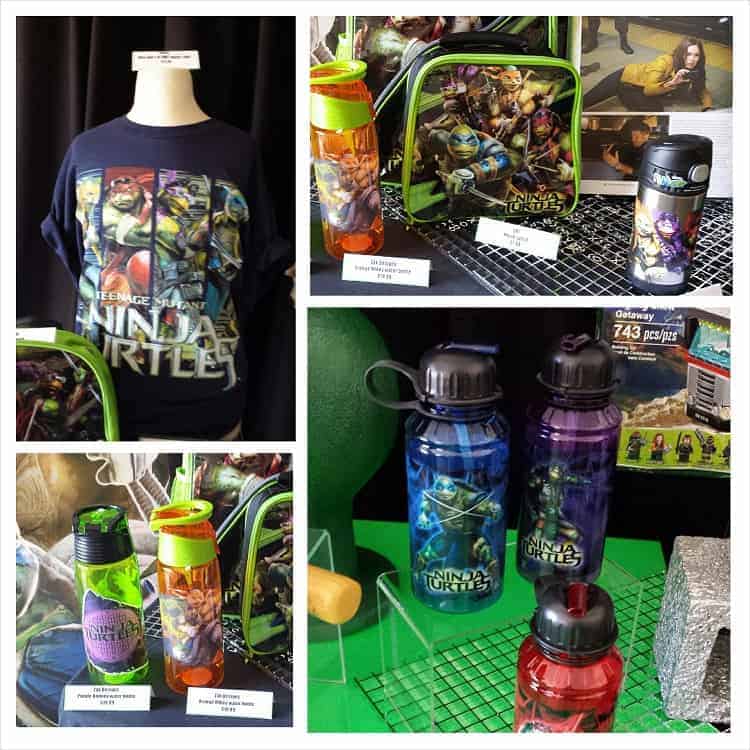 I attended a press event for Teenage Mutant Ninja Turtles. All opinions are my own.