It’s been nine months since we arrived home from my grandfather’s funeral to find our house had been robbed. Nine months since we found the contents of our lives being cataloged on a list with a value placed on them like they could so easily be replaced. How do you put a value on a classic pocket watched engraved for my husband and given to him on his 12th birthday? What is the value of the memories stored on my external hard drive? How do you attach a number to that? I don’t think you can.

Most days I truly believe I’m ‘over’ the trauma. Then something goes bump in the night. I find myself sneaking out of bed, phone in hand, turning on every light in the house as I walk through, terrified of what I might encounter, terrified I won’t encounter anything. We travel too much to be worried all of the time. Even as I write this, I’m 1200 miles from my home, visiting family in another state.

And as I write this, I think about how much our family has changed in those nine months. After all, the reason for the visit was to introduce our son to his family. A memory that stands out from the ‘incident’, as we call it, was my husband discovering the stash of baby items I had hidden in the back of our closet, purchased for the impending baby. 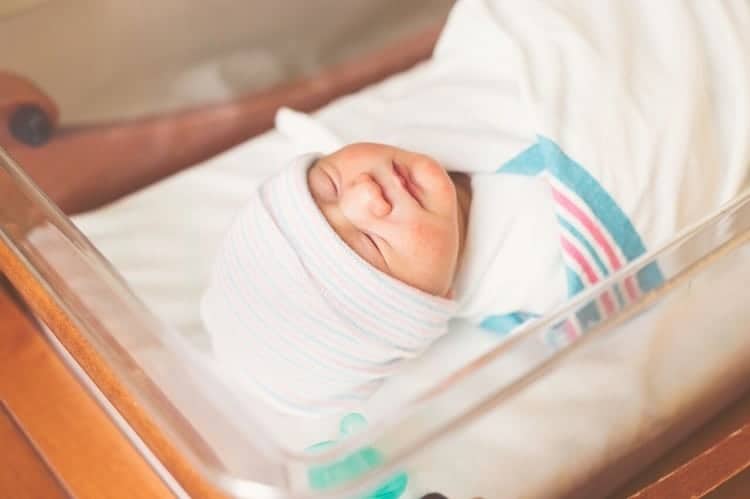 Shortly after the robbery we were blessed with a home security monitor we really liked. But over time I realized that while I still like it, there were a few things it lacked. First, it was wired and had to be set up again if I wanted to move it around. Second, it had to be stored on a shelf or I needed to purchase a separate wall mounting device. Lastly, it could only be used indoors.

So when my son was born, we decided that when it came time to put him in his own bedroom we would invest in a smart home monitoring system instead of a traditional video baby monitor. Though that’s still a few months off, I was excited to test out the new Arlo Wire-Free HD Security Cameras. 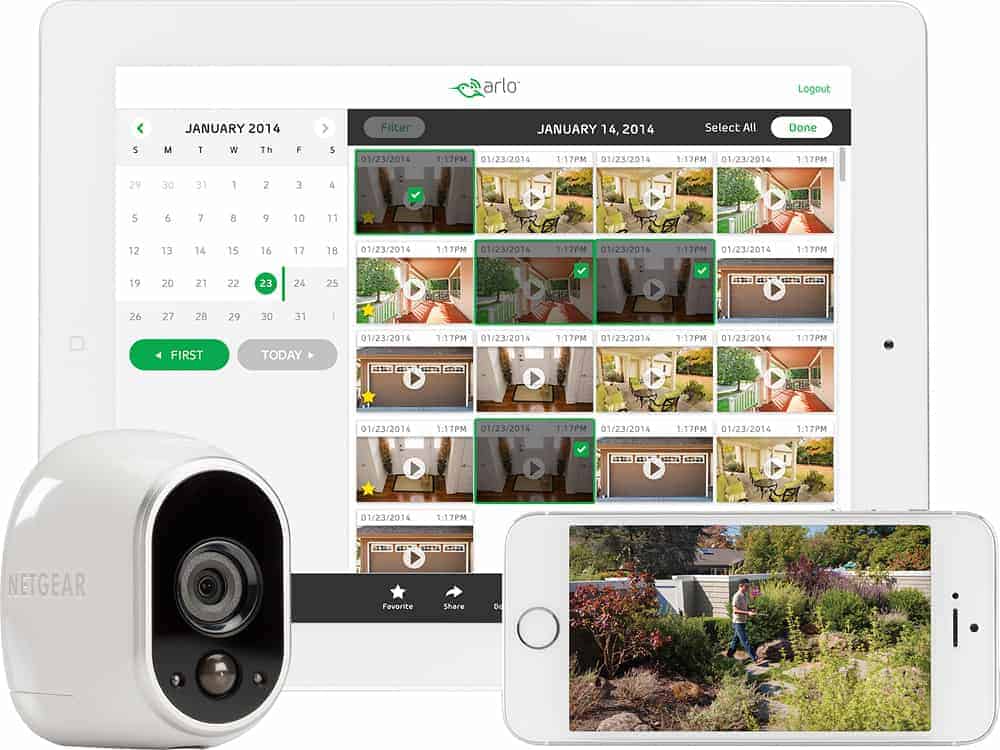 Like so many smart products around our home, I wanted something that could do more – and it definitely delivered. First, its easy and flexible, important qualities to have in a connected home. Its battery powered and wi-fi operated, which means they truly are completely wireless. The cameras are also super compact so I can stick them pretty much anywhere, and I do. 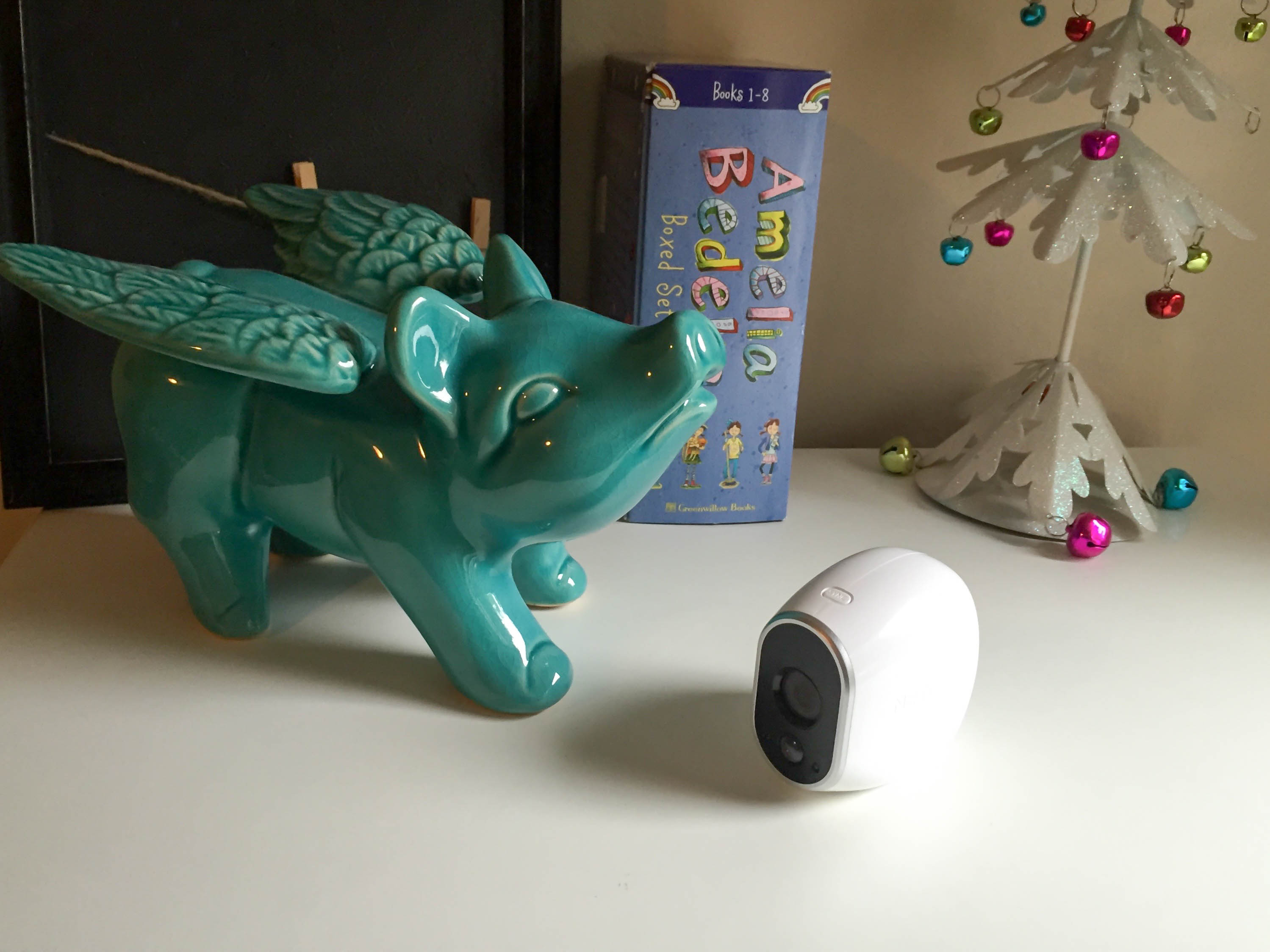 When I’m home, I use one of the monitors to keep an eye on my daughter in her play room or my son napping in his crib. Then when I go to leave the house we move it to the living room to monitor the front door. Eventually, we will add more cameras to our system so that I can have one in each of the kids rooms and another for the front entryway. With Arlo, I can have up to 15 connected devices managed on just one account. 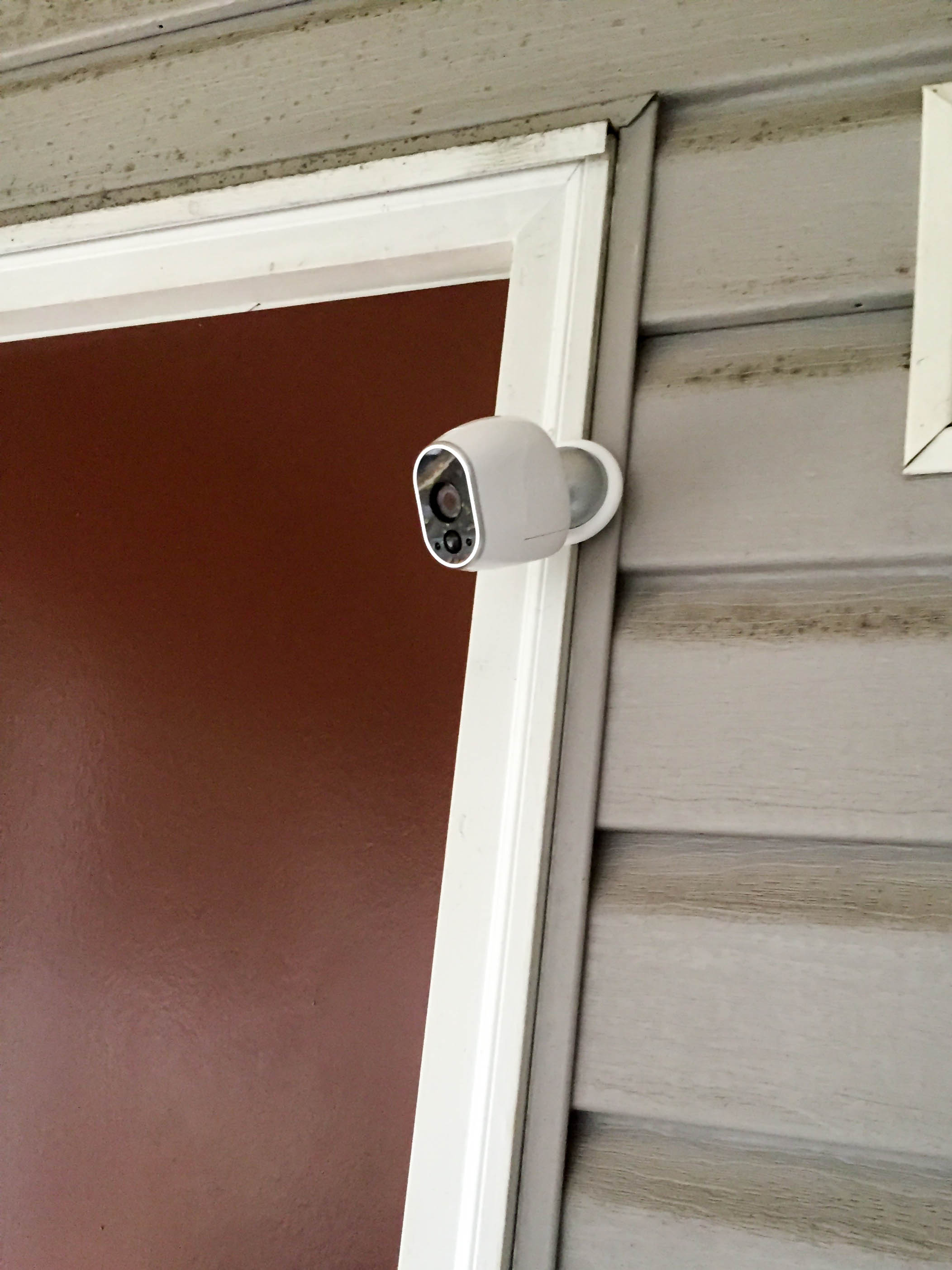 The second monitor is “permanently” attached our front porch. I say permanent because that’s where we choose to leave it as it was the point of entry for the robbery. However, thanks to its magnetic mounting system and can also be moved anywhere. Which brings me to another awesome feature of the Arlo system: the cameras are weatherproof! Which is great for combatting the sneaky rain Florida is notorious for. Even with a covered porch it still finds a way to get everything wet. In addition to being portable, weatherproof, and wireless, the cameras even offer night vision up to 25 feet. 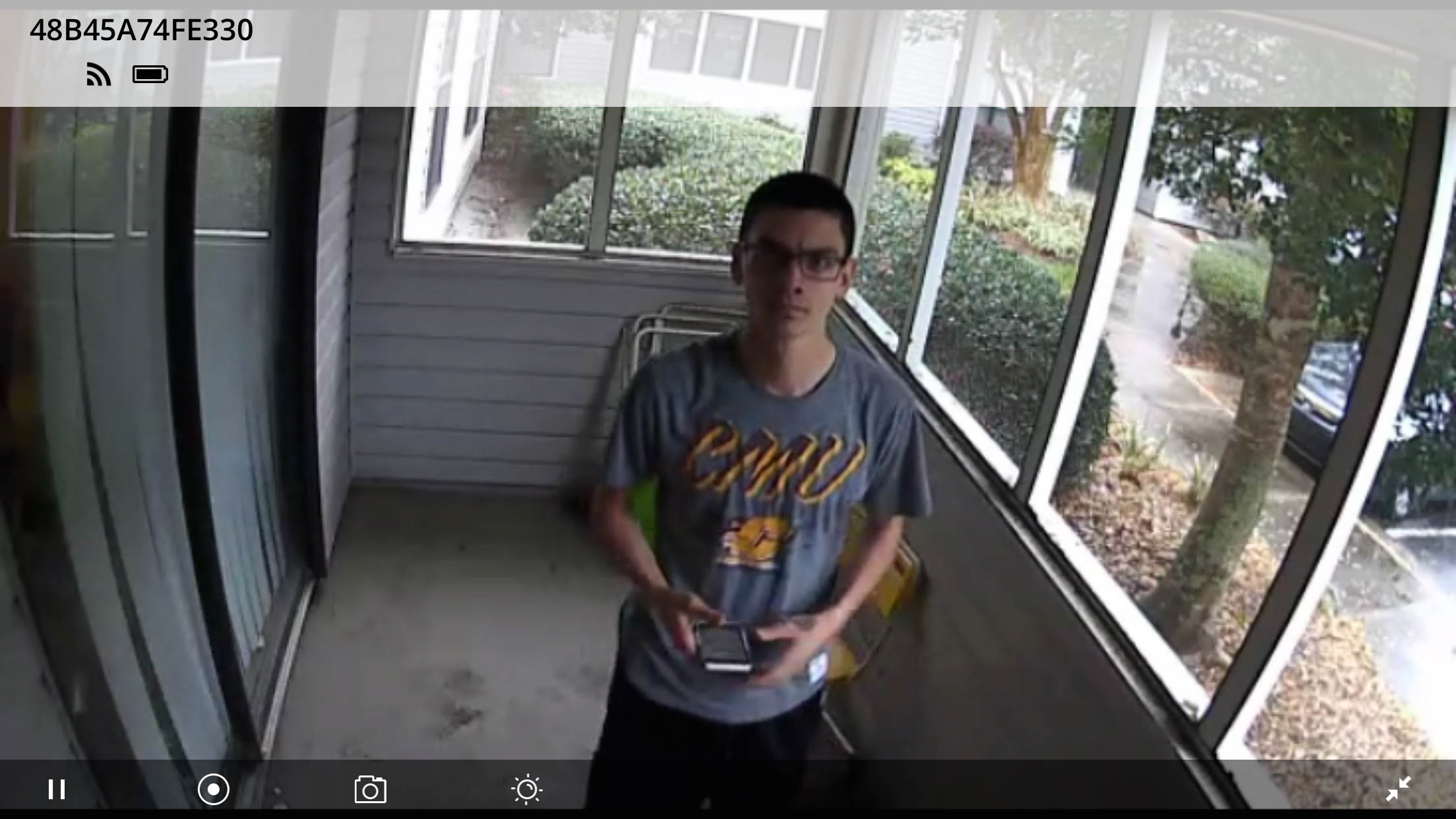 More than just the flexibility to move them anywhere, and use them in a variety of ways, the cameras even let you choose how you want view your home – right from the handy (and free)Arlo iOS app or Android app. I can choose which cameras to have on and when.  I also have the option to begin recording when motion is detected. This feature is great for when we’re away or when I want to keep an eye on the baby. But I can even choose to turn off motion detection which is perfect when I just want the ability to check in on the playroom. But let’s say I see my daughter doing something cute I want to show my husband later? I can manually start recording right from the app. A feature I’m sure she will thank me for later. 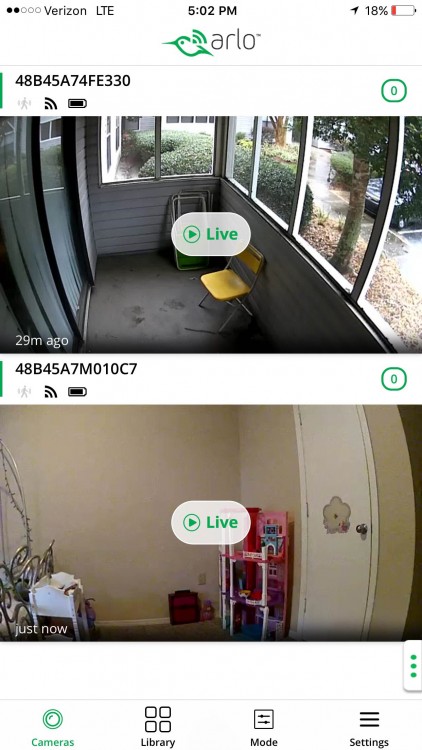 The Arlo system also offers power management options in order to maximize battery life or video quality, depending on what’s more important to me. Now that I think about it, “flexibility” might actually be an understatement when it comes to describing the Arlo but what can’t be understated is the peace of mind it brings me. Not just in terms of home security, but because it allows me to keep an eye on what REALLY matters most: my kids.