The stage was set upon my arrival. Walking through the double doors of the building the houses ‘The Disneyland Story presenting Great Moments with Mr. Lincoln,” the first thing I see is a poster for Tomorrowland and unassumingly rested behind the poster is a modest green bench. For the uninitiated, this is the place where it all began. This is the exact park bench where Uncle Walt dreamed up his magical land. 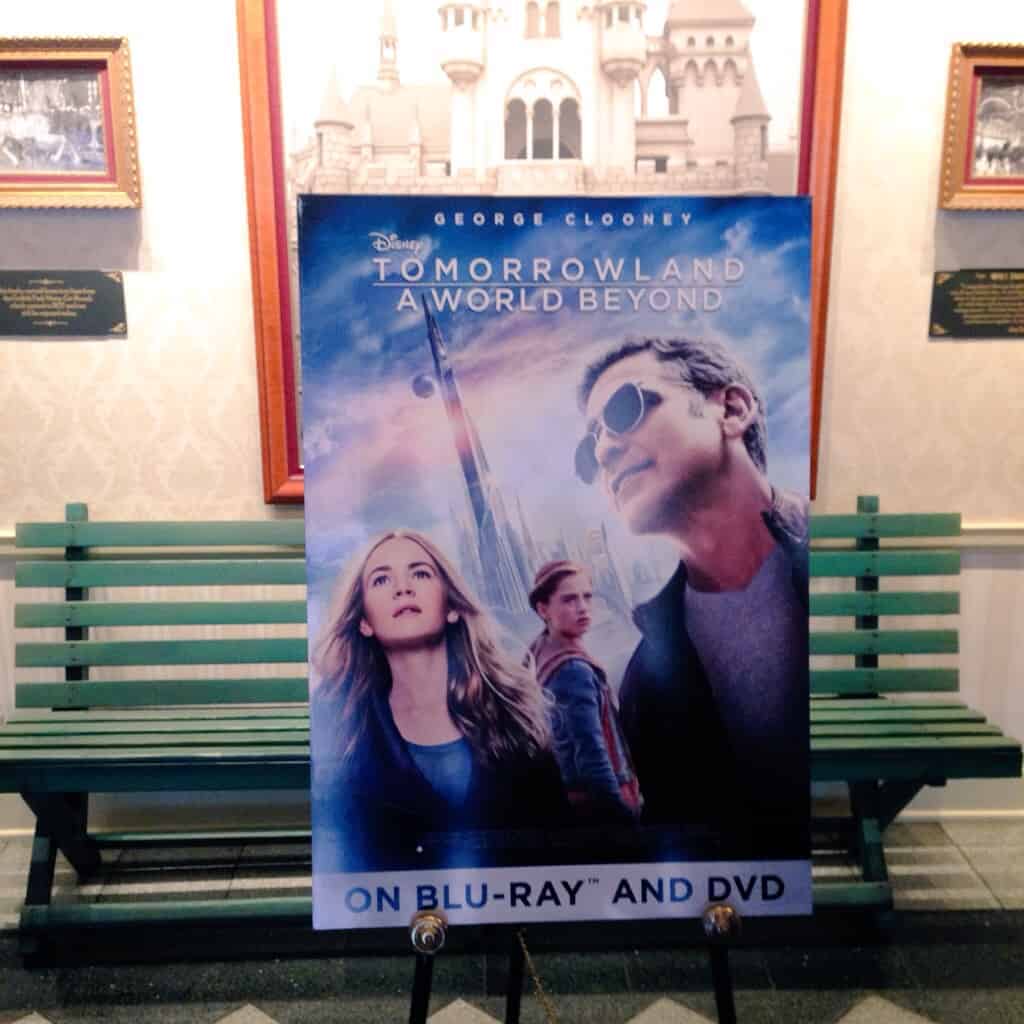 My fellow bloggers and I are escorted to the left into the “Gallery of the American Spirit”. Adorning the walls are the portraits and photos of Mark Twain, Lucille Ball, and even President Barack Obama, each of whom meant to embody a particular virtue. Walt Disney’s portrait resides next to the sign reading “Spirit of Imagination.” I also take note of two other signs; the ‘Spirit of Innovation’ and the ‘Spirit of Perseverance.’

I situate myself at the interview table and soon am greeted by the first of two Disney Visionaries. His name is Mike Goslin. Currently working on the recently announced Playmation at Disney Consumer Products & Interactive Media, Mike began his career at Disney in Imagineering where he led a team that built a series of ground-breaking virtual reality theme park attractions like Aladdin’s Magic Carpet VR Adventure. That same game engine is the same one that powers Toy Story Midway Mania at Disney’s California Adventure park.

The first thing I want to know is, “where did it all begin?” Mike tells us that ever since he was very young he was creating imaginary worlds, often using cardboard and string to build them. Playmation started with idea of the ‘Internet of Things,’ which is the network of physical objects or “things” embedded with electronics, software, sensors, and network connectivity. Mike and his team then sought an opportunity for Disney to tell new kinds of stories using that sort of technology. And with 2 ½ years of hard work and a little pixie dust, you get interactive toys!

As Mike spoke about these new technologies and universal connectedness, I couldn’t help but feel like the future had arrived. The world that he described wasn’t unlike the world of Tomorrowland. So I then asked for his thoughts on the film. He really loved the theme of optimism. He explained that to do what he does you have to be an optimist or you would never start. In moments where things don’t seem possible, being an optimist keeps you going and believing that such a thing can be done. 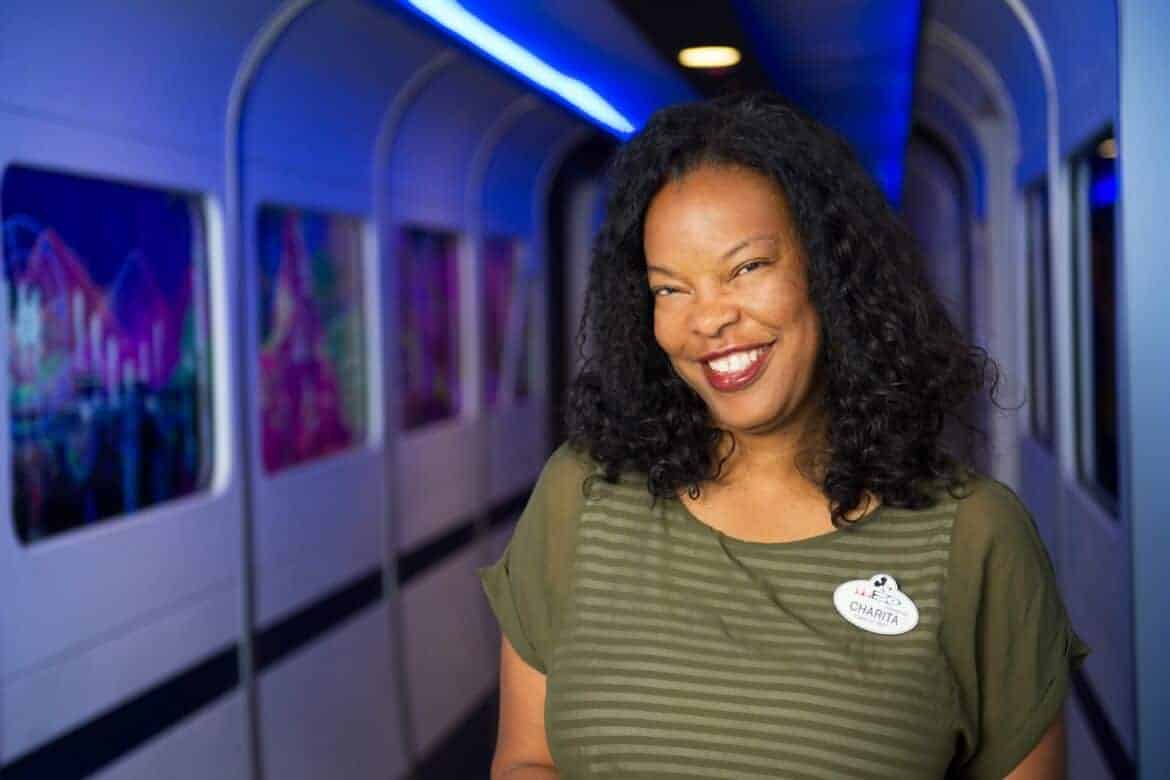 Next to sit down was Disney Visionary Charita Carter, a Walt Disney Imagineer of 17 years currently serving as Senior Creative Producer and Development Manager of the Scenic Illusion team. Her story was very different compared to Mike’s. While Mike was enveloped in his career path a young age, Charita’s journey took a more circuitous route. She starts by saying that she fell in love with Imagineering, upon arrival. Then, to everyone’s surprise, she tells us that she didn’t start out as a Creative Producer but as an accountant.

On the day of her interview, however, she distinctly recalls a moment when her soon-to-be boss was talking to two individuals who were transitioning from accounting to creative. Charita recalls back and thought to herself, “that is the craziest thing I have ever heard.” Fortunately, it planted a seed in her mind. What it told her was that Imagineering was a really unique and special place. Somebody could come in with formal training in one particular area and then there would be an opportunity for them to explore and to do something else.

When I asked Charita about her thoughts on the film Tomorrowland, the themes that resonated with her the most were those that closely resembled her story at Imagineering. She explained that as people become the best that they can be, and develop their unique gifts and talents, collectively we will improve the future and create a world we want to be in. For Charita, it was through encouragement and mentorship that she discovered her capacity to be creative and now uses that potential to imagine new experiences.

As my interview come to close I think back to the signs I encountered in the hallway an hour prior. While I admired the photos and portraits of Henry Ford, Jim Henson, or Bruce Lee, they all seemed intangible – larger than life individuals whom it was hard to relate to. After my conversations with these Disney Dreamers I could easily have placed them upon those walls; Mike Goslin the ‘Spirit of Innovation’ and Charita Carter the “Spirit of Perseverance” each a virtue championed by the leaders of Tomorrow(land).

15 thoughts on “The Spirit of Tomorrowland, A Conversation with Disney Visionaries”