The Canary Islands are one of the best places to go in the world if you want to practice water sports. Tenerife, the largest of the islands, is a popular place with surfers, looking to get the ultimate boarding high on the seas. This is a guide to the surf in Tenerife.

From a surfing perspective, it’s best to divide the island into North and South. If you want quieter, uninterrupted surf, the North will serve you well in this regard. Bajamar, La Laguna and spots close to the capital, Puerto de la Cruz, are the most popular spots in the North.

The South, on the other hand, is a bit more touristic. You may have to share the waves a little more with your fellow surfers. This particularly applies to the surf in resorts like Playa de las Americas and Los Cristianos.

The topography of the North and the South is something the two compass points have in common is a reef-rocky topography. This works best at high tide and generates barreling waves, perfect for riding. 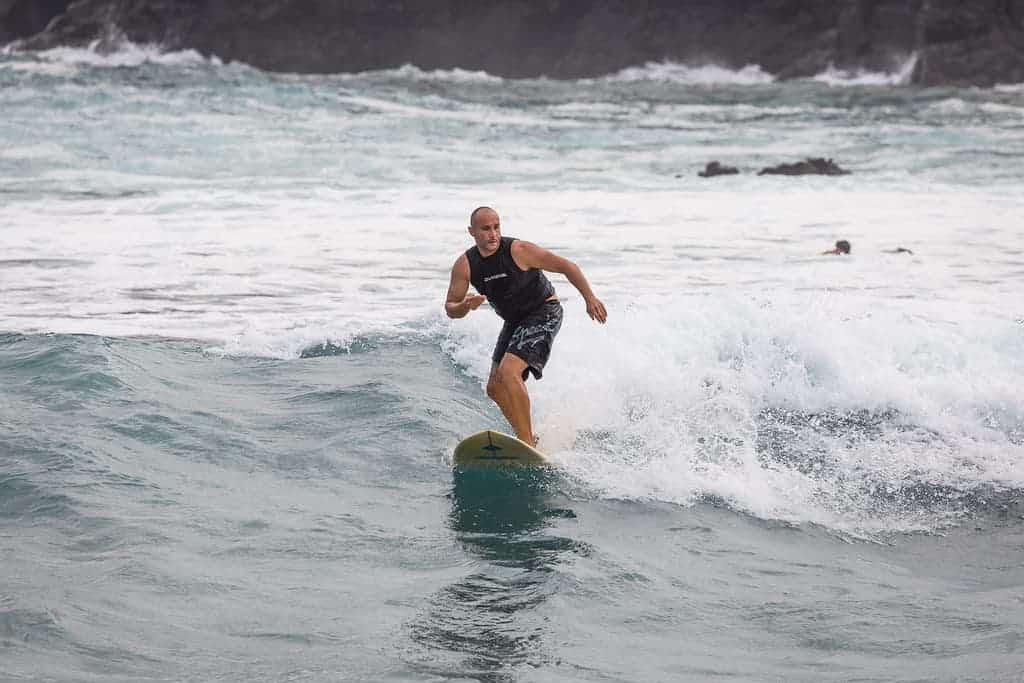 Fortunately for surfers, Tenerife has one of the best climates in the world and boasts an average temperate of 22° to 28°C. The temperature of the waters is pleasantly warm at between 19° and 23°C, so have no qualms about jumping in there when you catch the waves! If you can’t stand the rain, you’ll prefer the South, where it tends to rain less. You could, however, be missing out on subtropical flora by heading South, as there is more of this in the North.

Making the most of the waves

The North of the island experiences the larger waves between October and February, so if you’re a pro or at an advanced level, this is more the region for you. There are also plenty of spots for beginners, though, too. If you plump for the South, you’ll find that there is more variety for surfers of all levels, whether you’re a beginner or a pro.

Tenerife is a splendid place to catch a wave. Get yourself there and ride the waves while the surf’s up!