The west coast of the United States has its share of snow-capped mountains and ski resorts, but when you really want to get away from it all, there’s really no place quite like Breckenridge, Colorado. Pack your snow gear, your hot cocoa, and your dopp kit, and let’s explore this beautiful town together. 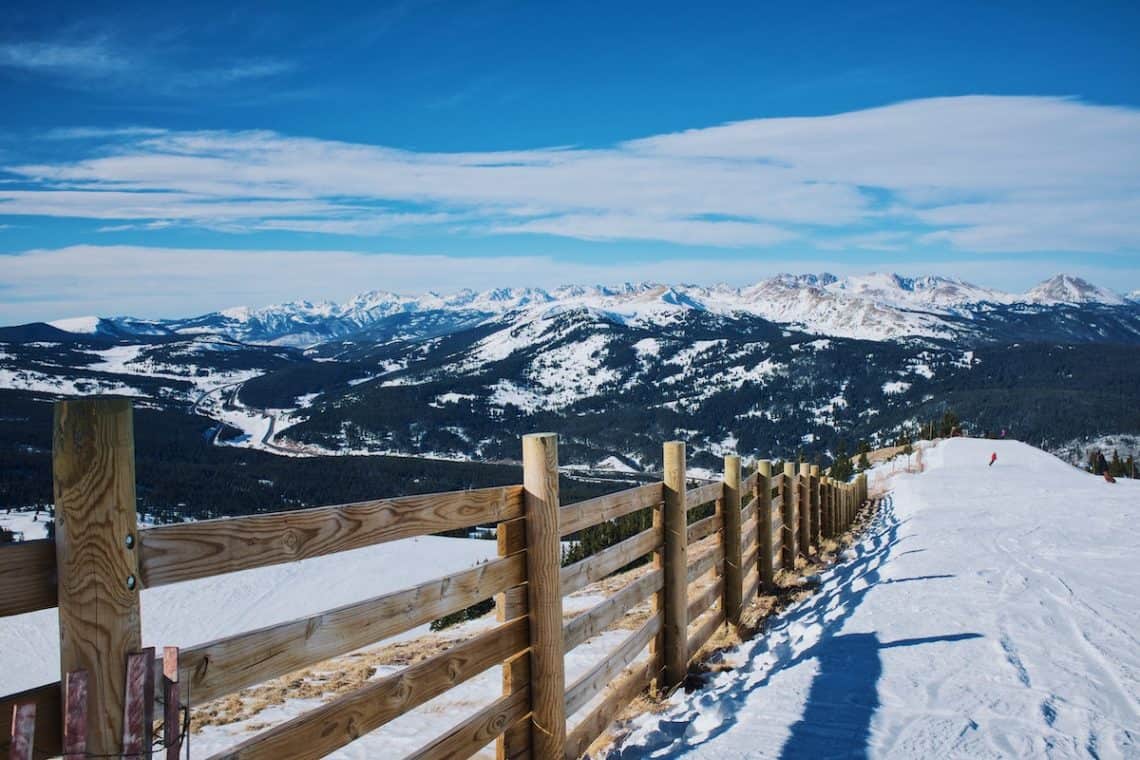 Breckenridge is an Instagram-worthy town at the tender elevation of 9,600 feet above sea level.

If you’re not used to the altitude, you’ll want to be prepared for at least a few days of adjustment. This usually manifests itself in shortness of breath, but some people report feeling nausea until they’re settled in.

Recently, the beer laws in Breckenridge changed; you can now purchase full-strength beer, but watch out for the heightened effects of alcohol at such a high altitude. You don’t want to miss out on skiing because you partied too hard the night before.

To put things into perspective, Big Bear’s elevation is about 6,700 feet, Mammoth Lakes is a little closer to Breckenridge’s altitude, and Mountain High is somewhere in between the two. 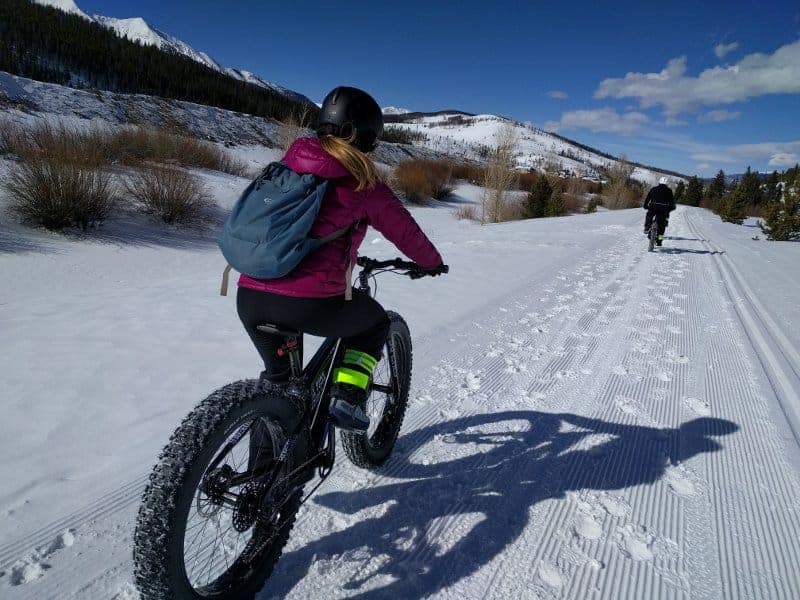 Breckenridge’s downtown area primarily consists of a long strip of businesses along Main Street. It’s common to park somewhere in the area (if you aren’t staying right there) and walk up and down the sidewalk, stopping in retail shops and restaurants along the way. You can also rent the traditional “fat tire” bicycle and ride around.

Many of the top outdoor-gear brands have stores along Main Street, including North Face, Patagonia, Columbia, and others. Even if you aren’t in the market for a new jacket, you might be tempted to buy the Breck-specific items they sell.

There are also several shops geared specifically for tourists in the market for Breckendridge-themed t-shirts, hats, coffee mugs, magnets, and stickers. 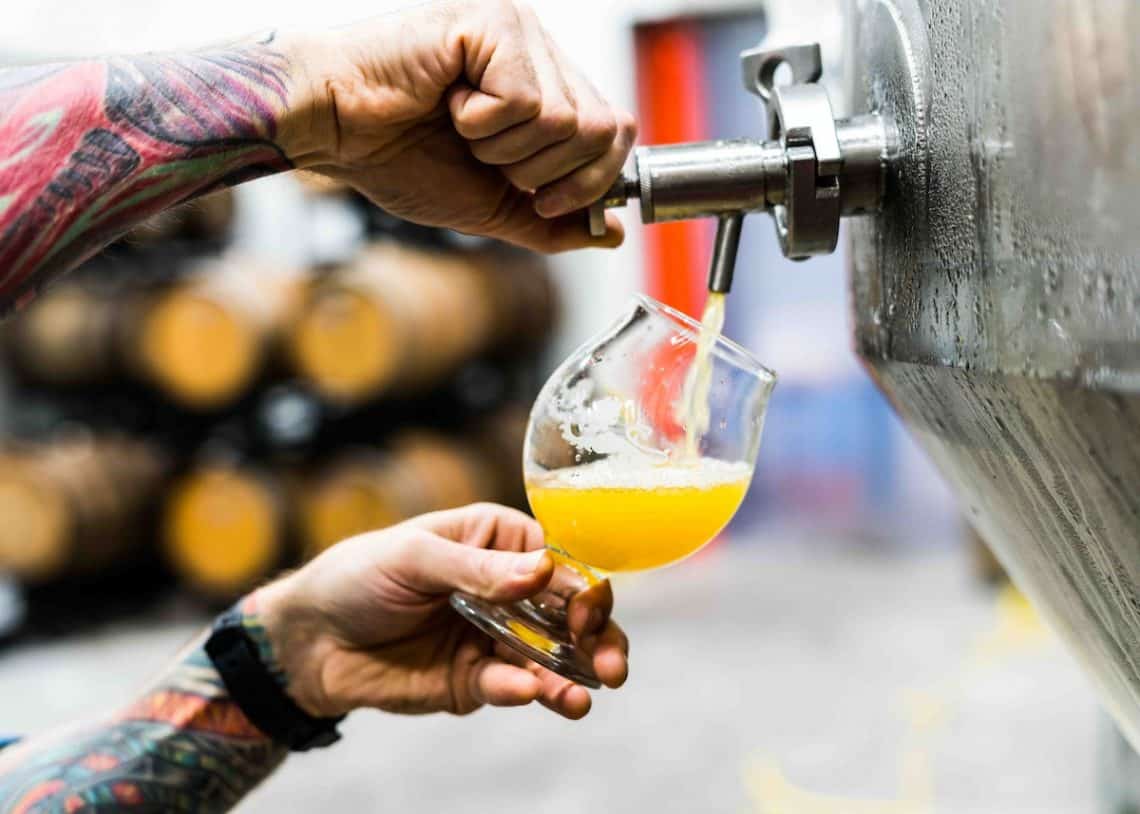 If you enjoy traveling to Colorado because you love craft beer, you won’t be disappointed.

At least one restaurant in the Main Street area advertises that it has the infamous Russian River Pliny the Elder double IPA on tap pretty frequently, and a quick internet search shows that Pliny the Younger, the sought-after limited-edition triple IPA by the same brewery, usually makes it to a few drinking establishments in Breckenridge each February (look for it at Kenosha Steakhouse and Rocky Mountain Underground).

For traveling bibliophiles, be sure to stop by and support Old Man Berkins Bookstore. It’s a haven for booklovers, with shelves and shelves of treasures.

The staff is incredibly knowledgeable and eager to help. Supporting bookstores like this one is important, because otherwise they’ll disappear and you’ll have just another t-shirt shop in its place.

If you’re looking for a sweet or savory treat, there is an unassuming crepe stand in Breckenridge that seems like it’s always busy. It’s right there on the sidewalk in the heart of the Main Street district.

It’s called Crepes a la Cart (see what they did there?), and if you happen to be walking past and there’s not much of a line, do yourself a favor and stop by. 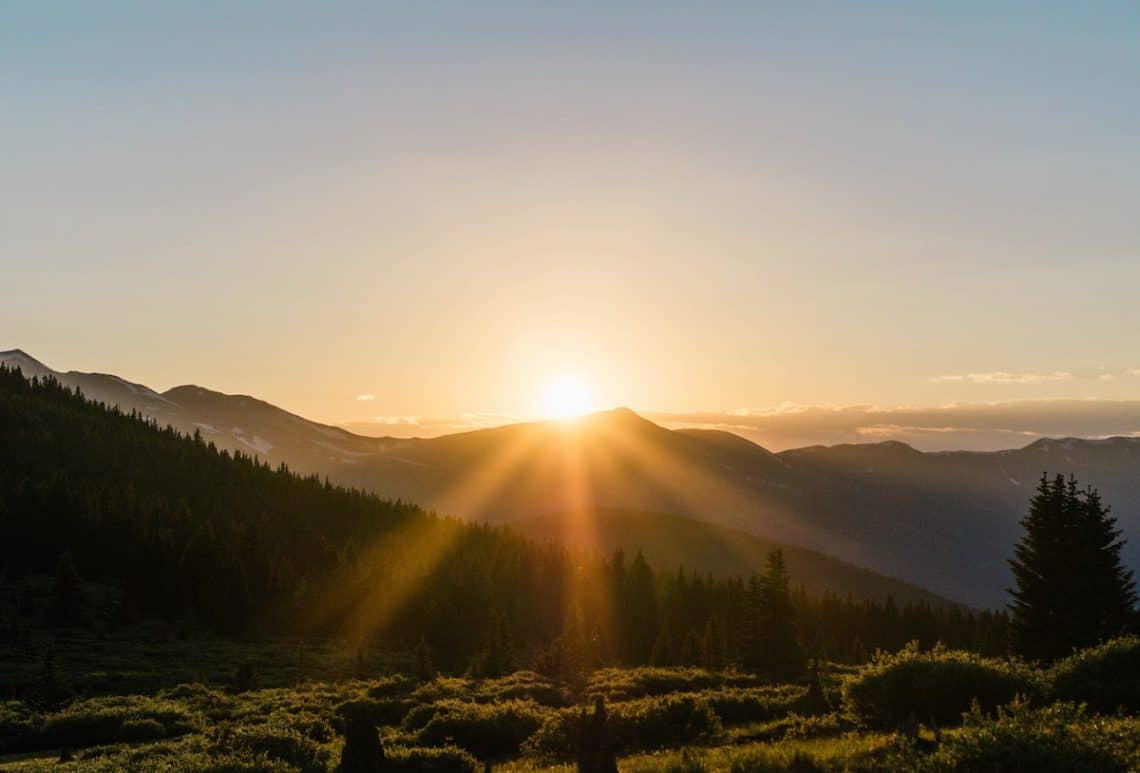 And all of this exists in addition to some of the best skiing and snowboarding in the U.S. Breckenridge draws visitors from not just the country but also the world, and it’s not uncommon to feel like you’re in a melting pot of cultures.

During the rest of the year, when the sidewalks and ski slopes are not covered with snow, there’s still plenty to do in the area. There’s hiking and mountain biking, camping and exploring.

So next time you’re looking for a vacation and you’re thinking about getting out of the West Coast, give Breckenridge, Colorado, a try!