Teenage Mutant Ninja Turtles is a cult classic that is loved by people who grew up in the 80s. There are also tons of fanboys who are really into the comic series that was created by Kevin Eastman. Just recently Nickelodeon brought the Ninja Turtles back to the small screen for a whole new generation of kids to view the antics of Leonardo, Raphael, Michelangelo and Donatello. How do you reboot a movie about the Ninja Turtles that can please all of these various fans? If you are Jonathan Liebesman, you hire screenwriters to come up with a brand new origin story, cast Megan Fox (an actress who has opened big summer blockbuster movies), get Michael Bay to consult on the movie as a Producer and hire a kick-butt special effects team led by Pablo Helman.

The city needs heroes. Darkness has settled over New York City as Shredder and his evil Foot Clan have an iron grip on everything from the police to the politicians.

The future is grim until four unlikely outcast brothers rise from the sewers and discover their destiny as Teenage Mutant Ninja Turtles.

The Turtles must work with fearless reporter April O’Neil (Megan Fox) and her wise-cracking cameraman Vern Fenwick (Will Arnett) to save the city and unravel Shredder’s diabolical plan.

Based on the Teenage Mutant Ninja Turtles characters created by PETER LAIRD and KEVIN EASTMAN with a Screenplay by JOSH APPELBAUM & ANDRÉ NEMEC and EVAN DAUGHERTY, Producer MICHAEL BAY (the blockbuster Transformers franchise) and director JONATHAN LIEBESMAN (Wrath of the Titans) bring Teenage Mutant Ninja Turtles, the popular franchise that has captivated audiences of all ages for decades, into the 21st century.

At the start of the movie, you are introduced to April O’Neil, played by Megan Fox, who is a TV journalist that is desperately trying to graduate from “fluffy pieces” to crime beat reporter. When not reporting on the latest exercise craze, she is investigating the crimes that have plagued New York City. At times Will Arnett (who plays a TV cameraman and possible love interest) accompanies her. Other times April O’Neil goes it alone, often times pedaling around NYC on her bicycle, looking for evidence to bring back to her News Director. 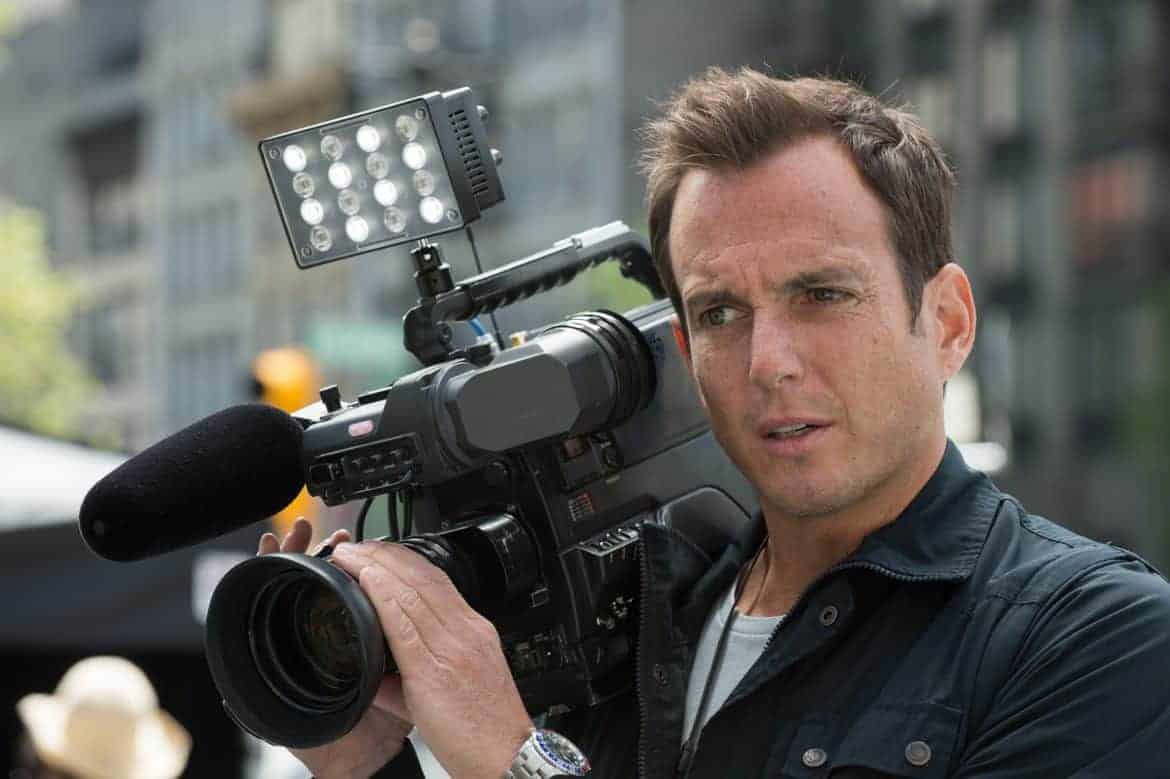 Who is that News Director? It is played by none other than Whoopi Goldberg. Whoopi is in only a few scenes in Teenage Mutant Ninja Turtles. However Whoopi certainly brings the funny when acting alongside Megan Fox.

When the Ninja Turtles arrive on the scene, you can see that they have been modernized and brought into the 21st century. They still wear their appointed bandana colors, but their physical characteristics have been beefed up. The Ninja Turtles faces, in particular their noses, look different compared to previous iterations of the characters and all of them are very huge, muscular and heroic looking. Yet the Ninja Turtle brothers have all retained their personalities from the original series. Leonardo is still the serious one, Raphael is the rebellious bad-boy, Donatello is the smart one and Michelangelo is the funny one. Look for lots of humorous interactions between Mickey and April O’Neil.

The movie is action-packed and fun! I know that there are a lot of haters out there who have criticized some of the choices that the creative team have made – from casting, to changes in the origin story and to even the way the Ninja Turtles look. I say, go to the movie and decide for yourself. Sure there are times where you may have to suspend your belief in the plot. My advice – don’t get caught up in the origin stories, just sit back, watch the action unfold and have a Cowabunga good time!

I attended a media screening of Teenage Mutant Ninja Turtles. Images courtesy of Paramount Pictures. All opinions are my own.