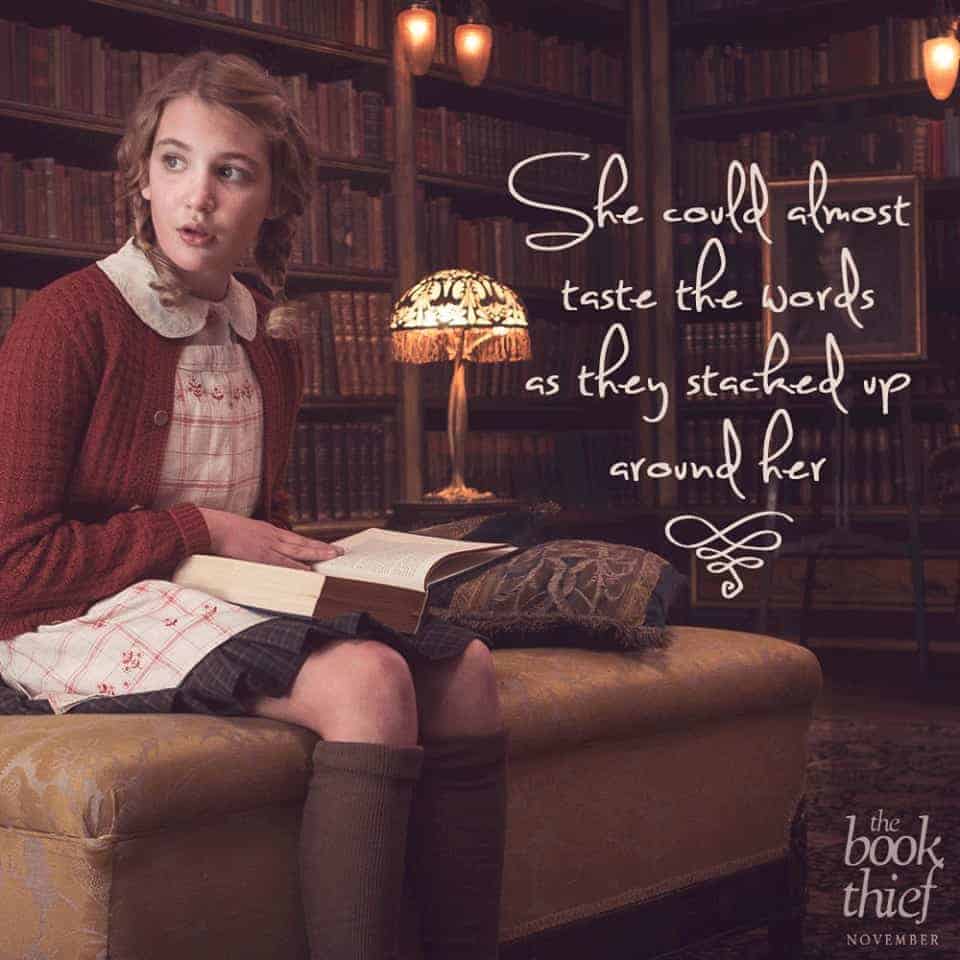 In the almost 70 years since World War II, many biographies and accounts of Nazi Germany have been published and made into films. In 2005, Australian author Markus Zusak released The Book Thief, a fictional story about an endearing young girl and her life in Germany during the war as narrated by Death. While the story remains fiction, Zusak’s tale was based on stories his parents told him from living in Germany and Austria, and the combination of fact and fiction landed The Book Thief on the New York Times Best Seller list for over 230 weeks. Presently, Brian Percival has directed a film adaptation starring Sophie Nélisse, Geoffrey Rush, and Emily Watson, which is now in select theaters.I had the opportunity to talk with both Zusak and Percival about bringing The Book Thief to life.

Zusak: To me, it all started with my childhood, growing up in Sydney, beautiful sunshine.  And then, you come in and it’s like a piece of Europe came into our house, and my parents told their stories, and they’re amazing stories about cities that were burning, kids who were giving bread to prisoners on their way to camps and getting whipped for it and so on.  I grew up hearing these stories over and over again… I’ve realized now that my mom is 76-years-old and she still cleans people’s houses for a living.  My dad was a housepainter and he still paints.  He painted my house.  He didn’t do a very good job the last time.  His eyes are getting a bit shot.  But that’s funny, a housepainter, a housecleaner, and there they were telling me their stories of growing up and I realized they weren’t only telling me about their lives. They were teaching me how to write. Talk about you would never imagine that people in those professions would give you a career in literature, but that’s exactly how I grew up.

Percival: A lot of decisions had been done already by the time I got this, because the screenplay had been in existence for about six to seven years before the time was right to make it, because it was done quite early on.  For the producers it was a labor of love.  It really was.  It was a very important project to them, and they were emotionally attached to it.  And so, the time was right for them to make it and fortunately, I was in the right place at the right time.  I read the screenplay, and I’d never ever read anything like it.  I wasn’t–shamefully, I wasn’t aware of the book.  I stayed up really late.  I was shooting something else, and I stayed up really late one night and then finished at 1:30 in the morning and just e-mailed off to Los Angeles and said, ‘You know, if I don’t do anything else in my life, I’ve got make this film.’  So a lot of those decisions had been made.  When it actually comes to make the film, obviously I get pictures in my head of how I want it to look, but we’ve got a 580 page guidebook on how to make the film.  We never really wanted to come away from Markus’ vision and his message.  We just wanted it to reach a wide variety and to be in a different medium. 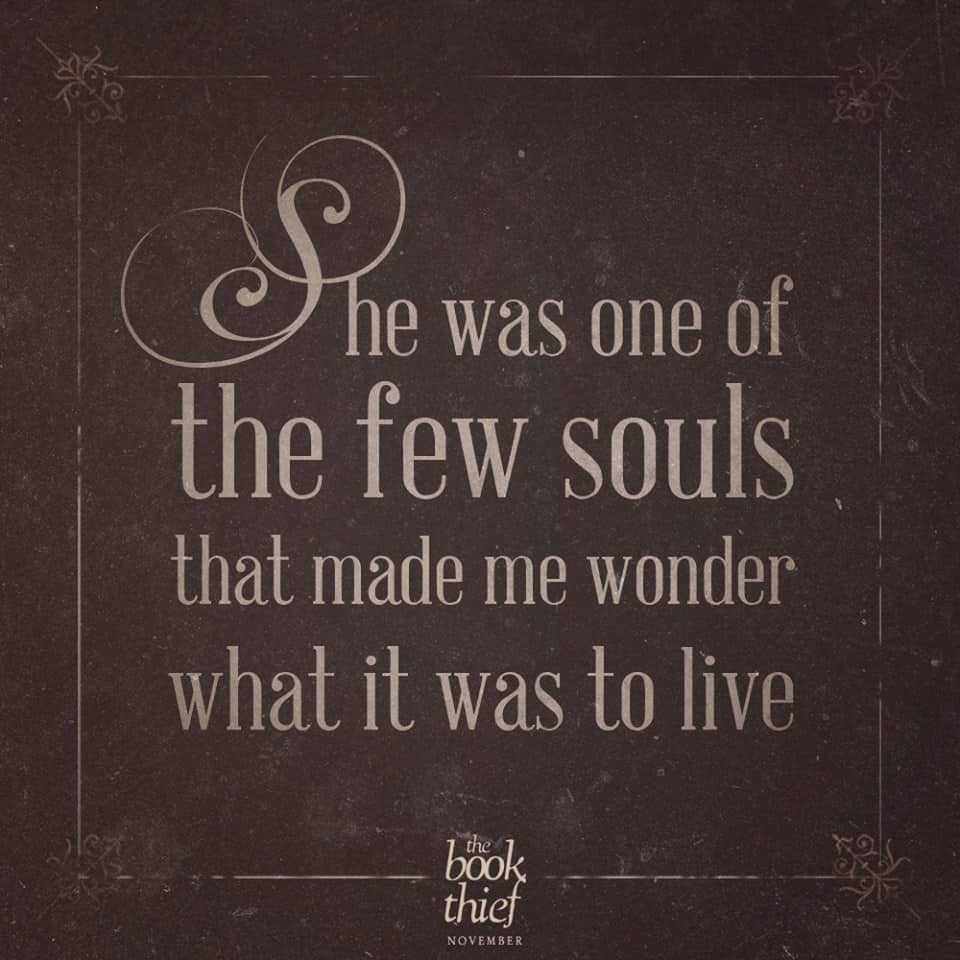 This film is definitely the American breakout for young Canadian actress Nélisse as the lead character of Liesel, and her choice for casting seemed nearly obvious to both Zusak and Percival.

Percival: Something clicked when you see Sophie.  I mean, Markus, first of all mentioned Monsieur Lazhar and I loved the film.  I thought she was great in it.  But when she self-taped, or her mom taped, it was on an iPhone or something… I remember getting it downloaded and seeing it, and it was like she was in her backyard in Montreal somewhere and there was just something about this kid that was like, ‘Wow, she had this spirit.’  Funny, you know, she reminded me of a very young Madonna, because there was this–you know, she jumps out of the screen at you as a twelve year old. You can’t, you know, love or hate it, but you can’t not notice that sort of quality… There was an immediate presence to her.  She was very contemporary, and she was speaking in a French-Canadian accent, but there was something there about this soul that was special, you know? We brought her to Los Angles and she was really jetlagged at the first meeting because she literally just got off a plane, and she’d been working, and she was great.  We took her to Berlin and we did a proper screening test in Berlin with make-up and wardrobe and things.  We did the scene in the back of the car where she’s waiting.  She’s just been introduced to Hans and Rosa. We did this, I think, for five girls that we brought to Berlin.  It was when we did that shot, I just thought, ‘That’s it.  There’s no question, she’s the one.’  She just got better and better and continues to surprise us.

Once you’ve heard Liesel’s story, it’s not difficult to be left wanting more. The 500+ pages of the book and 125 minute run time of the film are only the start for Liesel’s life to begin after the war. Readers are constantly begging Zusak for an epilogue, but without additional pages written, there will likely not be a theatrical sequel, which Zusak and Percival are both content with.

Zusak: If I was to write anything it would be a very small piece, and I will only do it as something for a cause I believed in or something and even then I don’t know if I will because that book, like I said, means everything to me.

Percival: That’s part of the beauty of it for me, is that we leave the reader or the audience to make up their own mind and that’s ultimately satisfying.

Images courtesy of Twentieth Century Fox. I attended a press event for this film. All opinions are 100% mine.

1 thought on “From Page To Screen: The Book Thief”