Nestled along Spain’s eastern Costa Blanca, or “White Coast,” is the majestic Mediterranean port city of Alicante. Fewer locations can boast of a better combination of picturesque features than the Alicante province, making it the perfect vacation destination for travelers of all stripes. Whether for a romantic getaway, cultural learning expedition, or a relaxing family vacation, Alicante has what you’re searching for. Let’s take a look at everything there is to see and do in Alicante, this wonderfully charming region of Spain. 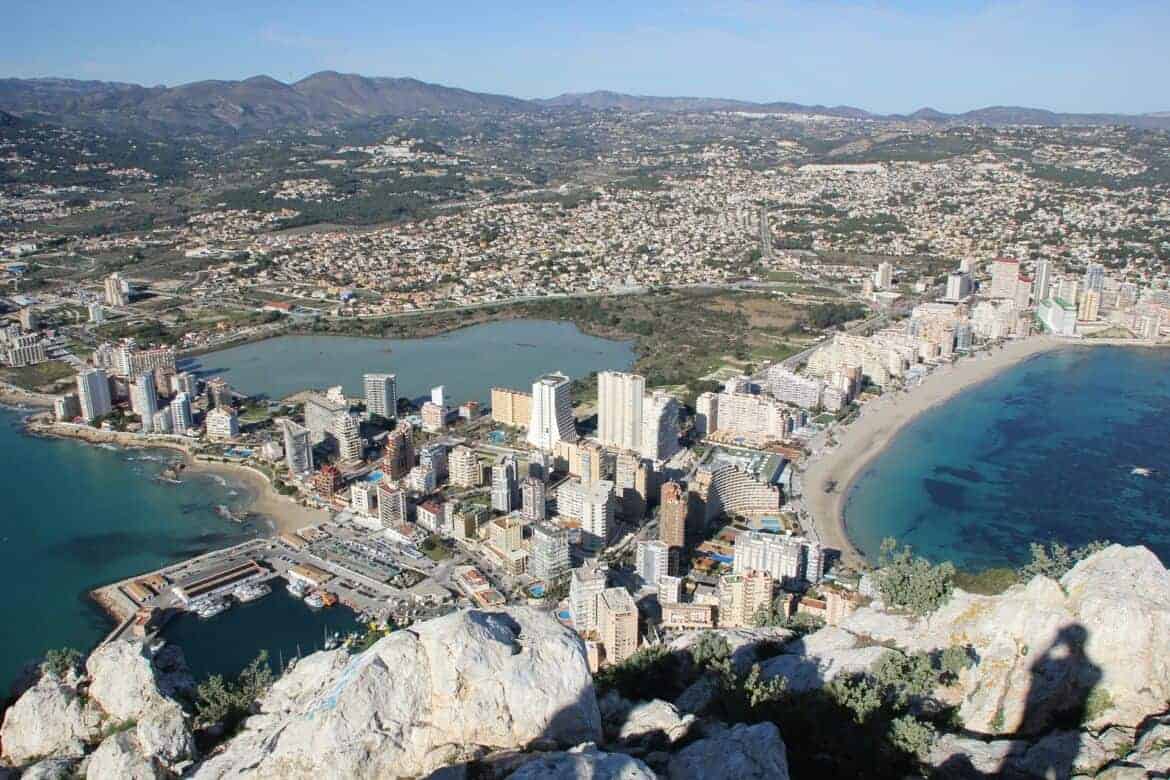 History enthusiasts will immediately have their attention caught by the Santa Barbara Castle, which sits overlooking the city on Mount Benacantil. The origin of the castle dates to the 9th Century when much of Spain was under Islamic control. That changed when Alfonso X, King of Castile, led his forces to recapture the region.

For a time, it was used as a military fortification, but by the end of the 18th Century it had mostly served as a prison. Today, it is a historical monument with high cultural value. In 2006-2007, residents of Alicante fought and won a battle to keep the fort from being turned into an estate, proving that the people of Alicante are dedicated to preserving their priceless cultural heritage. 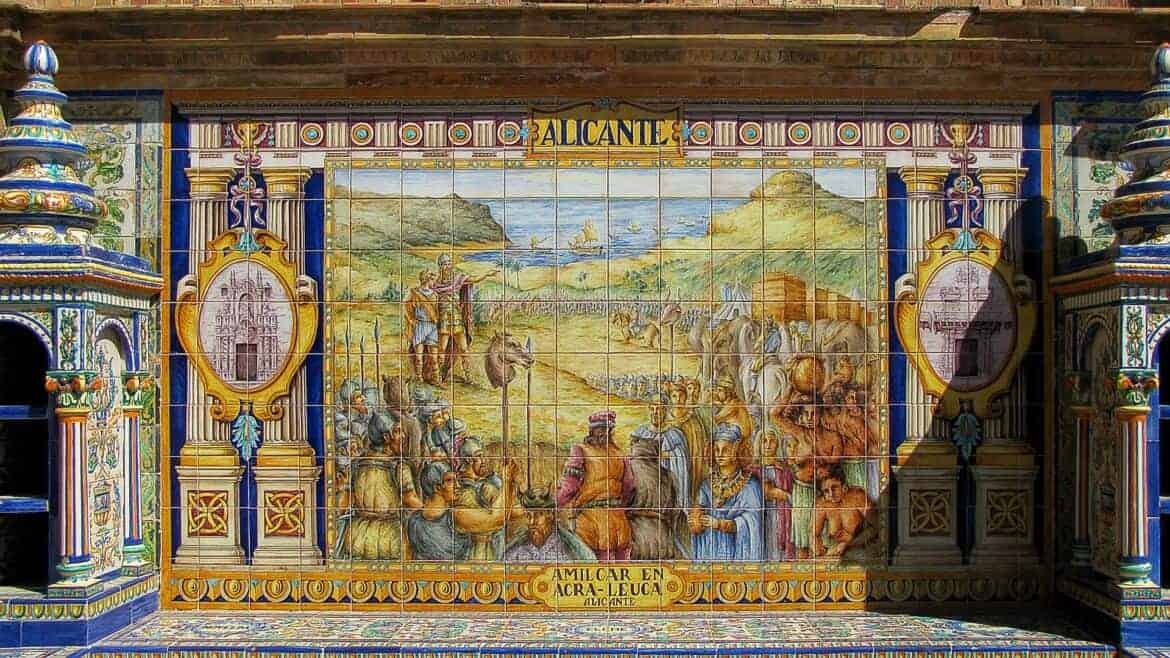 The hill the castle calls home tells its own unique story. Artifacts have been uncovered going all the way back to the Bronze Age up through the period of Roman control and beyond. It would seem the region’s beauty has a timeless quality to it, having enchanted humans throughout the ages.

Snuggled right up to the walls of the fortification is the historic neighborhood of Barrio de la Santa Cruz, which trails its way down from the castle to the rest of the city below. Strolling through this area, one would see narrow streets and rustic homes decorated with flags overhanging windows lined with tubs of flowers.

Alicante is also home to structures of astoundingly beautiful design. Throughout history, the region has traded hands between native Iberians, Romans, Muslims, Christians, and others. Each sought to leave their mark via beautiful building projects. The most notable example is the Basilica of Santa Maria, the city’s oldest church, constructed in the Valencian Gothic style. Everywhere one looks, architectural masterworks from various ages and cultures abound, sure to delight the senses of aesthetically sensitive travelers. 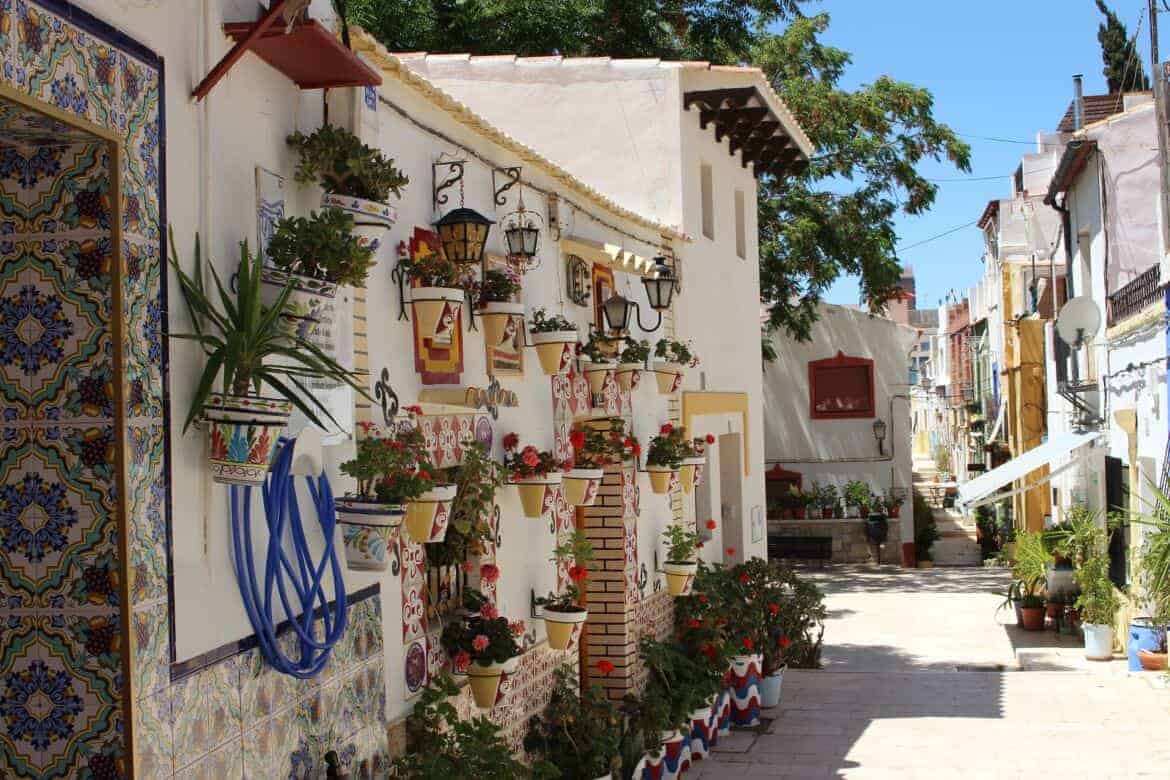 Learning about the history and culture of Alicante is a rewarding experience all of its own, but it’s bound to make visitors exhausted, so let’s take a look at some of the different things one can do blow off some steam and soak in the sunshine. 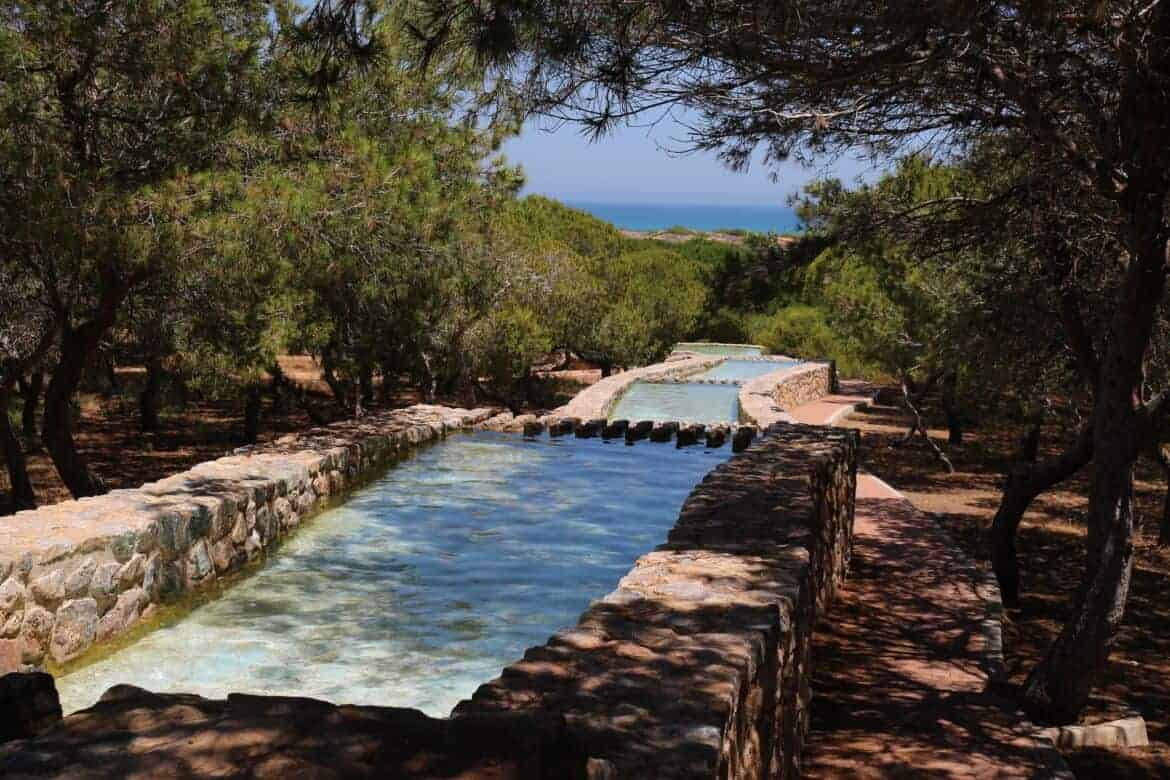 The Costa Blanca isn’t called the White Coast for nothing. It’s long been a popular vacation spot for beach bums of all shapes and sizes. The coastal resort of Torrevieja is home to the often visited La Mata beach, among many others. Bars and restaurants line the beaches of this area, making it a great place for couples to retreat or for solo travelers to mix and mingle with others.

If one wishes to stay in the city, the Playa del Postiguet is a beach situated right in the heart of Alicante. The Santa Barbara Castle is even visible from this location! Bustling seven days a week, this beach is an excellent location for families just looking for a relaxing spot to take in the sights, with quick and easy access to delightful restaurants offering mouth-watering local cuisine that’s sure to fill up the whole family. 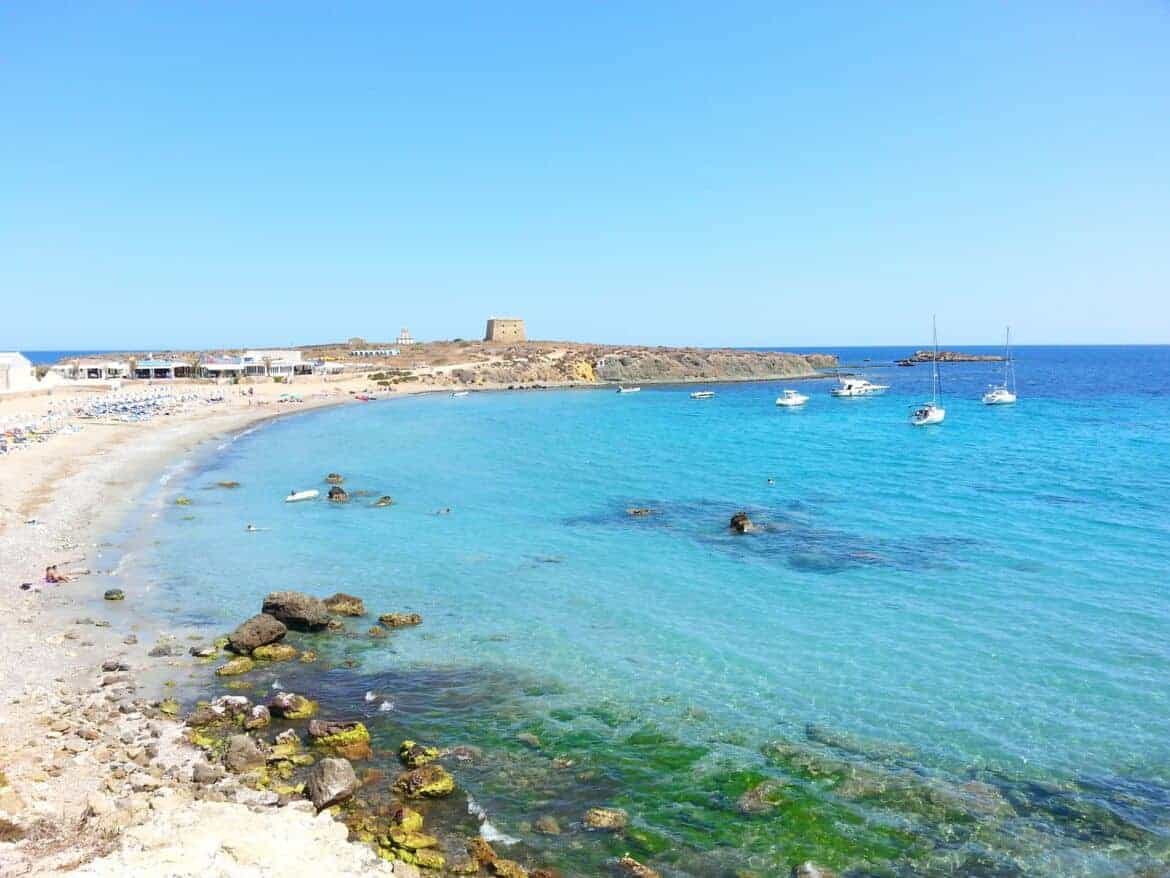 For aquatically-inclined adventures, a short boat ride of a few kilometers would take one to Tabarca island, which was once a safe haven for the Barbary pirates that used to terrorize the waterways of the Mediterranean. For land lovers, check out the marvelous Coves del Canelobre, one of the highest caverns in Spain that’s home to some stunning rock formations.

Relaxing on strips of golden sand and breathing in the smell of the sea isn’t the only way to find leisure in Alicante, however. The province’s Jalon Valley is home to the Finca la Cuta lavender gardens. Situated against a mountainous backdrop, a walk through the garden is sure to offer a dazzling sight, and smell, to nature lovers. But why not have the ultimate Mediterranean experience? Combine a stroll through the lavender garden with a trip to one of the Bodegas Mendoza vineyards for a wine tour and tasting. A more perfect honeymoon idea could hardly be conceived!

With so much to do and so few calories with which to do it, visitors are bound to have hungry appetites at some point during their stay. Luckily, Alicante, with its rich cultural history, is home to a diverse cuisine that blends Spanish and Muslim culinary practices. The food in Alicante is as Mediterranean as Mediterranean can get. 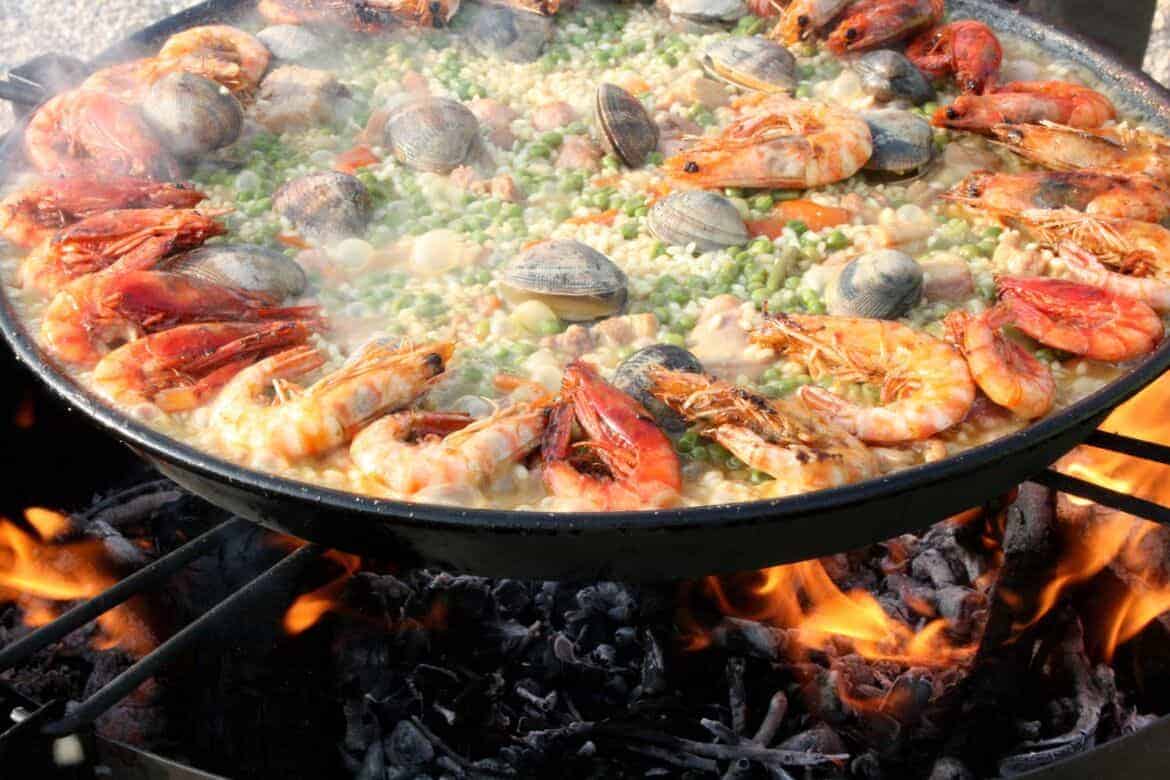 Don’t forget (how could you?) to try out the various tapas spots, one of the most popular being La Taberna del Gourmet, where good food and drink keeps coming as long as you keep asking for it!

Another place to check out for great food is the Mercado Market, a stunning two-story building where one can find fresh produce, fish, meats, and cheeses. What’s better than getting lost for an hour or so in a building dedicated to selling the freshest foods the region has to offer?

What’s there to contemplate? Rest, relaxation, and exciting adventure? Check. Enough culture and history to fill up several volumes of books? Check. A cuisine that is unmistakably something that can only be found along the Mediterranean Sea? Check.

Whether you’re a lone backpacker setting out to see the world with a fresh perspective, a family making the most of a holiday, or a couple trying to have one of the most romantic experiences of your lives, Alicante has you covered.

So whip out your travel planner and write down, “ALICANTE, SPAIN,” in big, capital letters so you don’t forget. While you’re over there, just remember to not have too much fun, you may never want to leave!

10 Reasons to Skip the Plane and Take This Bus Instead