The Na Pali Coast is one of the most special places on Kaua’i. Along the North-West coast, these rugged cliffs offer grand views of valleys, caves and waterfalls winding their way to ocean depths below. In order to protect this beautiful terrain, Na Pali can only be seen one of three ways. The first is hiking through it’s trails, the second is by air and the third is by sea.

One of the great things about choosing to take in the coast by sea is that you can really take in the grandeur from the unique perspective a boat offers. I was able to experience the beautiful Na Pali coast by sea thanks to Captain Andy’s Star Na Pali Snorkel, BBQ, and Sail Tour; which offers much more than just a scenic view. Captain Andy’s has been sailing and rafting on the Na Pali and around Kaua’i since 1980 and offers numerous expeditions. 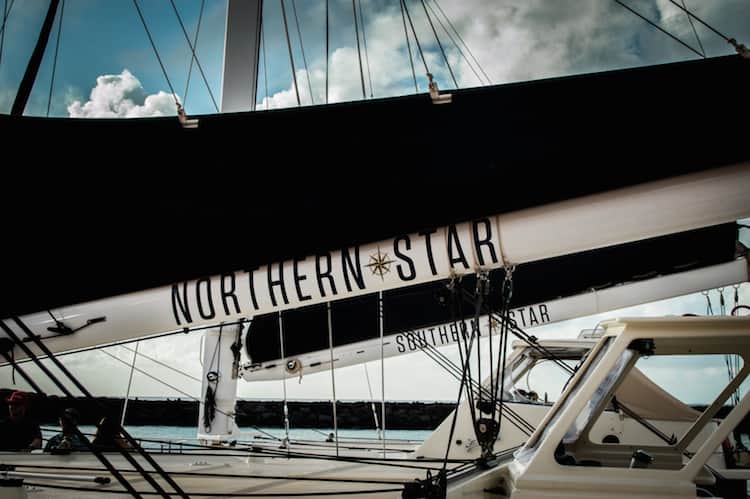 We were on board the Northern Star, a 65’sailing yacht, by 9:30am and set off from Port Allen on the west shore of Kaua’i as we enjoyed a continental breakfast. We were set on a course that took us near the shore with views of Niihau, Polihale and the ridges of Kokee. Taking a nearshore route up the coast allows for spectacular views of sea cliffs, numerous waterfalls and lava tubes. 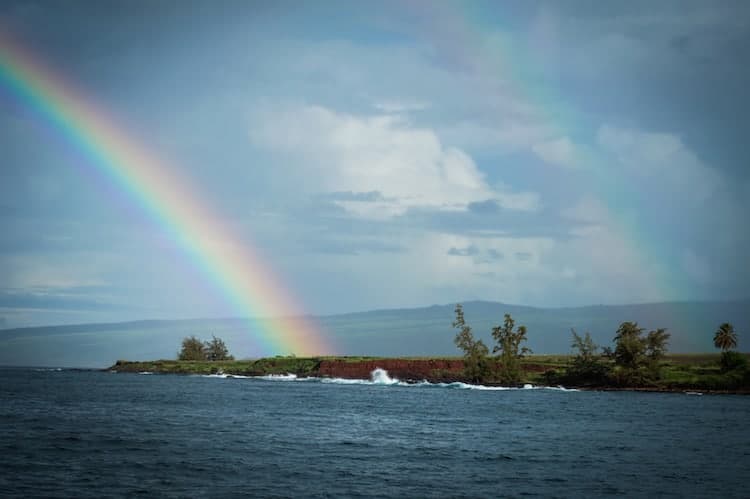 It wasn’t long before magical things started to happen. First a rainbow appeared.

And then a pod of dolphins began playing near our boat. It was about this time that it all seemed too good to be true. Thankfully, it wasn’t – for everyone except me.  Unbeknownst to me, I am prone to sea sickness. Less than an hour into the trip, right around the time we stopped to snorkel, I realized that I was terribly, horribly sea sick. Unfortunately, I was able to only just see the beginning of the Na Pali coast but what I did get to witness was beautiful. 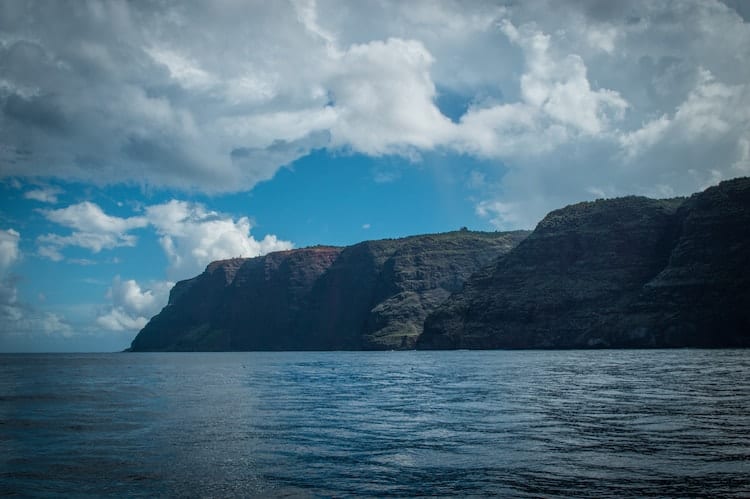 The rest of the crew, who were fortunate enough not to get sea sick, were treated to some spectacular views like the ones below (photo credit Captain Andy’s) as we made our way up the coast. 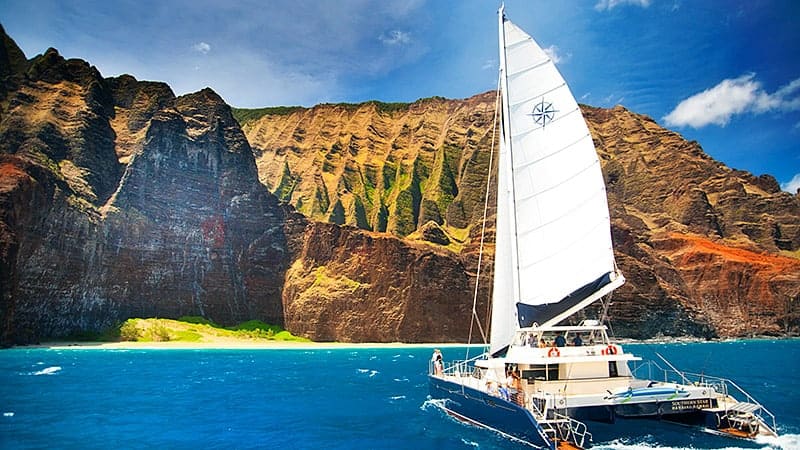 Once we reached the end of the coast line, Captain Andy’s provided their BBQ Lunch. The menu consisted of chicken, burgers and a vegetarian option; cole Slaw or baked beans; fresh baked cookies, cocktails, beer and soda. 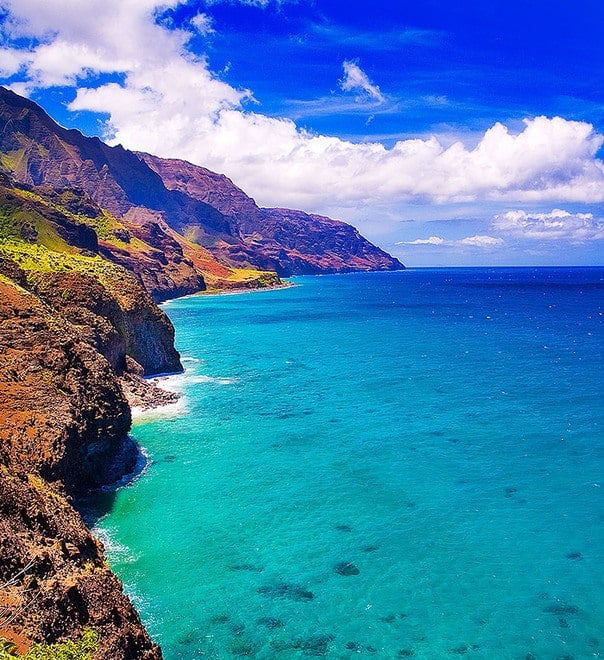 As lunch concluded we made our way back to Port Allen with more stunning views of the coast.

The Kauai Visitors Bureau covered my expenses during this trip, all opinions are my own.