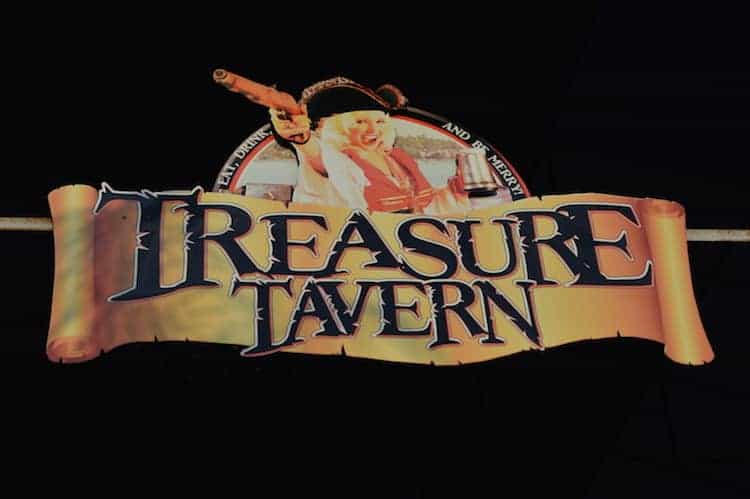 With numerous attractions, amusement parks and dinner shows it’s inarguable that Orlando suffers from no shortage of family friendly amenities. But it left this girl to wonder, what about those time grandma offers to babysit and she finds herself free to entertain herself for the night? I’ll be honest, on such a rare occasion that last thing I wanted to do is spend my time with  other people’s children.

So you can imagine my happiness when Restaurant.com offered a great deal for Treasure Tavern Dinner Show. A show that urges its guests to leave the kids at home and promises some good natured, adult fun!

Madame Gretta, the new tavern proprietor (she inherited the Tavern under rather dubious circumstances), takes you on an evening of non-stop amusement featuring Rob and Grift, a hilarious pick pocket duo that have taken refuge in the Tavern; the beautiful dancing rum girls, or “Jewels,” as Gretta calls them: Amethyst, Jade, Amber, Sapphire, and Ruby, and the unfathomable Jinx, a rather “special” Jewel.

I’m warning you now, this show is not for those easily offended. But if you like some fun innuendo, knee slapping comedy, parodies, burlesque dancing, and a good cabaret then this show is is definitely for you. The entire cast was very personable and little did I know, I had met half of them before I even got to my seat. I knew it was going to be a good time when upon arrival I was already exchanging anatomy jokes with Rob. After being seated I was given the menu for the night. 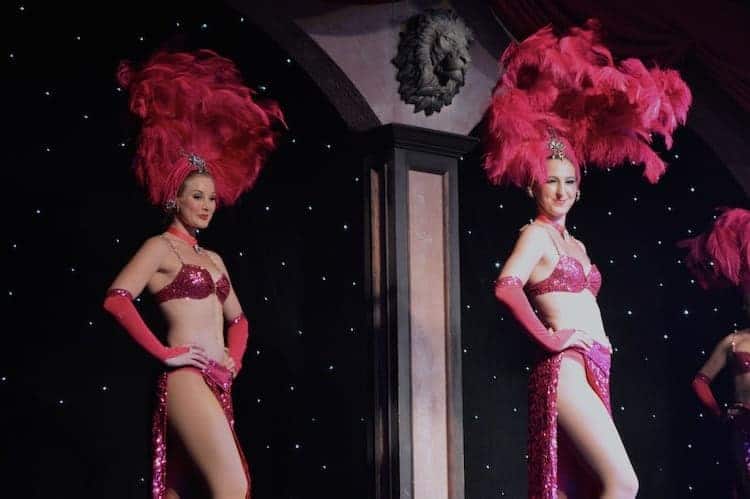 First up, a rich and creamy broccoli soup; and to accompany it a cabaret about just how it was Madame Gretta obtained Treasure Tavern. Aiding her in the story were some fun muppets-esque characters that had the audience rolling. Our second course brought a delicious vinaigrette salad that nearly caused me to lick my plate clean, followed by moist roast beef, seasonal asparagus and potatoes. Over the course of the show the cast intermittently interacted with audience completely unscripted and still completely hilarious. 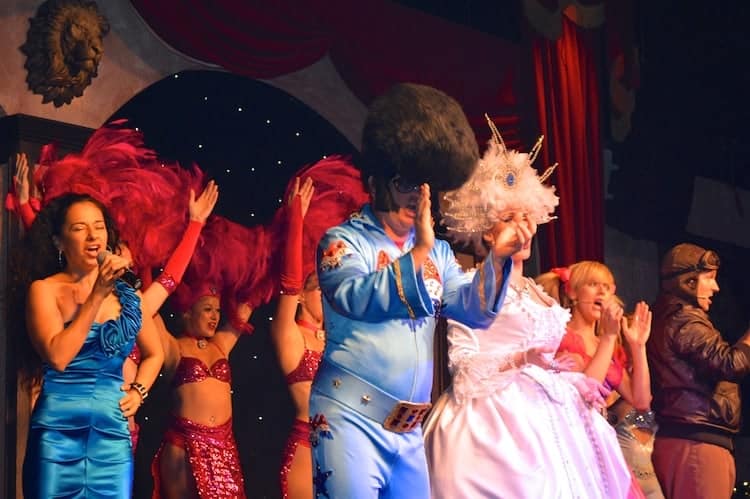 After dessert of frosted carrot cake filled with nuts and raisins, any willing audience member was invited on stage for one last ‘act’ with the cast. We rocked it out to old school hits like Back Street Boys “Bye, Bye, Bye” umm yes, that is MY jam but it was also our cue to leave. I was surprised that over two hours had flew by so quickly but it was just enough time for this mom to rejuvenate herself. Although I think the libations and laughs had much to do with it. So if you find yourself without the kids and looking for an awesome time I recommend stopping by to see Madame Gretta and gang to see the treasures within.

And to think, I never would have even thought about visiting this venue if I hadn’t seen it on Restaurant.com! Now only did we get a good meal for a discount – but it was truly an entertaining evening as well.

The only thing better than going out for a great meal, is getting a great deal. Restaurant.com has been filling tables since 1999 and is the destination for dining whether you like to plan ahead or find a meal on the go.  Restaurant.com helps diners discover the perfect dining experience and boasts nearly 50,000 dining deals available every day, even on the weekends!  And, the deals are easy to use – present the certificate to the server on a mobile device, or print out a copy, and voilà – the savings will be deducted from your final bill. Bon Appétit!