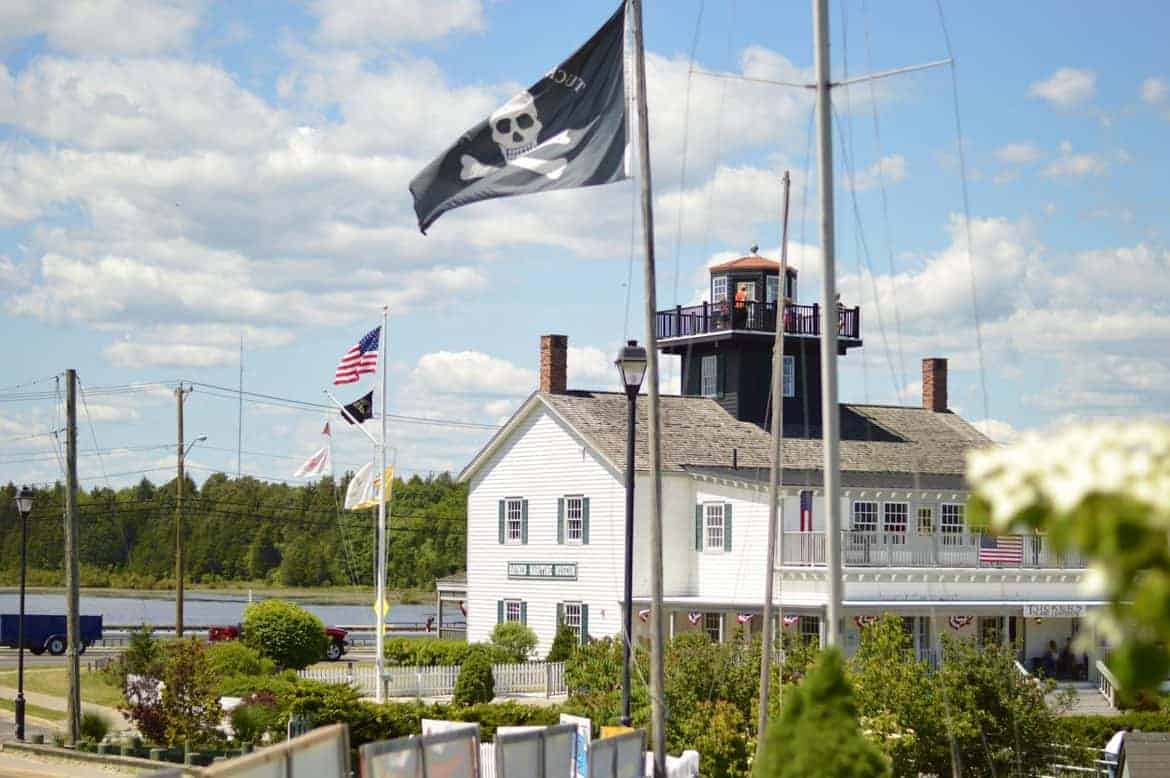 Thirty miles north of Altanctic City at exit 58 on the Garden State Parkway you will find the historic town of Tuckerton, New Jersey. Nestled among it’s charming victorian houses and winding riverway is the Tuckerton Seaport which each year in the month of June transforms into a swashbuckling pirates port –  family friendly style.

Located in the heart of Tuckerton, the Seaport is home to quaint shops and restaurants, exhibits and hands-on activities. During it’s daily operations families can stroll the boardwalk  and experience life on the Tuckerton “Crik.” There are master craftmen such as decoy carvers, boat builders, and basket makers. There are baymen to entertain and an educational experience hiking the nature trail.  Families can even sit down for a meal at ScoJo’s. Sounds like a charming place to spend the day with family right? It is! But everything is better when there is a treasure map in hand and gold to be had! Visit during the annual Tuckerton Seaport Pirates Festival and spend the day with family working through a treasure map with plenty adventure along the way. 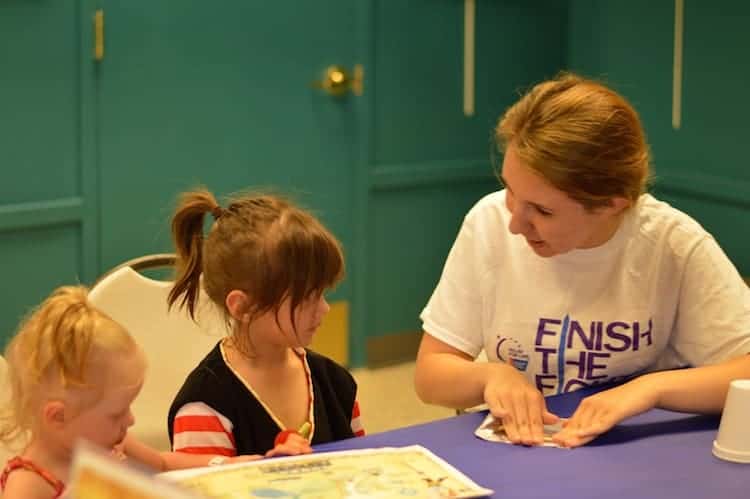 Our hunt began on the lower level of Visitor Center where junior pirates had the option of making a variety of crafts including ‘hooks, pirate hats and pirate faces. We also had the opportunity to get our picture taken with a ‘real’ pirate and his talking parrot. 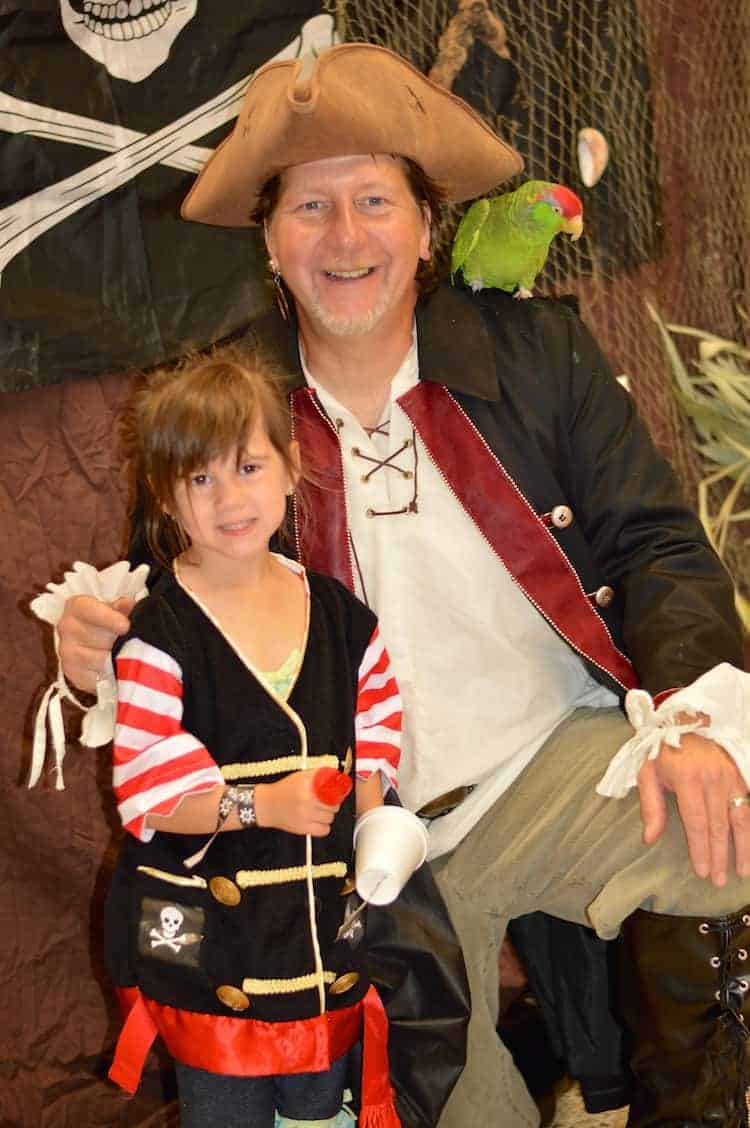 From there we wound our way through merchants selling everything from Pirate Makeup to Pickled vegetables. Many members of the community and businesses had booths set up to share their wears, offer drawings and more. There was even a live pirate band playing most of the afternoon. 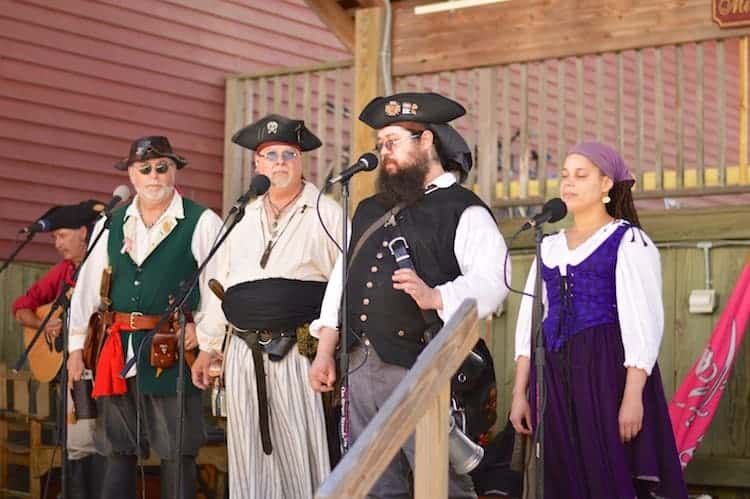 And this led us to our next stop, Perrine’s Boat Works. Fun Fact: The Sneakbox and the Garvey, two traditional wooden boats of Barnegat Bay, were designed within 10 miles of Tuckerton. Not only can you learn about these boats at Perrine’s but visitors can actually create a boat by hand along side master boat builders.

From there we took a jaunt across the bride where some dubious looking pirates were looking for their buried treasure. Adults and older kids like were giggling at their antics. Eventually we made our way to Parsons Clam & Oyster House where we got a break from the heat to dig for oysters. 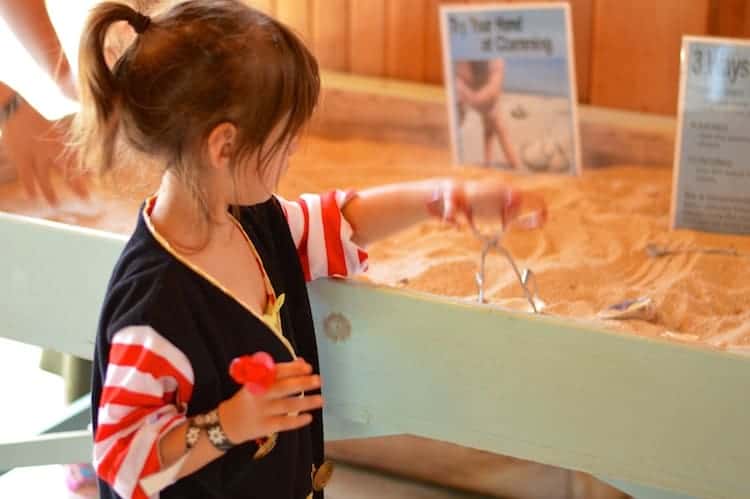 and take in a game of mini golf – both as part of our treasure hunt! 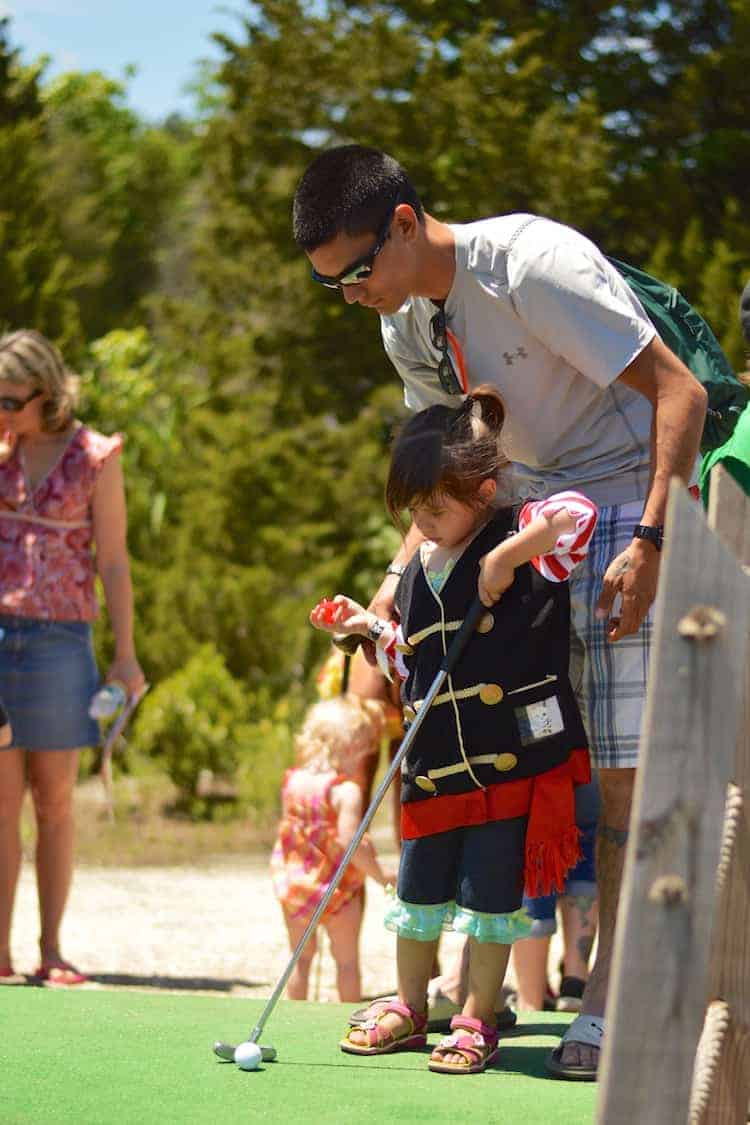 In a few shifty moves our little Pirate managed to be victorious. We really shouldn’t have expected less from a pirate. 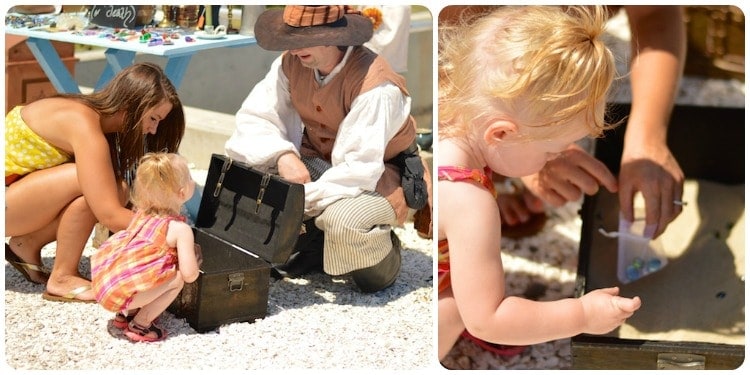 We eventually ended our treasure hunt at the Tucker’s Island Lighthouse, my favorite area in the Seaport. The lighthouse is a reproduction of the lighthouse that was built in 1868 on Tucker’s Island, the original actually fell into the ocean in October of 1927. 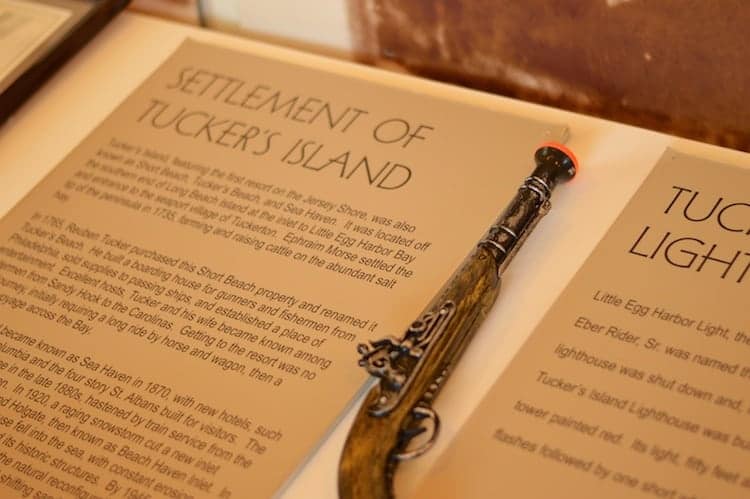 The reproduction contains exhibits on New Jersey maritime history and the people who lived it including the stories of shipwrecks, lighthouse keepers and the U.S. Lifesaving Service. But it’s more than that – we also found exhibits on the history of suffering, photography on the area and more. But my favorite view was found climbing 42 steps to the tower for a spy-glass eye view of the Seaport and Lake Pohatcong. 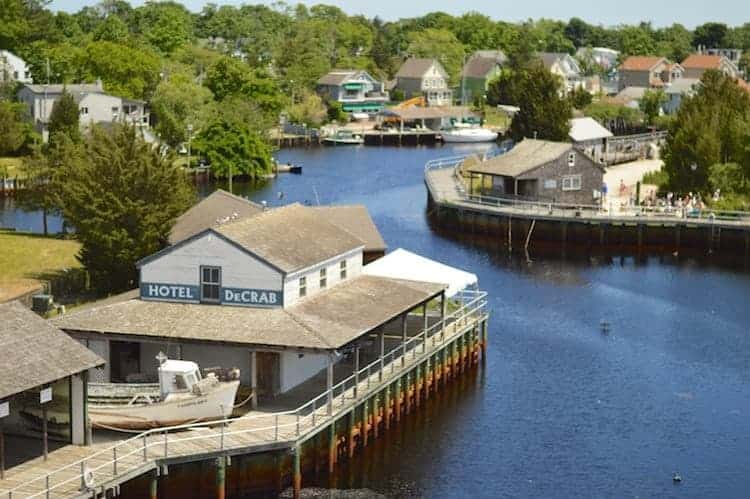 The afternoon had passed quickly and with just one last stop at the bounce house we made our way to the ‘X’ with treasure map in hand to collect our riches! 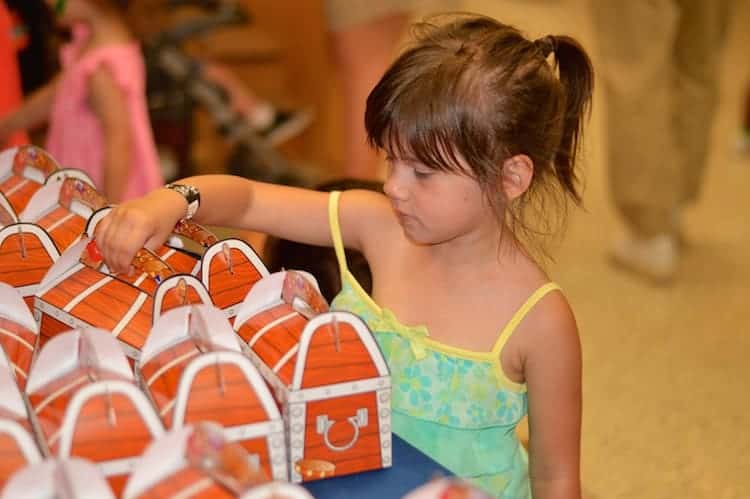 A big thank you to Real Mom Media and Tuckerton Seaport for inviting our family on this fantastic adventure. Our story and photos are our own.