Downtown San Diego offers a plethora of cultural attractions that are world-renowned. From the historic Balboa Park to the San Diego Zoo and the Padres’ Petco Park there are often so many choices that everything simply can’t be enjoyed in one trip.

The USS Midway Museum was one such choice that was overlooked until recently. Located alongside the Navy Pier in downtown, this real aircraft carrier floats near cruise ships and harbor tours to the extent that I had no idea what I was missing out on until I finally decided to visit. 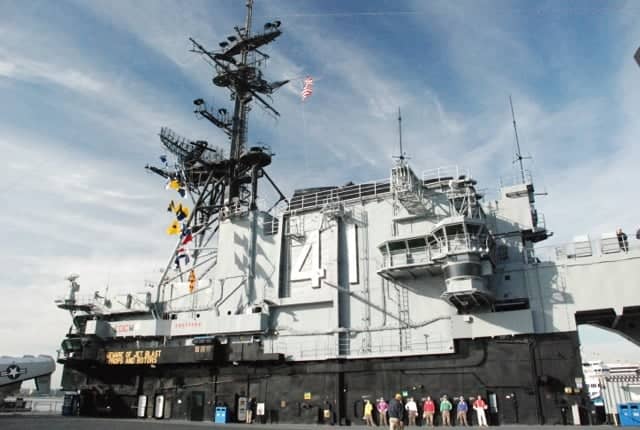 Described as a floating city at sea, the USS Midway Museum is just that. Commissioned a week after the end of World War II, the Midway was the largest ship in the world until 1955 and so large that it was the first U.S. warship to big to transit the Panama Canal. Serving for an unprecedented 47 years, the USS Midway served in the Vietnam War, 1991’s Operation Desert Storm and gained notoriety for operating several naval aviation breakthroughs as well as several humanitarian missions. After being decommissioned in 1992, the USS Midway is the only remaining U.S. aircraft carrier of the World War II era that is not an Essex-class aircraft carrier and the only carrier to serve the entire length of the Cold War and beyond.

The USS Midway is an iconic part of American history and was honored by being opened as a museum on June 7, 2004. It’s currently the highest visited naval aviation museum in the nation, exceeding 1 million visitors in 2012. 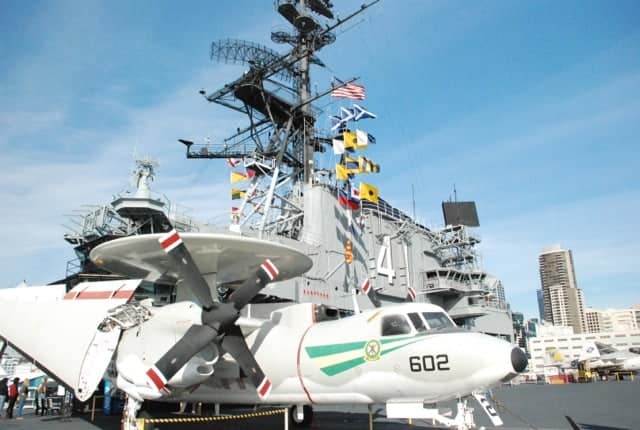 Upon getting your tickets, you’re welcomed onto the ship where you can collect your complimentary self-guided audio tour brochure and headphones. There are over 60 exhibits, 29 restored aircrafts and even two flight simulators for guests to explore and gain an understanding of what it was like to live upon the USS Midway. 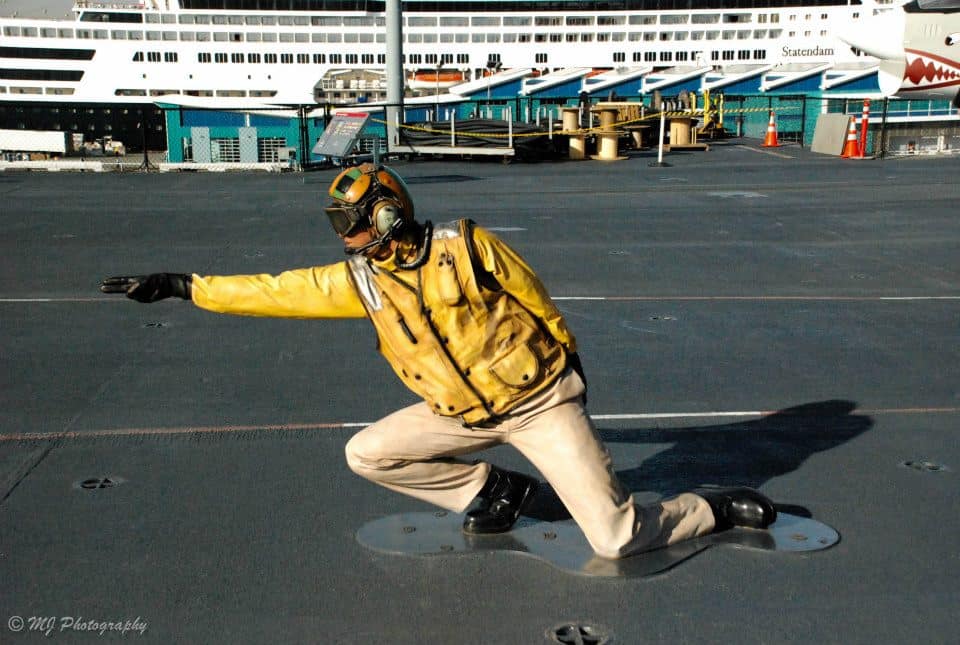 For aviation fans, the top deck has a variety of restored aircrafts that have their own extensive history. There are World War II aircrafts that include the SBD Dauntless dive bomber and TBM Avenger as well as the Korean War aircraft AD Skyraider and the Vietnam aircraft F-4 Phantom and Huey gunshi 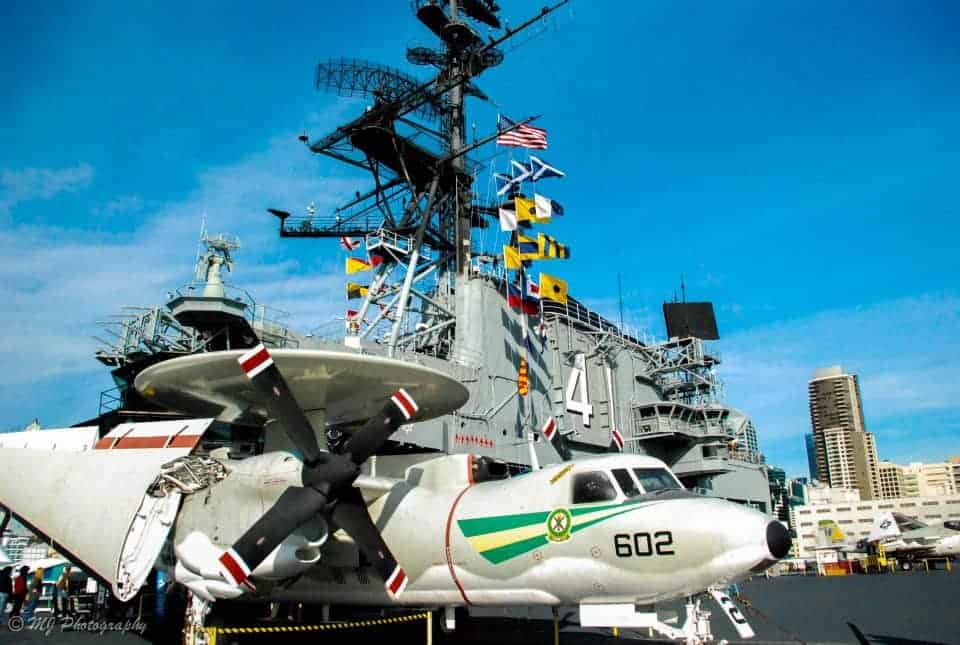 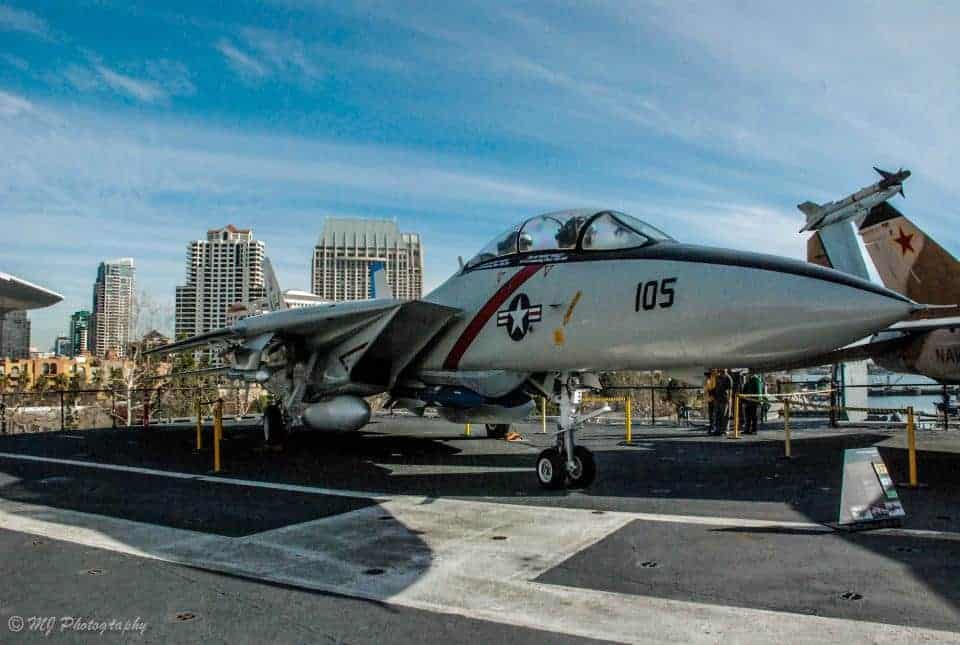 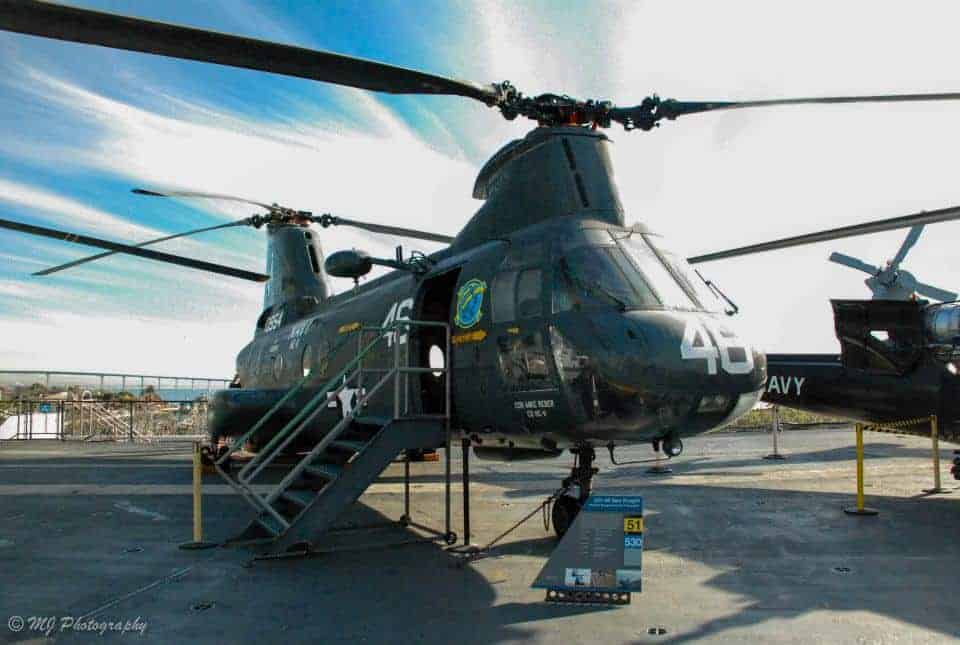 Throughout the ship, guests can visit the living quarters of where over 225,000 sailors lived during their time on deployment. The mess hall was particularly interesting to me, seeing how large of batches food was made to serve everyone, one of the mixing bowls was actually almost the size of me, coming up to my shoulders and I’m 5-6!

Walking through the narrow hallways, it’s fascinating how so many young sailors were able to live in such tight quarters for months on end, and truly helped me to appreciate them for what they did to serve our country. 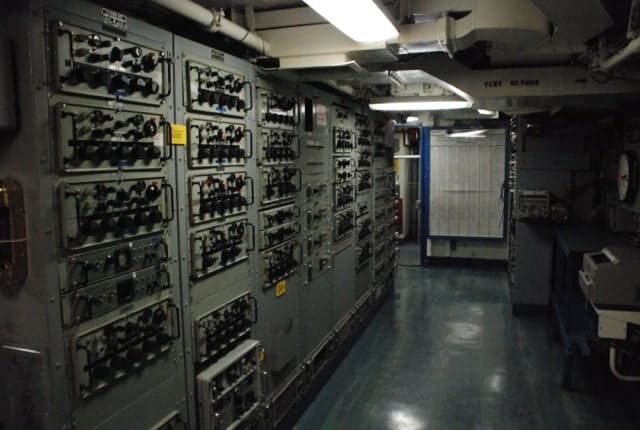 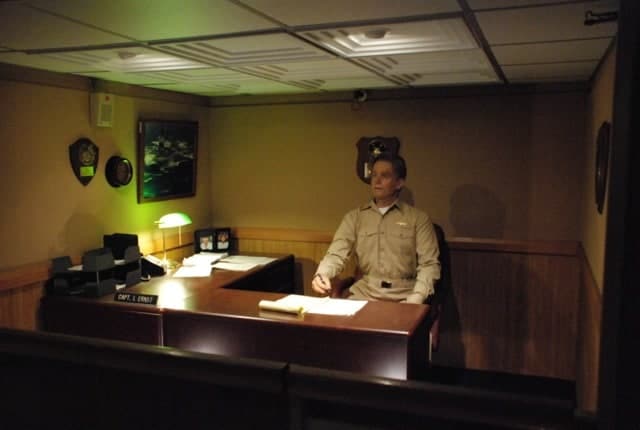 The USS Midway Museum is an unforgettable experience and is great for the entire family. I stayed around four hours exploring, but guests could easily spend all day here depending on what you want to see, and any tours you want to take part in.

Admission is $19 for adults and $10 for children 6-12, children 5 and under are free. Discounts are provided if you buy online, are AAA card members, or are college or retired military with ID.

6 thoughts on “The USS Midway: An Iconic Maritime Museum”