After watching the movie Jurassic Park many moons ago, I couldn’t help but find myself wishing that such a place existed…even if half the cast was missing by the end (if you catch my drift). It’s probably a good thing my wish was never granted, for obvious reasons, but that’s not to say I can’t get my toddler one as a pet! Who needs a puppy when you have Jagger the T-Rex? Especially when it comes in a box that’s almost just as fun to play with! 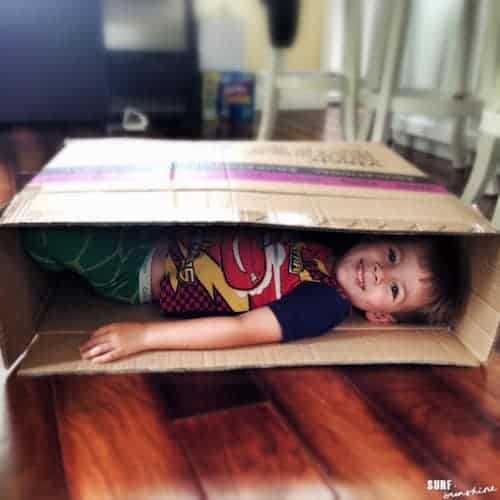 We were asked to try out the new VTech’s Switch & Go Dinos® when they made their debut last year and they have been a favorite of Whistler’s ever since. When I was asked if we wanted to try out the new Jagger this year, I honestly had no idea how BIG he would be! The VTech’s Switch & Go Dinos® fuses two of every boy’s favorite things—dinosaurs and vehicles—into one toy. Not only do you not have to feed it – although it does make eating sounds – it also transforms into a super-cool construction truck with crane. 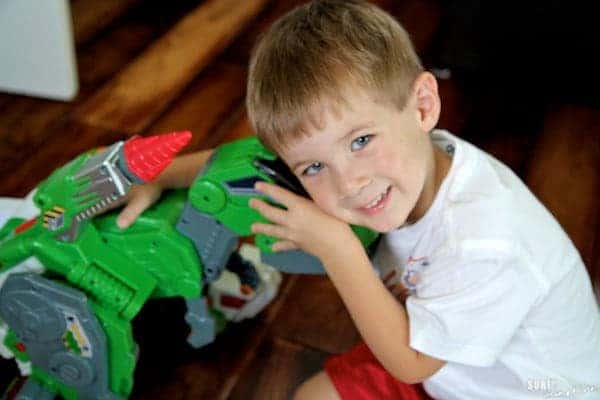 The VTech product, information, and additional gift pack have been provided by VTech.

Jagger the T-Rex, Whistler’s favorite Switch & Go Dino yet, transforms from a construction crane into the mighty Tyrannosaurus Rex, Jagger in a few not so easy at first steps. (Once you get the hang of it, the switch is a breeze but be prepared to be a little perplexed in the beginning!) In truck mode, Jagger is a rotatable toy crane with sound effects, complete with a mini-transforming bulldozer. If ever he needed to demolish a stray building or rogue robot Whistler can stay well back in the “safety” zone thanks to the voice-activated launcher-fired drill bit. 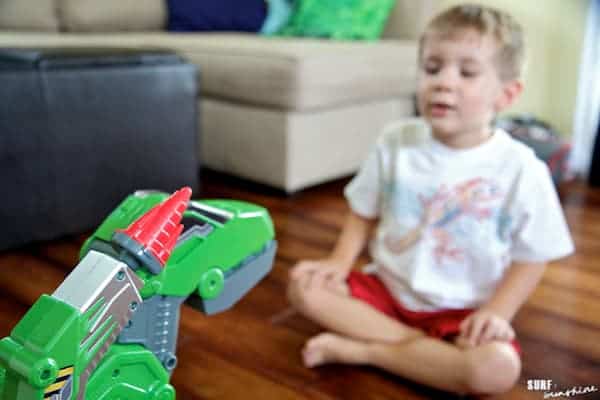 Or sit right in the way – same difference :) 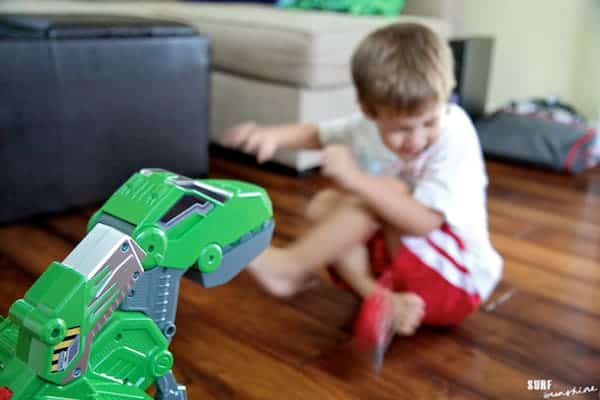 As a T-Rex, he’s the meanest, toughest educational pet on the block. Ready for interaction, just say “Hello T-Rex” to wake Jagger up and bark out a command for him to obey. He recognizes and responds to 24 specific voice commands like “Roar with me,” and hear him roar with his motorized jaw.

Say “Teach me something” and you may learn a new dinosaur fact. But just like any pet, sometimes he just doesn’t listen!

I love that there are endless ways that your child can play with Jagger. I actually found my son pretending to be a veterinarian one day – too cute!


I’m hoping that for the next version of Jagger, they will eliminate the need to have to repeat “Hello R-Tex” each time you want to give an order.

Of course according to toddler logic, you can’t have just one Switch and Go Dino. Jagger is large, in charge and fierce but he will surely get lonely. Good thing he has a few friends like Blister the Velociraptor™, SkySlicer the Allosaurus™, MC Roar the Giganotosaurus™, Stompsalot the Amargasaurus™, Quiver the Stygimoloch™, Torr the Therizinosaurus™, Akuna the Velociraptor. Smaller buddies to save or stomp, the whole family provides hours of imaginative fun. 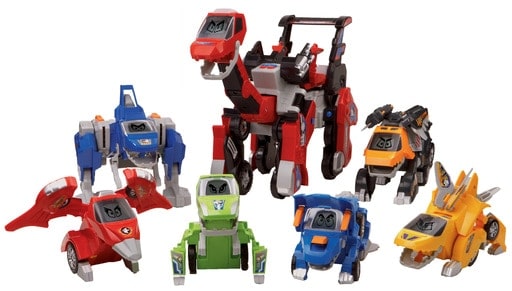 85 thoughts on “Our New Pet Dinosaur: Vtech’s Jagger the T-Rex”