During my latest trip to Disney’s Animation Studios, I had a special behind-the-scenes opportunity to tour and interview several different departments involved in their latest animation adventure, Frozen. This film not only demanded skillful animators, but a strong technical team as well. The three departments I visited – Rigging, Animation, and Visual Effects – were involved with Frozen at almost every step along the way.

Each character starts as a virtual 3D puppet inside a computer, but in order to animate each puppet needs a skeleton. That’s where the rigging department comes in; they give the animators the tools to bring these stiff character models to life. The rig that most exemplifies their expertise is that of Olaf, the lovable snowman. There were certain challenging requirements to Olaf’s rig – it had to be easy for animators to completely detach, reattach, and and switch around the snowballs and sticks making-up his body. With the opportunity to play around with Olaf’s rig, I have first-hand experience at just how complex it was while also remaining easy to use and understand. 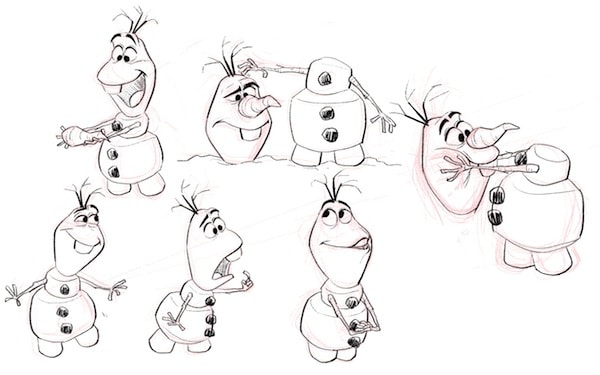 What helps Disney achieve such flawless and believable characters are their roots in traditional hand-drawn animation. The animation department worked early on with the riggers, giving them detailed model sheets to demonstrate what each character’s facial expressions should look like on the 3D model. They also ran early tests to study each characters’ motivation and attitude as they walked across the screen. It’s important to establish this early because they want Olaf’s childlike waddle to differentiate him from Anna’s carefree skip and Elsa’s sexy strut.

The two supervising animators, Wayne Unten and Becky Bresee, walked us through their own personal approach to animating their shots. Unten, who worked on Elsa’s musical scene “Let it Go”, begins by exploring the character and her potential movements with dozens of tiny sketches called thumbnails. From there, he would lock himself up at his office listening to the track on repeat and trying to feel the music. Bresee, on the other-hand, would begin by filming herself acting out the scene and using certain characteristics and mannerisms of the performances she liked. 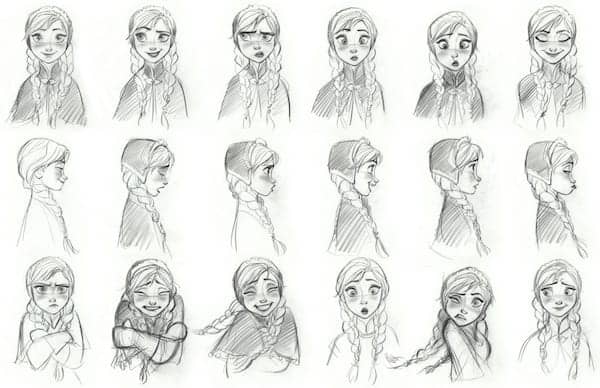 Once the animation for the shot is complete, it is in the hands of the Visual Effects department. This small but innovative team has come up with several of their very own technologies in order to take-on a film with the scale of Frozen. In order to give their cinematography a more hand-held effect, the team came up with a “camera” that records real-time animation shots on a motion capture stage. What I found most impressive was the amount of research and realism behind the effects. The team met with a scientist, known as Dr. Snow, who taught them all about how snowflakes grown and expand. The team was able to use that knowledge in the way that Elsa is able to use her powers. They also used Dr. Snow’s expertise in the making of a snowflake generator, a program that could create thousands of unique snowflakes for each shot. 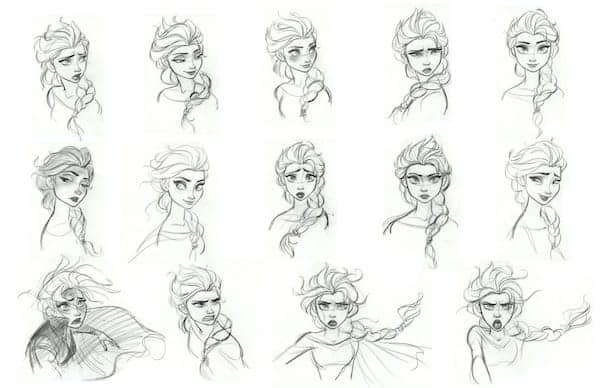 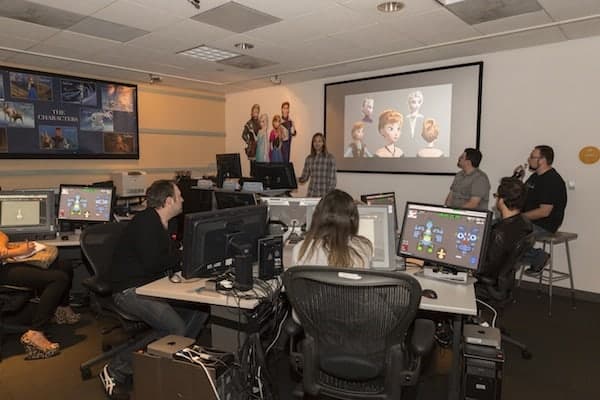 Disney is not only known for their compelling stories, but their flawless animation as well and I think Frozen is going to push it even farther than before. They were able to create believable characters that, as an audience, we forgot were just lifeless computer puppets to begin with. With the hard work from every department, and a little bit of magic pixie dust, the magical world of Frozen was brought to life. Surf and Sunshine even got it’s own personalized Frozen animation – so cool!

Coverage brought to you by Surf and Sunshine Contributing Journalist Emily.