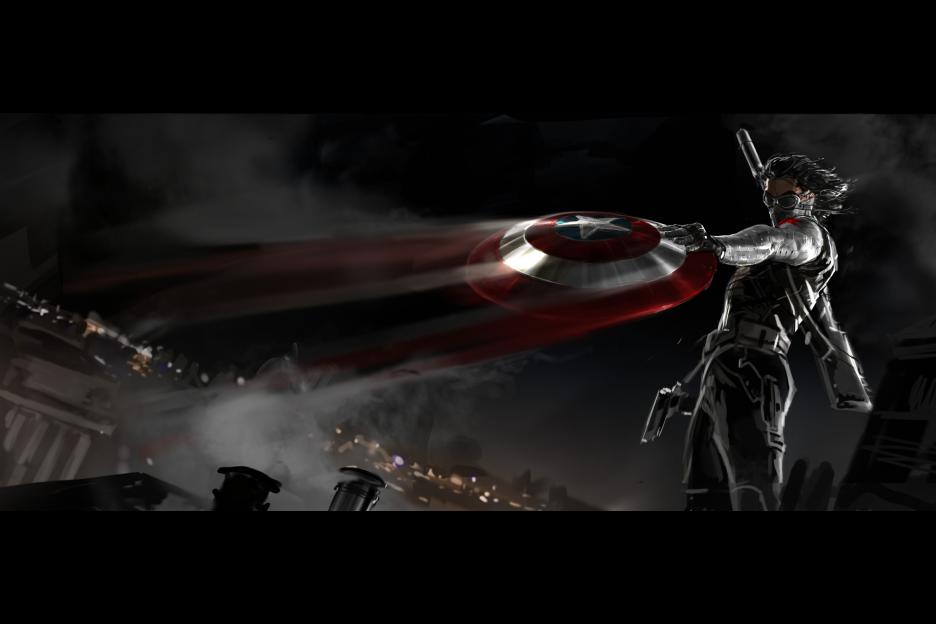 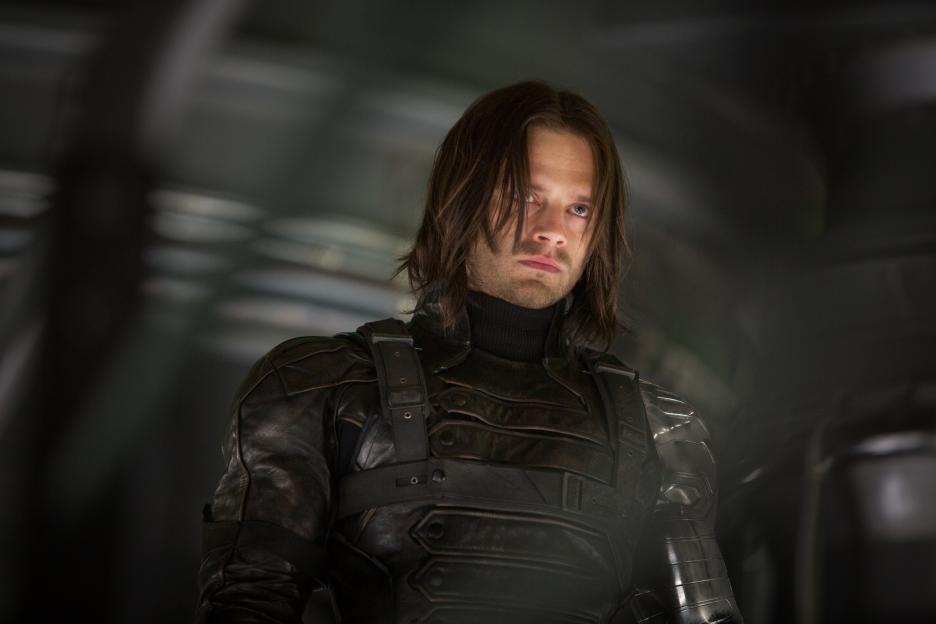 Sebastian Stan gave his views on his recent role in the upcoming film Captain American: The Winter Soldier. Playing the character Bucky Barnes, Sebastian Stan had to take on a completely different role from the once sidekick of the Cap. Bucky, becomes the powerful and malevolent villain, the Winter Soldier. After he fell into the Atlantic Ocean with Captain America, he was presumed dead, but the Russian General Vasily Karpov found his body and saved him. Without any memory of his former self, Bucky was transformed into a soviet assassin rivaling the strength and power of Captain America. 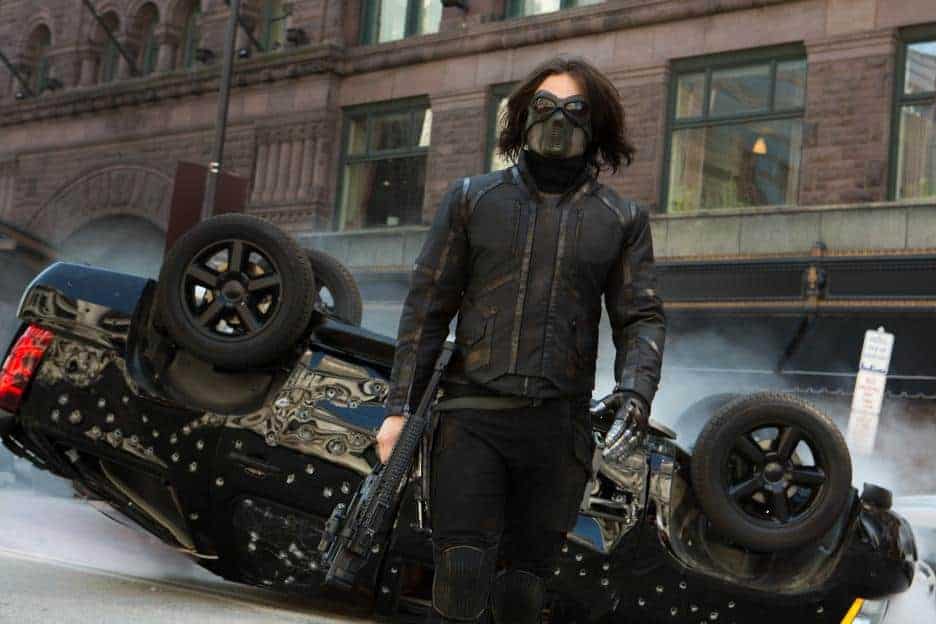 After finding out that he would play the role of the Winter Soldier, Sebastian Stan began preparing himself to play a man that no longer knows his own history. He is the same man in essence, but he no longer holds the knowledge of his self. In order to mentally prepare for this role, Stan drew inspiration from an unlikely source. His own step father was diagnosed with Alzheimer’s, and he found that “struggle within” to be similar to what his own character was experiencing. Stan admits “the process was very painful as an observer”, but it made him understand his step father’s internal battle by trying to personify that fight as the Winter Soldier. Who are you without a history? Who are you when your memories are no longer your own? How do you move forward? These are the very things that Stan’s character had to work through as he transformed into a villain. 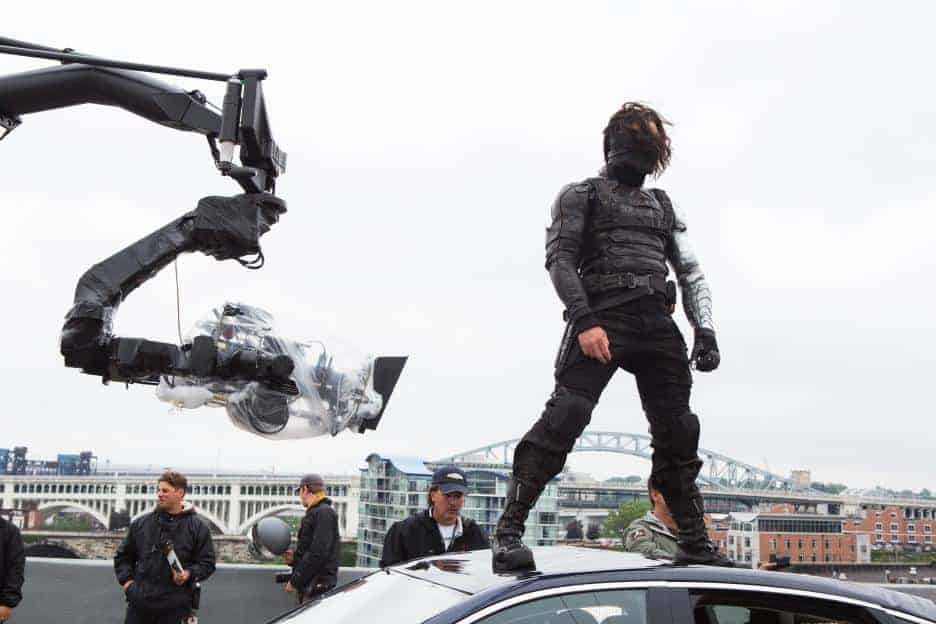 In addition to the mental preparation, Stan also had rigorous physical training to prepare himself to battle Captain America one on one. Stan revealed that “some of the diet and working out was happening six months before shooting.” And like many others from the movie, he compared the complicated fight scenes to “dance class.” The very calculated and carefully executed moves had to be choreographed down to every last motion in order to make the action appear fluid and effortless. While the training was difficult, Stan found it exciting because of the lack of CGI and green screens. Everything was happening around him in real time making it that much more real and thrilling in the moment. 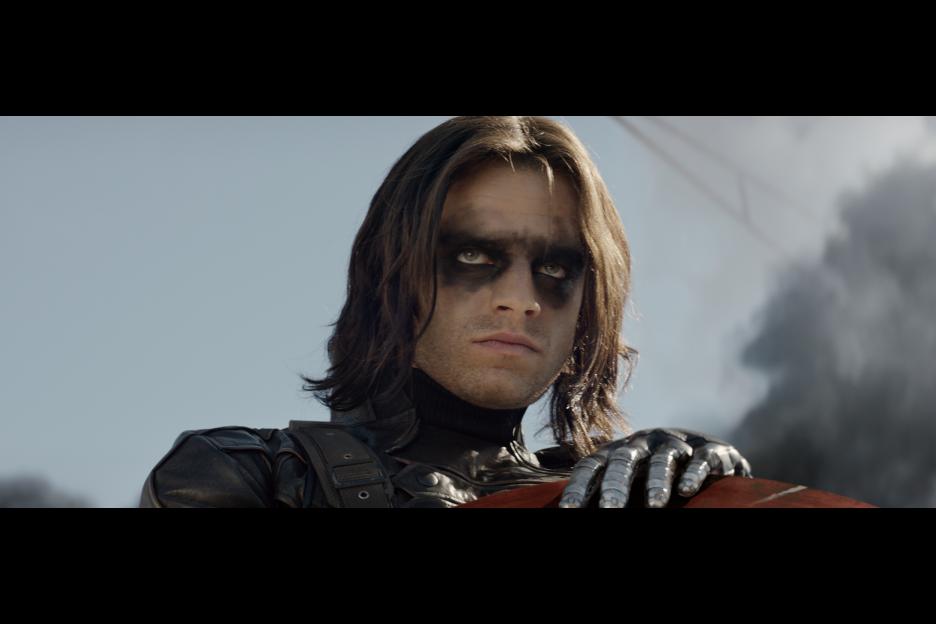 Just like his co-star Chris Evans, Stan’s favorite part about filming was working with Robert Redford. Stan made sure to soak up every moment he had with the legendary actor and humbly asked Redford for some words of wisdom from the veteran actor. Stan found Redford to be a “generous actor” and “obviously [that is] who he is” as a person as well.

See the transformation of Bucky Barnes into the Winter Soldier and experience the battle of good versus evil when Captain America faces a villain he never expected – in theaters now. Check back for more exclusive interviews with the rest of the cast.

5 thoughts on “Who is The Winter Soldier? See the World Through the Eyes of a Villain”