The word ‘Underworld’ may conjure scary images of dark caves or maybe a little claustrophobia, but in the Yucatan Peninsula, the ‘Underworld” is a place of majestic beauty. What makes the land below the surface a place you want to visit…? It is all about the cenotes. 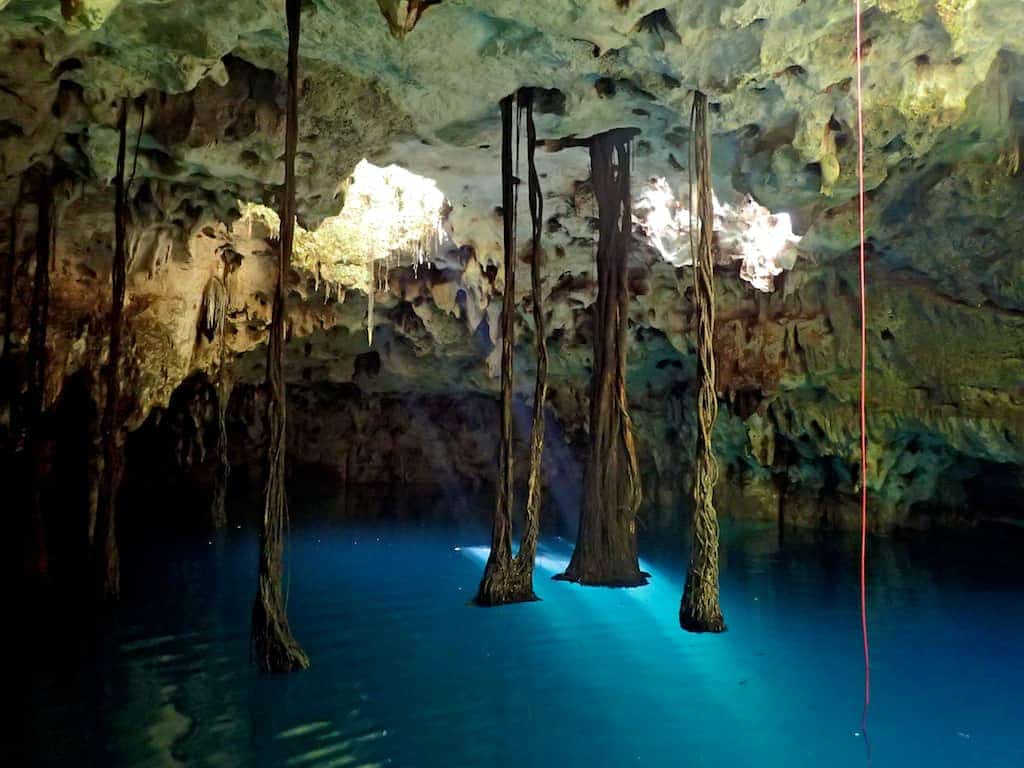 Pronounced say-no-tays, these are naturally occurring sinkholes that form when the ceiling of caves collapse allowing the world above to enter the world below. Beneath the surface are waters of magnificent colors and limestone walls that climb skywards like cliffside amphitheaters. Turquoise pools call like a beacon of utopia. Tree roots dangle from the ceilings dipping down into the crystal clear waters. It looks as if you have stumbled upon a secret paradise, and the Yucatan Peninsula has a variety of cenotes to experience.

Why does the Yucatan Peninsula have so many cenotes? Well, the story begins 65 million years ago when a large meteor struck earth in the Gulf of Mexico near the modern day city of Chicxulub. It has been theorized that this 6 mile wide meteor crashed into the earth with such force that it released debris and dust into the atmosphere compromising the availability of sunlight. Many theories suggest that this led to the extinction of non-avian dinosaurs. The crater left behind is known as the Chicxulub Impact because of its vicinity to the city of Chicxulub. The crater impact spans 110 miles and formed what is referred to as the Ring of Cenotes in the Yucatan Peninsula.

Sinkholes caused by the crater produced carbon dioxide. The gas formed naturally from the organic events happening within the hole. It caused the breakdown of rock, in turn weakening the limestone and allowing large portions to collapse and fall into the water table below. The world beneath the surface was exposed. Over time, cenotes developed along the rim of the impact radius forming a semi-circle around Chicxulub, near the epicenter. These cenotes will continue to change over time, but for now, they are an incredible attraction that bring people from around the world to witness their rare beauty.

Each cenote is unique in its own way, and there are four main types that occur…

These extravagant pools were once sacred lands to the Mayans. Civilizations were built around these water sources and many were the location for religious and sacrificial offerings. 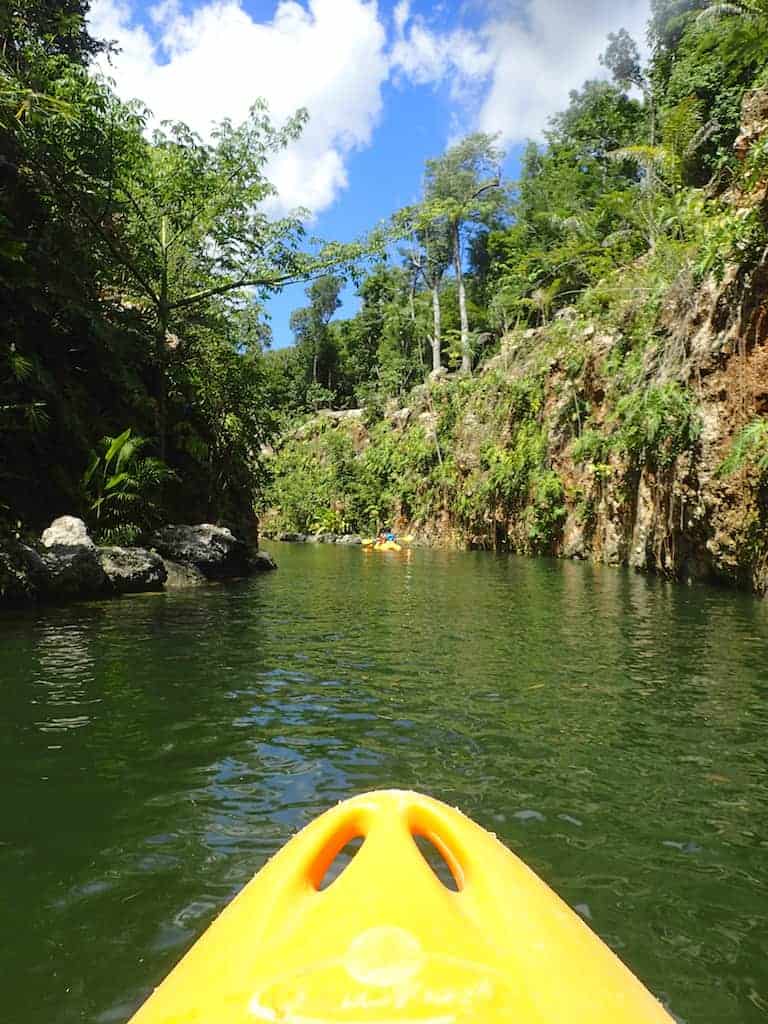 Today, you can explore these cenotes and take a refreshing dip in the icy waters purified by the limestone of the earth via an adventurous excursion with Xenotes Oasis Maya Tour.

During the course of one adrenaline filled day you will visit four types of cenotes, located on the Route of the Cenotes, between Cancun and Puerto Morelos. Dubbed Fire, Earth, Water and Wind, each cenote has its own distinct personality and features fun activities like rappelling, zip-lines, snorkeling, kayaking and cliff jumping. Suitable for all ages, as long as you’re comfortable being in water with a life jacket, this is a must do activity and one you won’t soon forget.

Immerse yourself in the same waters our ancient ancestors once worshipped….maybe you’ll find that they do in fact have magical powers.

Tour provided by Experiencias Xcaret. All opinions remain my own.

16 thoughts on “Cenotes and the Underworld of the Yucatan”