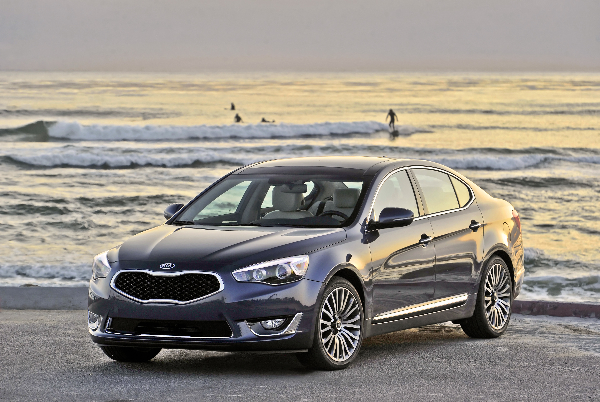 My friends often tease me about my high standards, picky appetite and critical eye. I wouldn’t say I’m a high maintenance sort of person, nor am I pretentious in any sense of the word but I know what I like and my taste do run to the expensive. So it was only fitting when one of them had this quote put on a personalized coffee mug for my birthday.

“I have the simplest tastes. I am always satisfied with the very best.”

If there is one thing I learned when Kia invited me to stay at the ocean side L’auberge del Mar in Del Mar, California and test out the new 2014 Kia Cadenza; its that in the right set of circumstances I would be more than satisfied with the Kia Cadenza. 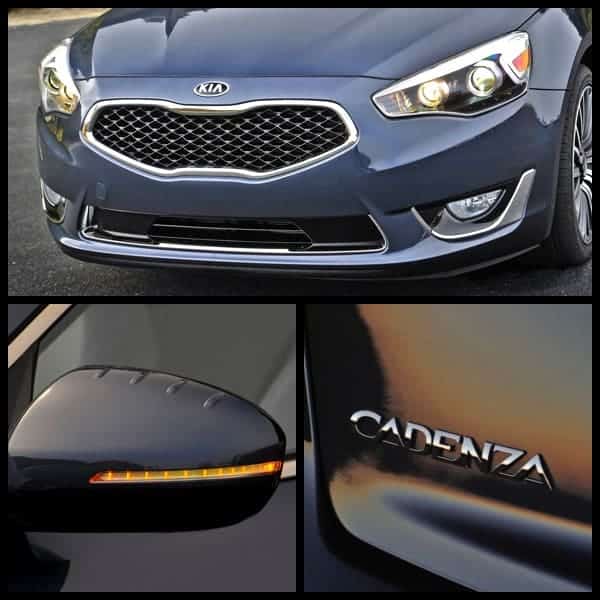 Kia was so confident in it’s car that they really didn’t spend much time educating us about it. Instead, we were in the cars and on the road by 10am to learn everything through first hand driving experiences. They did, however, take the time to stress one thing repeatedly –  with the Cadenza there are no compromises. And while I certainly liked what I had seen of the car so far, a part of me scoffed. No compromises? Yeah right. I had grown up hearing that life was all about compromise. (Although, I never heard that more than the day I got married. But that’s neither here nor there, and I’m getting off topic.) My point is, that I’m just jaded enough to have doubted them.

As I walked down the the steps to the pacific ocean and the line of brand new Cadenza’s waiting below, I had this thought that the sight belonged in one of those car posters. Holding up my camera, I quickly dismissed the idea. Here is the thing about the Cadenza – It isn’t ostentatious. It doesn’t scream “look at me”. It doesn’t have amazing sex appeal. Instead, it blends quietly into it’s surroundings no matter where it’s parked. It just seems to fit anywhere. It looked as comfortable set against the ocean backdrop as it did next to the shiny BMW I parked it beside when we got back.

But once you open the doors to the Cadenza you just know. This definitely isn’t the Kia of the past or even the Kia I’ve come to admire today for that matter (and I do admire them – I own a 2006 Optima). It’s more and it’s different. It whispers luxury with it’s chrome accents, inlaid monologue clock, and a technology package that would make any respectable nerd drool. 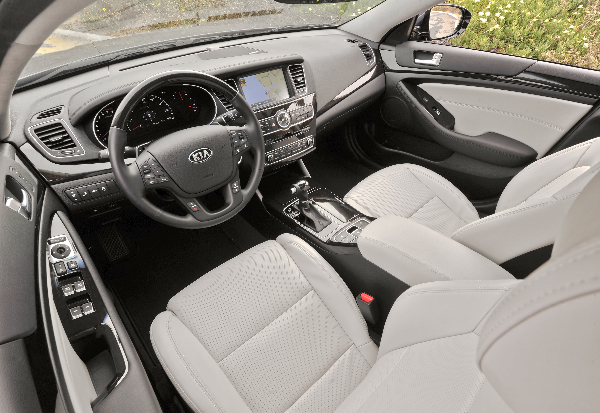 Fortunately for Kia, I can admit when I’m wrong – even if it does make it hard to swallow.  With the Cadenza there didn’t seem to be any compromises. It had everything I dreamed  demanded at a price point I found more than reasonable. It took all of the “wish list” items and put them into their standard package. The Cadenza only comes in ONE trim level, Premium for $35,100. And it really is premium. The STANDARD feature list is endless including features such as leather seat trim with heated front seats, dual-zone automatic climate control with rear seat ventilation, and Smart Key keyless entry with push-button start. 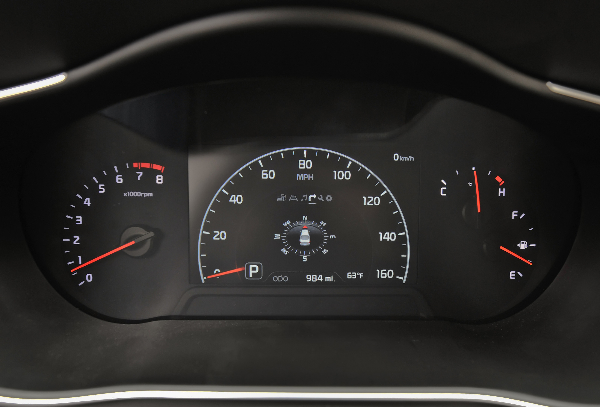 In addition to great tech like the UVO eServices, advanced navigation with SiriusXM Traffic. It has all of the features I’ve come to expect out of Kia’s premium package rolled into it’s standard:

And the sound pumps out of 12 premium 550-watt Infinity speakers – no need for aftermarket sound systems here! The system includes rear surround speakers and a subwoofer. 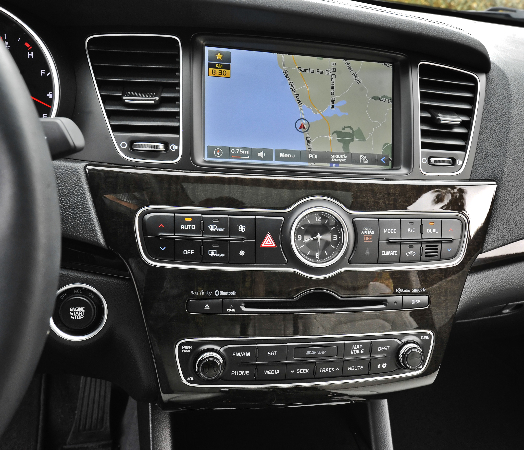 The 2014 Kia Cadenza also has the much appreciated Rear-Camera Display and Back Up Warning System. I’m really happy that Kia added the warning system. In many of the 2012 models I have test driven, the back up warning system was missing and it’s something I had previously wished for. 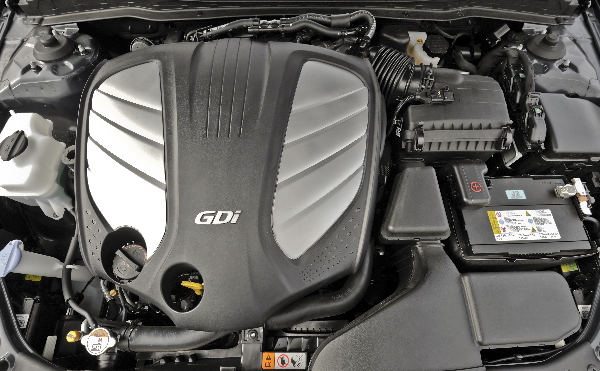 I’m not going to really get into what’s under the hood because frankly, that couldn’t be further from my area of expertise. But just a quick overview for those that are interested:

I DO know that it gets decent gas milage at 19city and 28 highway for a combined 32mpg. I also know that it handled the winding roads, inclines, and elevation changes with ease. The route we took on our extended drive was breathtaking as it twisted and curved through southern California. The car handled well through it all but I was never more impressed than when we came to an unannounced hairpin turn. The car performed exceptionally well  – aside from the sudden momentary fear for my life. 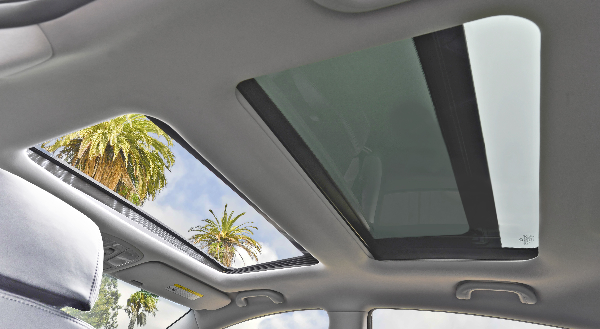 For $41,100, the Technology Package builds on the Luxury Package with 19in alloy wheels, Advanced Smart Cruise Control, Lance Change Assist and Lane Departure Warning System. I found the Lane Departure Warning System to be spot on! Whenever a car came up next to me, or close behind me in the lane next to me a warning light would appear in my side view mirror. If my blinker was engaged, the car would beep an audible warning. While it was a little jarring to have the car beep at me, it was much more pleasant than a blaring car horn.

By the end of the trip I knew I would be recommending the Kia Cadenza to family and friends. While it isn’t quite large enough for my active lifestyle, I can easily see and appreciate everything it has to offer. As a long time Kia owner I have to say kudos to Kia. Not just because I think the Cadenza is phenomenal, but because frankly, I like when a company sets competitors on their rears. I love when they have the audacity to do something so innovative it leaves the rest scrambling to catch up – which I imagine the 2014 Kia Cadenza will do.  When you add up all of the numbers, in order to get the premium content the Cadenza offers from one of it’s competitors, you’re going to pay much more.

Kia covered my travel expenses to come out and test drive the Kia Cadenza. All opinions are my own. Pictures provided by the Kia Photographer.