Shopping for today’s kids isn’t easy. With what seems to be a billion different options lining the toy shelves and even more displayed on virtual shelves, knowing what gift to buy that won’t end up at the bottom of the toy box is more challenging than ever. Our helpful gift for kids holiday gift guide features a mixture of classics, tech-free and high-tech toys that kids will love well past next Christmas. 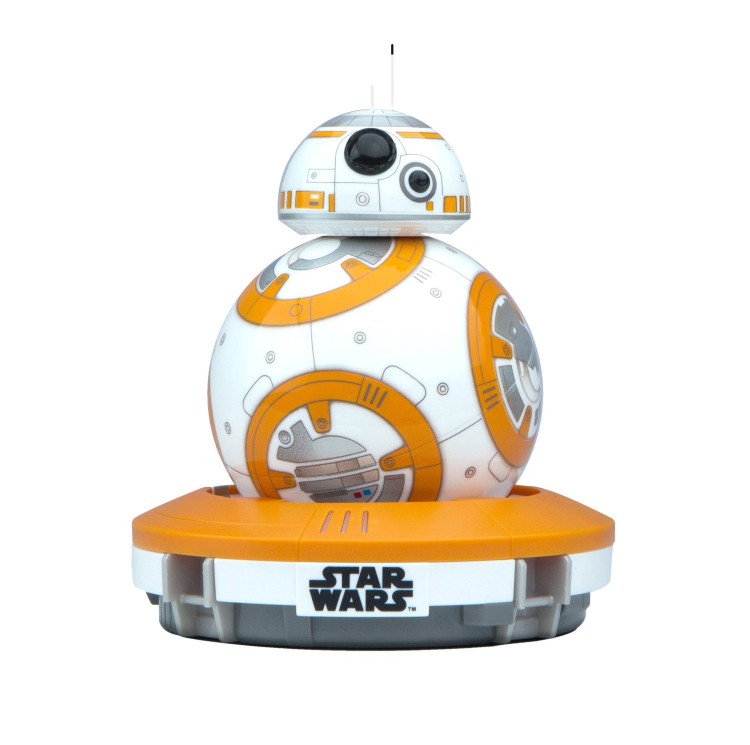 Retail Value $149.99
The release of the latest Star Wars film is just weeks away and it has us obsessed! Growing up we always wanted an R2- D2 but unfortunately technology just wasn’t there yet. Kids these days will never know how good they have it now that they can have their own BB-8. This app-enabled Droid is unlike any other robot. It has an adaptive personality that changes as they play. Based on their interactions, BB-8 will show a range of expressions and even perk up when they give voice commands. Young Jedi’s can set it to patrol, make up your own adventure and guide BB-8 theirselves, or even create and view holographic recordings. 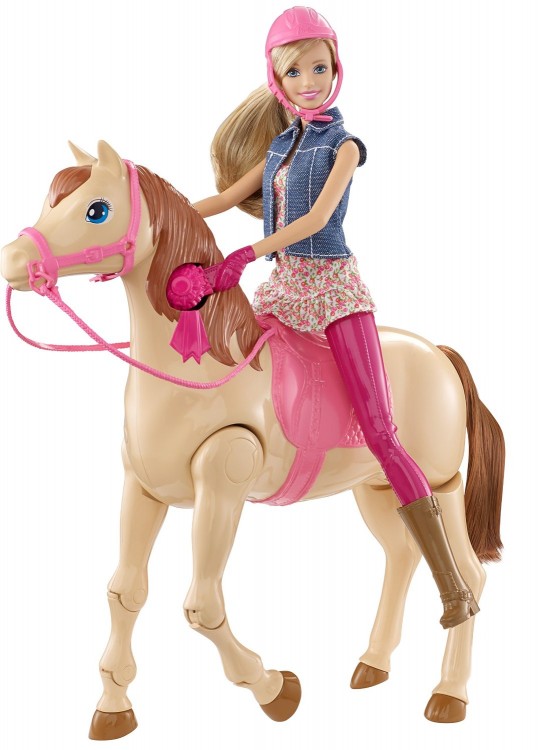 Retail Value $44.99
Toys these days are not what they used to be. Remember when barbie used to set awkwardly astride her house while you galloped it across the kitchen table grassy plains? Not anymore. With simple setup and activation, Barbie swings herself up onto the horse where she rides astride as the horse starts walking on her own. 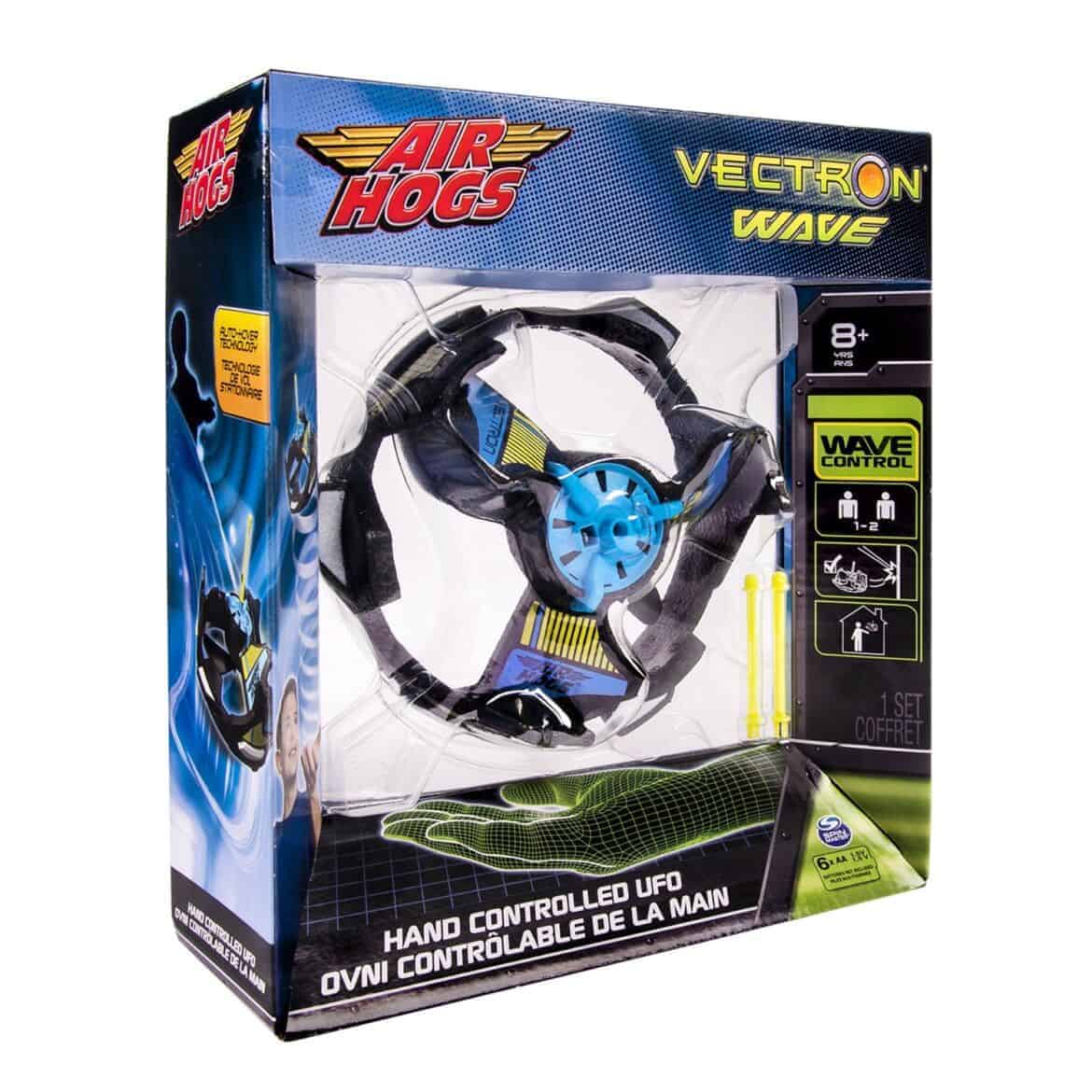 Retail Value $24.99
The Air Hogs Vectron Wave is like a junior Jedi’s best friend. This hovering ‘UFO’ works without a remote control, instead kids command its flight with a wave of their hand. Or if the force is strong, they can use more advanced moves like feet, knees, and even shoulders. Kids can also use the catch sticks to toss it with a friend. 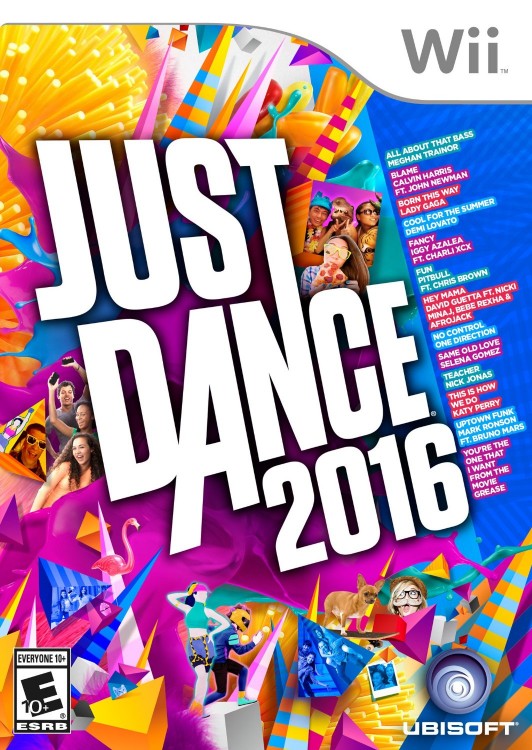 Retail Value $39.99
No list would be complete without one of our favorite family games, Just Dance 2016! The latest version comes with 40+ new tracks including “Uptown Funk” by Mark Ronson Ft. Bruno Mars and “All About That Bass” by Meghan Trainor. However, one of our favorite features is that you can now use your smartphone as a controller to track your moves for systems like Xbox One and PS4, eliminating the need for accessories like Camera or Move. 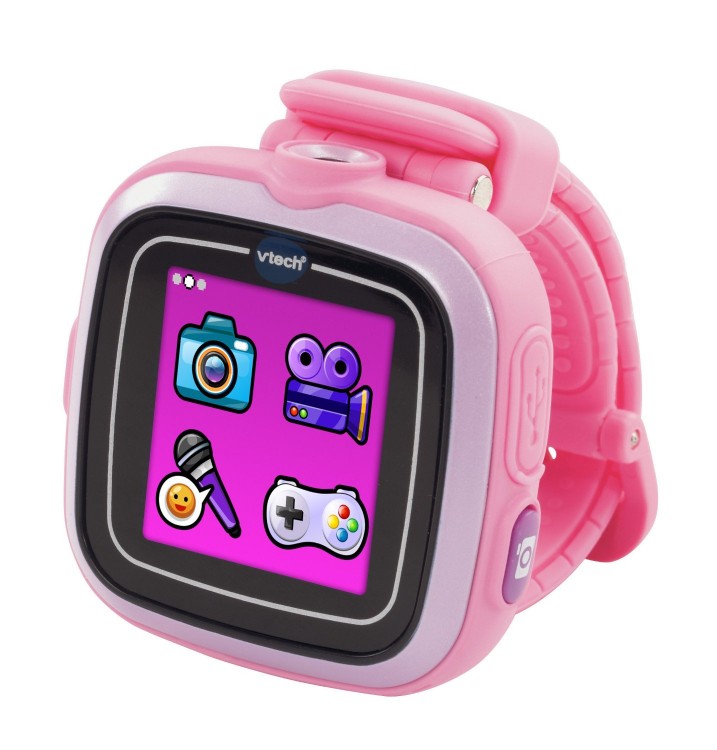 We received the VTech Kidizoom Smartwatch last summer and it’s still something my daughter uses often. This fun smartwatch features a camera, games, voice recorder, stop watch and of course, tells time. The Digital and analog displays feature more than 50 clock face designs allow kids to customize the smartwatch to their preferences.

Retail Value $19.99
Building block sets like Mega Bloks are one of the ultimate toys. They’re educational in so many ways, they can be played with for hours on end solo or with friends. So what happens when you marry a toy like Mega Bloks with another free-play toy, like cars? You end up with the awesome Mega Bloks Hot Wheels Super Race Set. The set comes with instructions to build up to eight mini-cars with the assorted pieces then put the sweet speedsters to the test in an epic raceway showdown. Once you have mastered the first 8 kids can mix and match the pieces to create their own customized cars. 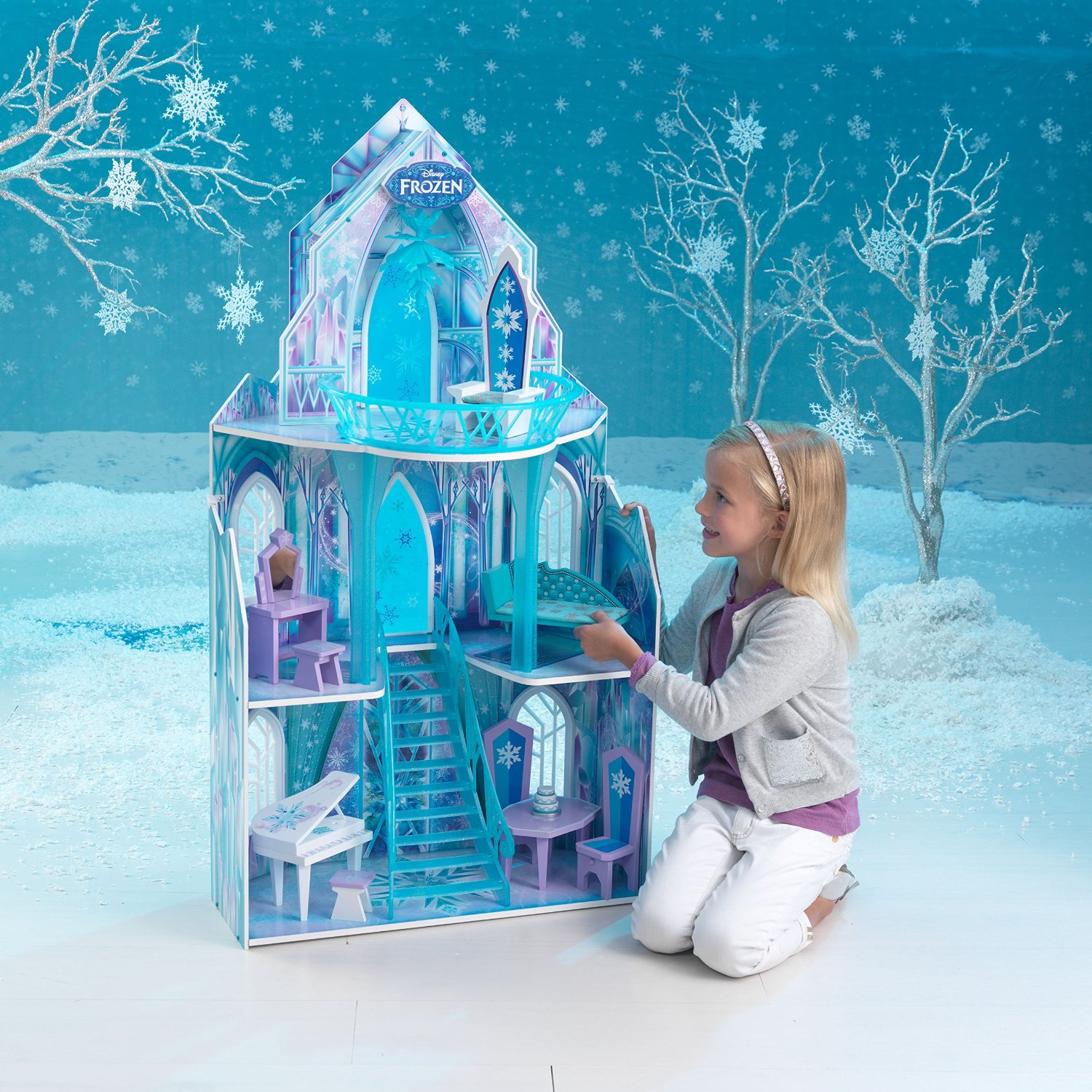 Retail Value $119.99
One year later and Frozen is still all the rage, topping many toy list this year is the Disney Frozen Ice Castle Dollhouse. It features 11 pieces of furniture (including an ice throne and chandelier!), Elsa’s iconic staircase and four rooms of open space. The best part of the doll house is that it works with all Barbie size dolls.

You know how sometimes you see something that’s so ugly it’s actually kind of cute? Meet the Ugly Snuglies, whose claim to fame is exactly that – these super fun, super soft, oversized stuffed animals that are so ugly, they’re cute! There are 6 characters in all: Rowdy Rabbit, Krazy Kitty, Porky Panda, Unusual Unicorn, Pouty Pig, and Bizarre Bear and each one has surprise inside. Depending on which Ugly Snuglie you chose, they feature glowing lights (great for kids afraid of the dark),  blankets (perfect for sleepovers), zipper pockets, radios and more.

Qixels are one of our favorite tech-free, indoor activity for kids this holiday season. This creative activity set inspires kids to use their imagination with tiny cubes that fuse together with a blast of water to create an 8-bit world of monsters, warriors, ninjas and more. Kids can create designs using helpful guidebooks or use their imaginations to create something completely new. 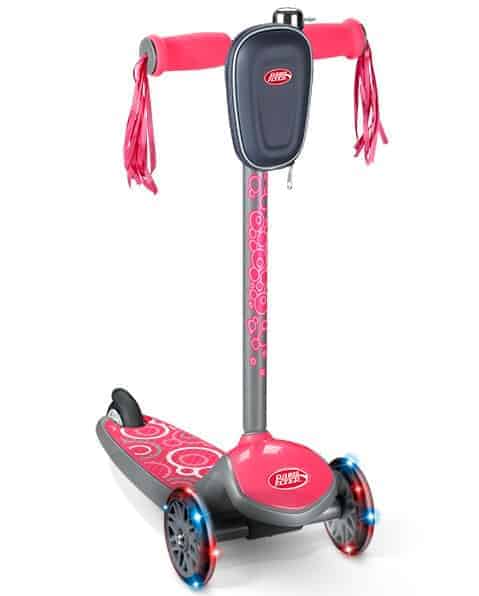 If there is one thing kids love, it’s something customized especially for them. My daughter has a unique name and it’s almost impossible to find it engraved on anything, which is why we love customizable toys. The Build-A-Scooter from Radio Flyer is no exception. Kids can pick a color (blue, red, pink or purple) and graphics. Then add features like light-up wheels, a storage bag, streamers and a bell. Finally, they can personalize it with their name. The scooters start at $49.99 and if you decide to add all the bells and whistles they retail for $89.99. 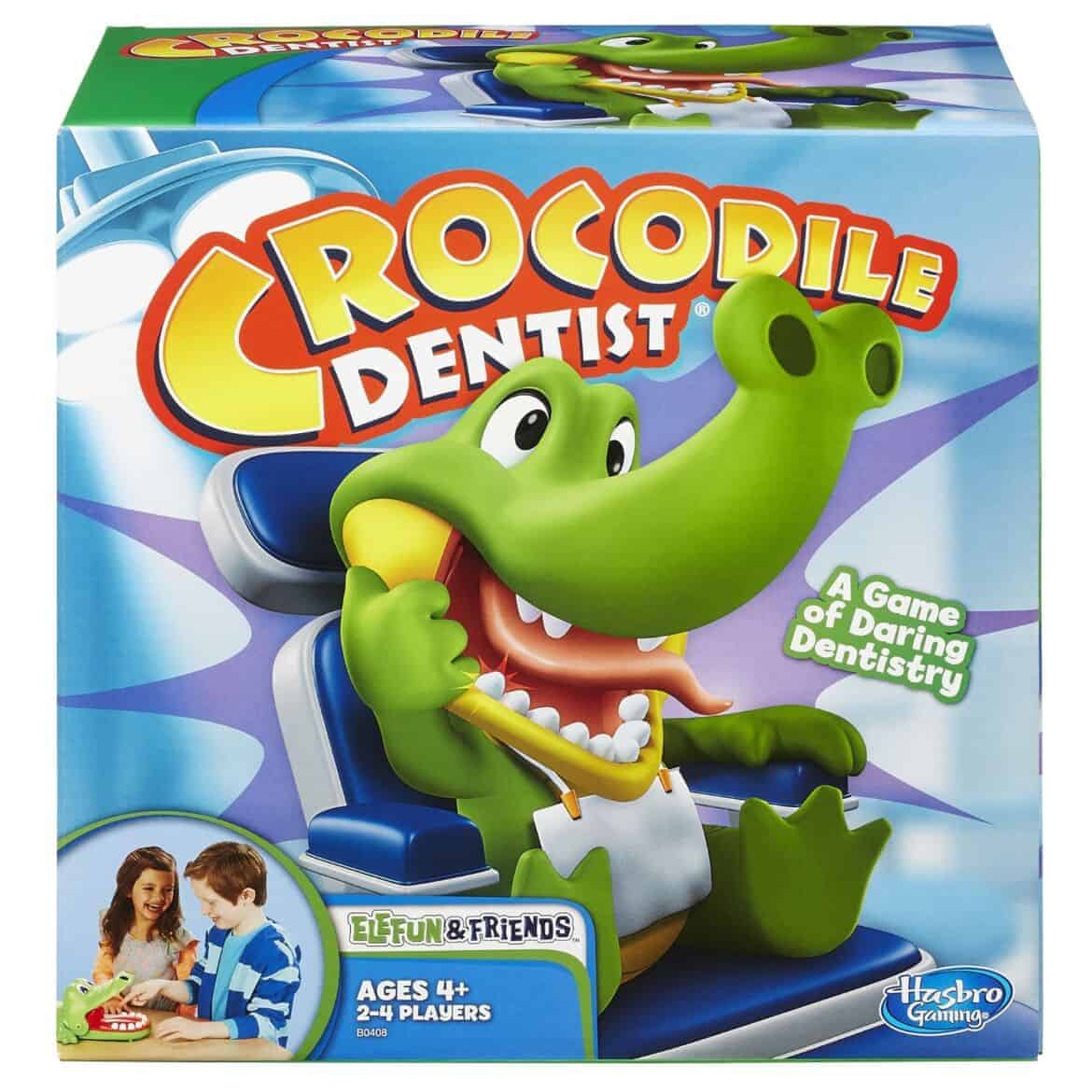 This is one of those games both kids and parents love for a lot of reasons. The game is simple, each person takes a turn pressing down on one of Jock Croc’s teeth. Hit the wrong tooth and ol’ Jock Croc is going to CHOMP and you’re out of the game. Be the last person to press down a “safe” tooth and you win the game! Kids love it because they seem to think it’s absolutely hilarious when someone gets chomped, whether it’s them or mom or dad – which means even losing is fun. Adults love it because the rules are simple enough kids can play together (on their own!), up to four people can play and there are never any squabbles or sad losers. Basically, it’s an all around win. 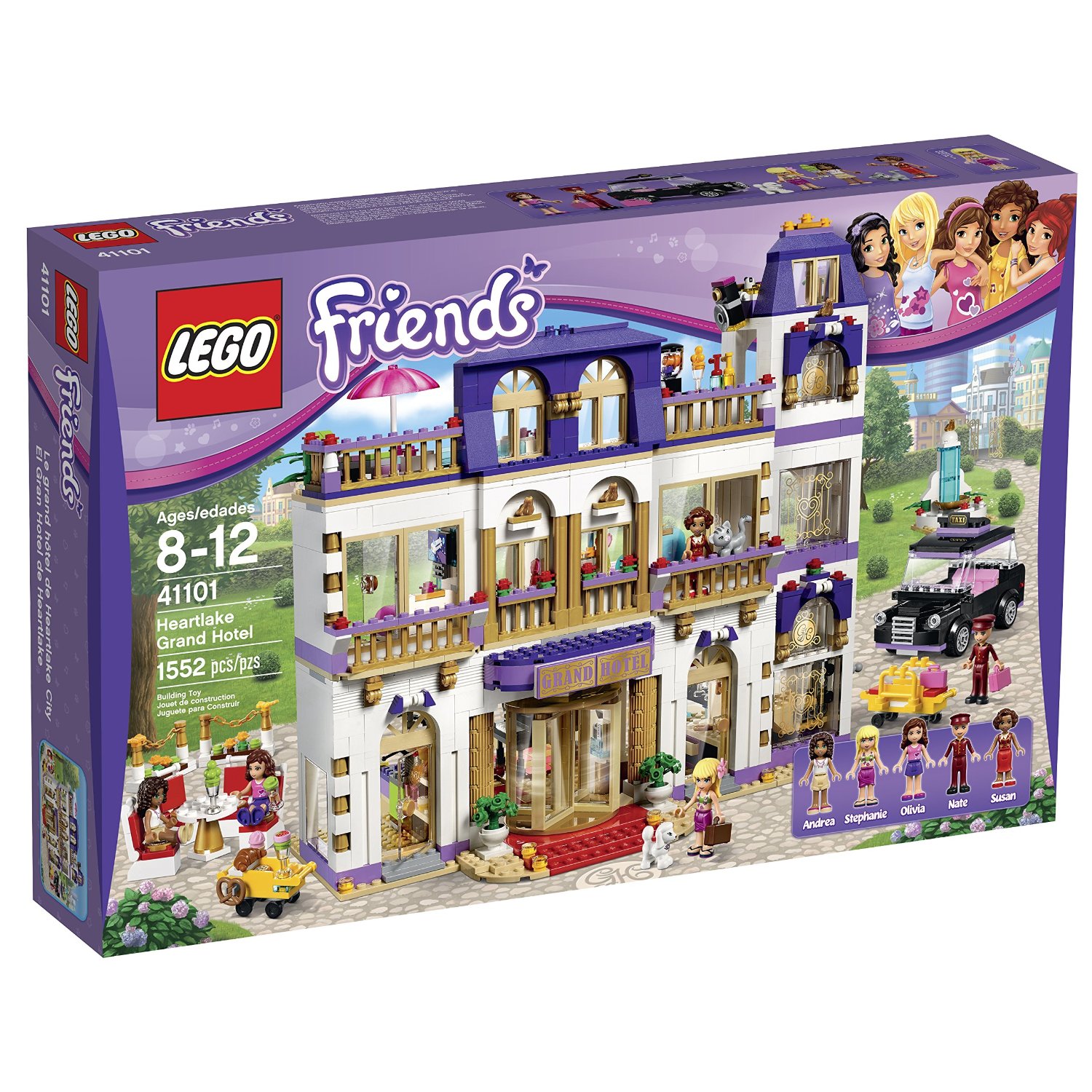 LEGO sets designed with girls in mind are becoming increasingly popular, and judging by the Heartlake Grand Hotel, increasingly epic. This LEGO hotel is truly grand with over 3 stories, an elevator, lobby, 2 bedrooms, rooftop pool, taxi, 5 LEGO Friends mini-dolls and yes, much, much, more. There are a total of 1552 pieces with little details kids will love like sliding glass doors, computers in the lobby, microphones in the music area and even an ice cream cart. 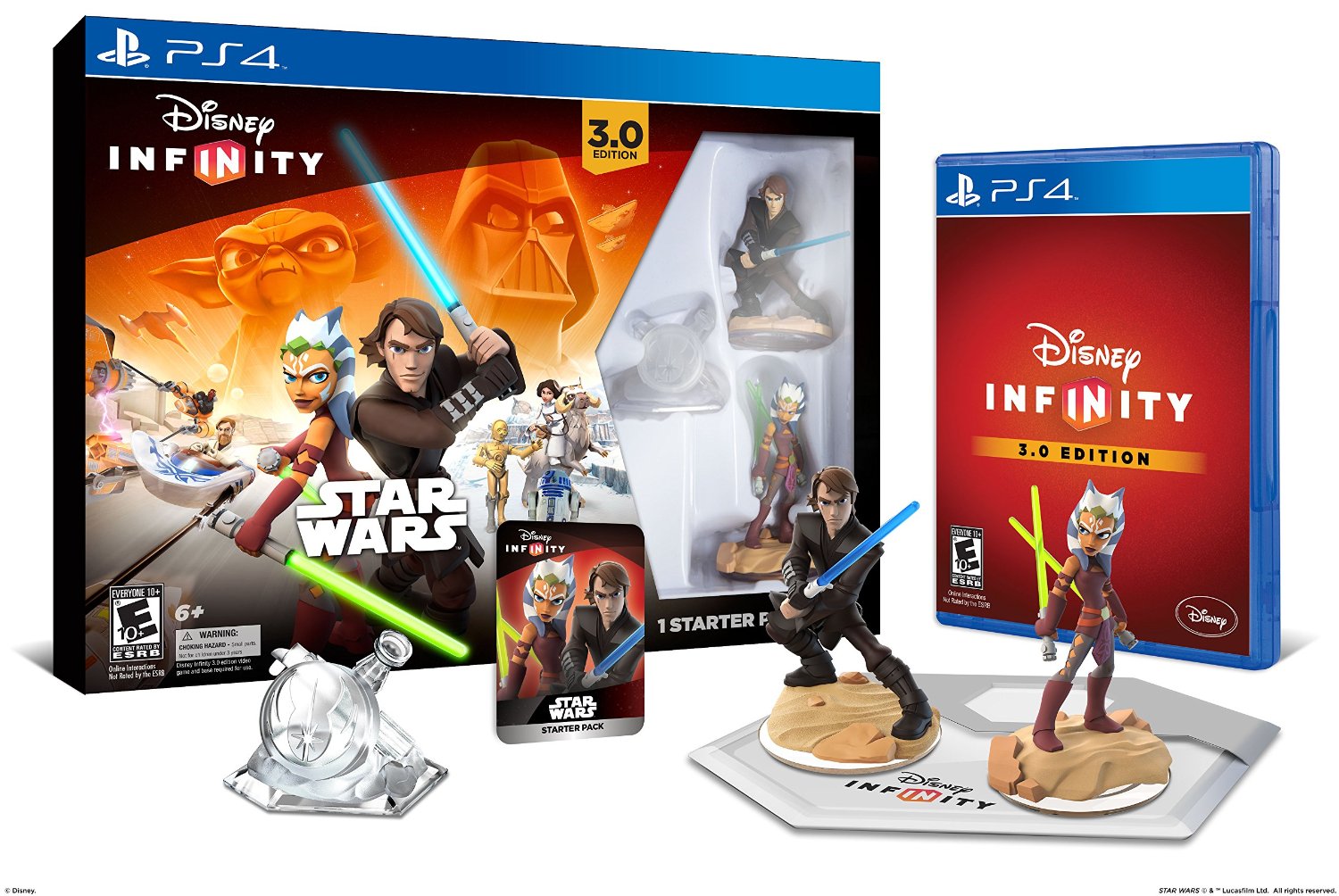 No list would be complete without Disney Infinity 3.0. This increasingly popular gaming concept merges real, touchable toys with virtual gaming. Plus, you can now add Star Wars to the ever-growing collection of MARVEL, Disney and DisneyPixar characters, stories and worlds. Kids can play in an open-world creation or with story-driven gameplay inside Play Sets. They can even mix and match characters (who hasn’t wanted to see Darth Vader face off against a Marvel Superhero?), giving them the ultimate control.

Surf and Sunshine has been provided with some of the items in this gift guide in order to share them with you. All opinions remain our own.