Have you always dreamed of owning a beautiful waterfront home, tucked away on a quiet island in the south? Imagine it, a fully furnished, waterfront paradise with jaw dropping interior design by Brian Patrick Flynn. Yeah? Me too. Which is why I’ve been entering the HGTV Dream Home Giveaway® 2017 daily since I had the unique opportunity to visit last month.

If this is the first you’ve heard of it (what planet have you been living on?), the folks at HGTV have once again designed an incredible million dollar dream home to give away along with a variety of other items with this grand prize. 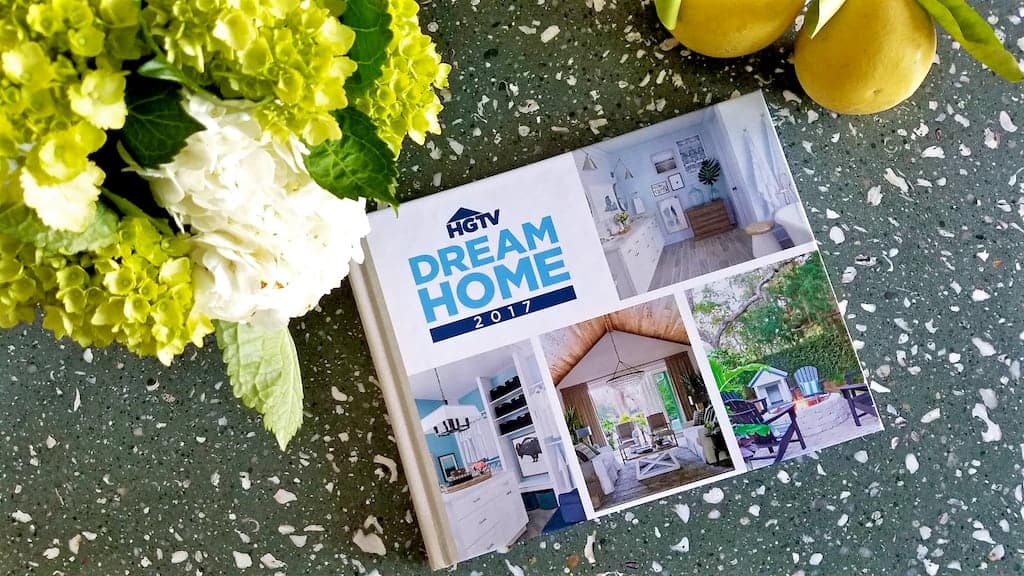 Since its beginning, HGTV has given away 20 Dream Homes, and this year will be its 21st with a grand prize package valued at over $1.7 million! This jackpot sweepstakes first started in 1997, and in its years giving away one amazing dream home after another, HGTV has featured homes in beautiful locations such as the mountainous Jackson Hole, Wyoming; along the oceanside in Camden, Maine; in the magnificent Martha’s Vineyard; in the famous ski resort city of Winter Park, Colorado, and a variety of other breathtaking locations to create the perfect setting for these incredible residences. In 2016, HGTV created a stunning coastal retreat in Merritt Island, Florida. There were over 127 million entries, and the winner was plucked from all of those to win the house, a new GMC Acadia Denali®, $250,000 in cash prizes, and a new boat! 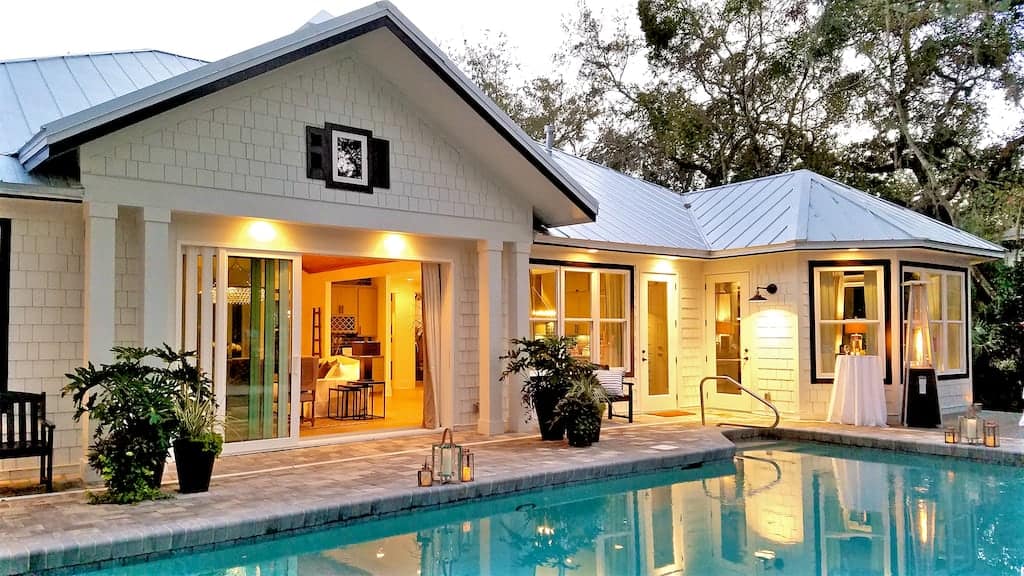 This year, HGTV is giving away their dream home in St. Simons Island, Georgia. In addition to the residence and all its furnishings, the grand prize package includes a new Honda Pilot and $250,000 cash prize provided by national mortgage lender Quicken Loans®. I had the opportunity to tour the home and before I put together a tour and shop the look article for you, I wanted to share a bit more about the area with you first since it seems to be a place not many have heard of. Chalked full of history, St. Simons is the largest island of what is known at the Golden Isles. Nestled along the coast of Georgia and stretching about 100 miles along the sparkling Atlantic Coast, The Isles consist of four barrier islands and Brunswick, the mainland port city. 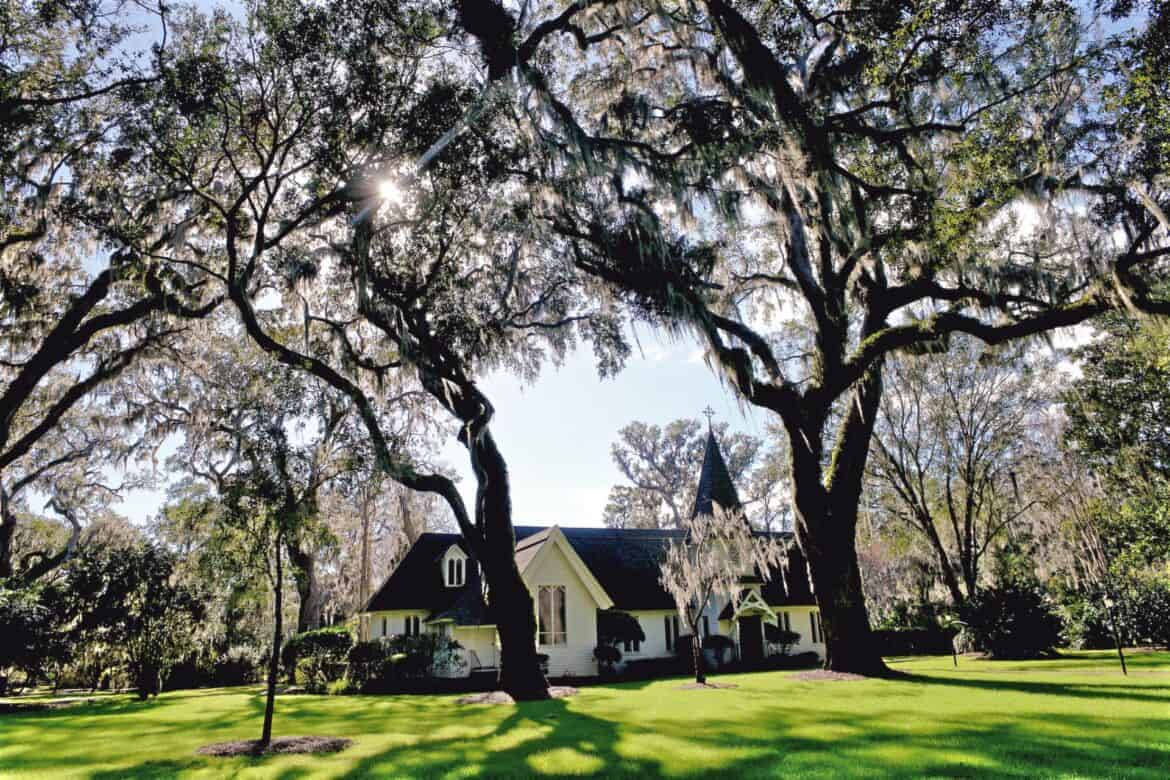 Originally named San Simone by the 16th century Spanish explorers, St. Simons Island is a picturesque place where mossy oaks shade the streets and the famous poet, Sidney Lanier, wrote about the beauty of the open salt marshes in Glynn County. The American author Eugenia Price was also raised in St. Simons where it provided her the inspiration for historical books based upon the south. Like many surrounding southern states, it has a long history pockmarked with scars of power struggles and the remnants of cultural evolutions that have changed with the passage of time. Many maritime and military artifacts have been left behind and remain a constant reminder of the events that have shaped the state making it a fascinating place to live. 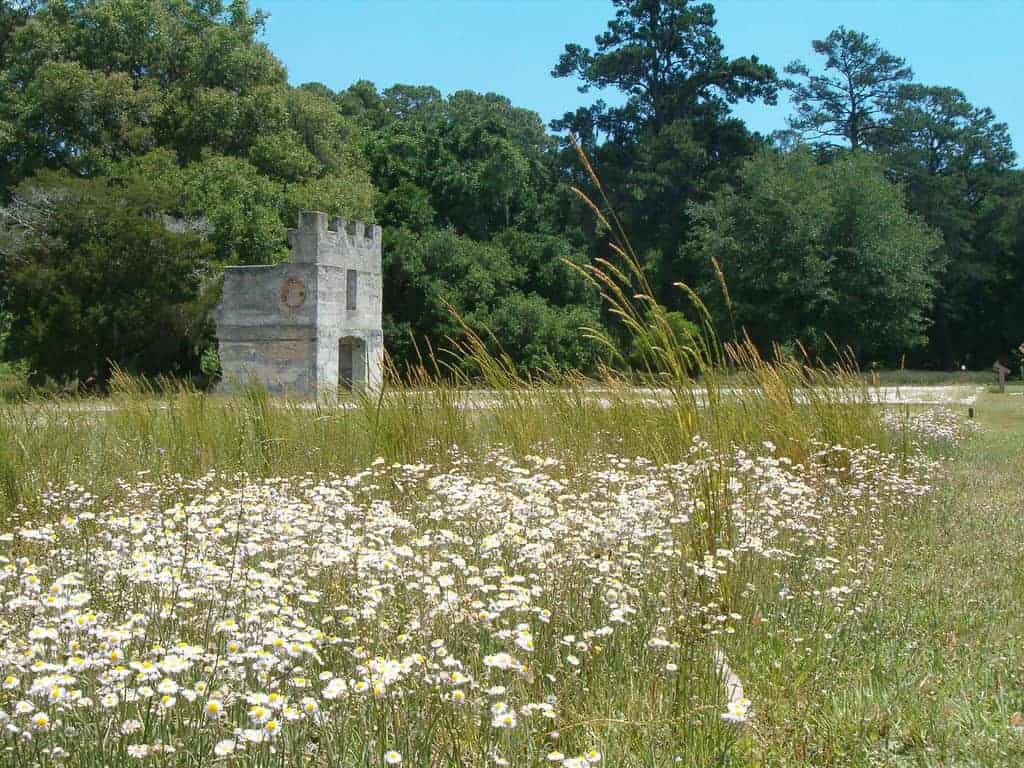 In the early 1700s, Georgia was a place of constant battle as the Spanish and British fought over control. Fort Federica proved to play a major role in establishing Georgia as a British Colony. In 1736, in order to protect the southern border, James Oglethrope began constructing the fort along with 44 men, 72 women, and children in tow that arrived to help erect the barrier. Within a few years, the fort was a thriving epicenter that welcomed colonists from around the world. When the Spanish came calling in 1742, the troops of Fort Federica fought them off in the Battle of Bloody Marsh, and Georgia remained in control of the British. The Fort still remains today as a reminder of Georgia’s long fought history.

One of the major identifying structures is the St. Simons lighthouse which is a working lighthouse that was built in 1872, and it remains as only one of five surviving lighthouses in Georgia. Its beautiful Victorian architecture has held up through the years, and its beacon can shine out over 23 miles into the surrounding waters. Visitors can still climb the 129 steps to the top where they can gaze out over the sea and neighboring islands.

As the culture of Georgia developed, many families and individuals made their mark on the area, and the Hofwyl Broadfield Plantation is a historical site built by one determined family. In the 1800s, William Brailsford created a rice plantation along the Altamaha River and worked to keep the plantation running. Even when the civil war began, they stay dedicated to keeping the plantation running. Eventually, the fifth generation siblings of the Hofwyl Broadfield Plantation were forced to face the fact that the plantation was no longer viable, and they would lose it. However, instead of selling or walking away from the decades old plantation handed down through generations, they decided to turn it into a dairy farm. This risky change allowed the family to keep the plantation. In 1973, the last heir left the plantation to the state of Georgia in hopes of preserving her family’s legacy and the years of work that supported their family and the state. Today, there is a museum and guided tours to experience what plantation life was like in Georgia. 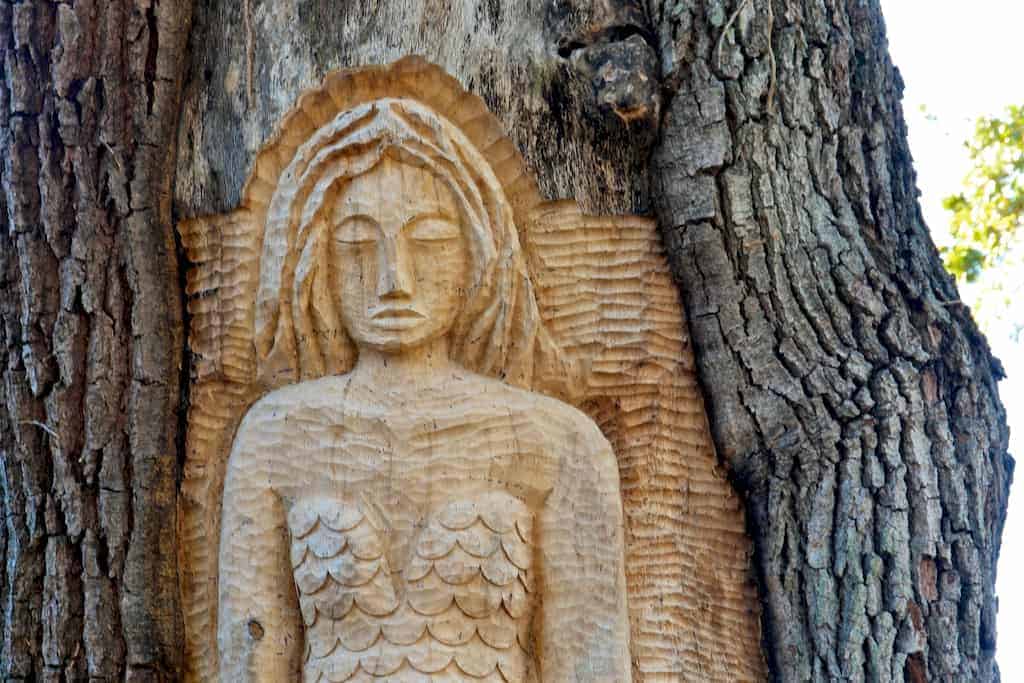 As you travel around St. Simons, keep your eyes open for tree spirits! Over 30 years ago, the artist Keith Jennings, carved elaborate and startling faces in the oak trees around the island. There are over 20 trees that have these beautiful and fascinating carvings. Some say that the haunting faces represent the faces of sailors that lost their lives sailing the seas in ships made from oak trees around the island. However, Keith has stated that his carvings are depictions of the spirit of the trees, and while he carved, the tree guided him into creating each unique face.

Should you ever visit the area and want to get a complete tour of the historic sites and the tales behind them, I can highly recommend St. Simons Colonial Island Trolley Tours. Locally owned and operated, Captain Rod is passionate, humorous and deeply rooted in the area making his trolley tour a great way to see the island and truly get the knowledge from a local.

Stay tuned for my complete tour inside the home with details on how you can recreate the look of your favorite rooms. In the mean time, don’t forget to keep entering daily for your chance to win at HGTV.com and DIYNetwork.com.

HGTV hosted my visit to St. Simons and have sponsored this post, but my opinions still remain 100% my own.