How many times have you sung Call Me Maybe into your hairbrush? No judgement, we have all been there. Way back in 2012, the Biebs tweeted about the song Call Me Maybe, and we were all hooked.

I recently had the chance to see Carly live, in my first Carnival Live concert ever. Aside from being front row, “in the pit”, this performance was given while cruising the Pacific Ocean off the coast of Mexico… I mean, come on. Could you ask for a better venue? 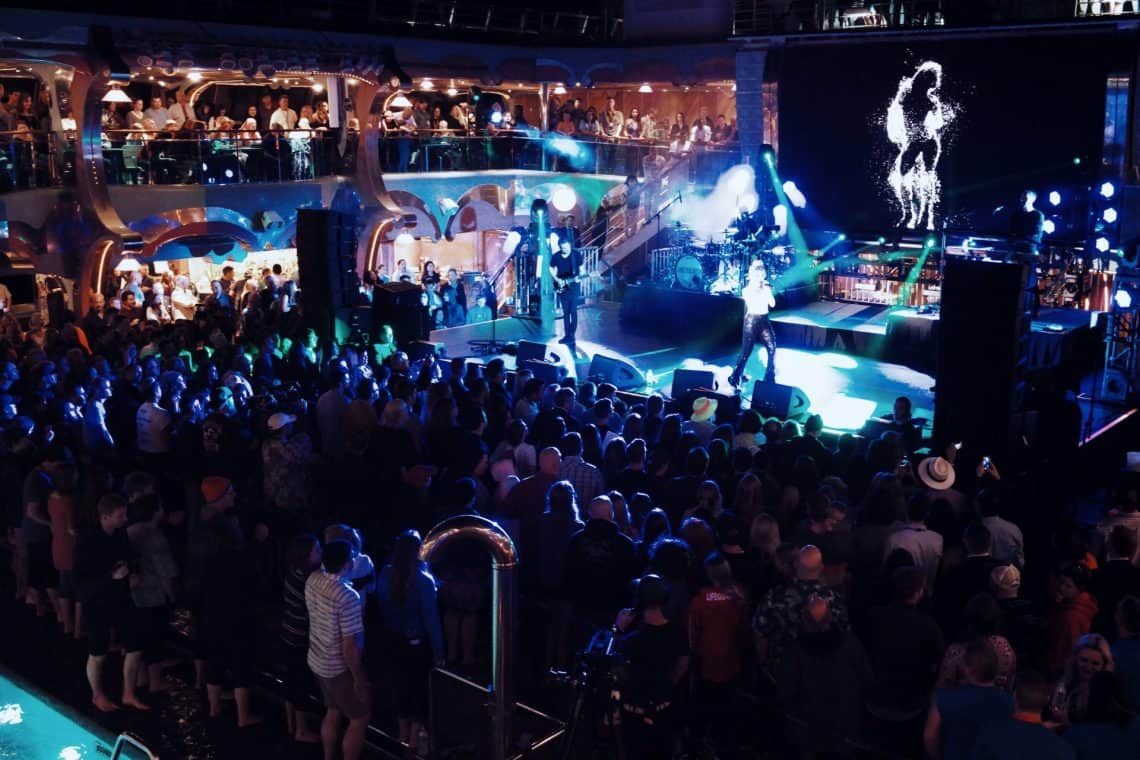 Talk about an intimate setting – just you and a some fellow cruisers enjoying an awesome concert while on vacation (totally included, of course!). I’ve heard these are usually done inside, but I loved that they chose to have this one out on the Lido deck.

Seriously one of the coolest experiences I’ve ever had on a cruise ship! She was so sweet and interactive with her fans. I may not have been a Carly fan before this trip, but I certainly am now.

But getting back to my story, Carly Rae Jepsen’s sweet and fun-loving vocals have had us all singing along in the mirror. This Canadian cutie has come a long way from her British Columbia roots, and it seemed she has always been destined for a singing career. 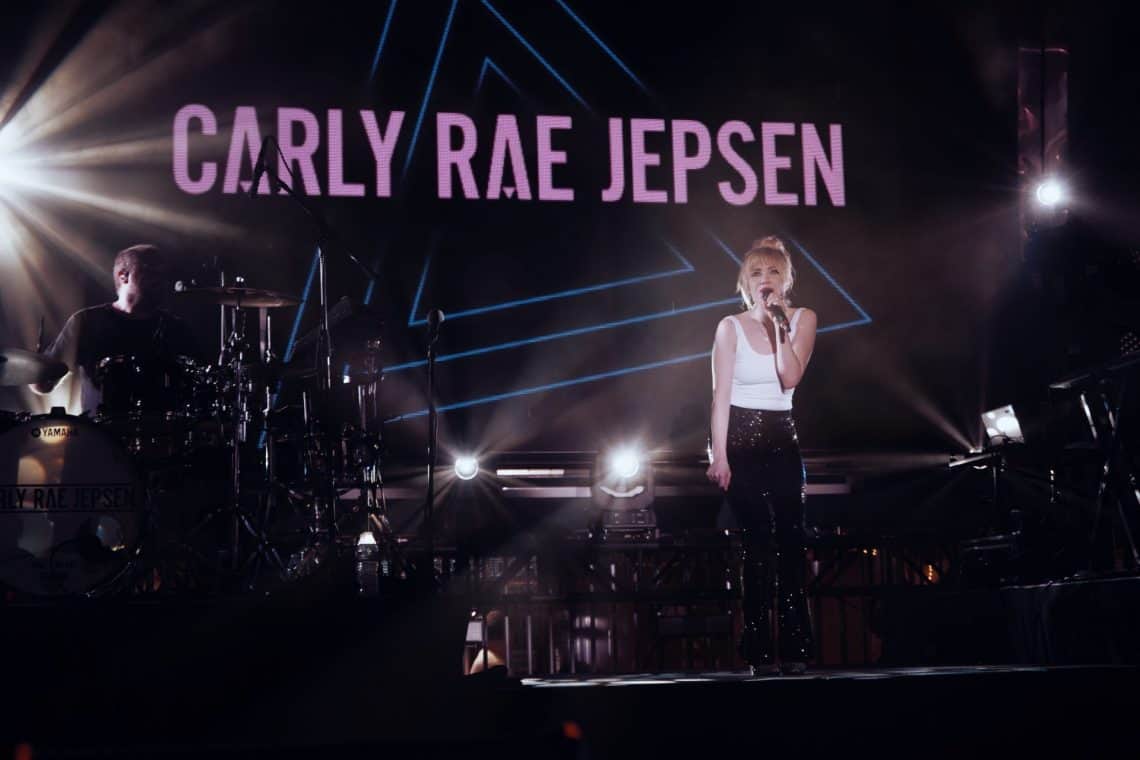 As a high school student, Jepsen performed in multiple musicals including Annie, Grease, and The Wiz (she was the lead in all three of these!). Her talent was apparent, and her high school drama teacher talked Jepsen into auditioning for the Canadian College of Performing Arts in which she earned one of just 25 spots in the year long program.

FunFact #1: Jepsen said her fallback career was being a music instructor since both her parents and her step parents were all teachers.

Afterwards, she moved to Vancouver to continue to chase musical pursuits. Jepsen would also bartend at a bar called the Media Club where she once got to see Sia perform, completely unaware that one day they would collaborate with each other.

Fun Fact #2: Carly lived on a friend’s pull out couch while working as a barista and pastry chef assistant at Trees Organic Coffee and performing at open-mic nights.

Eventually, Jepsen would be persuaded to try out for Canadian Idol by the same drama teacher that had encouraged her to audition for the Canadian College of Performing Arts. Jepsen stood out with an original composition called “Sweet Talker” and managed to grab third place. 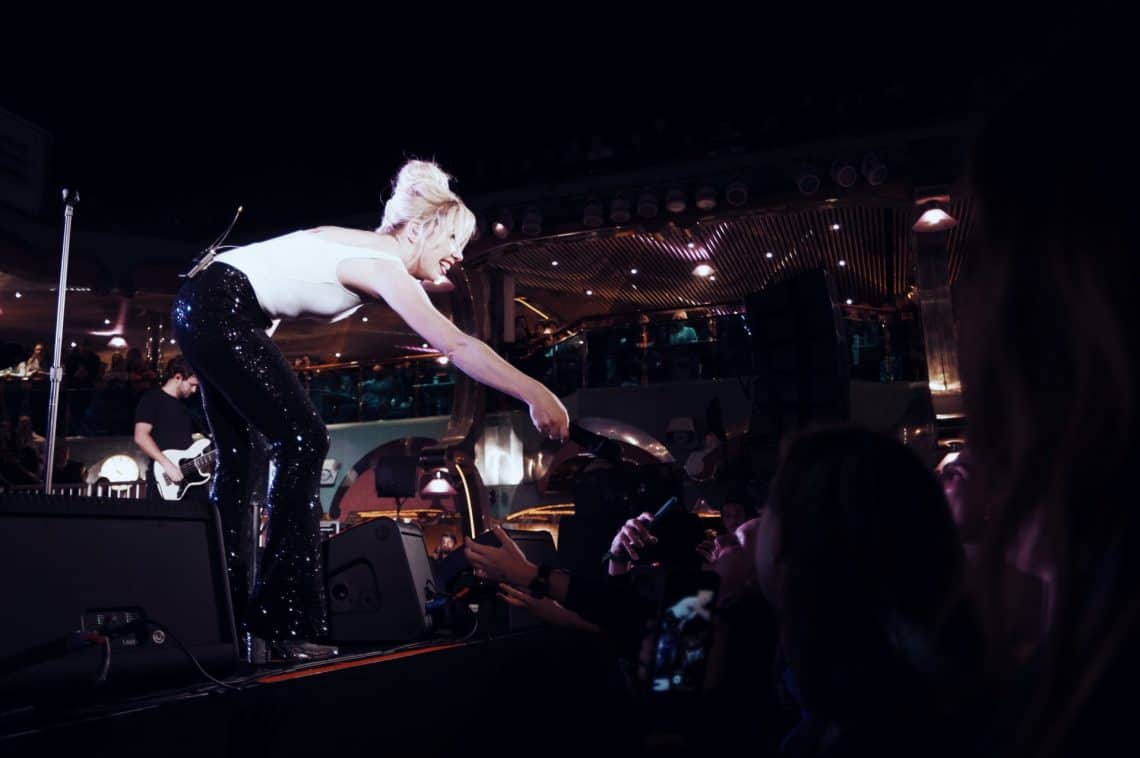 This lead her to the manager Jonathan Simkin, that signed her to 604 Records that same year. By 2008, Jepsen released her first album Tug of War and the first single was a cover of John Denver’s Sunshine on My Shoulders. However, just because she was getting airplay didn’t mean she was raking in money.

Fun Fact ##: Jepsen admitted in an interview that she once had to play on the street just to make some extra cash to pay her electric bill.

Her perseverance paid off, and two of her singles from the Tug of War album made it in the top 40 of the Canadian Hot 100. She began touring Canada, and by 2011, Jepsen was ready to start making album number 2 which would include the hit Call Me Maybe. 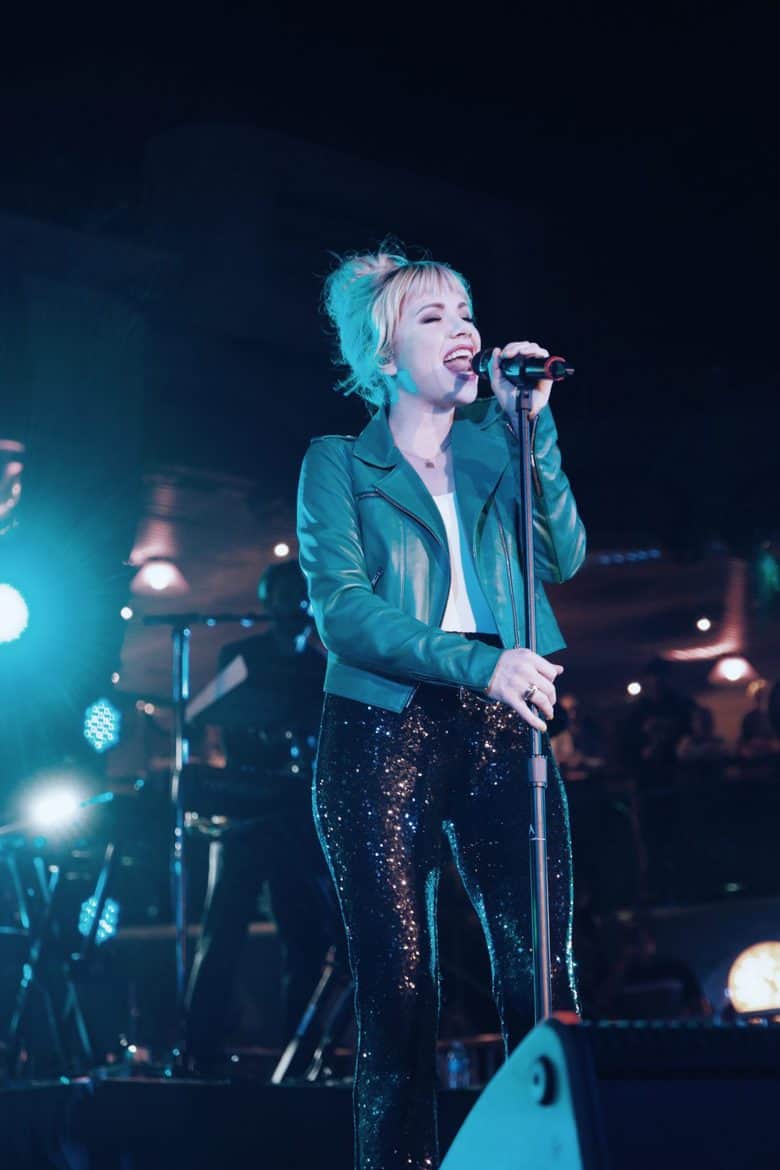 The song was released in Canada in September 2011, but it wasn’t until Justin Bieber tweeted about the song in January 2012 that it picked up momentum in the U.S. Then, when a video went viral of Justin Bieber, Selena Gomez, and Ashley Tisdale lip-synching to the song, people in the U.S. went crazy for Carly Rae Jepsen.

Fun Fact #4: Carly made her first appearance on U.S. television on the Ellen show with Justin Bieber, and audiences immediately loved the spunky singer.

Jepsen had a quick rise to stardom in the U.S. with her hit song, but she has proven that she is much more than just that one catchy tune. She has continued to show off her talent with TV appearances, her third album Emotion which was released in 2015, a stint as Cinderella in the Broadway production of Rodgers and Hammerstein’s Cinderella, and the role as Frenchy in Grease Live.

Fun Fact #5: Jepsen was also the opening act for the North American leg of Katy Perry’s Witness: The Tour.

This talented musician has blossomed into a household name and continues to do so much more than just churn out pop songs. Carly Rae Jepsen has continued to surprise audiences with her range, and now, we are all anxiously awaiting the arrival of her fourth album, reportedly due out in early 2018.

Interested in catching a concert at sea yourself? It’s definitely a bucket list experience that not many fans can say they’ve done! Check out the Carnival Live page to see who’s up next!

I was hosted by Carnival, but all opinions remain my own.