Created by JJ Johnson Annedroids, an Amazon Studios’ original kids series, made it’s Prime Instant Video debut on July 25th. The series Annedroids is a science based-action adventure series that follows eleven-old genius and kid-scientist Anne, who has invented and built her own amazing androids, and her friends and kid assistants Nick and Shania. 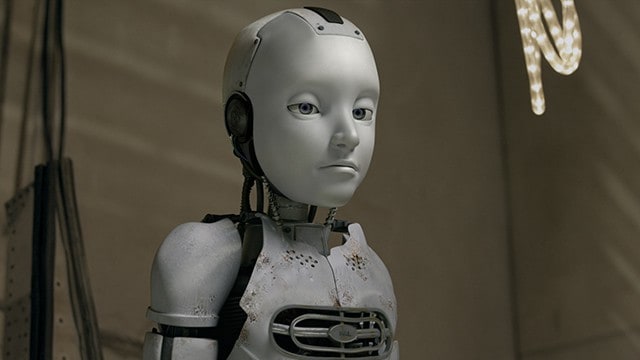 At first we meet Nick. He is the new kid on the block who unenthusiastically moved here with his mom and isn’t thrilled in the least. He is quickly introduced to this neighbor Shania (Adrianna Di Liello) when she accidentally throws a baton in his yard during a gymnastic routine. It’s quickly obvious that Shania is outgoing, vivacious, dramatic and a bit bossy (we mean that in the best way)!  It takes a bit longer to meet eleven-year-old genius and kid-scientist Anne (Addison Holley). Through a rather interesting chance meeting the three quickly become friends and thats when Nick and Shania discover Anne’s secret: her androids.  Instant friends, the trio become inseparable and over the summer they gather together to make scientific discoveries while undertaking the biggest experiment of all: growing up.

Like all of Amazon Studios‘ children’s programs, Annedroids was tested to ensure it develops creativity and it’s goal is to not only inspire lifelong learners, but also to provide children with the skills that will help them find personal and professional satisfaction in their future. As a parent that’s a respectable goal by me!

If I had one complaint it’s that occasionally the quest to share educational content is a bit obvious but for the most part it’s worked well into the story line. Over all the show is everything discerning parents look for in a kids show. I love that it encourages girls in the STEM field and as a mom I love that it’s family friendly, diversity in all manner of ways, and educational.  Even better it’s an educational kids show that won’t drive mom up the wall. More  importantly my four year old found it fun, interesting, relatable and she was engaged in Annedroids.

You can also check out the other two Children’s Series Amazon Studios released earlier this summer: Tumble Leaf  is a new series encouraging creative scientific discovery and Creative Galaxy is an interactive art adventure for preschoolers.