Fret not, Marvel fans. A sophomore slump is the last thing writer-director Joss Whedon needs to worry about, as his highly anticipated sequel Avengers: Age of Ultron takes almost painstaking effort to maintain and perhaps even surpass the momentum of its gargantuan 2012 predecessor. The pressure’s on for good reason: The Avengers isn’t just the most successful comic-book adaptation of all time, it’s the third highest-grossing film in history. Its unprecedented success serves as a fulcrum for the increasingly top-heavy Marvel movie franchise, and can be attributed largely to the undeniable charisma of its title superheroes.

In addition to their individual talents, these action dynamos also showcase wildly disparate personalities that lend themselves perfectly to Whedon’s signature wit and knack for ensemble play. Luckily, the gang has returned armed and ready with the same nifty moves and wisecracking banter that makes their affable chemistry tick, but this time it’s the surprising emotional heft that lays proper groundwork for the series’ next phase. 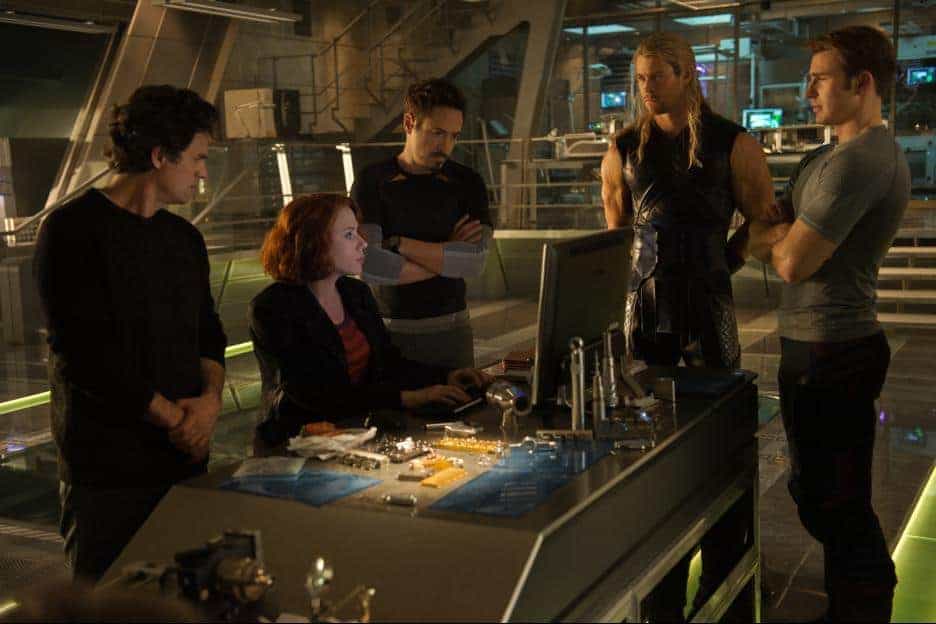 It’s been seven years since Marvel launched the first installment of an incredibly ambitious and intricate cinematic strategy that’s expanded concurrently with every new box office dollar. Iron Man kicked things off in 2008 with enough neck-snapping verve to drive momentum for subsequent Captain Americaand Thor films, weaving a vast narrative web so tight even the comparatively underwhelming Incredible Hulk couldn’t slow down the demand. By the time formerly peripheral figures Black Widow (Scarlett Johansson), Hawkeye (Jeremy Renner) and a recast Hulk (Mark Ruffalo) finally rounded out the Avengers lineup, Marvel had generated such communal vigor for these characters and their contemporized stories it seemed inevitable for the series to reach a fever pitch.

It’s fitting, then, for Whedon to close his chapter in the Avengers canon while he’s still ahead, exploring poignant themes of love, loss, regret and hubris alongside typically bombastic, world-saving mayhem that might otherwise diagnose Ultron with a major case of superhero fatigue. The opening sequence is a delightful doozy, pitting all six Avengers in a funny and frenetic raid upon last remaining Hydra agent Baron Strucker’s Sokovian compound. It’s undeniably thrilling to watch the team work together so seamlessly from the jump, and a wise move on Whedon’s part to remind audiences what they’re paying for in the first place.

Robert Downey Jr.’s tech whiz Tony Stark, the group’s de facto leader whether in or out of his Iron Man suit, brandishes one droll zinger after another with such charming panache, it’s easy to forgive him for being such a condescending blowhard. Stark’s arrogance catches up with him when he retrieves the Staff of Loki, a mystical orb with nefarious potential whose powers Strucker had been using to conduct experiments in artificial intelligence. Stark, naturally, attempts to harness the technology himself and repurpose it to build a peacekeeping cavalry of sentient Iron Men, with Dr. Banner’s reluctant lab assistance. When the rise of the machines goes predictably awry, of course, evil robot Ultron (voiced with impeccably amusing menace by James Spader) is born and rallies his own cyber-kinetic army to unleash – what else? – total human destruction. Whoops.

Now facing an altogether ubiquitous and superior new foe, Stark and his comrades suit up and brace for a series of globe-hopping brawls to thwart Ultron’s metastasizing dominance. Plenty of Marvel sidekicks make cameos along the way, and Paul Bettany’s pragmatic, computerized assistant J.A.R.V.I.S. gets a major software update to reemerge as Vision, the group’s thoughtful android and existential sounding board. Die-hards will also be anxious to see misguided Hydra acolytes Pietro and Wanda Maximoff (Aaron Taylor-Johnson and Elizabeth Olsen) evolve from Ultron sympathizers to theAvenger-abetting Quicksilver and Scarlet Witch, respectively. Considering their importance to the continued Marvel universe (especially Scarlet Witch’s), S.H.I.E.L.D. agent Maria Hill (Cobie Smulders) summarizes the twins’ powers a bit too dismissively in one of the movie’s most memorable lines: “He’s fast, and she’s weird.”

Captain America (Chris Evans) and Thor (Chris Hemsworth), meanwhile, deliver their requisite brawn with winsome self-deprecation, as running gags involving Thor’s hammer and the Captain’s outdated social skills add familiar and welcome levity between exhaustive combat scenes. Both heartthrobs are relegated largely to the background when the action slows down, however, allowing for more personal travails between characters who don’t headline their own movies in the off-season. A budding, ultimately star-crossed romance between Black Widow and Dr. Banner may sound contrived or corny upon first listen, but Johansson and Ruffalo offer tender nuance to their heroes’ rarely-seen human psyches. A particularly heartbreaking and decidedly adult conversation in the film’s third act might even elicit a tear or two, and make you want to place your own hand in the palm of Hulk’s giant green mitt.

It’s Hawkeye’s development that might throw the biggest curveball, however, as a touching look at the wife (Linda Cardellini), kids and farmhouse he leaves behind each mission offers a straightforward relatability not often seen in movies so blatantly centered outside reality. Even Hawkeye himself seems in disbelief over his dual existence. “We’re fighting an army of robots. On a floating city,” he tells Scarlet Witch in the climactic final battle. “And I have a bow and arrow. None of this makes any sense, yet here we are.”

Avengers: Age of Ultron ultimately succeeds in bridging that elusive gap between cerebral stimulation and visceral satisfaction, paying proper homage to its pervasive source material while also wielding impressive creative liberties that should satisfy experts and neophytes alike. However, it’s also saddled with the burden of transition, ushering the franchise into its next stage as the two-part Avengers: Infinity War prepares to start shooting next year without Whedon at the helm. He’s not the only one making an exit. Ultron occasionally sags under the weight of cryptic exposition and obligatory introductions that feel shoehorned into a well-established dynamic some viewers might be loath to see disrupted. Don’t Hulk out over the looming changes, though. Some are fast and others are weird, but in a genre this ripe for repetition, any chance to break from the mold is a welcome one.